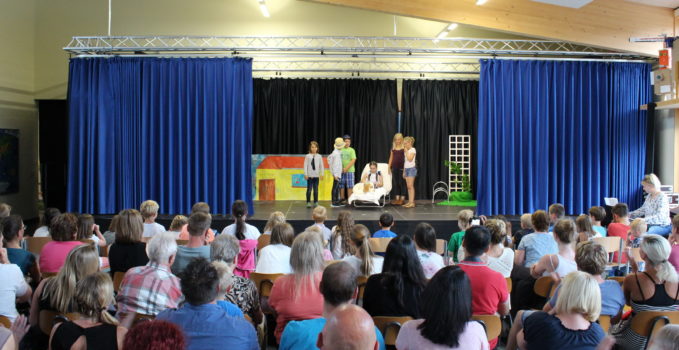 A New Stage for the Kentenich School

For a long time it was just a dream, however the readers of schoenstatt.org already know what happens to the dreams of the Kentenich School in Kempten-Leubas. One day they come true, usually more quickly than we expected and often more fully than we could have imagined possible. It was a dream – to have a real stage for the Josef Kentenich School. Now it is there! It was financed by donations and built by volunteers. It was fittingly inaugurated by the Theater-AG with the play The Wizard of Oz.

A real balloon hung over the stage

We have already had some productions by the Theatre-AG on our temporary stage. However, this production was a very special experience. Our new stage motivated the whole team, and not just the young actors surpassed themselves.

With the Wizard of Oz Mrs Baechtiger dared to put on a large play, which was edited by Harald M. Knes for the production with primary school children. For the stage props she plundered the cellar of her parent’s bakery in Switzerland. Mrs Weiss played the piano and co-opted her husband to take on the task of sound and light technician. Mrs Hyneck and the ladies who care for the children in the lunch break organised everything backstage. Mr Knes was there to help everyone with his advice and practical support. For example, he didn’t give in until a genuine balloon had been made and hung above the stage.

It was a joy to see how the children grew through this challenge. Two wonderful performances for enthusiastic audiences rewarded all the efforts and the team agreed that the investment in the stage had paid off.

The stage platforms can be raised with mounting feet to become tables that can be used for celebrations in the hall. From the donations we were also able to pay for new chairs and sound insulating tiling to provide better acoustics.

Our next goal is to buy audio and lighting equipment for the stage, because we often use them during the year and have to hire them. Despite the large discount given by Mr Weiss, the cost is nevertheless a drain on our limited resources.

We would like to thank everyone very warmly whose donations have made it possible for us to build a stage for the hall, as well as buy chairs and sound insulation. 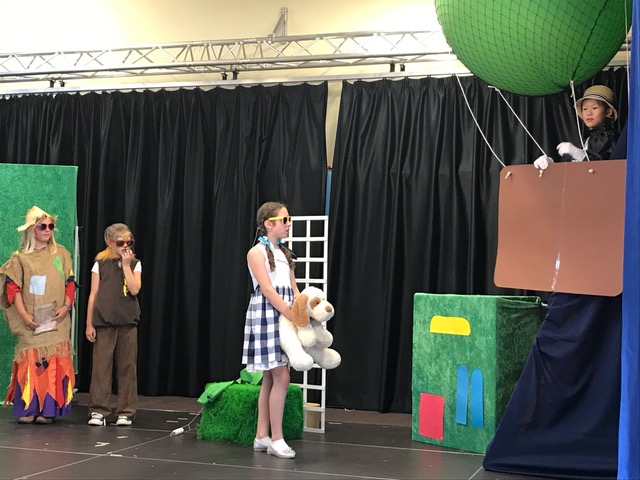