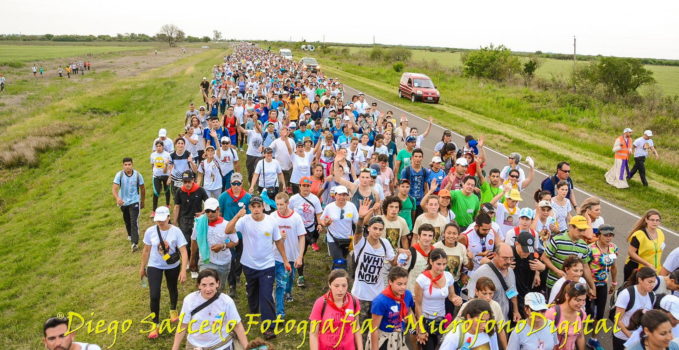 Preparation of the 35th Pilgrimage of the Villages Hasenkamp-Paraná

ARGENTINA, communication team for Pilgrimage of the Villages  •

Amoris laetitia (The Joy of Love in Latin) is Pope Francis’ second post-synodal apostolic exhortation, signed on 19 March 2016 and made public on 8 April 2016. As the subtitle of the document indicates, it is about the love within the family so Christian spouses are explicitly mentioned in the part indicating to whom it is addressed.

As is customary in the Church, this exhortation was published at the conclusion of two synods, one extraordinary and the other ordinary, (in this case about the family), which took place in Vatican City in October 2014 and 2015 respectively.

This document calls us to reflect profoundly on the love within the family: the love of spouses, of brothers/sisters, of parents, children. Therefore during the 35th Pilgrimage of Hasenkamp-Paraná Villages, which as every year, will be held Friday and Saturday on the eve of Mother’s Day in Argentina (13-14 October 2017), the motto that will guide us during the 26-hour walk is: Mary, give us the joy of love.

Last year, the Pilgrimage of Villages was suspended because of inclement weather, and it did not reach the Shrine. Now everyone is praying this year they again can walk towards the sunset.

How would it be if we only behaved with the simplicity of children and Christian joy? If we would allow ourselves to be wrapped in the abundance of the Spirit and trust in God knowing that the most profound and true love resides in him? Perhaps by learning to say yes, we can transform ourselves into small instruments to carry out great works.

There were two people who knew how to listen to God’s will, and they were able to show their love for Mary by beginning this pilgrimage. They were two boys from the Schoenstatt Boys’ Youth of Hasenkamp: Amelio Rodríguez and Jorge Quiroz.

In 1983, they were preparing to seal their Covenant of Love with the Blessed Mother, and they decided to visit her in the Shrine of La Loma in Paraná, but in a different way. They gave up comforts, and they transformed their desire into an unusual odyssey. They proposed to unite the 90 kilometers that separate Hasenkamp from Paraná on foot.

Water was the sign that marked the pilgrimage from the first day. A strong storm forced them to abandon the walk, but on the following weekend, Jorge and Amelio started walking again for the first time as pilgrims to meet “the Leader” (as they call the Blessed Mother) in her house at La Loma.

“Someday people will leave the fields to join this pilgrimage”

Half-jokingly, half seriously, one of the two youths dared to express a thought that smacked of utopia. However it was not long before it became a reality. Not only did people from the fields join, but little by little, villages of the diocese and those beyond also joined. This is the reason it is named the Pilgrimage of the Villages. 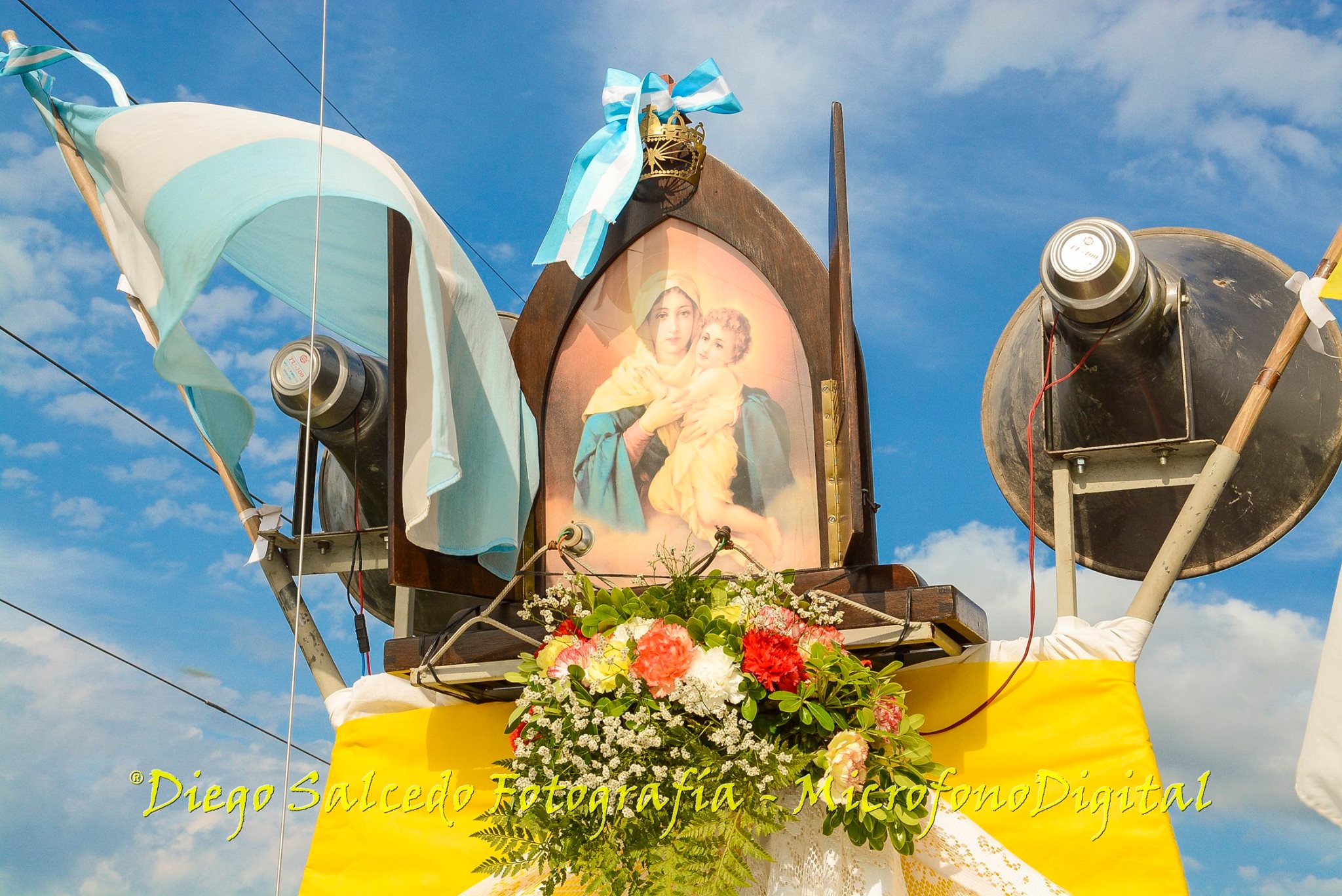 Pilgrimage of the Villages

During the first years, there was no set date for the pilgrimage. Bishop Karlic then suggested a date be established so it could be incorporated into diocesan calendar; the decision was then made to set the date on Friday and Saturday before the third Sunday of October.

Every year, on Mother’s Day eve, the Blessed Mother brings together thousands and thousands of pilgrims at the Hasenkamp Wayside Shrine, taking them by the hand and walking with them, for 26 hours to a new Puesta de Sol (Sunset). The smallness of the instruments, the magnitude of the difficulties, and the greatness of the supernatural fruits annually confirm Mary’s love, which is manifested in a special way in this event. 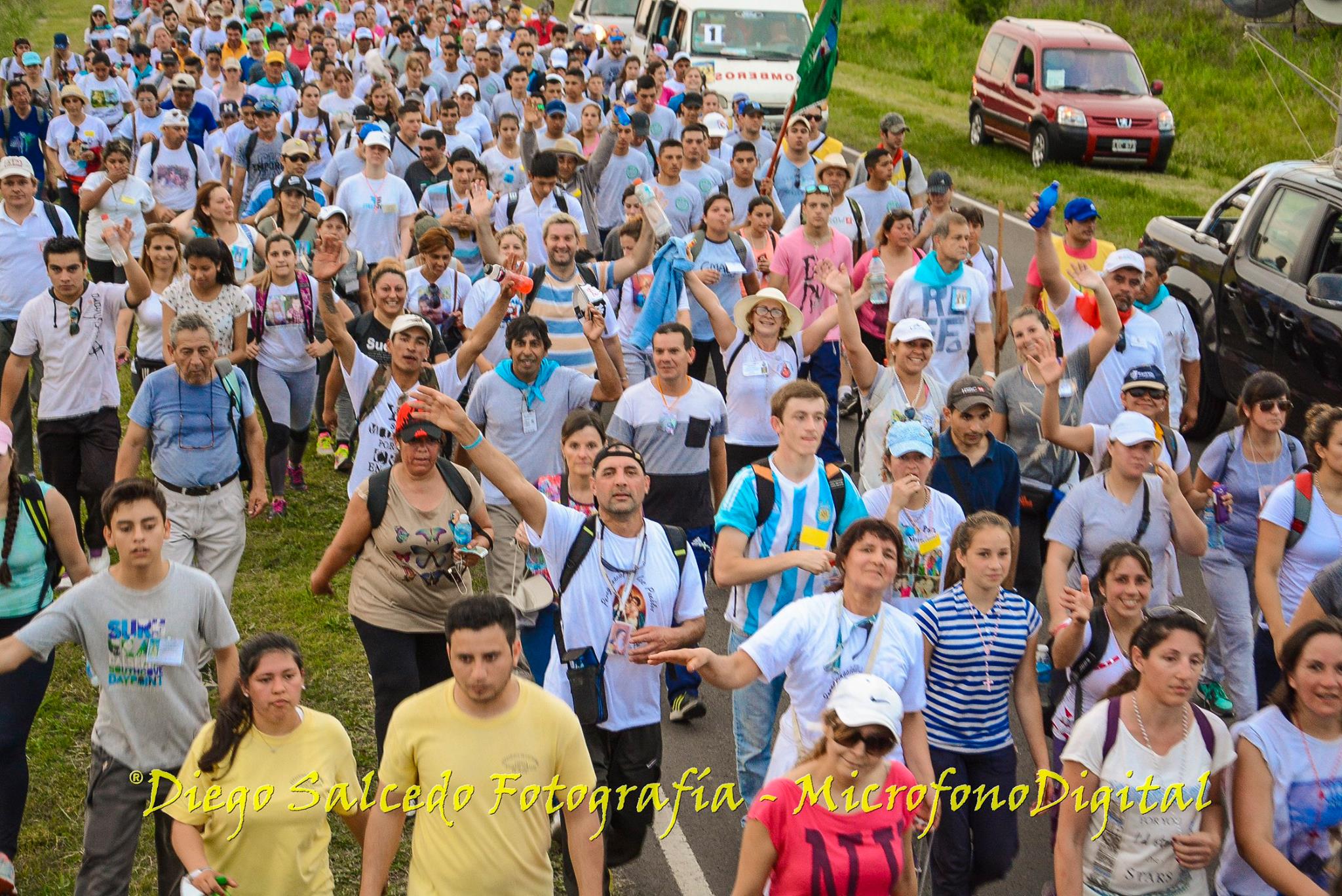 Photos: Diego Salcedo Fotografías, Pilgrimage 2016
Website of the Pilgrimage of the Villages