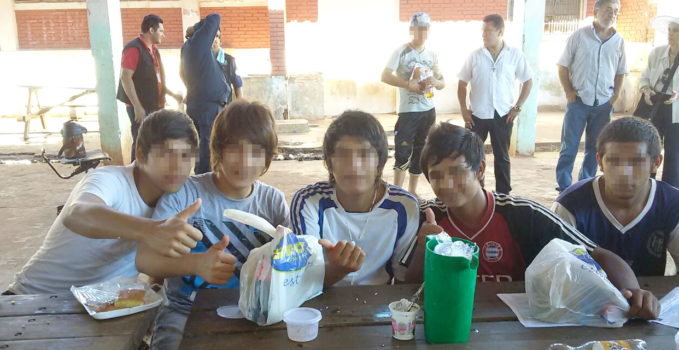 “Thank you, Fr. Pedro Kühlcke, for being the Blessed Mother’s best instrument of bringing us close to those who need us the most.  Undoubtedly it was one of my best Christmas Eve’s in the company of the Prison Ministry volunteers,” commented Cristy, who spent Christmas Eve afternoon at the detention center with the ministry team and other volunteers. They gave food, time, interest, hugs and affection to more than 200 youths, who were spending Christmas in jail instead of with their families. 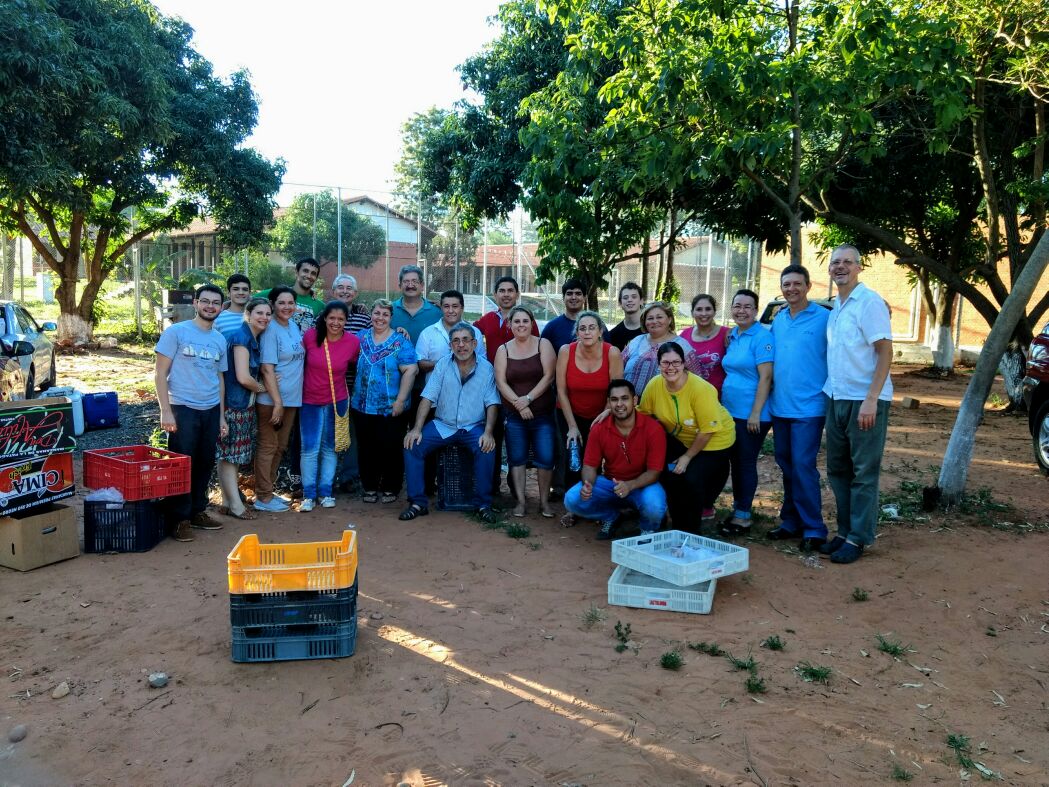 A plate of food as a gift for Jesus

“Christmas is coming! Jesus’ Birthday! If he were a good friend of yours, wouldn’t you take him a gift?  Sometimes it is hard to decide what to give a friend. I propose a gift: Jesus would love for you to give a plate of food to a minor deprived of his freedom, or better yet, any number of plates you want and are able to provide. The Prison Ministry, Mary’s Visit, led by Fr. Pedro Kühlcke wanted to have dinner on Christmas with them, and for this to happen, we needed 200 plates of food, which would have been impossible without your help.  This is the third year we have done this, thanks to the generous support of people like you.  It costs 30,000 Guaraníes per plate (a little more than $5.00 American dollars) and that includes a drink. This is what we ask because we want everyone to have the same food and presentation” – this was the invitation extended on the last day of Advent through social media (which proves once again that social media as such is not the problem, but rather how it is used). 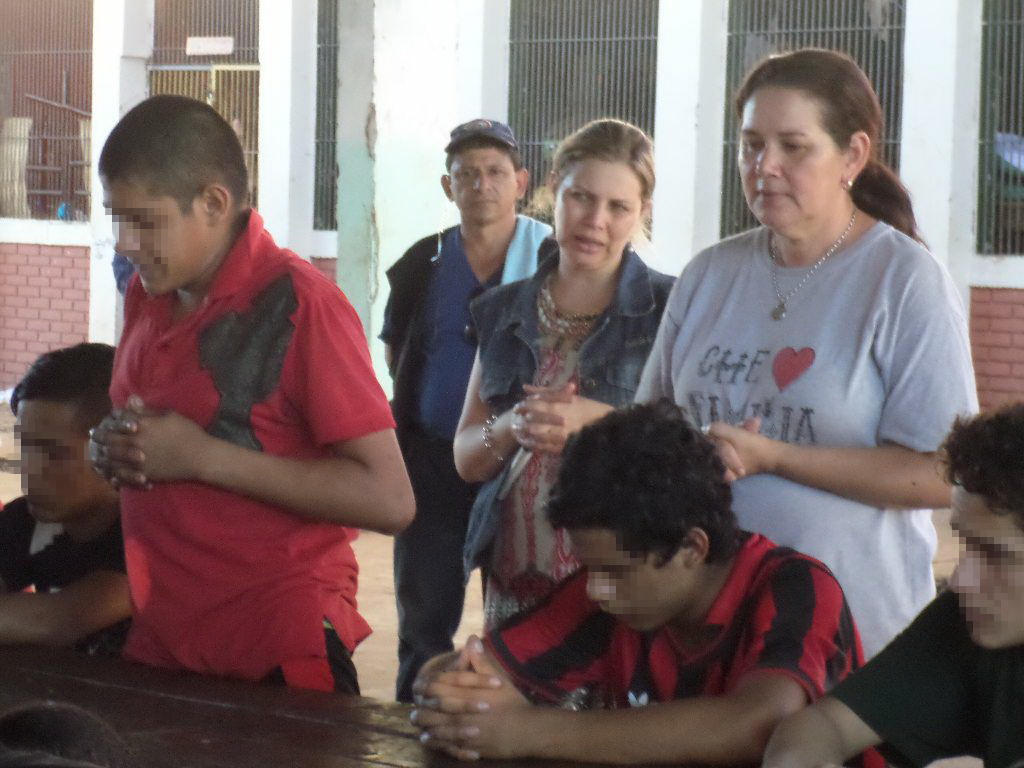 The best Christmas of my life

“I dare to relate a testimony Fr. Pedro Kühlcke told us. A young boy approached him, and he thanked him for the Christmas dinner, confessing with tears in his eyes that it was the best Christmas of his life, because he had never had a table set with a plate of food prepared for him. Just like that! It is so easy to make someone else happy; more importantly, fulfilling the Lord’s words: ‘I was a prisoner and you visited me,’ and thus giving something to these boys, who are completely devoid of affection and of everything that a human being deserves, and is perhaps the reason he is where he is. Inspired by the Advent readings is this: May within the desert our lives, may we grow a branch, a flower, which is the generosity and love of neighbor. 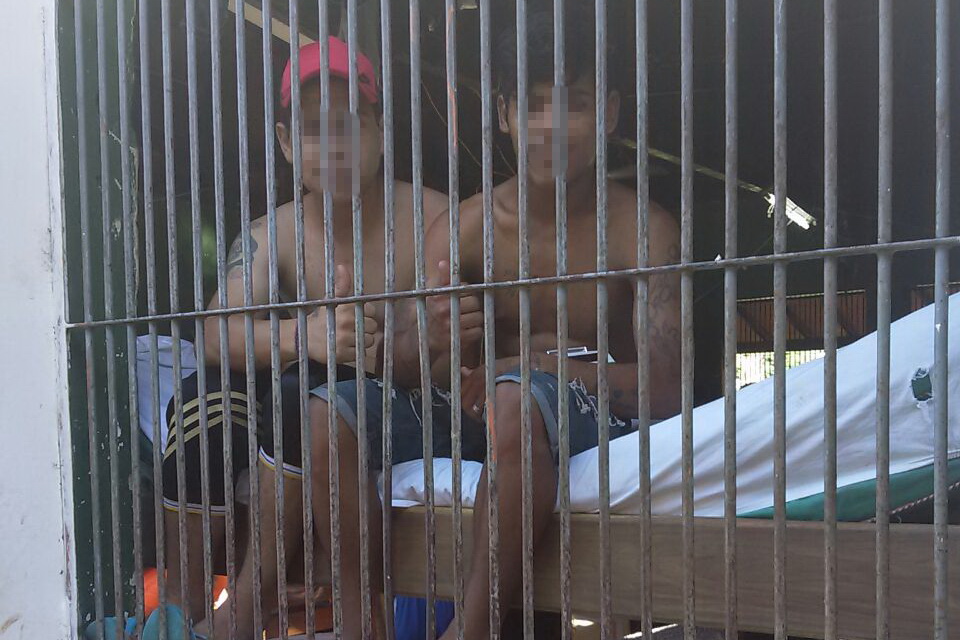 The goal was reached and was even surpassed. At 3:00 p.m., everyone from the prison ministry and a group who took sweet bread and candies for the boys, were ready. The salads were made early at Ismelda’s home and desserts were donated.

The meal was served in three shifts. Everyone went to the youths who behind bars. They were happy, but there were also many tears. It was necessary to give even more hugs than those of the usual visits.  So much sorrow, such a desire for a family… It was the third Christmas at the detention center, but the first one where the youths verbally expressed their gratitude. One from each group stood up to thank the group. One of them even said grace before the meal.

They expressed gratitude for all the delicious things that were brought, and they said they had never eaten anything so delicious, but what they commented on the most was how happy they were that we had visited them on this special day leaving our families to come to the detention center. They were very grateful for this. It was evident that they needed this affection, this hug more than ever.

Fr. Pedro Kühlcke and a prison ministry group not only visited the youths at the detention center on Christmas Eve, but they also visit them every Saturday. Many times Fr. Pedro goes during the week to hear confessions and to console; he prepares them for the sacraments, he provides food, gives them clothes, shoes, or takes a photo that was taken the previous time, to make them feel as important and well-known people. 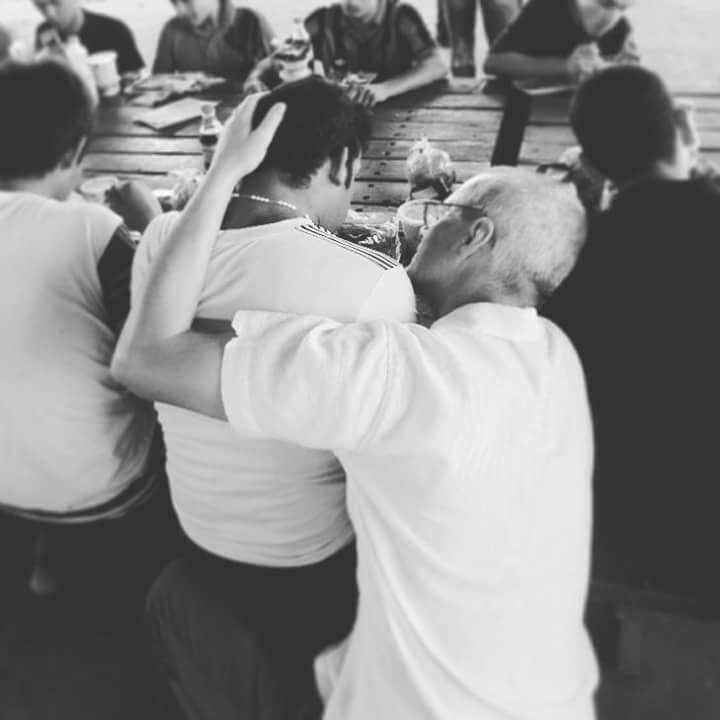 If you wish, you can be a part of this great work of mercy, without visiting the detention center.  Through your donation, no matter how small, you can make a young boy smile and even make him dream of a better future.

This new online donation system is still beta. It is an initiative of solidarity to raise funds for Schoenstatt Projects. For the moment, PayPal is available (worldwide) as well as two options for online bank transfer free of charge (only within Europe). Soon donations via Credit Card will be added. The language of the donation form is spanish (this is simply for cost reasons), but is self-explaining. 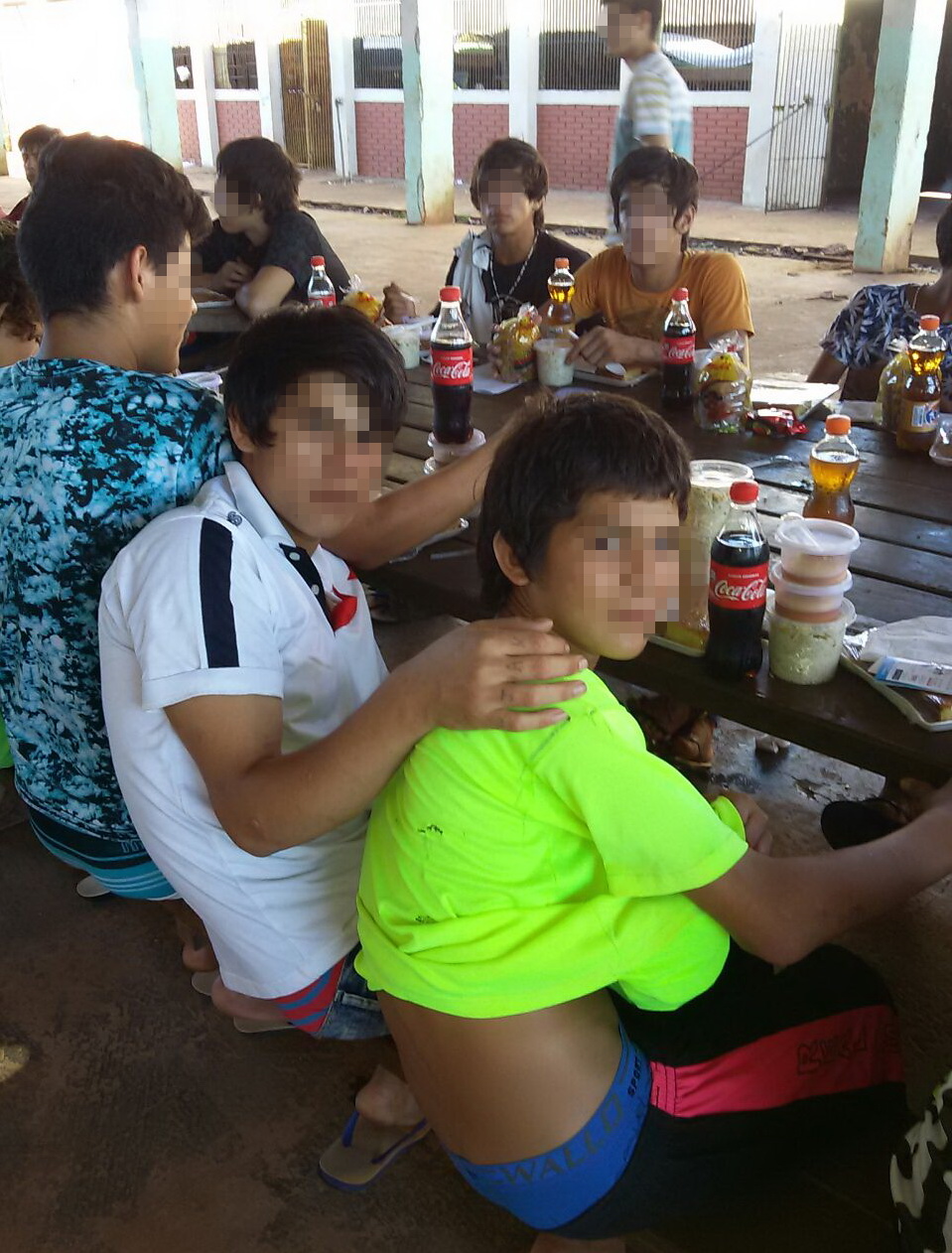