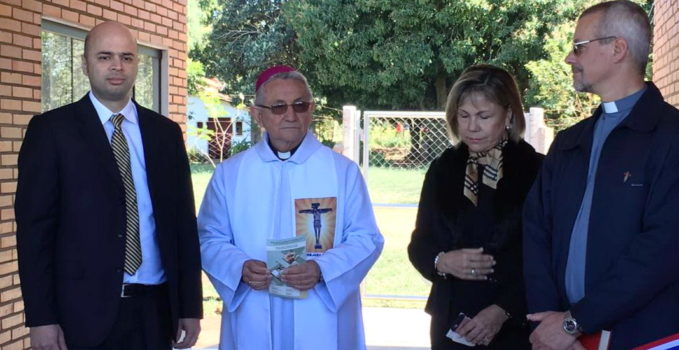 Mother of Tupãrendá House’s Inauguration: “…it is the Blessed Mother’s work.”

“Our HOUSE was inaugurated on the Feast of Mary’s Queenship! The Blessed Mother gave us a beautiful, sunny day filled with joy, and most of all, hope for many youths!  The boys are very happy and proud to say that they are at the House!” Mirta Etchegaray proudly and ecstatically commented on the night of the 22 August. Something touched her even more deeply: “To hear those who are still in jail say that they already want to come here, filled me with emotion! The challenge and responsibility are enormous.  Nevertheless, I am sure that it is the Blessed Mother’s work.”

The Foundation for the Promotion of Values and the Prevention of Violence (Fundaprova for the first syllables in Spanish) inaugurated the Work Training Center “Mother of Tupãrendá House” that offers training for youths and former inmates and for the purpose of social reintegration.  Representatives of the Justice Ministry and of Fundaprova proceeded to the blessing of this center for the reintegration of teens and youths up to the age of 20, located at the Mother of Tupãrendá  House in Ypacarai. Boys who have been in prison for some time are eligible. Twenty youths make up the initial group that will have the opportunity to learn the baking or horticulture trades for which they will receive a salary.  The only requirement is for them to come to the place on their own, and to write a letter explaining the reason they are interested in enrolling at the center. 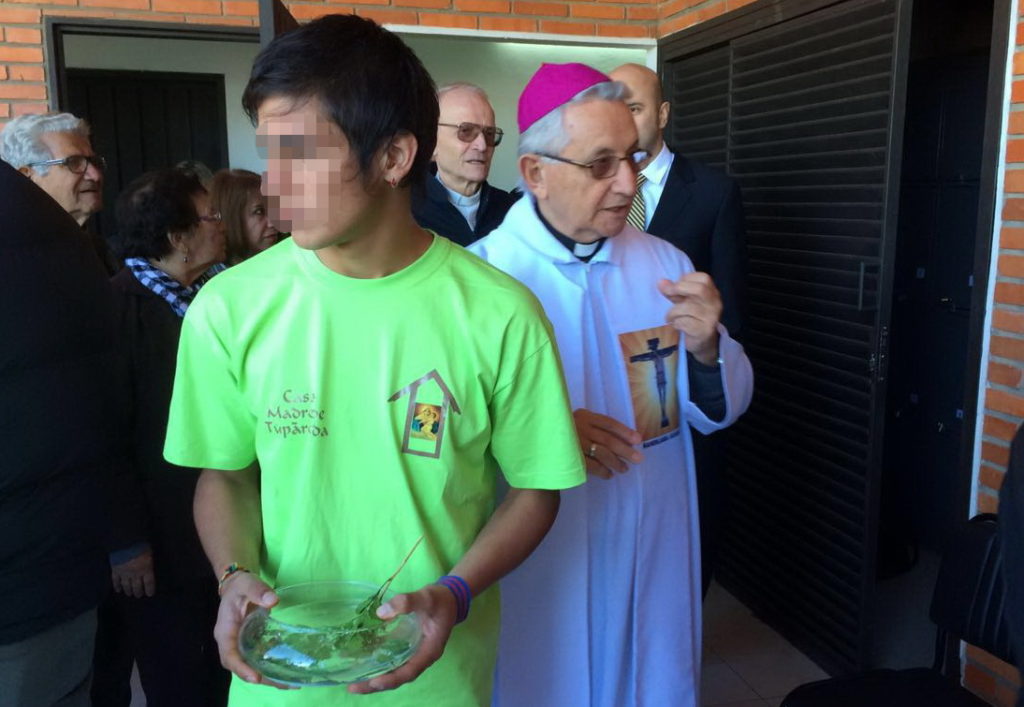 What remains of  the Year of Mercy

Early in the morning of 22 August, members of Fundaprova, representatives of the Ministry of Justice, Schoenstatters, and many of the many collaborators of this great work of Mary arrived at the house where the most needy youths will learn a trade and feel loved. Before cutting the ribbon in Paraguay’s colors, Fr. Pedro Kühlcke, initiator of the work that emerged from his visits to the juvenile detention center close to Tupãrendá, expressed gratitude to everyone for their help, and he asked that they continue to collaborate since the youths and all those in charge of the House need it.

Then Bishop Claudio Giménez of Caacupé blessed every room of the house, the dining room, the bakery, and finally the organic garden. On the way, they passed by the simple wayside shrine, the first “building” on the grounds and  Mary’s visible promise to work the miracle of this great Schoenstatt  work in the Year of Mercy.  Ani Souberlich, Mother of Tupãrendá House director, commented:  “The 100 houses of solidarity are what remains of the Covenant of love Jubilee; the Mother of Tupãrendá House is what remains of the Year of Mercy.” 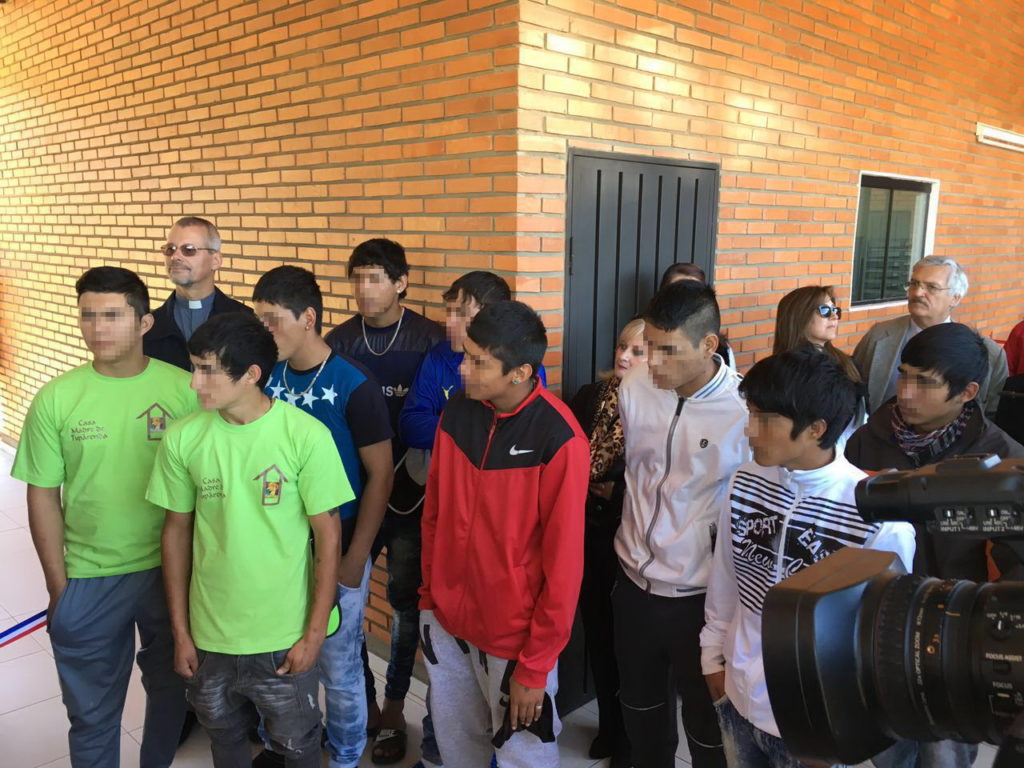 Working holistically to support the boys and their families

“For now we will start with twenty boys.  They will not sleep here, but in the contract that they signed when they enrolled, they committed to certain terms, for example: being punctual, no drug use in the house, grounds, or being there under the influence of drugs. The consequences of not fulfilling these stipulations will only be a reduction of some benefits they have access to in being here,” Ana María Mendoza de Acha, President of Fundaprova, mentioned.

Presently, they begin with two trades, but they have not ruled out the possibility of increasing the activities.  The youths will only remain six months at the center, since they are also negotiating for placement at some institution or business where they can work.  To accomplish all the outlined goals, they have a group of specialists who work closely providing psychological support to the youths as well as for their relatives.

“We have a psychologist here who will give them support.  There is a center for addictions and a social worker is in charge of reaching each one of the families, because we know it is difficult to re-incorporate the youth if his surroundings are not re-incorporated with him. First, we try to improve the family so that he can improve as well,” Ana Maria Acha concluded.

“This is the product of a system that favors inequality,  promotes ignorance and misery and deprives a large part of the population of opportunity,”  Mariju Fukuoka, a Schoenstatter committed to the political sphere commented. “Without forgetting society’s indifference and lack of commitment in not struggling deeply for real change, and only limiting itself to philanthropic actions that do not get to the root of the problems.” 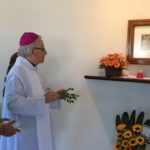 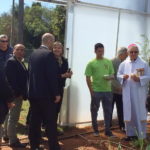 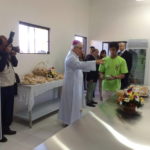 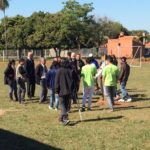 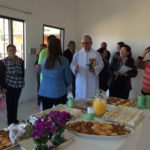 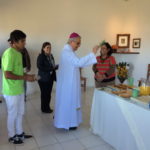 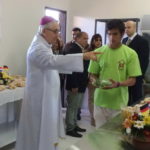 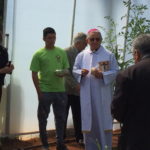 “Sunday, at the Shrine after Masses, we will sell baked goods from Mother of Tupãrendá House,” Ani Souberlich commented.  “With that income, we will be able to buy more flour to continue with the bakery.”

During the week, the house continued to fill with new clients, while we hear all the appalling reality they also experience in their lives. “N. was stabbed, he is in bed recuperating, that is why he has not come. It is good to know that he has a godmother who prays for him every day,” Ani said. Another hurt his feet; of course, he received an antiseptic ointment and a bandage. “No one has ever given me this in my life…” said another youth, X., who also has a sponsor and who did not appear for two days.  “Yesterday he returned, we had a long talk, and he was told if he did not arrive on time today, he would not be able to come until he decides to change.”  Strong prayers, like “gentle power, but not so gentle.”

It is difficult to abandon old habits … Chocolate even though it makes us gain weight, driving 100 miles an hour in a 70 mile an hour zone even though one is fined, going to bed very late and just surviving the first hour of work with the help of more and more coffee, sleeping in front of the screen even though it causes a headache…These boys have much worse habits to give up …  “I have  the bad habit of buying clothes I really do not need,” a godmother remarked, and erased all emails with offers for brand name clothing that is soooo inexpensive… “Wednesday the moment of truth arrived:  today, punctually at 8:00 a.m. X came running and he said to me:  ‘I want to change, I want to do my part…’ ” Yes, X., it can be done! 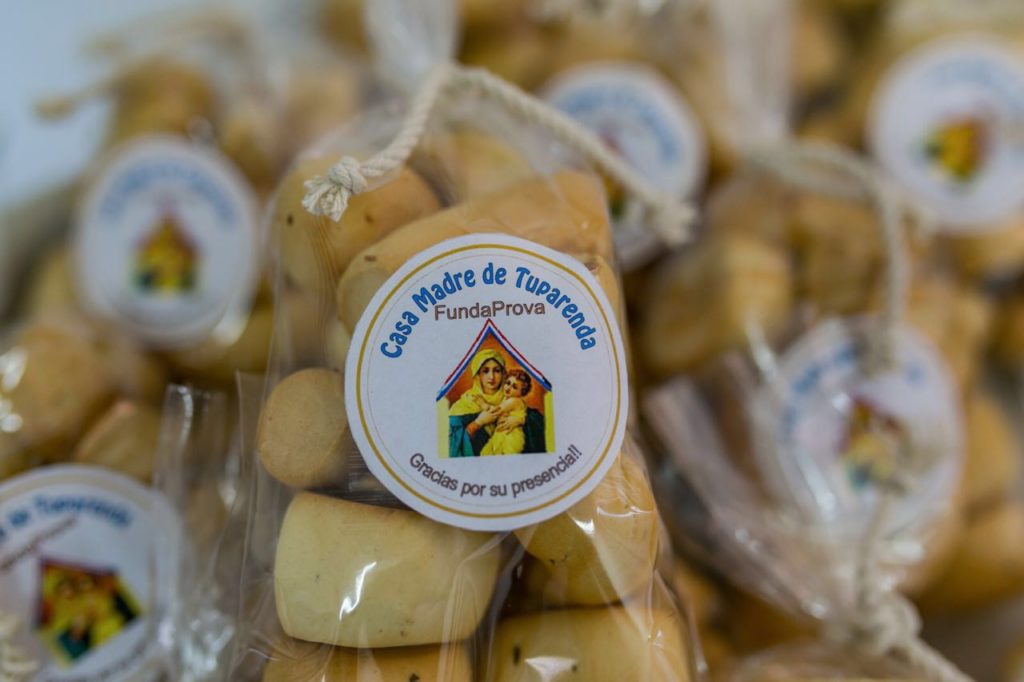 A child’s heart is reborn

Friday, they went to return the awnings to Tupãrendá near the canteen; a children’s park is nearby.  When they saw it, “their child’s heart” was reborn… They forgot about everything and for a long while they were happy, and they swung on the swings and played on the seesaw. 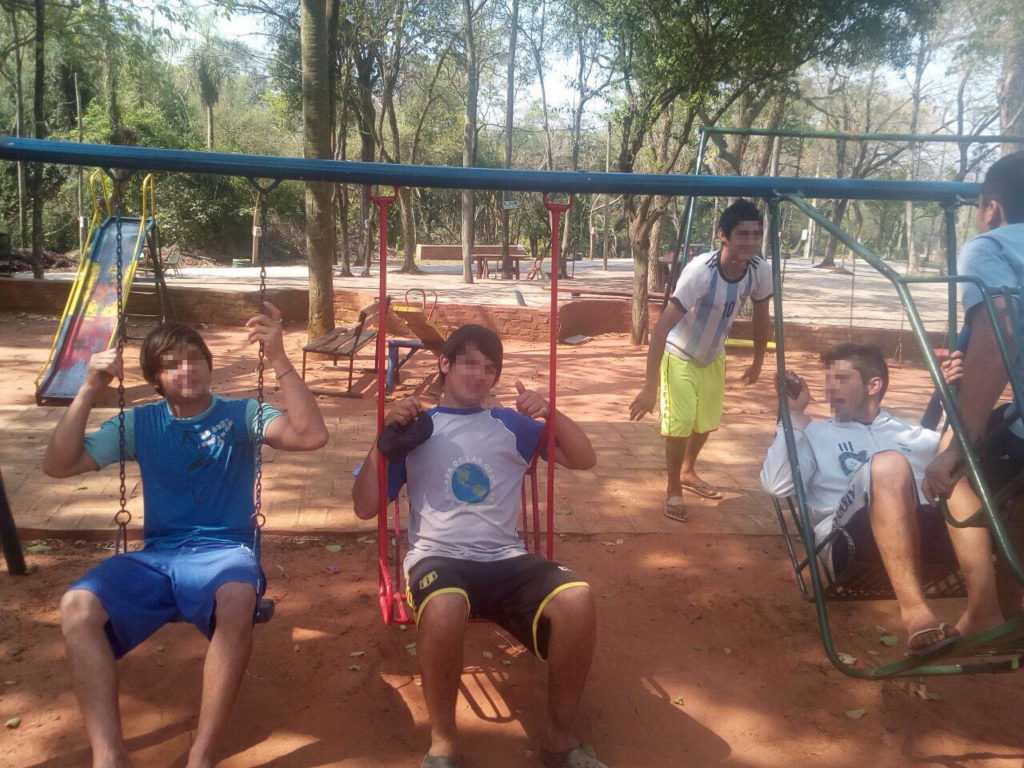 “I am grateful for this opportunity that you are giving me,” one of the youths wrote. “When I found out, through Fr. Pedro, I thought that it was a good opportunity you are giving me, for the only reason to show many youths, we can really change if we want to…” Then he reveals his great goal and reason for wanting to make an effort: “I want to finish school, and before that, I want to learn a trade here.” But there is something greater that he wants: “To be an educator like Rodolfo and Luis; I am very interested in working with youths, I want to form part of the family…On my part, I will make a great effort, pay attention and be responsible…”

If you want to help with your donation (every contribution helps): 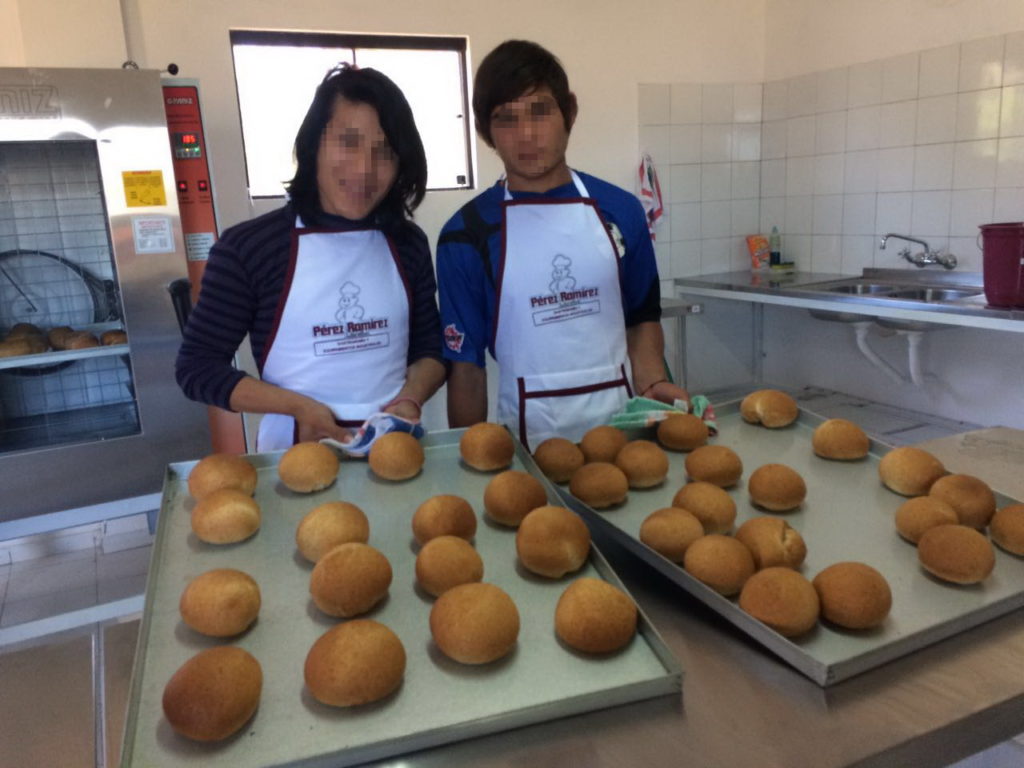