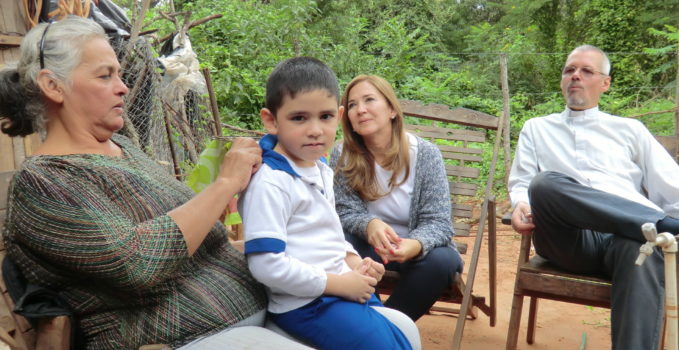 I am society… challenged to act

The phone rang.  My sister-in-law told me that my nephew had been assaulted two blocks from his house!  I asked the usual questions:  Is he okay? Was he hurt?  He was not hurt, and then she told me about the assault.  Two boys, one about age 12 and the other 17 stopped him, and at gunpoint, they demanded his cell phone and wallet.  He gave these to them and ran home where he called his mother.  They went to the police station to report the robbery and to follow the necessary procedures.  The police officer said:  “They are always the same ones,” and there was little or no hope of retrieving the cellphone or the contents of his wallet.

Weeks later, because of life circumstances or rather Divine Providence, I committed to accompany the prison ministry team on their visit to the Juvenile Detention Center. 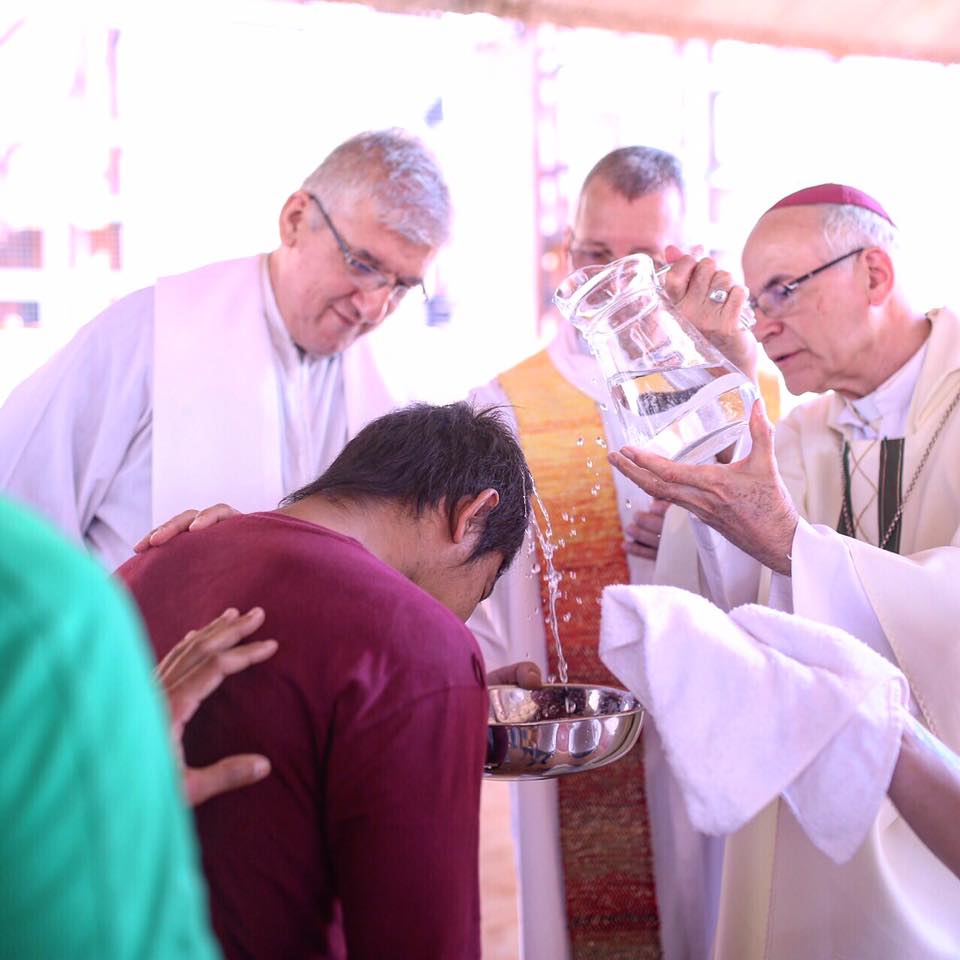 After a long hour stuck in Saturday traffic, I arrived at the Juvenile Detention Center in Itauguá.  Since I arrived late, I entered alone.  “I am with Schoenstatt,” I told the guards.  They requested that I leave all my valuables, and after registering, they told me how to enter to meet with the prison ministry team.  We waited in the chapel for the boys to enter.

The first group of approximately thirty-five boys arrived.  It surprised me that one of them was so small, he seemed to be 12 years old.  Later they told me he was 17, but he is very short because of malnutrition.  We introduced ourselves, we prayed, then they got in line, we gave them snacks and I had a chance to speak with some of them.

Pedrito’s (fictitious name) story touched me.  Unknown father, his mother went to work to Spain several years ago as a domestic worker, and he never heard from her.  He stayed with his grandmother, who died of cancer; he was alone… From there, he became friends with other boys, he cleaned windshields, and he tried “crack” (a poor quality cocaine that is smoked).  He became a cellphone thief, and then motorcycles in order to “earn” a living and to obtain the money needed for food and drugs.  One of the robberies went bad, and now he is serving his sentence.  He told me he would be released in a few months, and he has nowhere to go.

Time is up.  This group leaves, and we repeat the process with the next group:  introductions, prayer and snacks.  The faces are different and at the same time, they are the same.  All of them have the smell of poverty and loneliness.  I heard other stories:  the common factor is the lack of resources, indifference, family violence, and drugs.  I ask myself where is the State? Where is society when they need help? 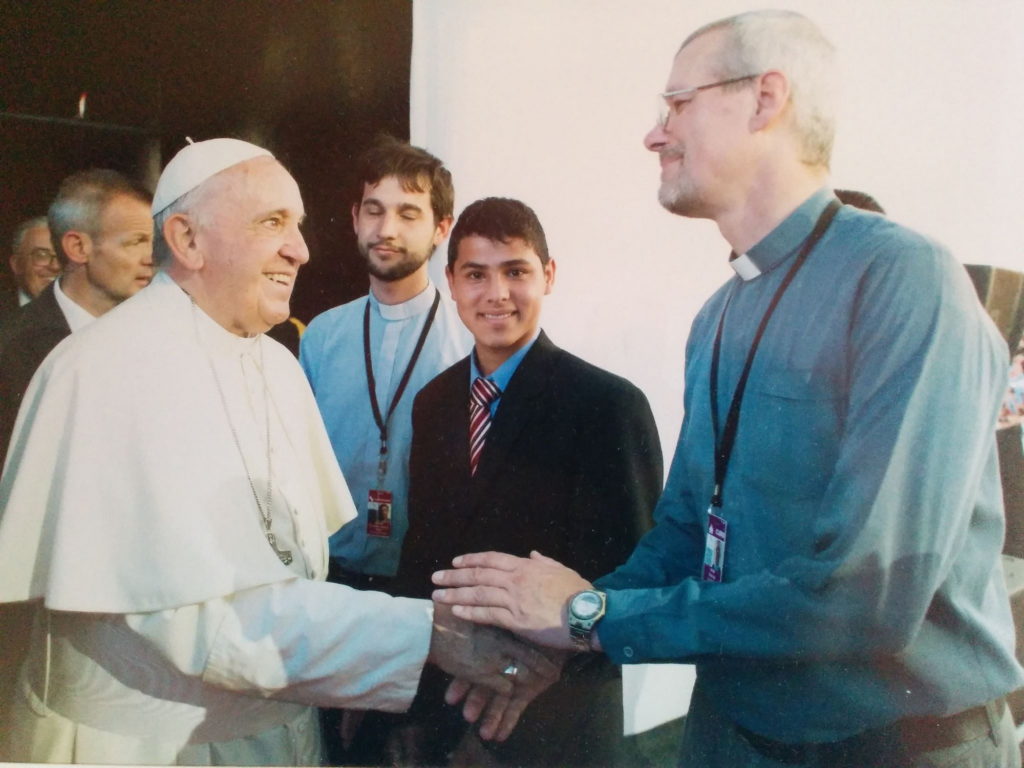 I am society… caring and giving them a chance

When I returned home, I found out that my nephew got a vehicle, so he no longer risks walking.  Now his home has security cameras, and in a few weeks, the assault will just be a bad memory for him.  However, for Pedrito and his peers it will be months in jail, only to return to the same reality, without hope.

Then, like never before, I became aware that I am society, the same one that with its egoism and indifference that is scandalized about violence and insecurity, but not moved by the poverty of others.

I looked at the Blessed Mother’s picture in my Home Shrine, she returned my gaze with the Child in her arms.  It seemed that she told me:  “My daughter, it took a long time for you to become aware.  It does not matter, what is important is what you will do from now on.”

That is how the Blessed Mother works, that is how I joined the Mother of Tuparenda House, where we work to give boys released from jail an opportunity, where we will make them feel that we care about them, and we will give them a chance to get ahead, perhaps for the first time in their lives. 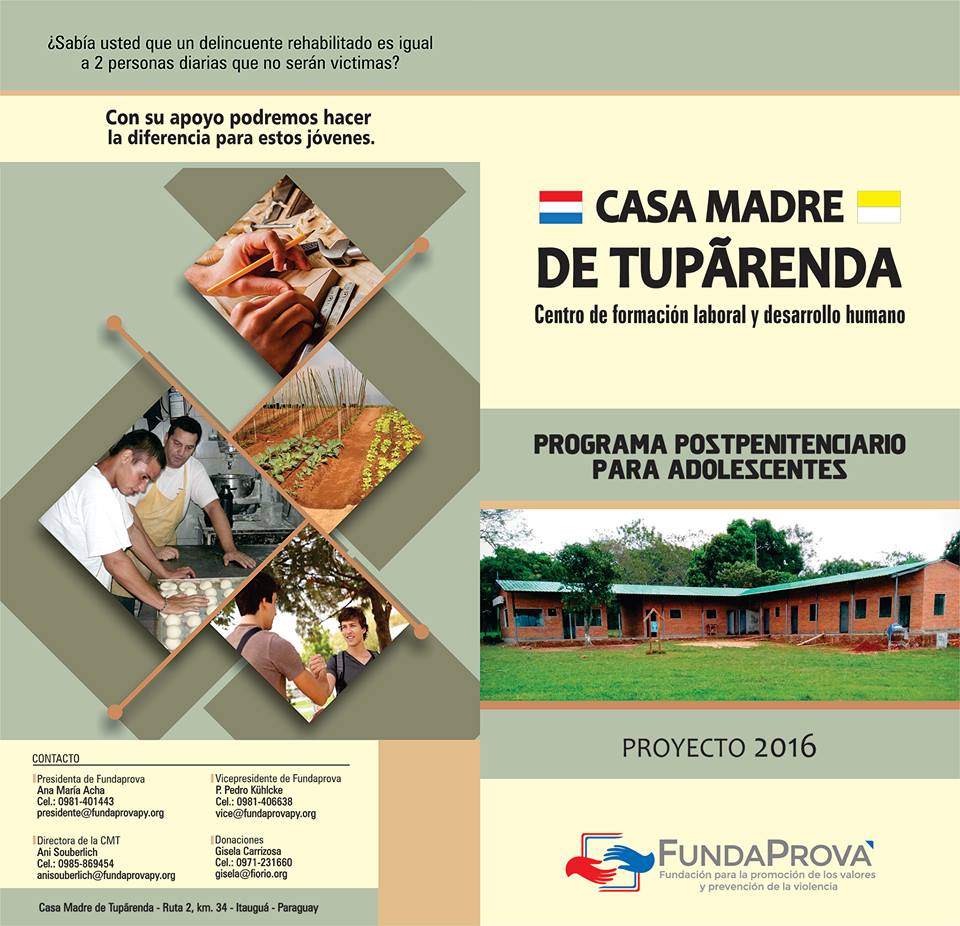 Photo above:  Susanna visiting a family of a youth, with Fr. Pedro Kühlcke