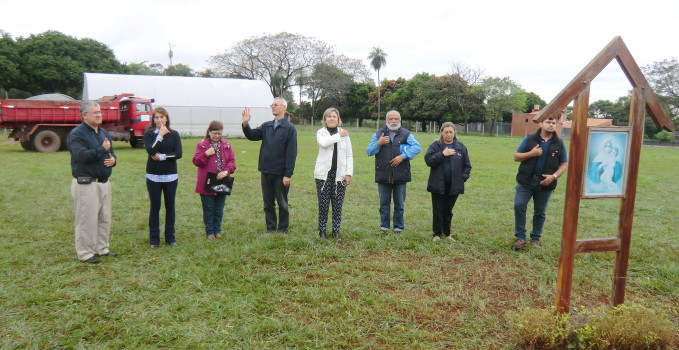 A dream come true: the House Mother of Tupãrenda 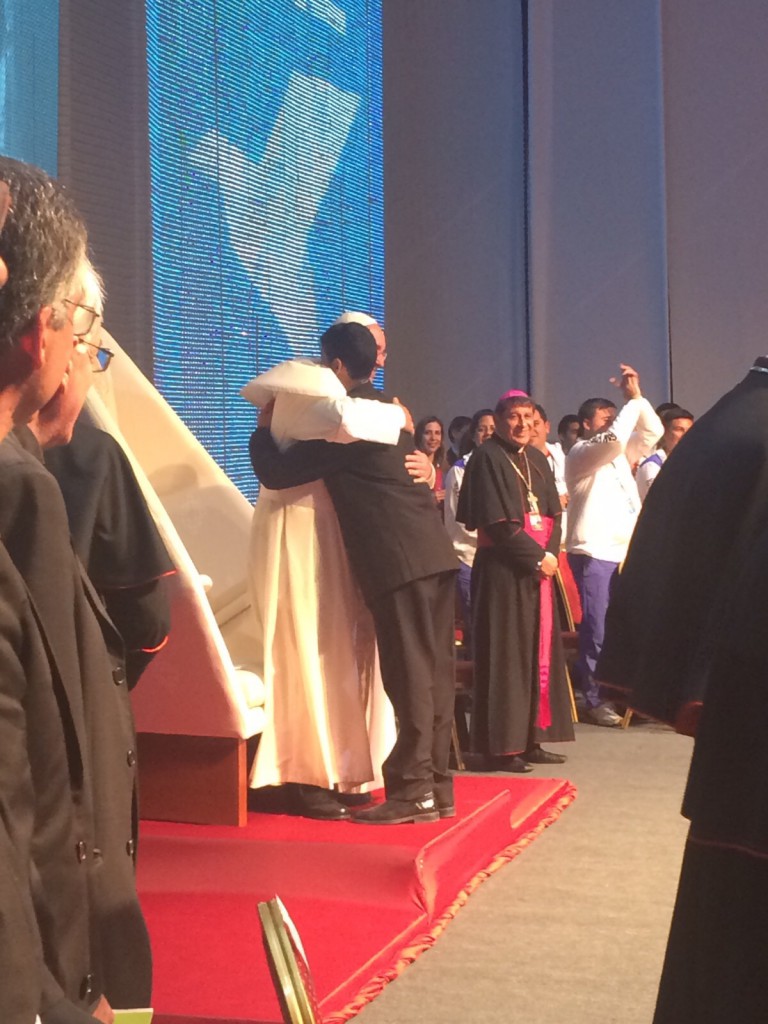 “Holy Father, do you remember Orlando?” Fr. Tommy Nin Mitchell, the director for the Schoenstatt Movement in Paraguay asked the Holy Father during the audience with the General Chapter of the Schoenstatt Fathers in September 2015. “Yes, I remember Orlando,” said Pope Francis. Orlando is the young boy – interned at the minor penitentiary in Itaguá – who greeted the Pope in Asunción during his meeting with the youth, which resulted in the Holy Father changing his speech. “After having read the Gospel, Orlando came up to me and said, “I ask you to pray for the freedom of each one of us, of everyone”. This is the blessing which Orlando asked for each one of us. It is the blessing which all of us together now pray for ….” “Very well, Your Holiness,” said Fr. Tommy and presented him with a picture of the Mother Thrice Admirable of Schoenstatt, “Please bless this picture of Our Lady of Schoenstatt for the House Mother of Tupãrenda, which we’re building to accommodate youngsters like Orlando, so that they can fulfil their dream to be free and have a new life…. 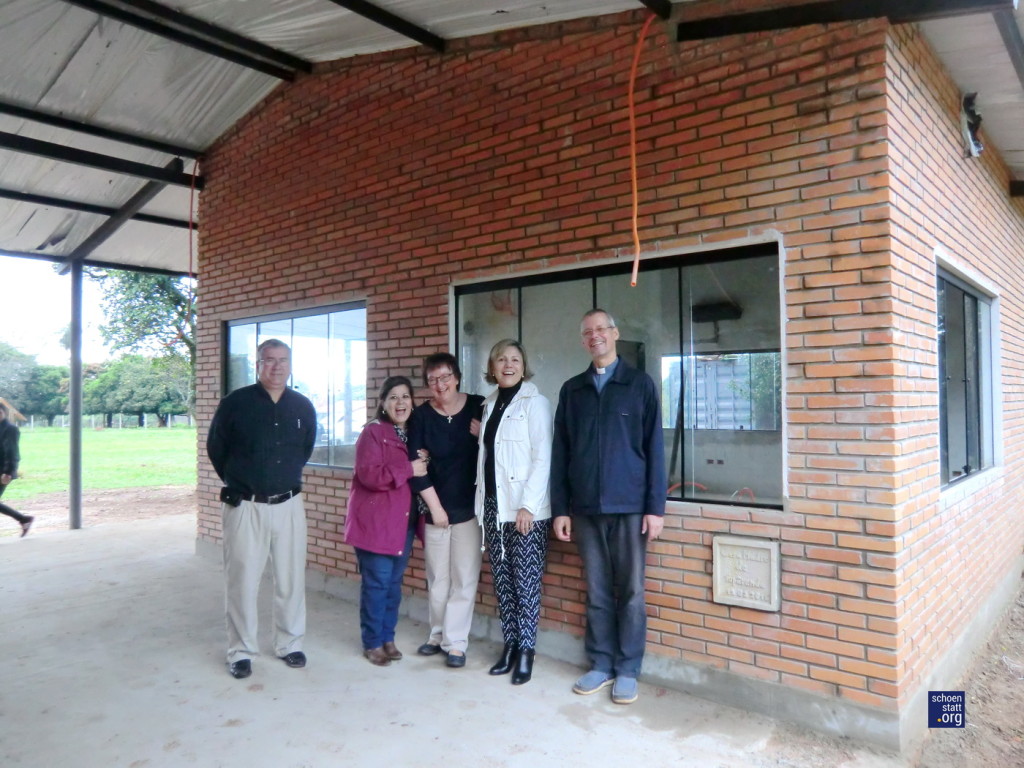 On Saturday 7 May, Fr. Pedro Kühlcke told this story to the workers and those who will be in charge of the future  House Mother of Tupãrenda to celebrate the completion of the roof. This house, which will  begin to function on July 4, will have a picture of the Blessed Mother blessed by Pope Francis for the twenty young men who, after leaving the prison, will find in it a place to start their new lives in freedom, and for those who will work for them in this place.

“This is the blessing which Orlando asked for each one of us. It is the blessing which all of us together now pray for: freedom. Freedom is a gift that God gives us, but we have to know how to accept it. We have to be able to have a free heart, because we all know that in the world there are so many things that bind our hearts and prevent them from being free. Exploitation, lack of means to survive, drug addiction, sadness, all those things take away our freedom. And so we can all thank Orlando for having asked for this blessing of having a free heart, a heart that can say what it thinks, that can express what it feels, and can act according to how it thinks and feels. That is a free heart! And that is what we are going to ask for together: the blessing which Orlando requested for all. (Pope Francis, 12 July 2015)

At the way side shrine where the agreement was signed

“We pray at the wayside shrine where the agreement was signed nearly a year ago,” said Ana Maria Acha, the president of Fundaprova (Foundation for the promotion of values and prevention of violence).

On 4 June 2015 Justice Minister Sheila Abed; Fr. Pedro Kühlcke, the chaplain of the Itauguá Educational Centre; and the Fundaprova president, Ana Maria Mendonza de Acha, together with other authorities and a group of the youth from the Esperanza [Hope] pavilion of the prison attended the blessing of the wayside shrine of Our Lady of Schoenstatt. It was like the foundation stone for the construction of the house-school that will house twenty youngsters who have served out their sentences. Before this they had gathered in the shrine and the agreement was signed on the altar by both parties who will help the newly released youngsters.

A year later they gather around the wayside shrine with a view of the house, the external walls of which are almost ready. Ana Maria Acha; Fr. Pedro Kühlcke; Mirta Contini de Etchegaray, the supervising engineer for the construction; Gisela Fiorio, who is responsible for collecting funds; Jaime Ortiz, the builder and his children Pablo and Elena Ortiz – who are also builders – Augusto Ramírez, the architect; and Maria Fischer from Schoenstatt.org. All Schoenstatters.

A simple prayer, and blessing for the construction underway, a prayer for all who will work there in the future (the first employee began work the following Monday), for those teaching the various work skills courses, and above all, for the youngsters who will move in soon, very soon. It’s a dream that is coming true…and Fr. Joseph Kentenich’s dream, who said that next to each Schoenstatt shrine there should be a formation house and a house for social engagement. Mary, Educator of the new person, but above all, Mother. 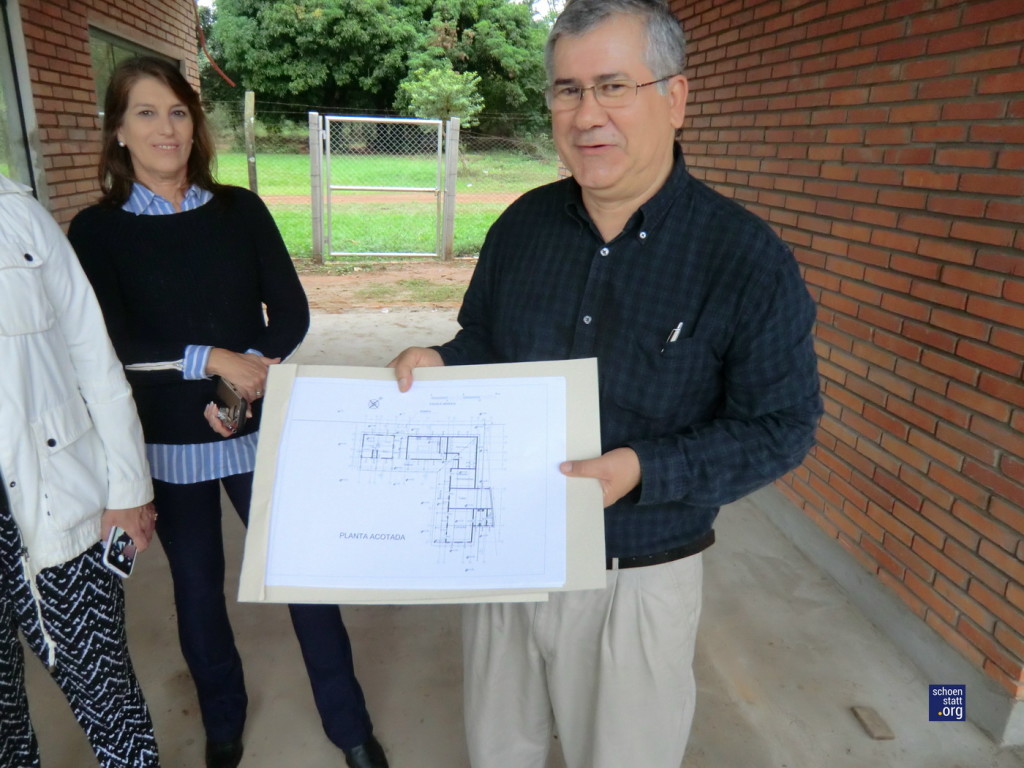 Before celebrating the workers’ roof, with chipas [traditional cheese rolls], sandwiches, coffee, tea, mate – Fr. Pedro gives a tour of the house. Everything has been well thought out: from the number of showers next to the workrooms to the windows in the consultation rooms, so that each conversation with the youngsters can be “transparent” and visible.

It will have bakery and a computer workshop, and there is already a vegetable garden waiting for the youngsters, and much more. “We will be able to sell products made here and the boys themselves contribute to their upkeep,” explains Fr. Pedro. They will work in shifts in the different workshops, so that they can discover what they enjoy most, and what they want to learn. They will leave here with a certificate.

“The idea is to achieve a complete rehabilitation, they will be able to come here every day from Monday to Friday and thus develop themselves spiritually, educationally and workwise. All the boys who want to change and be reintegrated into society will be received,” explains Fr. Pedro.

The celebration ended with Mass celebrated in the Tupãrenda shrine, in thanksgiving and once again in supplication for the fruitfulness of this work of mercy with a capital M. 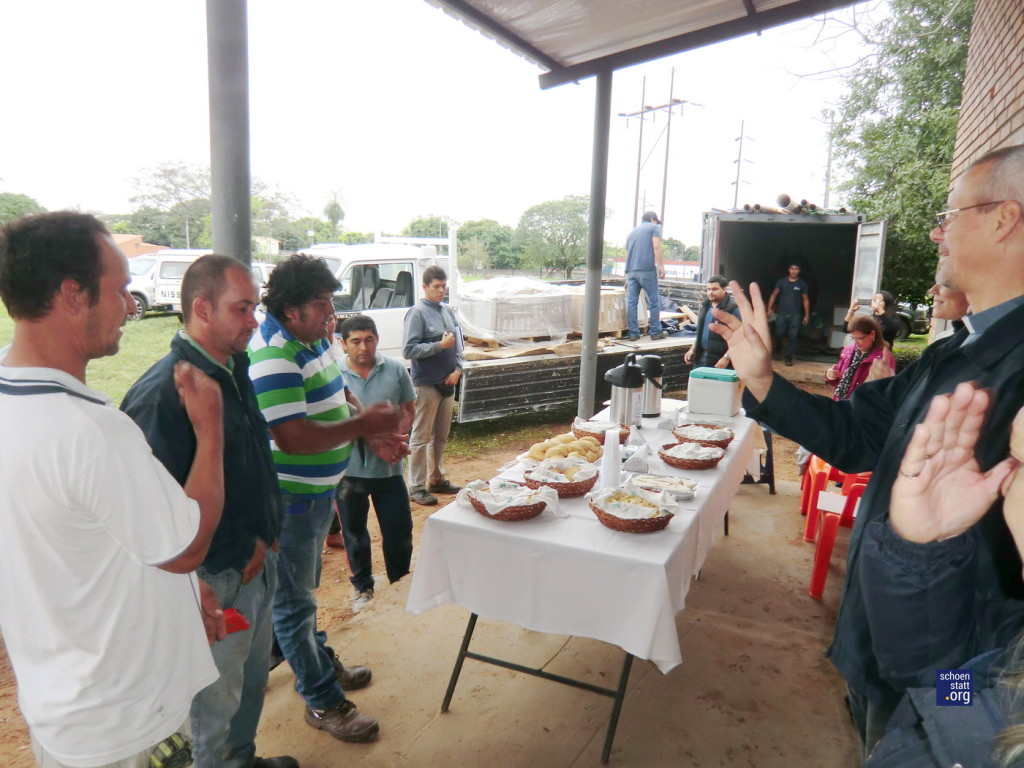 Fr. Pedro is thinking about setting up a bursary campaign for Schoenstatters and friends around the world who can help with the courses, food and wages for the young men who will find a second chance here, and in many cases, this is a first chance. They not only need financial help, which is necessary of course. They also need godmothers and godfathers, brothers and real friends who are praying for them, and have personal interest in them. They need “living  HousesMother  of Tupãrenda.”

I want to be a part of this dream house, this living  House Mother of Tupãrenda!

On 9 may I passed through Tupãrenda for the last time this year, on the way to Ciudad del Este. What I saw and what remains in my mind and in my heart is the large image of the Blessed Mother greeting pilgrims who come from afar and the House Mother of Tupãrenda.

It’s wonderful, Mother of Tupãrenda, that you have this house! 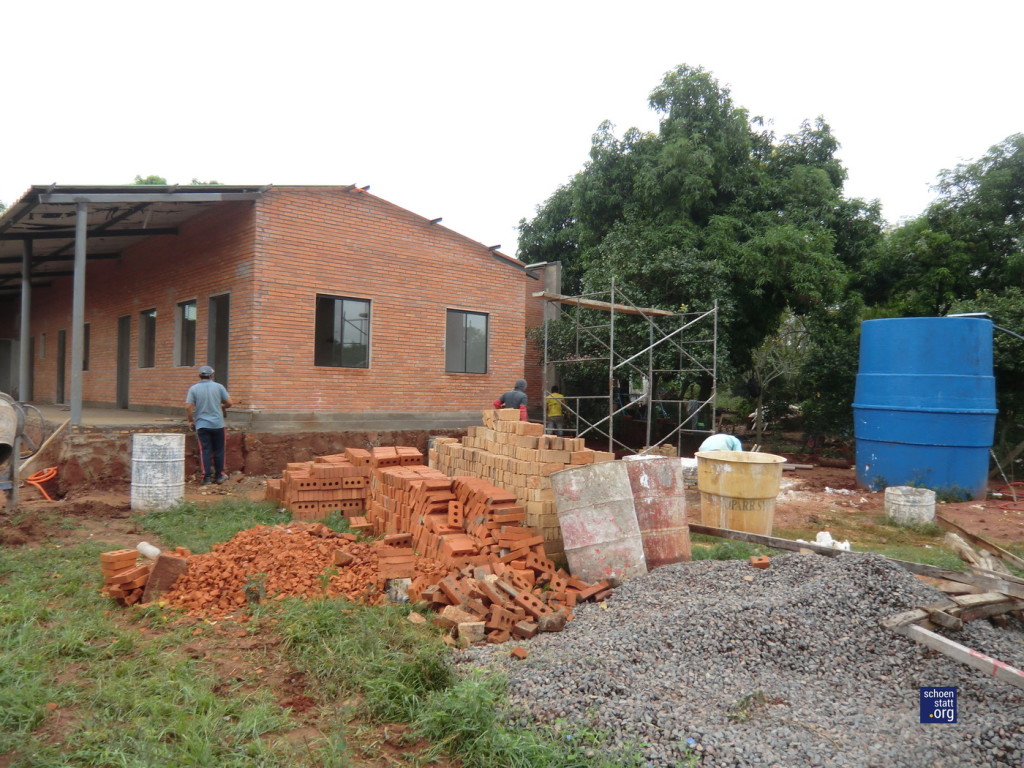 How can I donate, now?