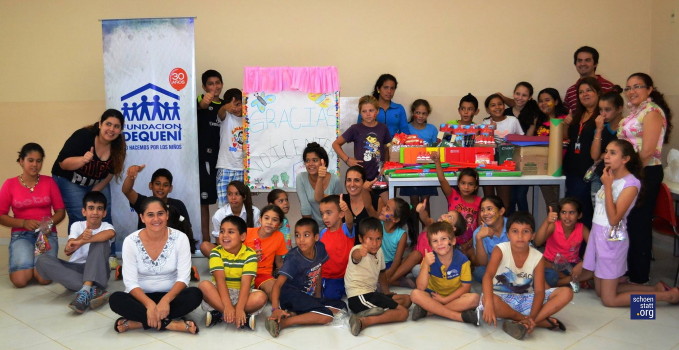 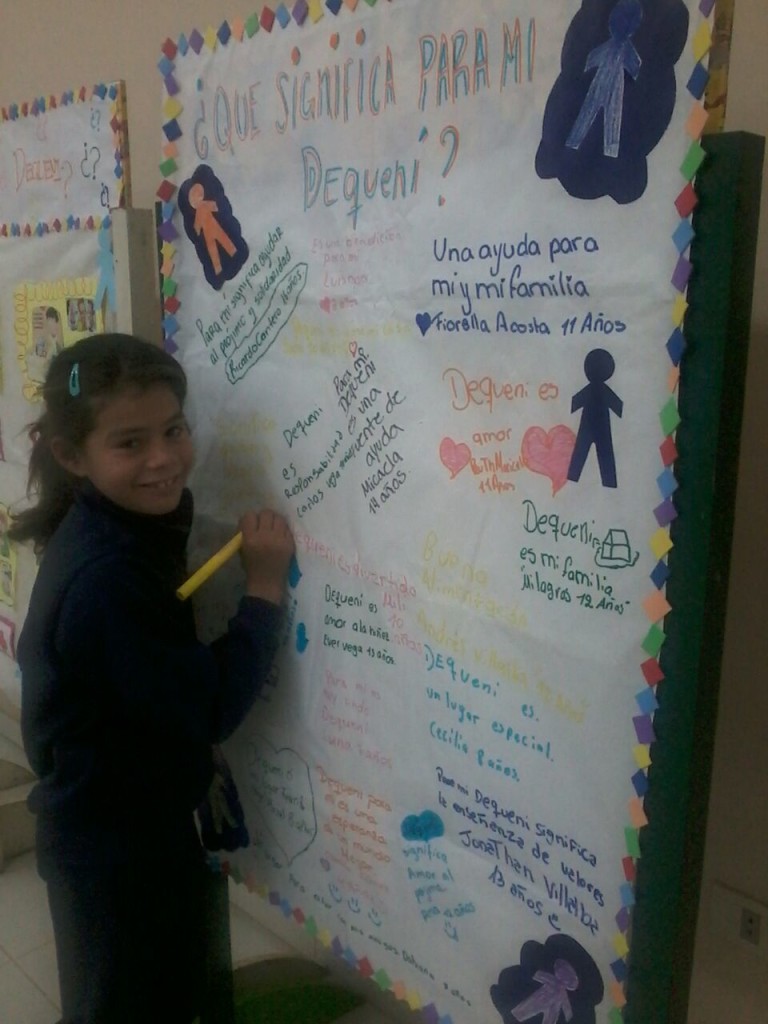 Inspired children create murals, write or paint what Dequení means to them. “A help for me and my family” — “Dequení is love” — “Dequení is my family”… “This is Dequení week” an enthusiastic Maura says as she writes her everyday experiences and joys. This is Dequení week, celebrating its 31st anniversary of service to thousands of children in Paraguay who live in poor conditions.

It is also the week of the Night of Bread and Wine, or simply Dequení Night. This is a date to remember for Schoenstatt members, benefactors, citizens in solidarity, friends of Dequení, journalists – and this time also schoenstatt.org. The Dequení Night of Bread and Wine 2016 took place on 6 May at the Central Bank of Paraguay Grand Theatre. Berta Rojas performed as a soloist, together with the National Symphonic Orchestra, conducted by Popi Spatocco, during a unique and exclusive concert.

A bridge between two heavens 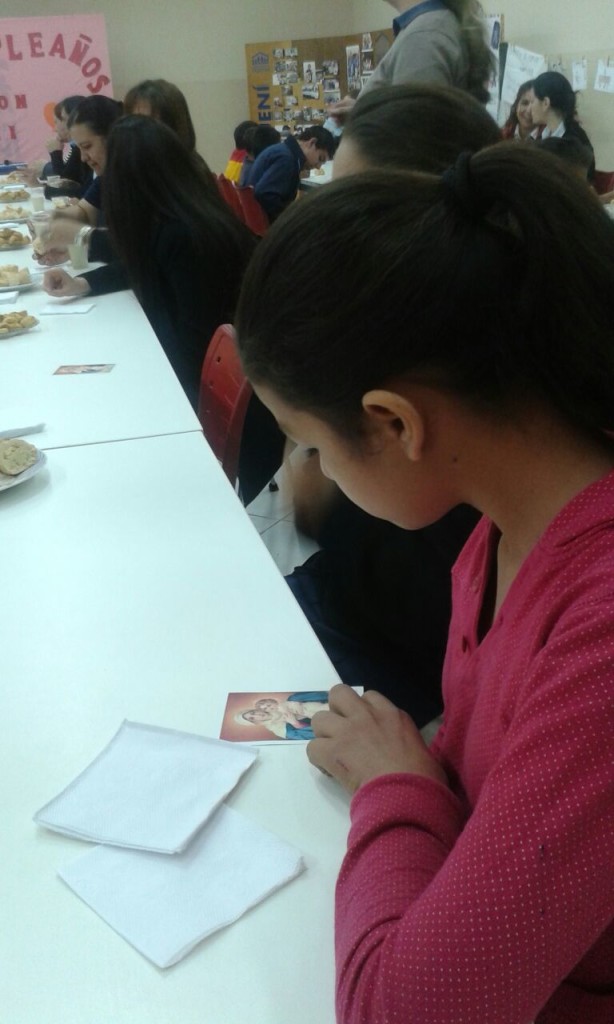 This year, the unique spectacle was entitled “A Bridge Between Two Heavens,” where Paraguayan performer Berta Rojas and Argentinean director and composer Popi Spatocco, nominated for a Latin Grammy for the record “The History of Tango” came together with the renowned National Symphonic Orchestra to perform classic Paraguayan and Argentinean pieces with arrangements by Spatocco himself, Carlos Franzetti and Mauricio Pinchi Cardozo-Ocampo. Popi Spatocco is an artist who comes from popular music. He worked for over 20 years with Mercedes Sosa as a pianist composer, director and producer. Berta Rojas, a Paraguayan soloist and classic guitarist, has been nominated several times for Latin Grammys. She has performed at large venues in New York, Barcelona, London, and Ireland, among others.

Marlene Sosa and Ana Scappini organised the show, together with Berta Roja’s production team. It was sponsored by Nestlé, Pechugón, Mosaic, Fortín, Villa Morra Suites, the Itaú Foundation, Eurocambios and Solar Financial company. It also had the support of the Canadian Christian Fund for Children and companies that showed solidarity with the Foundation by supporting its projects throughout the year.

The Night of Bread and Wine is a very enjoyable annual event held with the Foundation’s friends and collaborators. It is also an event that supports the Dequení programmes, with the aim of giving even better opportunities to the more than 6,700 children, teenagers and their families who live in extreme poverty. 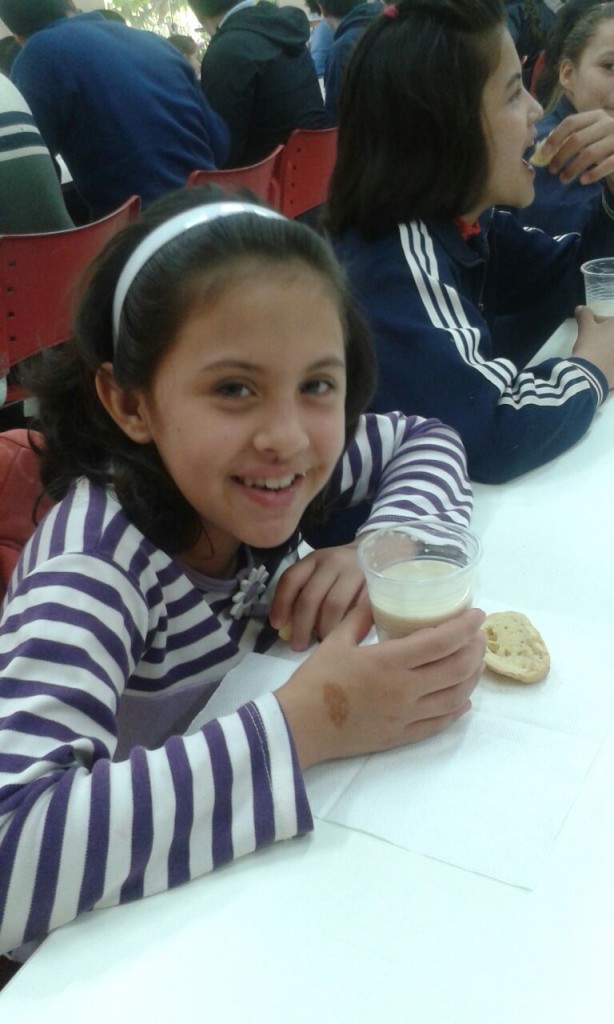 “Visiting the place is to feel hope and be aware of life opportunities for children whose parents cannot give them a better quality of life,” says an article by ABC Colour [Spanish] published on 1 May. “Josías Ever Vega, for example, is 13 years old, lives in Fernando de la Mora, in the southern zone. His mother, Silvina Brítez, works as a cleaner. Karen Palacios is 14 years old and she has been benefitted from the programme for three years. Her mother works in a family’s home and has three brothers who go to Dequení in the afternoons. Jesús Díaz is another teenager who is looking for new horizons through the Foundation. Even though his mother works as a cleaner, he wants to do better for himself and focuses on his studies, going to school at San Roque González de Santa Cruz. Adán Ramírez receives help with his studies. “I don’t come every day,” he admits. “Only when I have work for school.”

Andreza Ortigoza, the Dequení director, says that all the children come from families with few resources, and some even live on the street. “We want to reach those who haven’t yet been given help. We are achieving our goals and currently assist 1,700 children in Fernando de la Mora, Luque, J. Augusto Saldívar, Villeta, Caacupé, Ciudad del Este, Caaguazú, Arroyos and Esteros, as well as the capital Asuncion. We are in the process of reaching populations in the interior. We have early childhood programmes, programmes for children at risk, community development, skills development and jobs training.”

Dequení survives on public and private donations, but it also relies on volunteers who give their time to help the children, as well as the “godparents.” These are people and organizations who in solidarity commit to a monthly contribution that goes entirely to one boy or girl. This includes daily meals, basic health needs, family accompaniment, academic accompaniment, and school fees. Partner benefactor give a monthly donation as they are able. The continued support of many people makes it possible for the Foundation to continue with its various projects.

DEQUENÍ, we do it for the children.