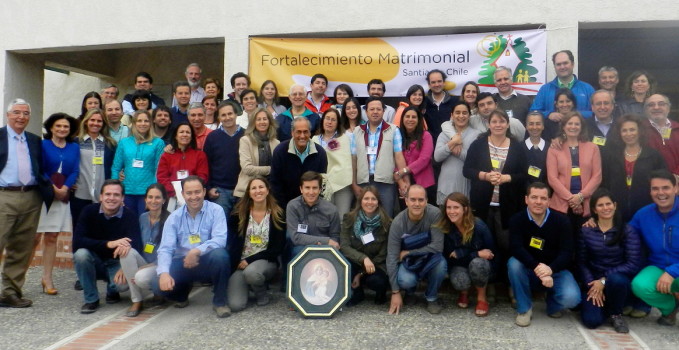 A successful project was imported: Fortalecimiento Matrimonial in Chile

In 2012, a vacation in Guadalajara became the beginning of an apostolic adventure.  The day of our arrival coincided with a re-encounter for couples, that a few days before, had a Fortalecimiento Matrimonial (Marriage Enrichment) gathering.  We shared some tacos and a potent renewal of married love that we shared with them, the atmosphere was filled by the complicity of having shared a unique experience.  Our in-laws, Claudio and Angelito Castro Peñaranda, were part or the organizational team.  We shared  several days with them, and we understood the importance of having this in Chile, wishing that we could experience it.  Then, the Blessed Mother took charge.

That same year, the international gathering of the Family Federation was held in Santiago and there Providence arranged that we meet Felipe Gallardo and Cuchi de las Peñas, a couple who have led the Marriage Enrichment from San Luis Potosí, and they have taken to it several cities in Mexico and Latin America.  We felt that the Blessed Mother was not whispering in our ear, instead she was shouting that we assume the task of bringing this apostolate to Chile. 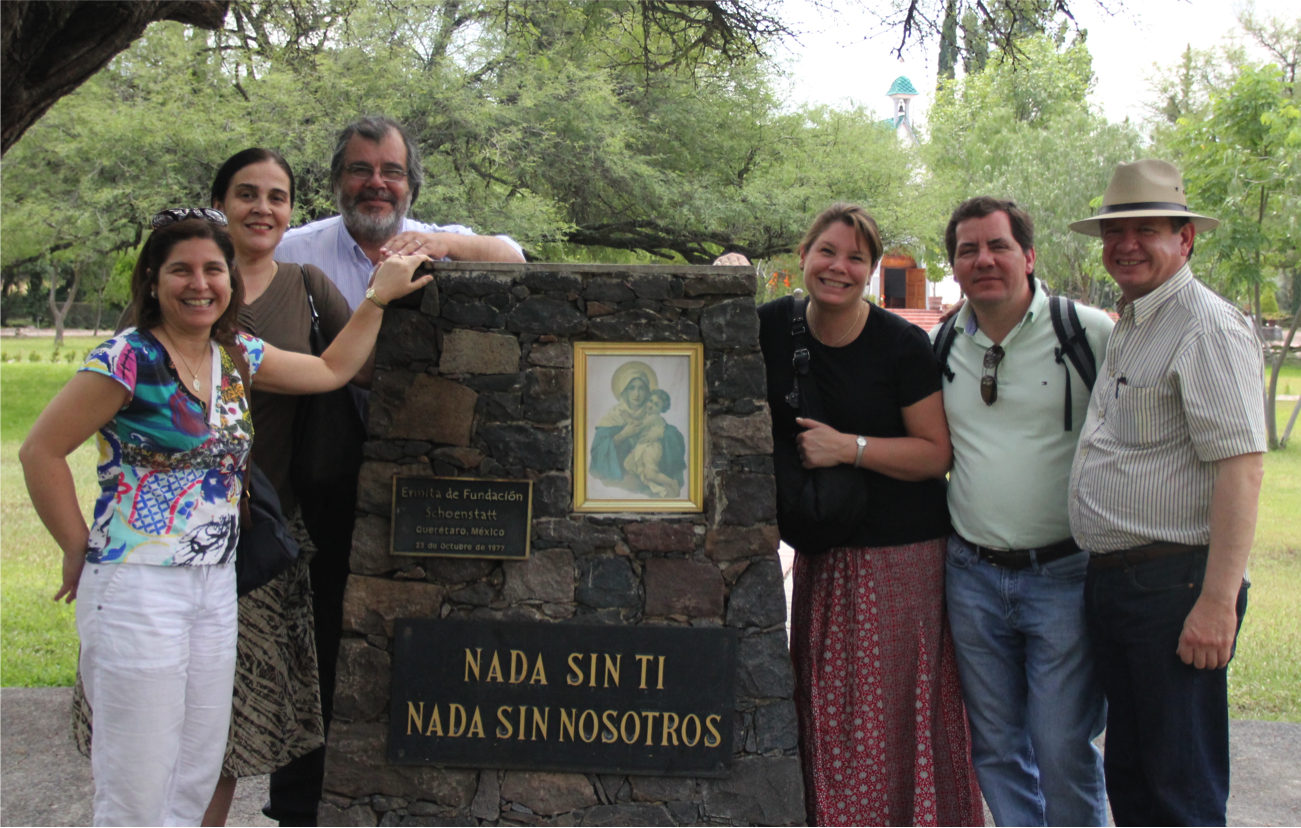 The first team from Chile in Mexico

The first team from Chile in Mexico allies

Upon the return to Montahue, we had such a contagious enthusiasm that we added several couples to this dream, and we decided to travel and have our own experience.  In September 2012, the first group departed for San Luis Potosí, Mexico.  In total, four couples went to Mexico, and three went to Paraguay.  Upon our return, we began the preparations along with Fr. Joselo Zabal and Sr. Mónica María.  We looked for an adequate place; we prepared the dynamic and logistic motivations.  We had to resolve some practical topics and other things in depth.  Until we felt we were prepared, there were many meetings, rehearsals and consultations with our Mexican friends.

In September 2013, during the Family Work Congress, the Blessed Mother gave us a gift:  we met Fr. Andrés Larrain, who told us about his desire to bring Marriage Enrichment from Mexico to Chile.  This confirmed once again that the Blessed Mother was seeking collaborators for this task.

The first gathering of Chilean Marriage Enrichment was held in Huaqui, close to Los Ángeles, on 11-13 October, 2013.  Felipe Gallardo and Cuchi came especially from Mexico; for them, it was like the birth of a new baby.  They wanted to be sure that the original spirit was kept.  It was a great success, and at the conclusion on Sunday, we did not want to leave…it felt like being in a piece of heaven.  We were sure that this is where the Blessed Mother wanted us to be.

For the second gathering, we were accompanied by two couples, (Víctor and Stella Domínguez; Alcides González and Margarita Bogarín), who lead Marriage Enrichment in Paraguay and northern Argentina.  This time, several couples from Santiago also came to have their experience with the intention of replicating it.  Fr. Miguel Kast and Sr. María del Rosaria attended the second experience, and they encouraged the couples from Region VII to experience it.

In Santiago, Alejandro Irarrazabal and Maca Aresti, who had their First FORTA at Auco on 28-30, November 2014, have led the team, and as expected, Fr. Andrés Larraín is the priest who accompanies them.  We have already had five gatherings at Region VII and three at Santiago.  We hope that the Blessed Mother will continue to lead this apostolate throughout Chile, and that she encourages more couples to experience it, and for the most daring ones to replicate it, for which we offer our mentoring and affection. 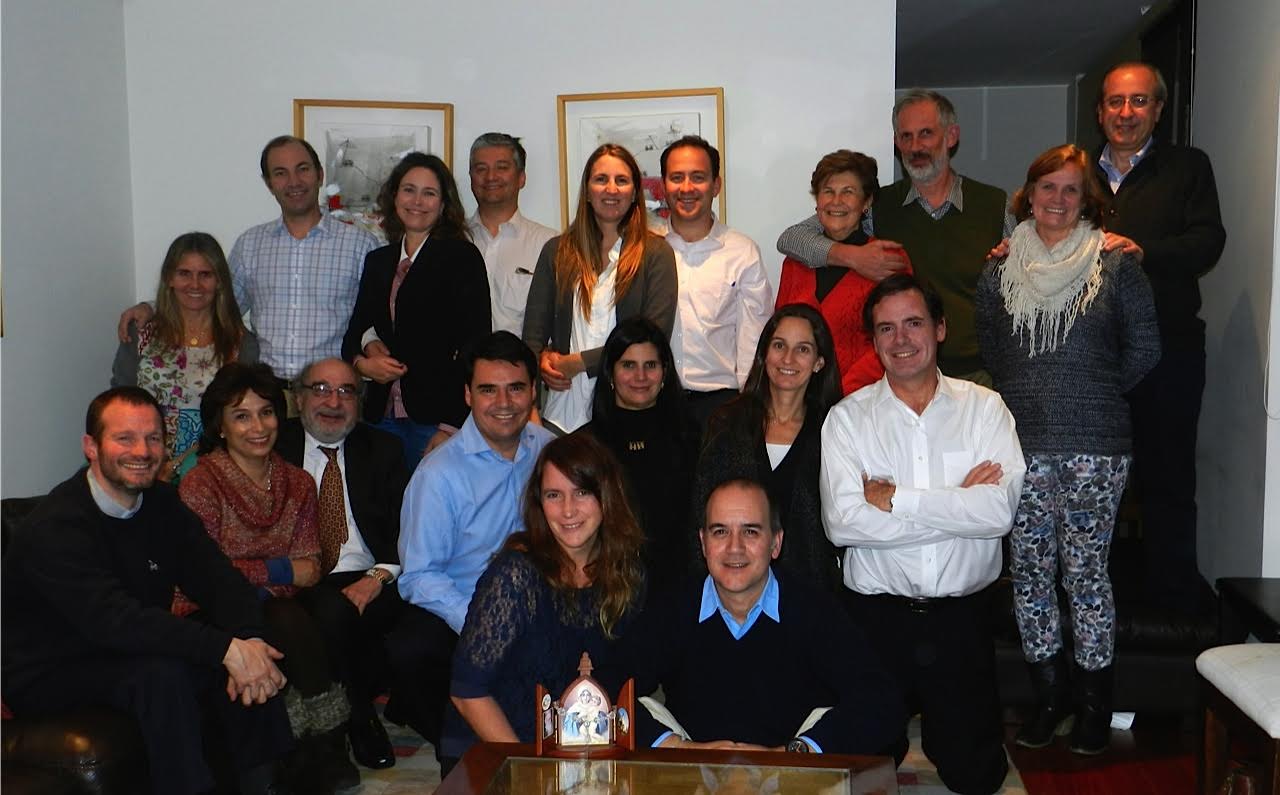 But, what is Forta?

Forta is a dynamic, experiential and spiritual marriage gathering supported by our Father and Founder’s pedagogy, oriented to renew married love.

From Friday afternoon until Sunday, in an atmosphere away from worries and filled with delicacy, couples carry out diverse activities that lead them through a road of deepening and enriching their relationship.  There is no group work or presentations:  Everything is done with care for the intimacy and individual needs of every couple.  A monitor couple leads the gathering with the assistance of a priest and a Sister of Mary.

Marriage Enrichment is open to every couple, that has received the sacrament, and it does not oblige or implicate a commitment to the Schoenstatt Movement.  We hope like in Mexico, the couples that participate are so enthused that they wish to continue to cultivate their marital relationship by attaching themselves to the Blessed Mother in Schoenstatt.

An additional gift that the Blessed Mother has made to Forta is the community of hearts that is created among the team members. It has established bridges of trust and affection among members of different communities (federation, militancy this is what it is called in Chile and the members of the Family Apostolic League, a broad community of collaborators of the League, couples of the not organized Schoenstatt). In this everyone unites as a Work of Families in a practical way.  All of us are grateful to the Blessed Mother for choosing us to be her instruments in an family apostolate that fills the soul.

The dream today:  to take it to Germany

Since the Blessed Mother leads us, she took care that Virgilio and Marlis Basiglupo made Forta, and that with their characteristic enthusiasm, they dreamed of taking this apostolate to Germany.  We all thought that it was only a crazy dream, but the Blessed Mother asks us for madness of love, and she enkindles hearts…Spanish speaking couples from Germany have come to experience Forta at Huaqui and Auco…They have dates for two gatherings in September 2016 in Germany.  They will take care of the logistics, the monitor couples will be Chileans, and Felipe and Chuchi will accompany them from Mexico.  It will be a spiritual counter current experience by the hand of the Blessed Mother.

We invite couples to give each other a wonderful weekend of re-encounter.  If anyone has a difficult time finding a good gift for his or her partner, we recommend that instead of giving a thing, you give of yourself, your entire dedication to the other for a weekend.

Fortalecimiento Matrimonial or  in english, “Marriage Enrichment”, is an apostolic project that emerged several years ago within the Schoenstatt Movement of Mexico, where it first spread to Costa Rica, later to Chile (from Mexico; in Chile it is called “Forta”), Italy (from Mexico), Ecuador (from Costa Rica), Paraguay.  Preparations are underway for its inauguration in Germany in 2016 (from Chile).