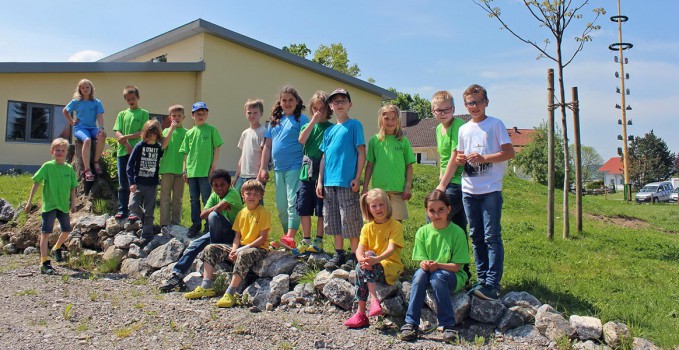 If you want to invest in a vision, you will often have to share the fate of Moses. After he had led his people for decades contrary to all human reasoning through the desert to a promised land, and the profit and loss account pointed clearly to a “false investment” of time and strength and gratitude, the land came in sight – only he, Moses, who had always believe in it and given his all for it, did not experience the entry of the people into it. He gave more than he saw, experienced or received. The grain of wheat, Jesus said.

So it is somehow logical and in the Christian spirit to anticipate such a fate, and to be prepared that at some distant time someone else will harvest what we have sown. Fr Esteban Uriburu, who was already terminally ill, invested a week of his time and a great deal of money so that a priest from Panama could visit Argentina and really get to understand the Pilgrim Mother campaign. Over fifteen years later a Schoenstatt Father conducted a retreat in Panama and met a small, but flourishing Schoenstatt Movement. Young people from Chile started a Schoenstatt mission in Cuba, were expelled from the country … and fifteen years later the Schoenstatt Priests’ Federation was founded there and 25 Pilgrim Mother pictures are on the way there – to make a start. Sometimes the grain of wheat lies buried far longer, and it takes a great deal longer, and perhaps we will never know if we have simply buried money, strength and time, or if it has become the start of something really great. The real effect of the Benedictine Monasteries on Europe’s culture only became visible hundreds of years after Benedict’s death, but then it transformed a whole continent. Whoever has seen the film “The Mission”, or the ruins of the Jesuit Reductions in South America, will ask themselves how it could happen that such models of inculturating evangelisation could be destroyed, and what purpose such a sacrifice could have. … However, the Jesuits of this continent have given us Pope Francis.

Sometimes this God enjoys allowing the crazy lives of some of his most daring children to be the first to enter the promised land – perhaps simply because he enjoys their wild determination and passionate love, perhaps because he needs such stories that can be related for a long time in order to encourage those who might otherwise get stuck half way. Such a story is that of the Joseph Kentenich School in Kempten. 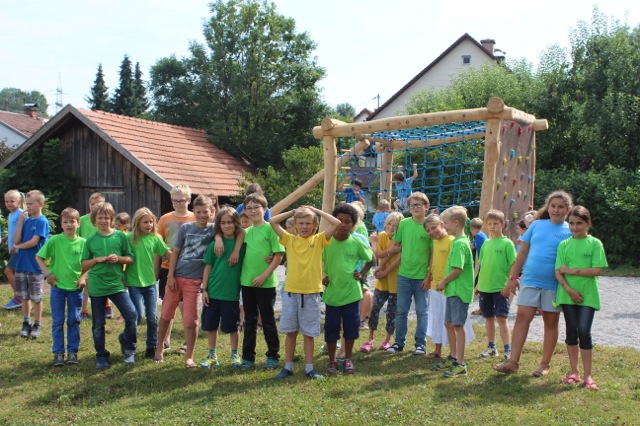 It wasn’t so long ago that the search for a building or site for this school came to nothing; no community wanted it … The initiators, a couple connected with the Schoenstatt Academy for Family Pedagogy at Schoenstatt Auf’m Berg, Memholz, Germany, had to cope with a nerve-wracking obstacle race with bureaucracy to gain acceptance for the idea of a privately owned elementary school. They had to battle for donations, and for every loan, every Euro. Everyone who joined them and invested a greater or smaller amount of money had to expect that they would be declared completely crazy. It was a struggle for each registration, each child. A huge amount of time and strength and money had to be invested in arranging informative events to which no one came, and in providing press releases that somehow got lost in the media jungle. Then rumours were spread that it was actually some sort of special-needs school …

That really wasn’t long ago … 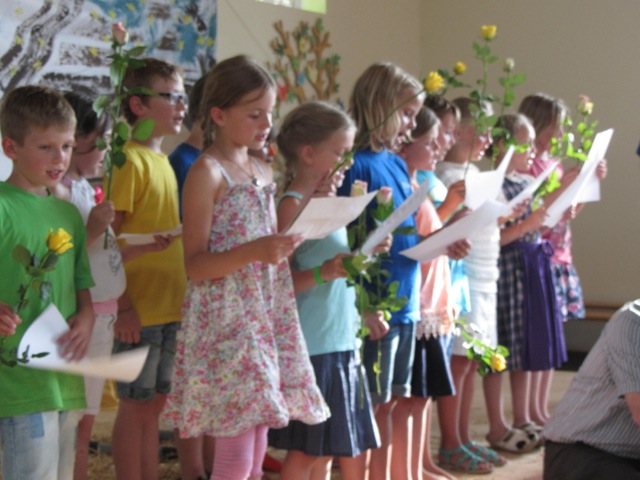 The Joseph Kentenich School has existed for three years now, and from September will have 62 pupils. Along with those children coming from other schools, who will join existing classes, and an almost full Year 1, the school has exceeded the 60 pupil mark it had hoped for. The treasurer is the happiest of all, because it means that from August 2016 the school will be out of debt. So, by calculating the state subsidy based on the previous year’s numbers, and with more than sixty pupils registered, our costs will have been covered!

“In the first two years we conducted a special information event for almost every child. It was very, very difficult to advertise our school, to stand our ground in the face of negative rumours, and to convince potential parents of the soundness of our concept”, Renate Immler relates. “However, these challenges are now in the past. In the meantime the Joseph Kentenich School has gained a very good reputation, and this has been passed around. Whole groups of parents turn to us and ask for an appointment to visit the school, or for an information evening. Among them there are teachers and educators who find our school concept very sound and well thought through. For September 2015 we already have 19 applications for the reception class, and for 2016 15. Since we only accept a maximum of 20 children for each class, we will soon have a waiting list!” Who would have expected that?

“We would!” is the convincing answer. 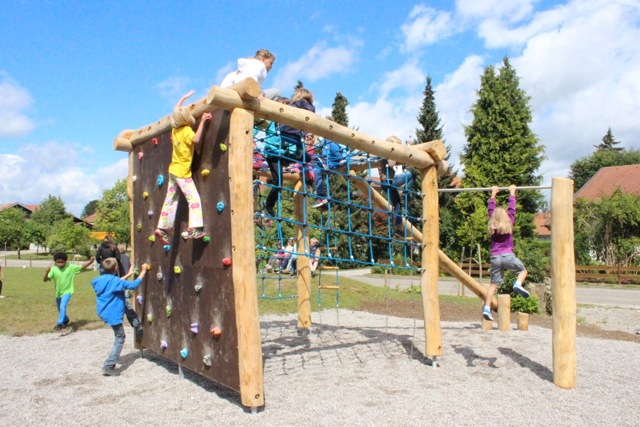 Why is the Joseph Kentenich School so popular and attractive? Among other things: By responding to the specific individuality of each child. In the most recent circular letter we read, “In addition we nurture the different talents of our pupils through additional offers, such as, Chess for Beginners and more advanced players, Theatre, basic course in music, school choir, creative arts, etc. …) When the opportunity presents itself, articulate pupils can speak in public, which also pleases the audience. For example, when the Mayor of Kempten visited the school and planted a tree, the school principle asked three pupils to give his speech, which informed and entertained the 200 visitors. “Rarely have young and old listened so attentively to a speech as to the speeches of these Year 4 pupils.” A volunteer couple also conduct extra classes in mathematics for more highly gifted pupils, and they support weaker Year 2 children with their studies.

What else? Commitment is very important, but it must be freely given. “The common, shared commitment of pupils, parents, teachers and other idealists for our school, the appreciative way each is treated, the atmosphere in the school, and its equipment, make our pupils feel really at home in the Joseph Kentenich School. A mother of a pupil who recently joined us described her experience as follows, “I can put it in a nutshell: My daughter is now at the right place!” The collaboration of the parents – a duty in other private schools – is voluntary in the Joseph Kentenich School. We rely on the freedom, generosity and collaboration of the parents. This is brought about because their children enjoy being at the school, and we have never regretted this decision.”

Thirdly, when children get crazy ideas and absolutely want to do something different from what is in the curriculum, they can do it. This is because individual initiative is a good thing (and is lacking in so many people today, perhaps because they were successfully put off …). “A girl starting in the reception class asked for the access code to the Antolin website, so that she could answer the quiz questions on the books she had read, and in this way collect points. She knew this from her older siblings and was already able to read. After the child kept asking, the school principal, Mr Knes, took it up and provided her with the access code. This spread like wildfire in the class. “Anna (not her name) reads books and collects points in the internet. I want to do it too!” In this way the pupils infected each other, and the class developed an enormous enthusiasm for reading. In two years the class had read 1400 books and collected about thirty thousand points. In the school year 2012/113 our reception class asked whether they could give talks to the other pupils about their pets. If such initiatives had come from the teacher, the parents would not have understood it, because why should children in the reception class read so many books in a few weeks and answer questions about them in the internet, or give talks so soon? When it is a movement “from heart to heart”, however, it arouses enthusiasm so that the usual lesson results are far exceeded.” 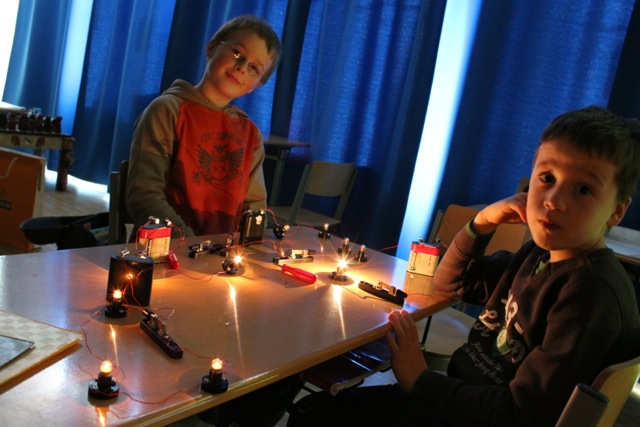 The growing number of children means that more teachers are needed. So if while reading this you felt: I would like to teach!, and in addition can make up your mind quickly and are flexible, this is your opportunity: From the beginning of the next school year – mid-September 2015 – we have a vacancy for a primary school teacher for a year.

The most beautiful view over the Allgäu

A few weeks ago Allgäu TV held a photo competition calling for “the most beautiful view over the Allgäu”. The Joseph Kentenich School joined in, but not with a landscape photo. We took a photo of happy children beaming all over their faces. We won! At the start of the summer holidays Allgäu TV will deliver the wooden bench we won and will film the playground. Their team agreed that looking into radiant children’s eyes “is the most beautiful view over the Allgäu. 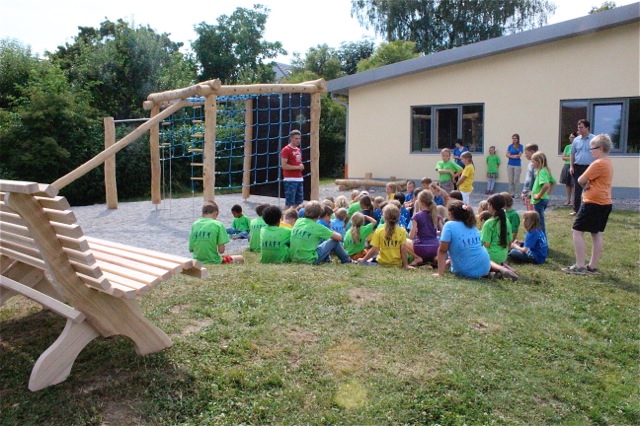