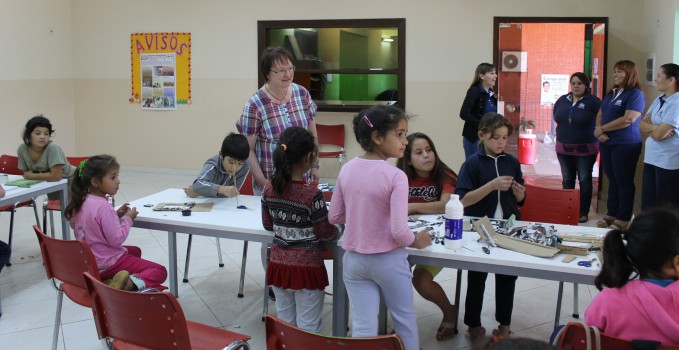 Dequení: we do it for the children – for 30 years

Even after the first hugs, smiles, and tears of this greatly desired encounter, we were not sure if it was a dream or reality. On April 6, 2015, schoenstatt.org visited Dequení. Dequení welcomed schoenstatt.org after ten years of solidarity with their mission. “We published the first article when it was preparing to celebrate its first 20 years of existence.” said the editor in chief of schoenstatt.org. “Now we are preparing for the 30th year celebration,” Andreza Ortigoza, Director of the Dequení Foundation said.

On the way to the offices, we passed by a picture of the Mother Thrice Admirable, with the capital of grace and the motto: “Our capital of grace, your crown.” Children and collaborators prepared the crown that they gave the Blessed Mother in gratitude for these thirty years. Thirty years of changing the lives of many children giving them the opportunity to study. The picture of the Blessed Mother is always present in spaces for reflection and prayer in Dequení. 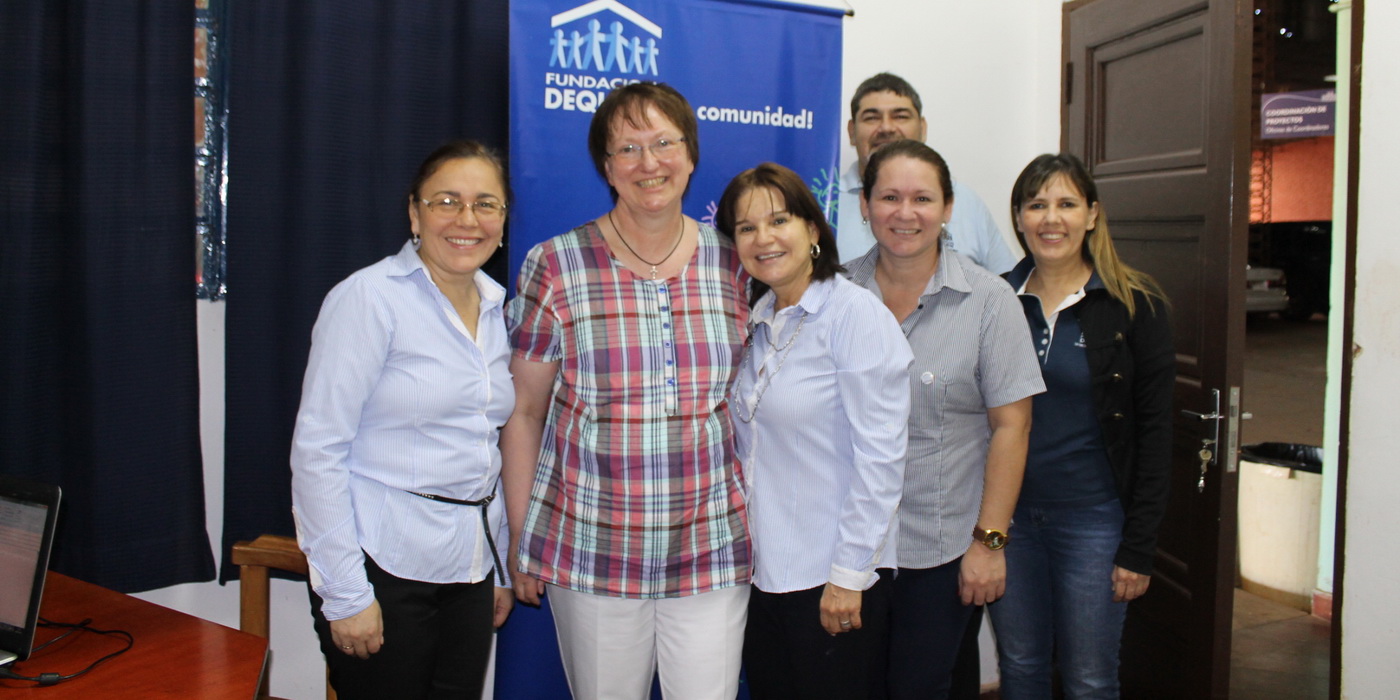 Since 1985, approximately 25,000 people have passed through this Paraguayan Foundation. Dequení was the first social project presented on schoenstatt.org. It was the first project that received donations thanks to schoenstatt.org. Therefore the readers of this page knew that an initiative existed where 55€ make a difference, because that it takes for a child to attend school for another year. From year to year, Dequení could count on support especially from Germany and Switzerland. “Although we also published the story in Portuguese, English, Italian, and of course in Spanish,” said Maria Fischer, “however, most of the donations came especially from Switzerland and Germany.”

We went to the beautiful chapel the heart of the Casa Central [Central House] here in Fernando de la Mora, a city a few km. from Asunción. Rosa Merlo who is in charge of fundraising said: “Thank you, for being with us. Thank you for continuing.” At this moment, we recalled her desperate letter in June 2011, when the activity schoenstatt.org was danger: “What will happen with our children without the support of schoenstatt.org? For the love of our most needy children, may shoenstatt.org continue…” – “My prayer was heard,” she said, with a big smile. We prayed together; we are grateful to the Mother of the Lord and our Mother for Dequení, for all the benefactors, and we entrust all the children, all the youths, all the families…to her. 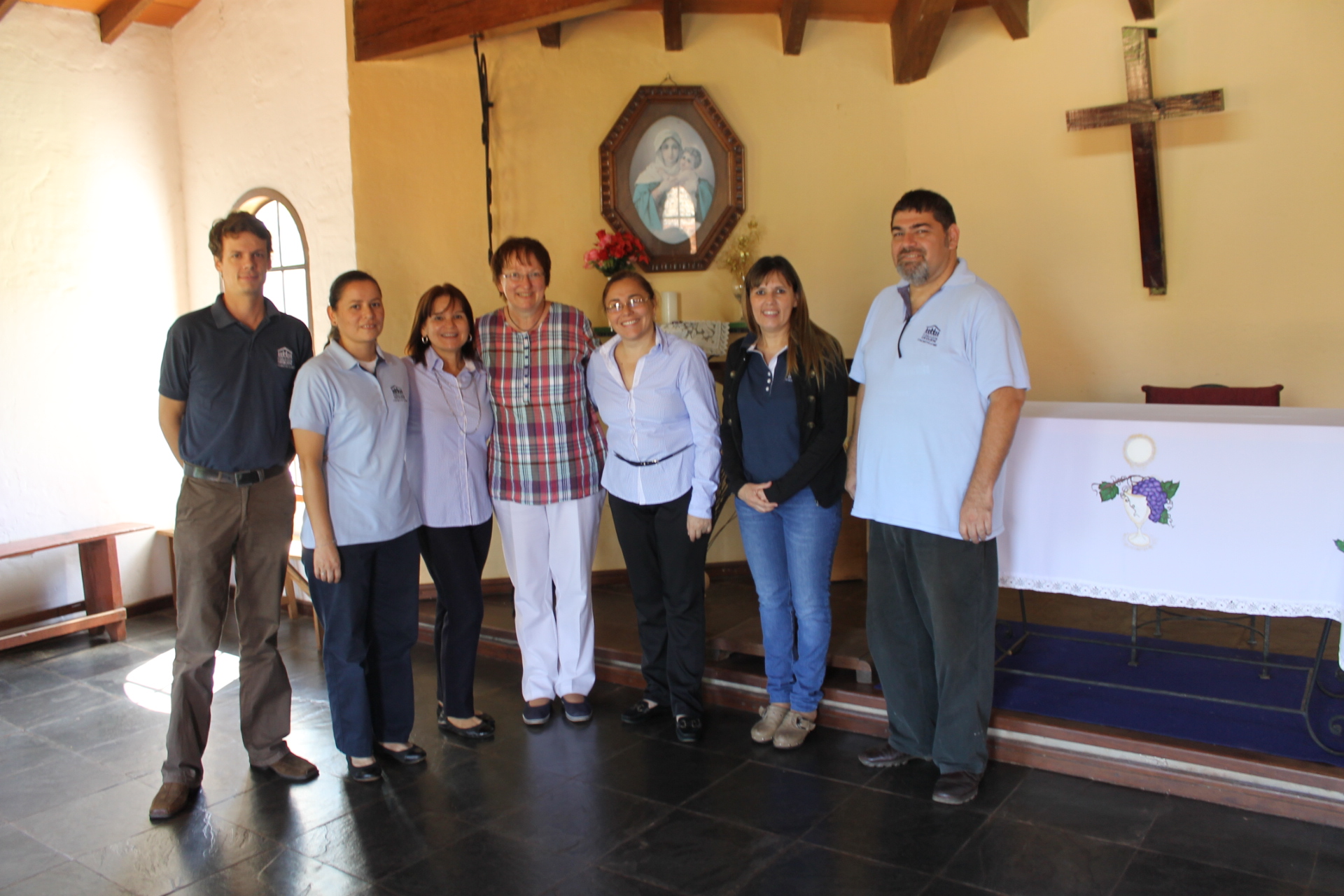 Thirty years of service to the children

On Sunday, May 3rd, Dequení celebrated 30 years of service to the most needy children with a Holy Mass in the Shrine of Tuparenda. An offering was made during the celebration that was presented to all the benefactors and sponsors who collaborate with this mission. It is also for those who collaborate and continue to collaborate through schoenstatt.org.

DE.QUE.NI. is the acronym from the biblical passage, “Let the children come to me…” (Mt.19:14, Mk.10:14). Its mission works inspired by Mary, it promotes overcoming the poverty of the children, adolescents and their families through a current of solidarity.

The following day, Dequení celebrated its thirty years of work with the same commitment of the founding youths. On that May 4, 1985, a group of youths, who belonged to the Schoenstatt Apostolic Movement in Paraguay, took the initiative to help the children who worked in the area of Calle Última, in Fernando de la Mora. These youths’ spirit of solidarity, mobilized by Mary’s love, began in a simple way; it is a work at the service of the most needy families.

The Foundation organizes their services in three areas: education, health and nutrition, and the enrichment of the community organization.

An important aspect was the significant increase in the number of volunteers who help the Foundation. In 2014, a total of 1,107 people donated more than 29,000 volunteer hours.

On this long road, it is important to acknowledge the many people and businesses that seek to strengthen their social responsibility. Today Dequení has more than 6,000 benefactors who collaborate in solidarity. In addition more than fifty businesses have joined this work of solidarity with covenants of social responsibility and others who support its fundraising events. Organizations of international cooperation are allied with Dequení, such as the Christian Canadian Fund for Children (since 1996), UNICEF and the International Organization of Work through its IPEC program. 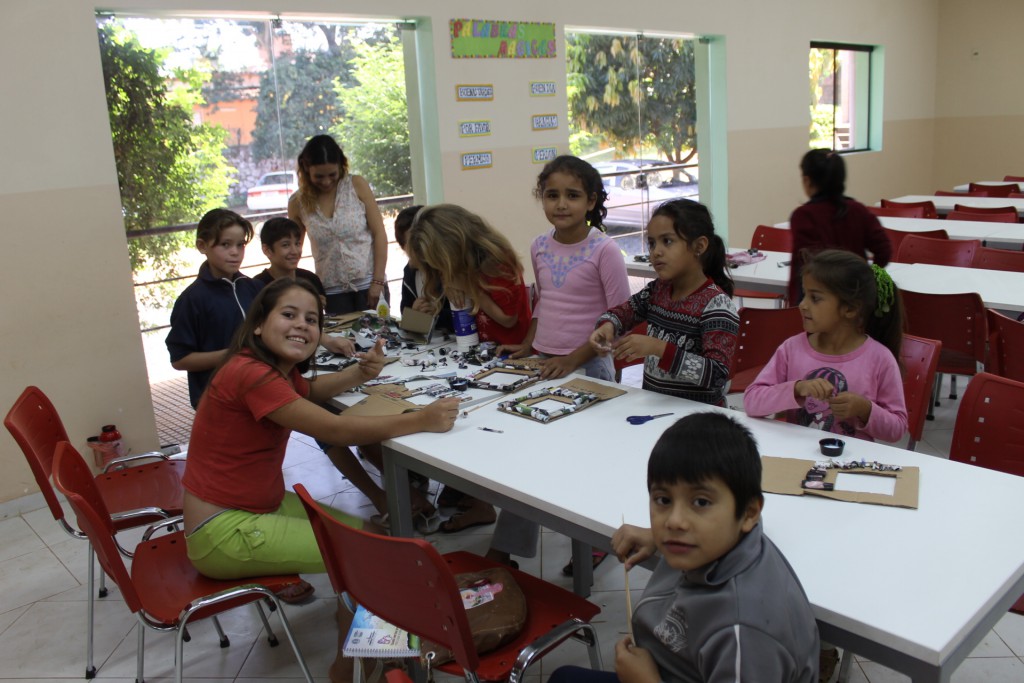 We do it for the children

Continuing with the schoenstatt.org visit through the Foundation, on Monday, April 6, 2014, after the Holy Week holiday, not all the children were present. In one classroom, we visited the little ones who were making crafts. They were making picture frames with simple materials, and their committed teachers accompanied them. They showed them to the German visitor with pride and joy. They have their scholastic schedule in the afternoon, and they spend the morning at Dequení house – they are accompanied, supported and happy.

We went through the large field, where there is room to play soccer, and we went through the large hall. We have seen the distribution of the backpacks with the necessary supplies so many times at the beginning of the school year… Every article, every translation, every photo is worthwhile– schoenstatt.org also does it for the children.

Andreza Ortigoza showed other parts of the house that are dedicated to the youths, who receive computer training, computer repair, hairdressing, and sewing. The computers and sewing machines were donated, and they are very valuable for many. In the barbershop, a local business donates supplies. “It is all a network of solidarity,” Andreza Ortigoza said. It is a network of solidarity, of commitment, of affection. It is a network for the children, and for an entire country, where the vicious cycle of poverty and lack of education is broken. Not for all, but if it was just for one child…

“We desire that DEQUENI will always continue to grow. We give you this humble work as a contribution to the capital of grace,” is our prayer together for Dequení.

What better way to give it our prayers, our solidarity… or our donations, even as small as they might be! 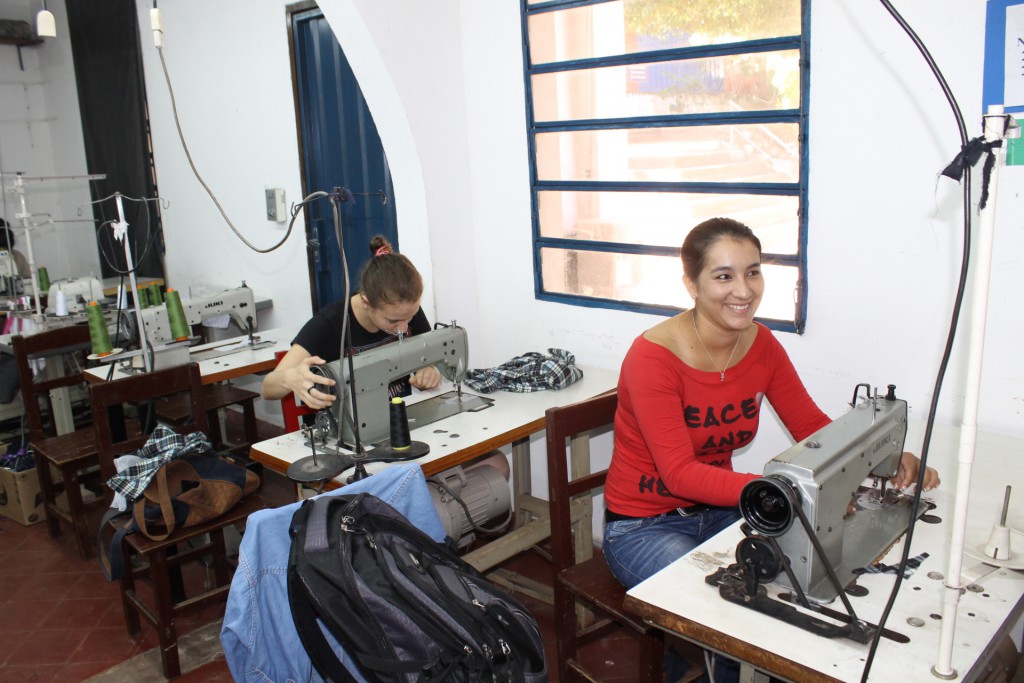 To donate online with a credit card: http://www.dequeni.org.py/en/contacto and click on one of the three choices to help: MAKE a donation, ACADEMIC scholarships, or SPONSOR a child.
Via a bank deposit (free within the SEPA zone)
IBAN DE52426613300121483602
BIC: GENODEM1HLT
owner is Ingrid Springer on behalf of Dequeni.