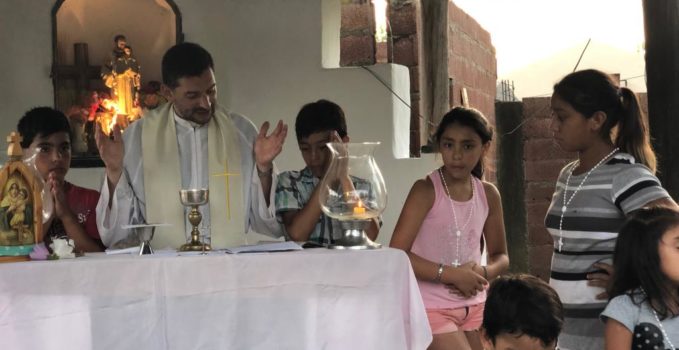 A people with popular faith and much affection

Once again the Schoenstatt Family Missions of La Plata (Mission #21 uninterruptedly) went on mission, this time to General Alvear, in the Province of Buenos Aires. A town that is 228 km from the Federal Capital that seems to frozen in time, typical of the interior of the province, with its church in the main square, next to the mayor’s office and other government offices. A village of about 10,000 inhabitants, where the majority of young people emigrate at age 17/18 to study or seek new horizons. There are two penal units that provide work for several families in the village and that allowed them to stay, and in time grow according to the last census. —

This was the first year of two missions, so the expectation was running high. In spite of the fact that among the missionaries, accompanied by Father José María Iturrería, were Gabriela and Gastón Zurita, and Alicia and Eduardo Monguillot, co-founders of the Family Missions in Argentina, who had been present in twenty-one family missions— there is always the fear: What will the people be like? How will they be received? What concerns will they have? The presence of the Blessed Mother will open the doors to these homes and allow a good mission. 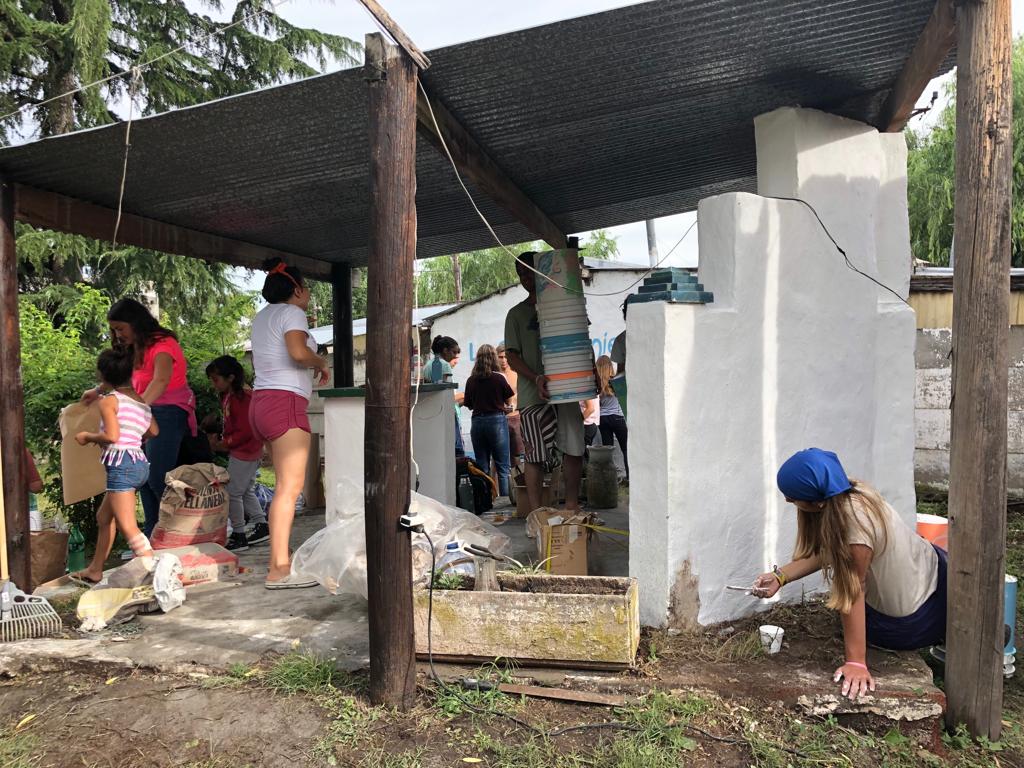 A village linked to the Virgin of Luján

After being received by the parish priest, Father Juan Ángel, and settled in the school, they went on mission visiting homes, and they were very well received. They found a people of great faith, but with little or no participation in Mass and/or church activities. The majority of the people gladly accepted the visit of the missionaries that were accompanied by the pictures of the Virgin of Luján and Schoenstatt’s Pilgrim MTA. Alvear is a people that are very devoted to the Virgin of Luján, so much so that, the zone’s gauchos or cowboys make a pilgrimage every year on horseback, to the Basilica of Luján, where Argentina’s patron saint is.

Seventy years after the first and last communion

During these visits, they met with couples over 80 who had received communion as boys, but had not received communion or attended church since then. After the visit, they welcomed the idea that Father José María would visit them the following day. He heard their confessions, and gave them Eucharist more than seventy years after having received it the first time. Many experiences were repeated throughout this week of mission. We also visited hospitals, geriatric hospitals, always carrying the image of the Blessed Mother who opened doors and created an atmosphere of openness in the people, and always an environment of joy, which was the dominant characteristic in this mission.

For the town’s children, at the San Cayetano Wayside Shrine, about twenty blocks from the center (or two leagues as they say on the field), the younger missionaries provided catechesis for children and played with them creating a very special atmosphere. Mass was also celebrated there, and the missionaries collaborated with the construction of a hall next to the wayside shrine that will serve as a future meeting room for the area’s people. It had been planned for the missionaries to be able to roof this room. 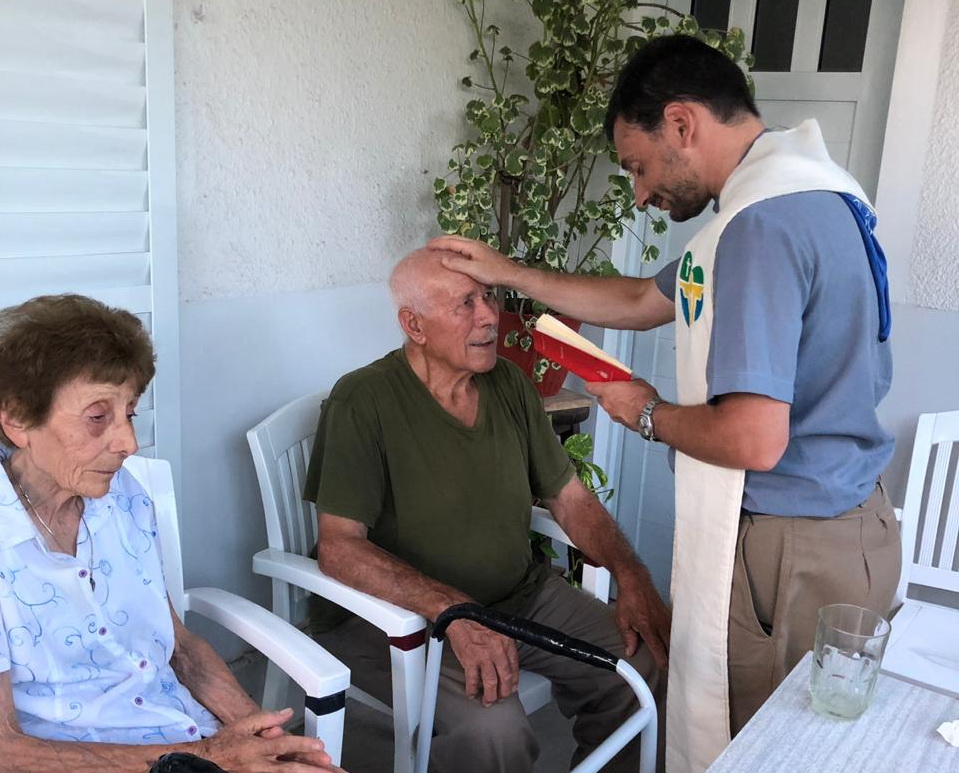 Missionaries of the Campaign

The mission, like every year, ended with the sending forth Mass and a rock guitar concert that took place in the town’s Employees of Commerce room. The day before, the gaucho pilgrims paid homage to the missionaries with five roast lambs that were very rich and tasty.

In this first year of mission, doors were opened so that the Blessed Mother could enter the town’s homes and form missionaries so that next year the Pilgrim MTA can be left in General Alvear as responsible for her charge.

What did the mission leave me?

When a mission ends, missionaries ask themselves, “What did this mission leave me? The response over the years has a common denominator: “The missionaries who go on mission … end up being missioned … by simple faith, by the affection, and generosity of the people” These simple people, with a popular faith that, although they do not go to Mass, believe in God and the Blessed Mother who they venerate and respect.

The youngest missionaries experienced a growth in love on mission when they see the family spirit that exists in the Family Missions and that makes them grow in faith. For all the missionaries, it is as if this week were an open spiritual retreat, where in an atmosphere of family spirit, of sharing tasks, of missioning, of reflecting, of meditating, of praying… one reaches the depths of each one, in the spiritual and in the communal experiences shared and other realities known, which allow them to recharge their batteries.

Finally we must thank the people of General Alvear who received the missionaries with very great affection, welcomed them, and cared for them. We make Father Juan Ángel’s message of gratitude to all the people of Gen. Alvear for all the attentions and collaborations offered to the FAMILY MISSION missionaries our own. On our behalf, we are especially grateful to the Blessed Mother since she is the one who opens roads and doors. 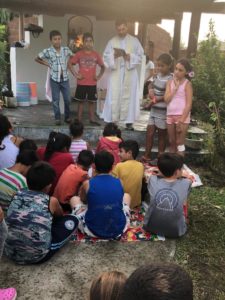 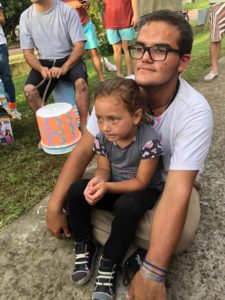 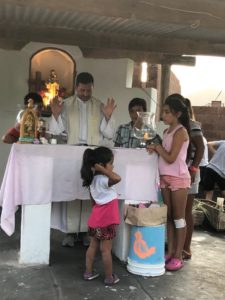 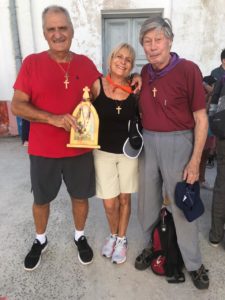 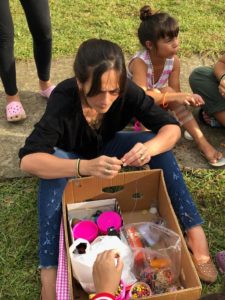 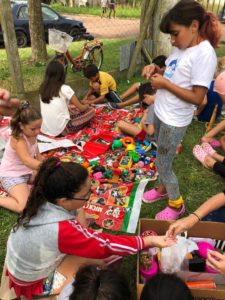