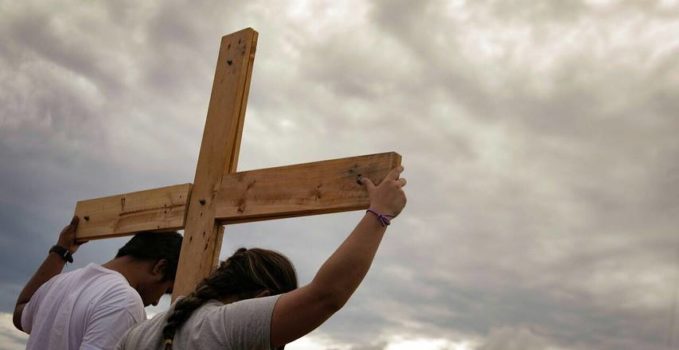 Let’s go to one more house

On the last day of the Catholic University Missions (MUC, for its abbreviation in Spanish) I went with my brothers to mission a little further than we had previously done, since we wanted to visit the greatest number of families and homes possible. By the end of the day, right about our return time, we entered what “we considered” our last home to visit. Since it was the last one, we took a little longer than usual. Just as we were leaving and preparing to return, a missionary from San José Obrero, who accompanied us on the mission, suggested: “Let’s go to one more house.” All of us, certain that if we did this, then perhaps we would arrive late, past the stipulated time to return, we answered, “Let’s go.”  — 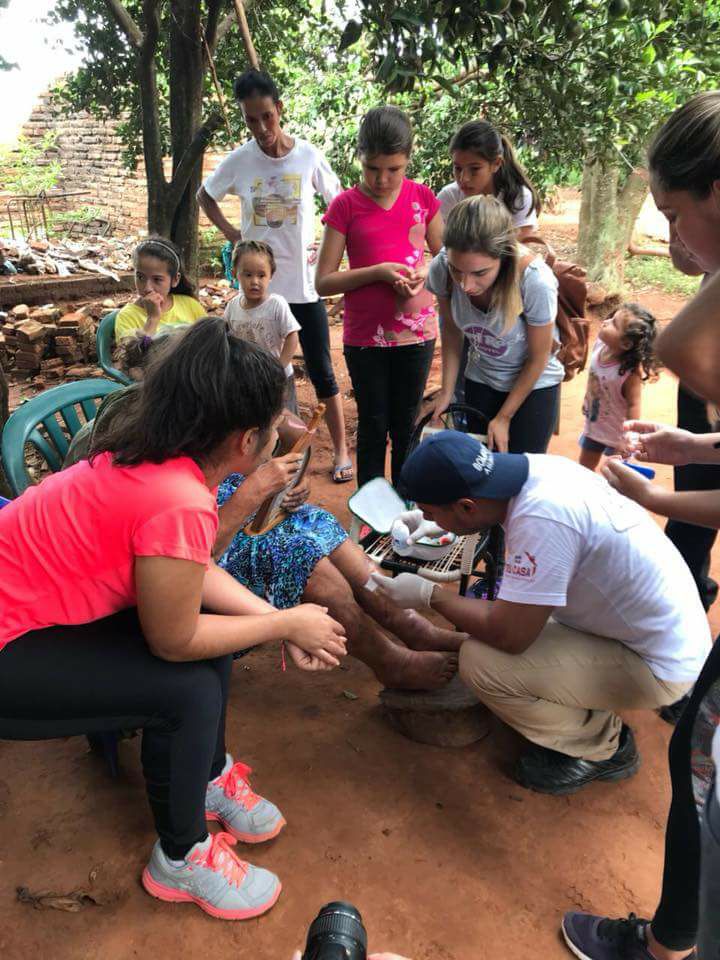 As we arrived, we found Mrs. Olegaria, who we affectionately adopted as a grandmother, sitting beneath the shade of a tree. She kindly welcomed us into her home, and she held on tightly to the picture of the Pilgrim Mother that went with us. As we usually do in homes we visit, we began to share a reading of the Gospel. After finishing, one of the missionaries noticed Mrs. Olegaria’s leg was covered with flies. When she shooed them away, an infected, open wound with pus and almost maggoty was discovered.

The backpack that facilitated healing

On that same day, I had been thinking how I didn’t need to take my first aid kit that I usually include in a mission, but for some reason, when I was leaving the little school where we were staying, something told me to take it. I went back just to get my backpack with this kit, without knowing that a little later that day Mrs. Olegaria would need it.

Those who know me know that I have been a volunteer fireman for some time. During this time, I have seen many situations on calls that I have responded to, things that formed my character, events that would make other people squeamish, so much so that they would even be overcome by the situation.

At that moment, in that house, with the almost six years of training and experience, my character, which had been in similar situations, crumbled in seconds. I tried to contain myself as I cleaned the wounds, and when I looked up from the leg, and I saw my brothers and sisters gathered around me and Mrs. Olegaria praying, I strongly felt God and our Mother’s presence accompanying us, and it brought tears to my eyes.

God’s instruments for the most abandoned

That Mrs. Olegaria felt pain all the time was obvious, but she did not show it at any time.

Later we took her to the health center so she could receive the medication that was needed. On the way, her granddaughter told us that their grandmother was the mother of sixteen children that had abandoned and forgotten her.

Entirely grateful that we were encouraged to say, “Let us visit one more home, and then we will leave,” Mrs. Olegaria received the blessing of our Mother, and the medical attention that she greatly needed, which was an example of how, we are only God’s instruments in these missions.

For those who ask me what is MUC? I respond with the name of Mrs. Olegaria.