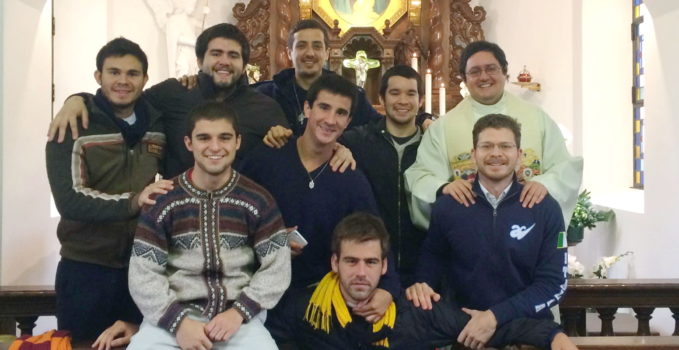 What is Mission Rome?

Mission Rome is an apostolic project with the objective to found the Boys’ Youth in Rome. Now, for the third consecutive year, a third group of youths, sent from the Youth Shrine, is working for this founding desire. Ricardo Villaba, Luis Ramírez, Stefano Marazzi and Piero Fiorio form this community. Below I will introduce the different groups to which we belong, support, and guide or give our time and service. But before doing so, I want to say in advance that all of them are only a very large group of people, who know each other and who work together, we will call this general group Gente Carlina. (Carlina People)

Santi Patroni is the place where the Schoenstatt Fathers live and work; it is located in the Trastevere area. Just like every parish, it has different groups. Within religious education, there are four First Communion groups, Perseverance (the time between First Communion and Confirmation), and two Confirmation groups. Moreover the parish has soccer teams for children and teens from religious education, as well as a diversity of more groups. Fr. Andés Rodriguez and Fr. Beltrán Gómez, pastor and vice-pastor respectively, are in charge of these groups.

Giurcap: Schoenstatt in the university

Then there is Giurcap; the name comes from a combination of the word jurisprudence (law career) and chaplaincy in Italian. This group was born in 2008 at the Law School of the University Roma Tre, by Fr. Ludovico’s hand. However today, students from other schools belong. Giurcap has two weekly activities: lunches on Thursdays at St. Paul’s Basilica and a Sunday Mass celebrated at Santi Patroni Parish along with occasionally taking cultural, spiritual and recreational excursions. Every year they hold an end of the year dinner, a pilgrimage to Sienna or Assisi, and a summer trip to different destinations. From the beginning, this group was trained in the Schoenstatt charism and values in a concrete manner.

On the other hand, we have Skywork, created in 2014. Basically, it is a group of professionals who broke away from Giurcap, once the pioneer generation finished their studies. Skywork also has monthly meetings.

Sunday Mass mentioned above was born through Giurcap, and it meets in Santi Patroni Chapel. Nowadays people of all ages and from the different groups attend this Mass: Giurcap, Skywork, couples, who belonged to the Schoenstatt Family Branch during their training, teens who belong to the parish youth groups, and anyone who desires to come. It operates as a Gente Carlina platform or common space.

After every Sunday Mass, the people, who stay to for fellowship, eat pizza together. They also carry out other activities after Mass: Eucharistic Adoration, talks, interactive games, etc. For this reason and because of the varied groups of people who attend, there is a leaders’ group called the Dream Team. Leaders of what? In effect: the liturgy, choir, games, adoration, inviting speakers to share a talk, offering a home-cooked meal different from pizza, and coordinating all of this joint work.

Continuing with the different groups, we arrive at Núcleo. People from any of the former groups form this group. The group is based on living everyday sanctity through the “pillars” of the group. What are these pillars?

Attentive participation and awareness of the Sunday Mass and Christian Feasts.

A monthly meeting, but it is not required, since it is important and the meaning of this group is to live the pillars. The meeting is usually about a spiritual subject, and there is adoration, where they pray for the intentions of everyone involved with Gente Carlina.

Finally there is another group to introduce. This one especially accomplishes making unity a reality among all the groups. The group in question is called the Prefecture. Its group function is keeping the groups informed about each other’s different activities. For example, for Fr. Alfredo’s farewell, this group was key, since it was the organizational nucleus; it gathered all Gente Carlina, families, who were Fr. “Pope” ‘s friends, and all the people who had the blessing of having a bond with him.

All the groups mentioned can be divided into three large groups (Giurcap, Schoenstatt and Santi Patroni) that are constantly in relationship and are reduced in a general way to only one: Gente Carlina.

I explained each group in detail, because all of them form a part of our daily life, because each one of these people has a direct or indirect contact with Schoenstatt. Thus, this is how: 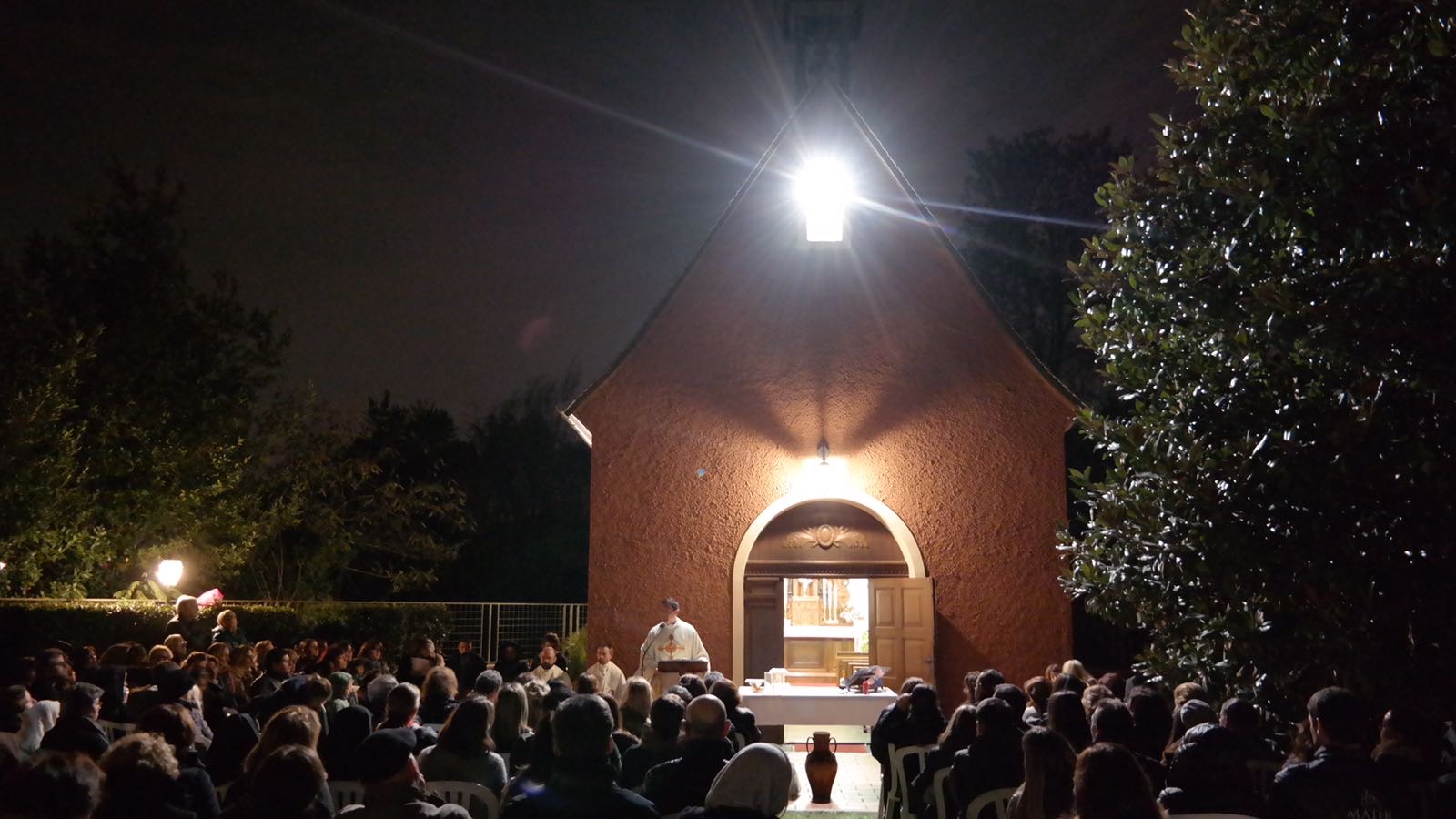