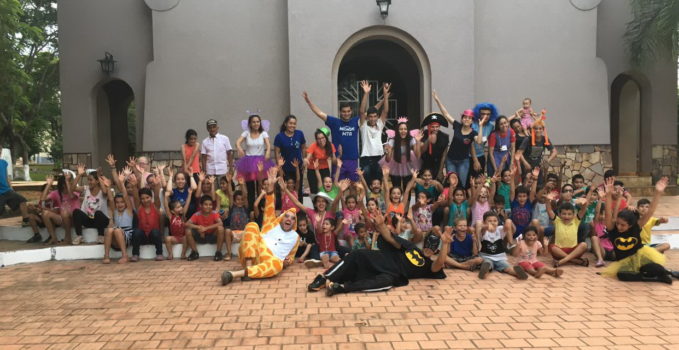 There was already an atmosphere of devotion, or as we say in the missions of “a contained joy” especially in Santa Elena, as we accompanied the Blessed Sacrament from the church to the chapel of our school, where it was exposed from midnight until 6:00 a.m. so that each family of the mission group could accompany Jesus until the dawn.

Before as a prayer and in a symbolic way, the leaders of the mission washed the feet of their groups leaving the opportunity open, so that others could wash the feet of whomever they wanted. It was a reflection that touched the Schoenstatt Family because generally, members of the different Branches and Life groups wash each other’s feet, and if someone has the grace of having brothers/sisters who accompanied them in the preparation of their covenant, it is a confirmation of their yes to Fr. Kentenich’s call.

In my case, during this mission, that night I was very aware of Mario Hiriart because my students from the Engineering School washed my feet and I washed theirs, renewing as Mario would say, trust in God’s perfect plans despite the fact as engineers we want to calculate everything. 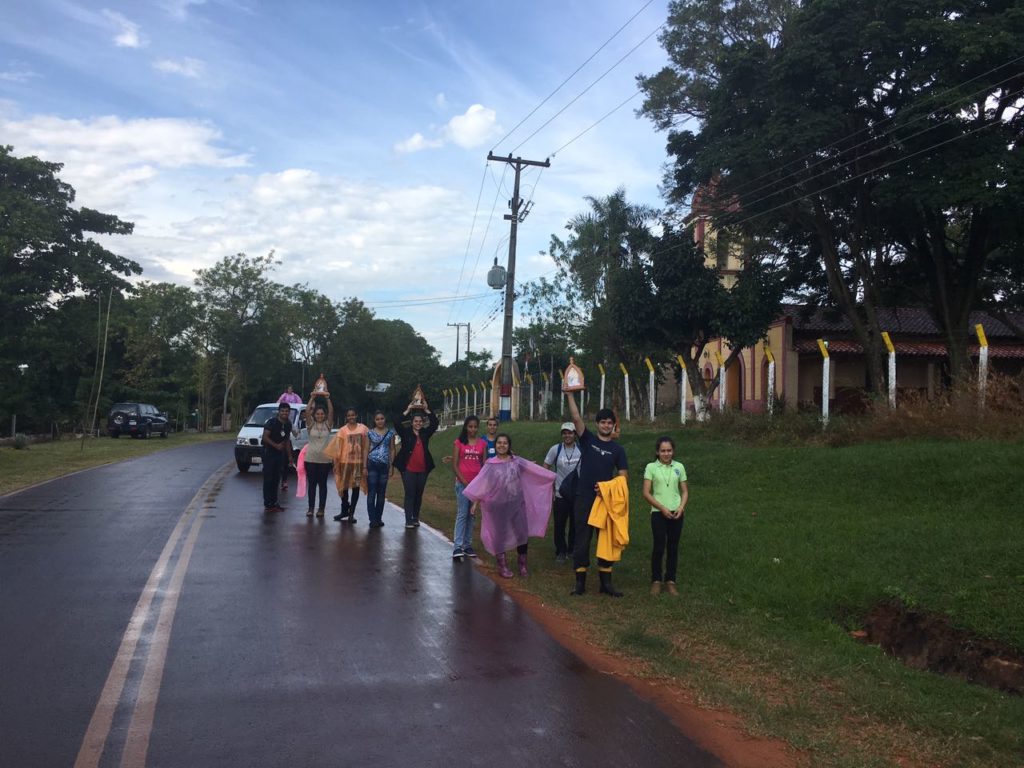 On Friday, we did not mission, and it was a time for a short retreat, where we reflected about our position in daily life before the moments of the cross; we had previously contemplated on the 14 Stations of the Cross.

During the afternoon, we participated in the traditions of our country with the people before the liturgical celebration. We experienced the moment of the crucifixion, which took place outside the church, along with the women who accompanied the Sorrowful one with their songs. After the Passion, we witnessed the descent from the Cross, we traveled the streets to the tomb, and we ended with the Tup itu (the adoration of the cross in Guaraní). At night, many for the first time, participated in a necrology, praying the sorrowful mysteries for the deceased until we reached the cemetery.

That night, the prayer was especially meaningful for the Schoenstatters, because it was a time to recall Jesus’ giving of the Blessed Mother to each one of us. In this prayer, Kiko, a member of the University Boys’ Youth from the Youth Shrine, represented Jesus. He was on his first mission and he told us how important it was for him to experience this time of giving of self, to the one who is his ally since last December.

During the retreat, we had testimonies about how the reflections helped us to find God’s manifestation that are always through the small things. They helped us to see how to re-direct our life and specifically our spiritual schedule and resolutions. To realize that spirituality is found in the attitude with which we make our decisions, and especially in the moments of weakness, to give our yes like the Blessed Mother, Rodolfo, of the Men’s Branch commented. 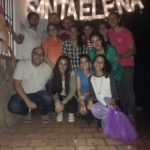 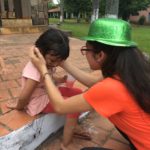 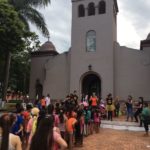 Saturday morning, we joyfully and eagerly went on mission for the last time, or better put, to be missioned. When we returned, some very beautiful surprises awaited us on behalf of the Service Team, which were provided with small details, the cleaning tasks were done, our beds were made and the classrooms were organized.

In the afternoon, the workshops with the children ended and everything was joyful with costumes, games and a lot of laughter; we were already filled with an atmosphere of resurrection.llenamos ya de un ambiente de resurrección. 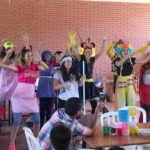 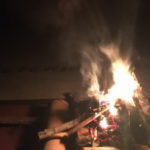 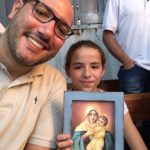 Upon arriving at the Church for the celebration of the Night of Nights, there was a weather alert for the mission area, but nothing was happening yet. We were in the dark and during all this time, there was no noise. When we sang the Gloria and the bells rang, the wind blew and it was like the breath of the Holy Spirit in a tangible way that Jesus is the Lord of our lives and that his times are his times. “Through the wind, God manifested that in his will he blew when it was the moment, and we should renew our mission and our covenant through love of the Cross, because our missionary cross is glorious, it is without the Crucified Christ, and it indicates the way to see that the tomb is empty,” Gabi, from the Girls’ Youth told us.

Then while we waited for the storm to pass, we shared the joy of Easter or Resurrection with the community.

Finally, the night ended with family time (groups) where hearts were opened once again. Throughout the length of the hall that leads to the chapel, beneath a very strong storm with wind, rain and thunder, every missionary literally had the opportunity to see the risen Jesus who took his throne again, but already risen in our chapel, recalling Benedict XVI’s words to the youth in Madrid, “Your strength is greater than the rain.” (Pope Benedict, WYD Vigil, 20 August 2011) 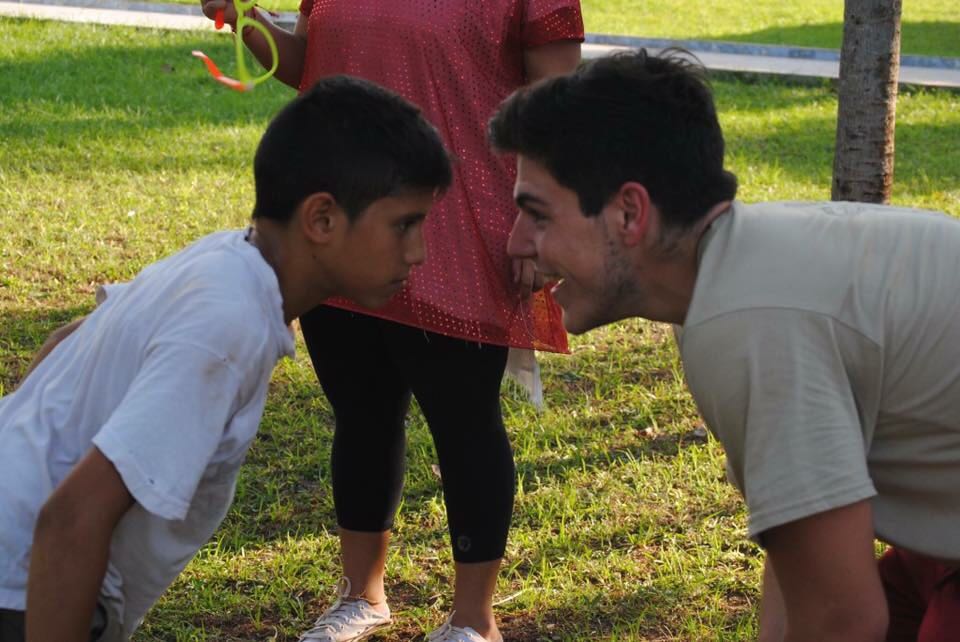