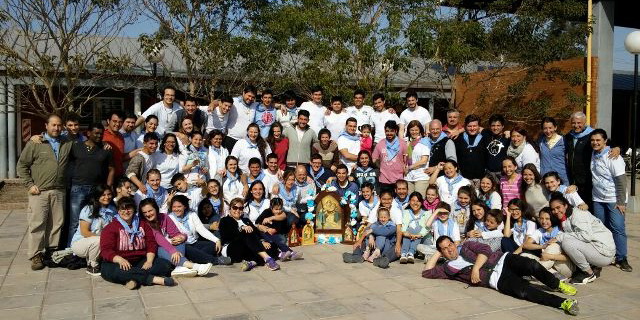 Taking the Father’s Love and Mercy to Las Garcitas

The Schoenstatt Family from the Diocese of Resistencia experienced a second year of the first cycle of Family Missions in the Chaco region of Las Garcitas, on 19-24 July 2016. Fr. Martín Gómez, the adviser of the Family from Resistencia, participated; a seminarian from India accompanied him.

Six couples with children, seventy-five teens and youths from different parts of the country (La Plata, Ituzaingó, Paraná) went.  They set aside their vacations and comforts to share their faith and devotion for the Mother Thrice Admirable of Schoenstatt with the families of Las Garcitas. They had one objective:  “As children of Mary, take the Father’s love and mercy to the hearts most in need”, with the motto “As a missionary family, let us go out to the encounter” (the motivational motto for the three-year cycle).

They placed each day of the mission under the protection of Blessed Cura Brochero, chosen as the Family Missions 2016 patron, enlightened by an affiliation:  a parable for each day that also accompanied the workshops organized for the children, youths, and adults.

A large procession and festival took place on the last day of the missions with a strong presence of the faithful. During the closing Mass, five missionaries (prepared by the Rosary Campaign) were sent out and four youths from the Missionary Family received their Pilgrim Mothers.  There was a harmonious family spirit; an intensive spirituality around the Mission Shrine and a great joy enveloped the entire Mission. 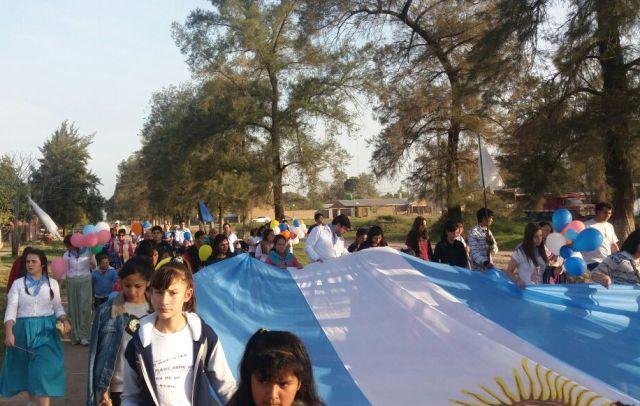