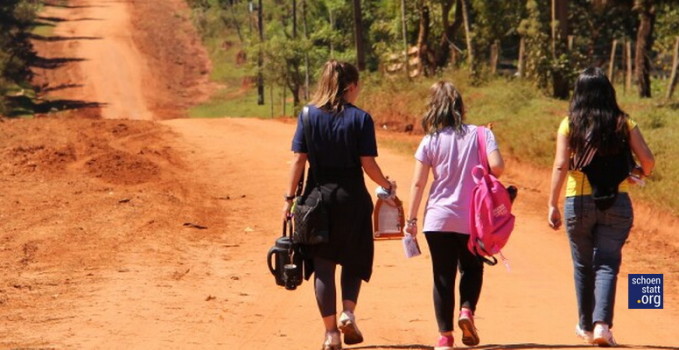 MUC2016, the Catholic University Missions 2016, began on 22 March – the day of the attacks in Brussels – 956 young missionaries, approximately 300 more than last year, gathered in front of the Asunción Cathedral and in front of the Rotunda, at Villarrica to go out on mission to eight cities during Holy Week. 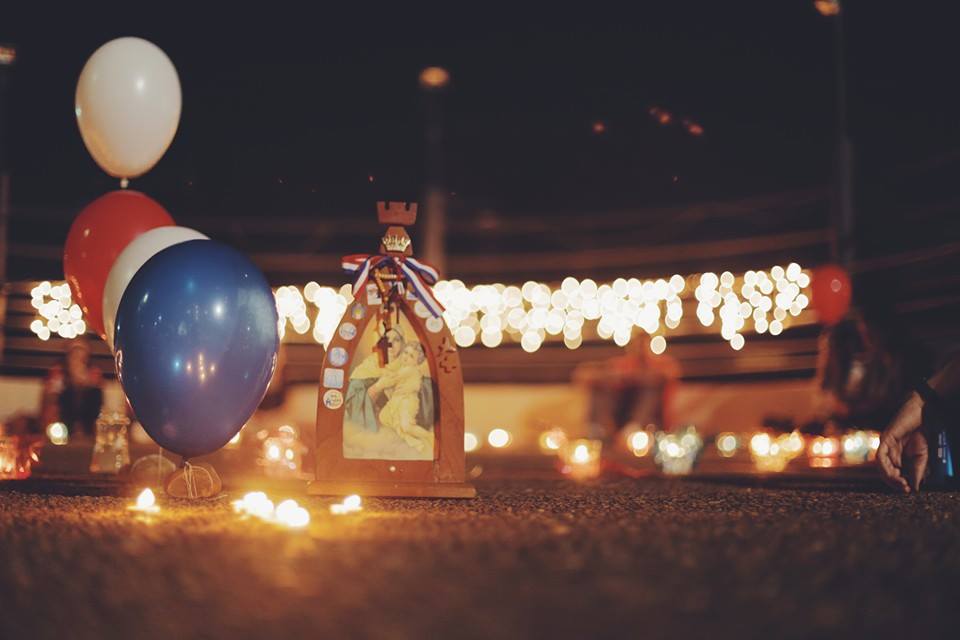 They went out after a profound preparation, and it would be from their own encounter with God, knowing “…that a missionary is above all, someone who had an encounter with the risen Christ.  Someone, who has experienced God’s love in their life:  in the forgiveness of their own sins, in the hope of their own salvation and of eternal life.  Someone in whom the Holy Spirit has been showered and it makes them exclaim:  “Father!” and it give an impetus to charity, to love God above all things and our neighbor ‘like He who has loved us.’ ”

Mission, above all and as its name indicates is a “sending forth”.  To be a missionary is to be sent, just like Jesus on earth.  In his prayer to the Father, Jesus says:  “As you sent me into the world, so I sent them into the world.”(John 17:18)

We are witnesses of the Risen One “Go into the whole world and proclaim the gospel to every creature.” (Mk. 16:15) (muc.org.py)

“My most loyal companion, Mary of my life, you are the sun”

“My most loyal companion, Mary of my life, you are the sun,” a missionary tweeted on Twitter.  They went out accompanied by the Pilgrim Mother, the great missionary.  The Schoenstatt youths are the “burning nucleus” of the missions, and as José Argüello, of the Rosary Campaign’s Youth Ministry said, “The mystery of the Pilgrim Mother, with which everyone falls in love.”

“The great day arrived!  Everything was ready to give that love that floods our hearts in the eight cities, and thus, in this manner, a blessed cycle closes, with much joy! San Salvador, Iturbe, Gral. Garay, Buena Vista, Fassardi, San Juan Nepomuceno, Gral. Morínigo, and Caazapá were waiting for us!” a missionary commented on 22 March, with a backpack in one hand and the Pilgrim Mother in the other.

MUC has visited these cities for three consecutive years; Mission 2016 closed the cycle. 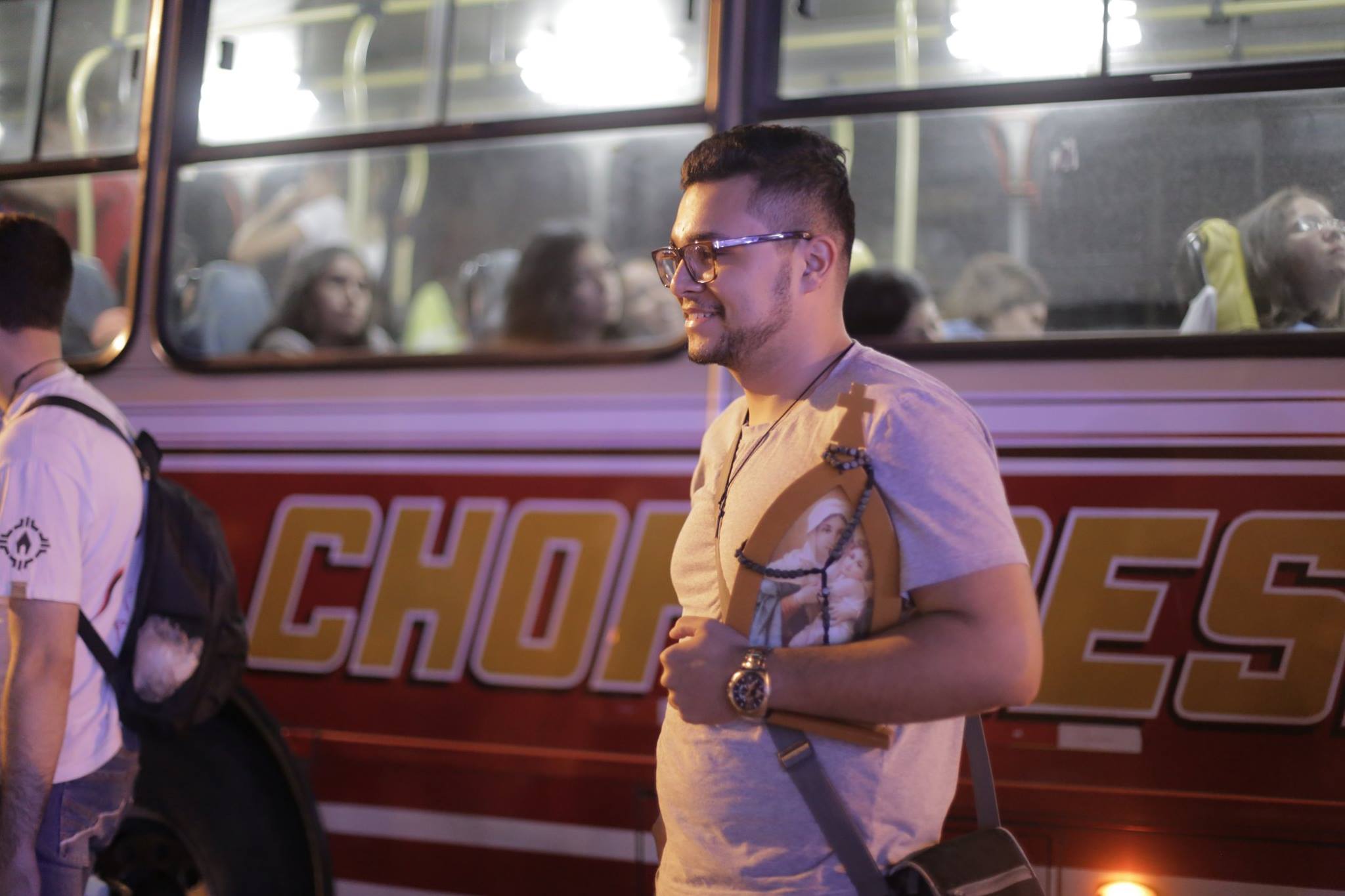 “The day before, I always feel very emotional,” another missionary commented, on the MUC 2016 Facebook page.  “It is that during the year, I received so much from God: innumerable blessings and during these six days which from my smallness and poverty, I try to return some of it, although it is only a small part of it.  Last night, I began to think about the nerves I felt the first time I went, on how it was a super great mystery.  I did not know what I would do specifically, nor did I have any idea of the people that would share with me… But much, much less did I imagine that in a few years I would feel such an immense affection for my city, the missionaries, those to whom I ministered.  I know that in 2016, a cycle will end that gives me many mixed feelings:  one on hand, I already want to return to what is the best place in the world to me, and on the other hand, I know that is time to close these three years.  Then I look at the photos, the crosses I was given, and I go to share my joy with the friends that I made and I can’t help smiling. Because I feel like a humble instrument of God, wherever it may be, for whatever time it may be, or for whatever. At the end of the day, I feel that it is my vocation:  to mission where God needs me.  That is the reason that today, when he calls me again, my heart explodes with joy with every hour that passes and it feels closer to experience MUC once again.” 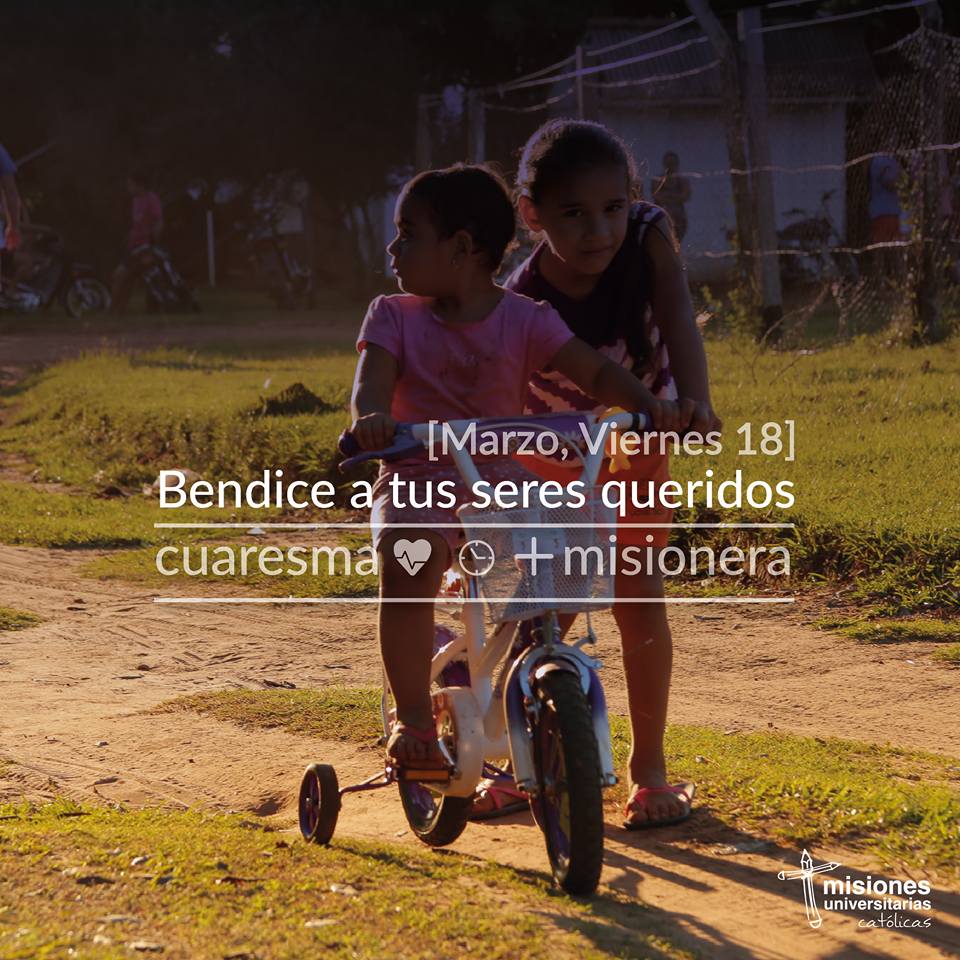 The mission of my life

Anahi Salinas: “At the end of the day, I feel that it is my vocation:  to mission wherever God needs me.”

“At the end of the day I feel that it is m vocation: to mission wherever God needs me.”

The MUC are characterized by a profound spiritual feeling, marked by Holy Week and the popular culture of the Paraguayan people: in the manner of spending those days by accompanying Our Lord’s passion.  The missionary is that humble one, who recognizes his limits; he trusts that the Lord will give him the strength, and the precise words to transmit the Good News. It is he/she who bravely decides to struggle for the Lord and the Gospel; moreover, it is a person who for love of people and God gives his time to others.