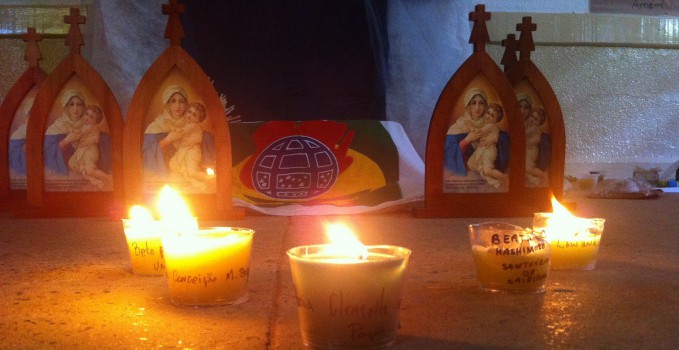 May this mission bear much fruit in the city of Ibiúna

Generation Missionary, Everything for the Queen! Guided by this motto and regionally divided into three groups: South, Southeast, and Parana, the Schoenstatt Boy’s Youth of Brazil carried out the 2016 Christ Tabor mission. 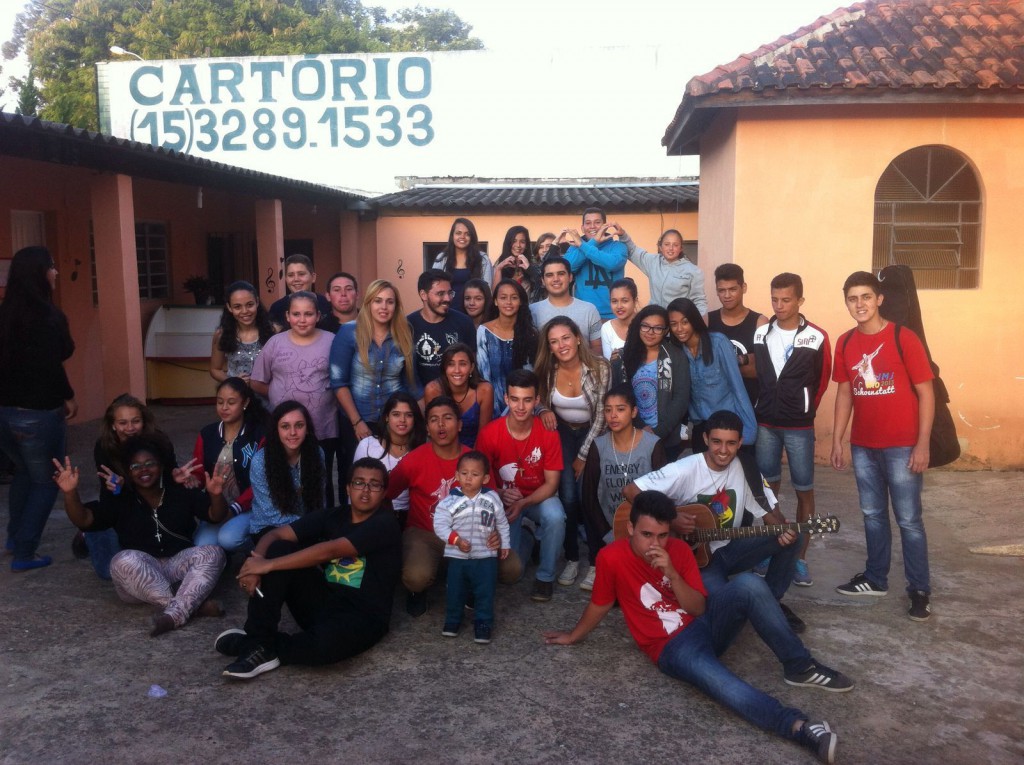 Here is a report of the 2016 Christ Tabor Mission in Ibiúana, Sao Paulo:

The city of Ibiúna/SP received a very special visit on 16-23 January. Following the year’s theme: Missionary Generation, all for the Queen, forty-four missionaries, with joy and the zeal characteristic of those whose hearts are filled by the love of God, traveled through the city to carry out the 6th edition of Christ Tabor Mission. Thus they contributed to building the Mother of God’s kingdom here on earth.

The youths were divided into two communities, one at Professor Frederick Marciano School, in the Ressaca neighborhood, and the other at Professor Lourdes Penna Carmelo School, in the Paruru district. Just like Jesus’ first apostles, the missionaries traveled the streets in groups of two or three, carrying a Bible, a picture of the Blessed Mother, and abundant faith. They visited homes and businesses, talking with people and they prayed, sharing a little bit of joy and hope.

Beyond the door-to-door mission, they carried out daily activities at St. Thérèse of the Child Jesus and St. Roque parishes in Ressaca, and St. John the Baptist in Paruru. Thematic workshops for children, youths and adults were offered where everyone could pray, converse, sing, enjoy him or herself, and share many life and faith experiences. After the workshops, they prayed the Holy Rosary, and then they participated in the celebration of Holy Mass.

During the Year of Mercy, Frs. Julio Fabiano Rodriguez and Alexandre Awi Mello, Schoenstatt Fathers, who advise the Missions, will hear confessions every day, helping many people experience the mercy of God and to be renewed in their faith. 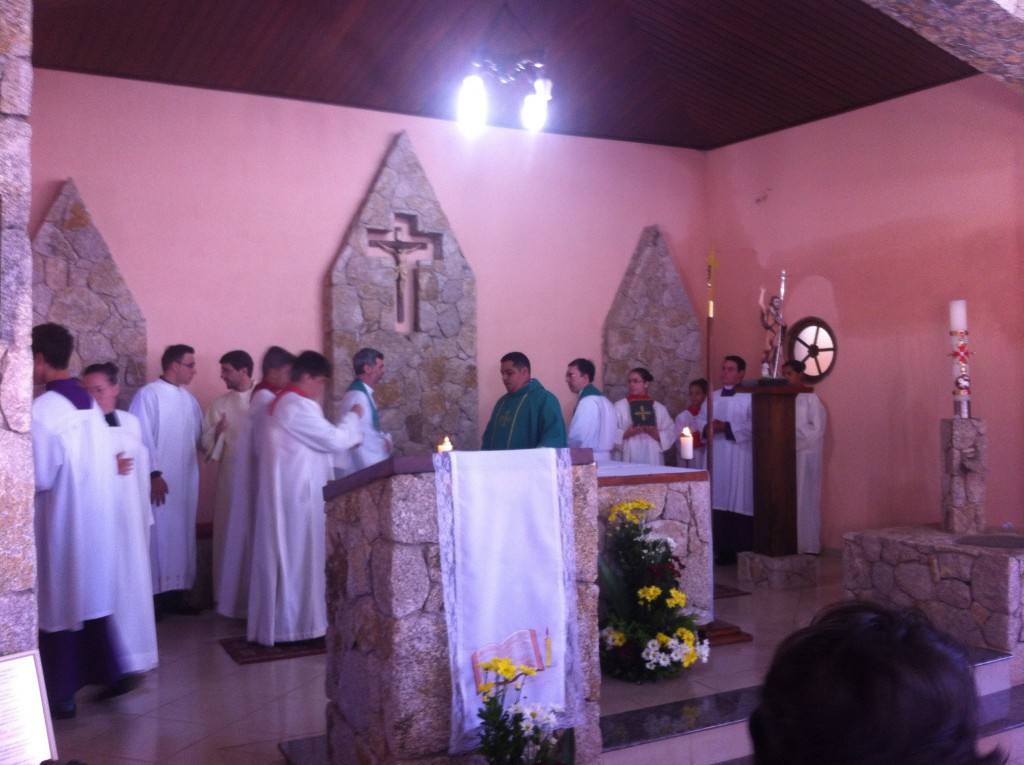 The Schoenstatt Family, who accompanied the Boys’ Youth with prayer, was well represented at Ibiúna in the Missions. In October 2015 at the Southeast Regional Congress, the Movement’s administration gave coffee cups with a logo designed for the Boys’ Youth. This material was reused to make candles for every community’s shrines-mission, at Pope Francis’ request for a greater closeness to nature. During all the experiences and times for prayer, prayers were offered contributing to the capital of grace for the intentions those who donated their “cup”.

Thanks to St. Thérèse of the Child Jesus and St. Roque parishes’ support and many others, 2016 in the southeast was a great success, and it reached its objective.

About 1,000 homes were visited and scores of people participated in the workshops, rosaries and Masses, every day. Youth night, the missionaries organized a holy celebration that was very lively. Hundreds of youths took part, were gladdened by a great deal music and a beautiful time of adoration and praise for Jesus Christ.

The Schoenstatt Rosary Campaign, which already reaches more than a 1,000 families in the city, was reinforced by the missionaries’ visit. Moreover, the missionaries also helped a traditional Pilgrim Mother pilgrimage through the neighborhoods of Campo Verde and Paruru. They walked 6 km with great faith and for love of the Blessed Mother.

May this mission continue by bearing much fruit in Ibiúna, especially among the youths and people who suffer, empowering the residents to be more generous, kinder and merciful to others and to contribute towards a better life for everyone!

And this year, the Brazilian Boys’ Youth can continue to give everything for our Queen in the daily mission, whether in different national, regional activities or that of every branch, or whether it is in school work or each one’s family. Only by taking the spirit of the mission into our routine can we truly make out beloved Mother and Queen Thrice Admirable establish her throne of graces and reign in our world. 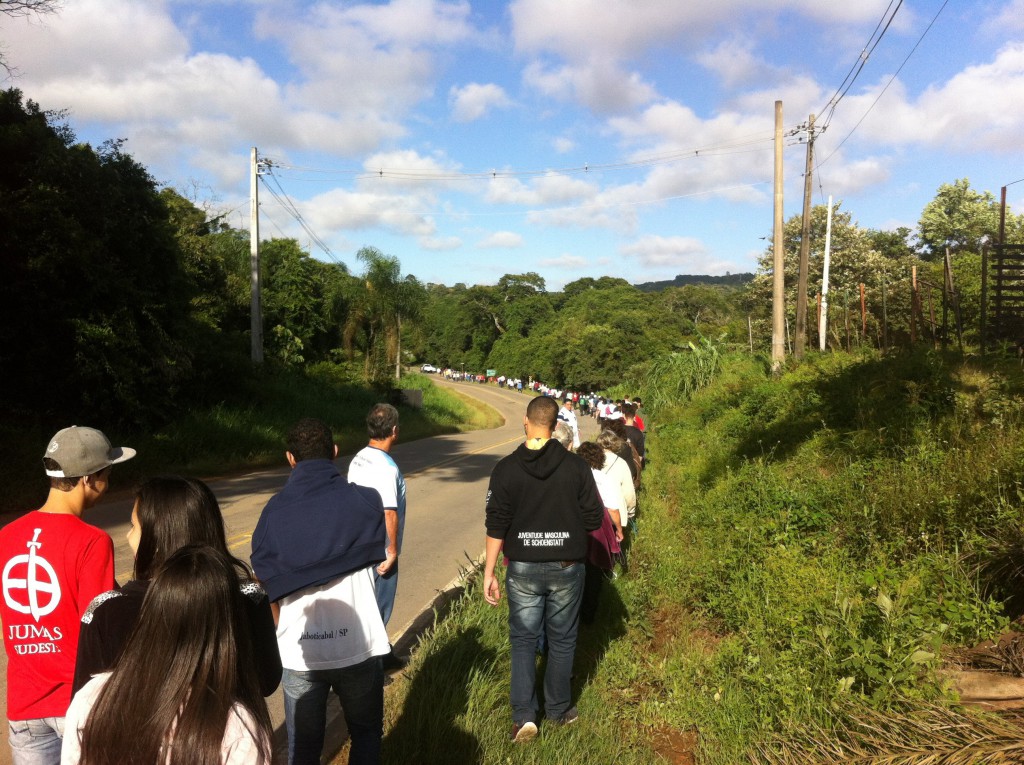