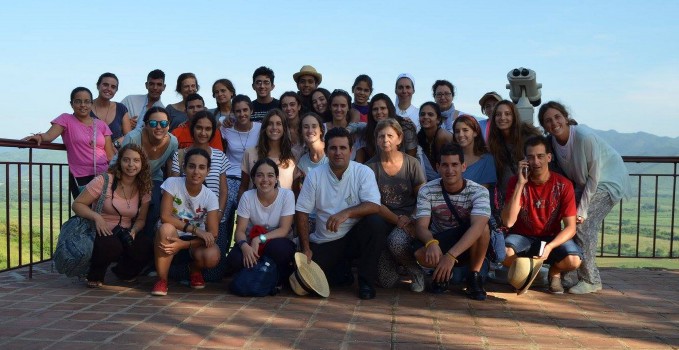 For us Cuba is a before and an after

This summer the University Girls’ Youth from Spain carried out a missionary experience, Misión Cuba [Mission Cuba] at Fr. Bladimir’s parish, Santa Cruz del Sur. Fr. Bladimir and the parish hosted them along with three young men from Chile who were also there for Misión Cuba; Fr. Bladimir is a member of the Schoenstatt Federation of Priests.

Cuba… For us Cuba is a before and an after story. Everyone who has been there will agree with this. Cuba has enkindled small flames in each of our hearts; flames that will never be extinguished.

It is difficult to see the world in the same way when you have faced poverty face to face. When you have seen that those who have faith are happy even in misery, bad conditions, without resources, and without food. They are happy because they have God; their faith is their daily nourishment. How is it possible? How is it possible that in our society most do not find happiness when they have everything, that people always seek the material things? This is something that we will never understand although we always have the answer before our eyes, and yet, we do not see it.

During the novena to the Virgen de la Caridad [The Virgin of Charity], the Schoenstatt youths of the parish had been praying every night for Spain and Chile’s Misión Cuba.

They were the true missionaries

The missions are so different than just being a volunteer. It is so different to help by showing God to the world. Going on mission was one of the most beautiful things that we have done, and in Cuba, it was very gratifying. There are so many people who have lost everything because of Communism by not denying their faith. One has no idea how much, or how much has been taken from them and how they have suffered. People who are educated and had careers cannot take their children to school because they will not deny faith. They have lost their jobs and the chance to work, they have lost their homes, they have been stoned, they are people whose lives have been hell and when you ask them: Would you do it again? They responded, “yes,” without hesitation. How could one not be affected by these testimonies? How could one remain still without doing something?

We are proud of the mission; we have truly been missionaries of mercy. We have achieved our goal by taking God to the people, and for some, we have been an example and a family. Although they are the ones who have been the true missionaries. Because, they transformed us with their simple faith, their eagerness and need for God, and for their total commitment of helpfulness; they are an example of the first Christians.

Those who do not believe have also been missionaries to us. In them, we have seen the complete rupture between heaven and earth, of how mechanist thinking destroys man’s spirit and soul. In this Cuban society, this mechanistic thinking is the product of communism that for 60 years has forgotten the love of God and prohibited the dignity and the uniqueness of each person. We have seen the reality of that world that our Father warned about in 1914

Schoenstatt and the Blessed Mother are truly the answer for an awakening Cuban society, a mother who loves each one in his/her own originality, who respects them and educates them in their gifts and weaknesses and who loves them and cares for them as family. Finding a home, they feel sheltered and unite as brothers/sisters in a place, our Shrine, her Wayside Shrine. It is a belief, a living prayer that comes from our Father Kentenich’s life and love and that heals hearts.

Our Blessed Mother has always protected Cuba; the Virgen de la Caridad del Cobre has always been light and strength for this wounded people, our mother and queen is the woman clothed with the sun who steps on the head of the serpent. 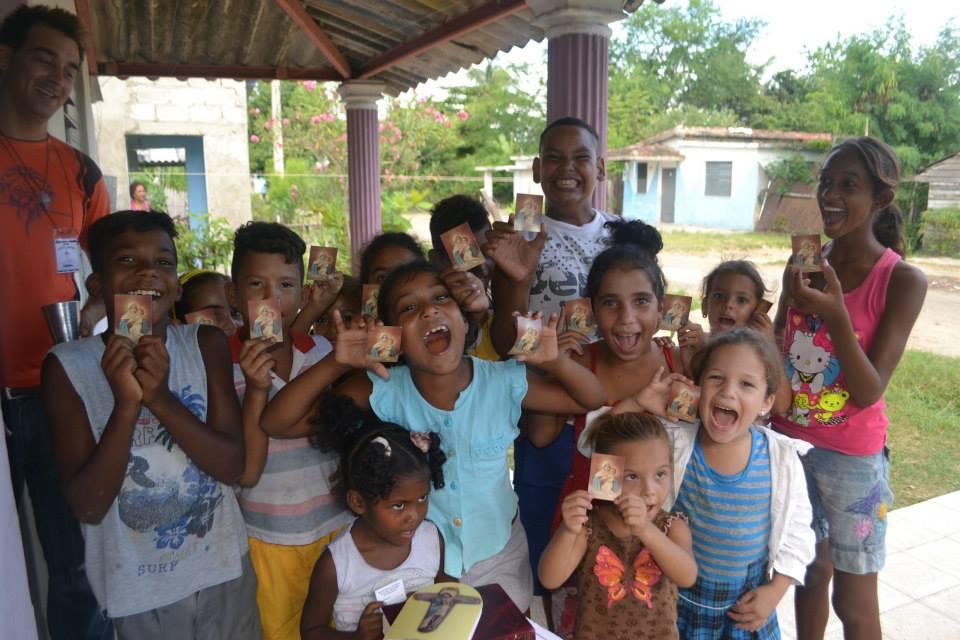