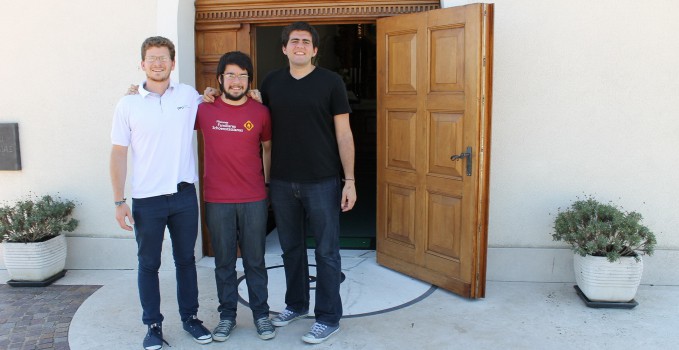 Mission Rome: “Above all, God invites us to serve”

In less than two hours after the schoenstatt.org team sent out a call for a service of solidarity to several Schoenstatters who speak Spanish in Rome, Nico Prono, a 21-year-old Paraguayan, who is presently in Rome, wrote: “I already communicated with M. and then with C., her brother who is here; we exchanged contact information and we will continue to talk.” A Schoenstatter’s brother from Chile and his wife were on vacation in Rome when she became seriously ill and had to be admitted to a city hospital. At almost the same time, Pamela Fabiano, of the Schoenstatt Youth in Rome wrote: “Thank you for your message. Of course I will contact M. and I will help in any way I can…in covenant solidarity.” “A big hug and united in the covenant that becomes concrete in the small as well as the larger things.” Between the two along with other friends, they searched for more economical lodging for the husband, they communicated with his anguished family in Chile, and on the 18 June, Nico and Pamela met him at Saint Peter’s Square… a real and efficient Covenant of Love.

When Nico Prono and two companions prepared to leave their country and to leave their families, girlfriends, and friends to give a year of their lives to Mission Rome, one of the Branch’s most daring adventures, the adventure of going on mission in the heart of the Church to found or to strengthen local Schoenstatt youths and simply to be available to serve wherever they are asked: with the young people, sick people, Schoenstatt Fathers’ parish … or for this Chilean brother and sister, who thanks to them experienced the strength of the covenant of love in solidarity. Father Pedro Miraballes, adviser of the University Boys’ Group from Asunción, Paraguay wrote, “Above all, God invites us to serve.”

Nico Prono, Braulio Heisecke, and Jorge Ortiz, group companions since the beginning of the Boys’ Youth have been in Rome since January of this year; their “headquarters” is an apartment close to the Schoenstatt Fathers’ parish in Trastevere, Santos Patronos’ [Holy Patrons’] parish Saint Francis and Saint Catherine are the patron saints of Italy.

Jorge decided to pursue Microeconomics, Braulio opted for Physics, and Nico preferred Private Non-Profit Institutions, each one at different colleges. So they are like normal students in this unique chair; the aim of this choice does not reside in the concept of learning; but most of all in the people, they will meet. It is about being missionaries in the parish, in the Italian course, in university, and through their presence of solidarity, soccer, songs, meals, joy, the attachments, and their covenant of love, seeking open doors to sow Schoenstatt’s seeds with the spirit of missionaries. 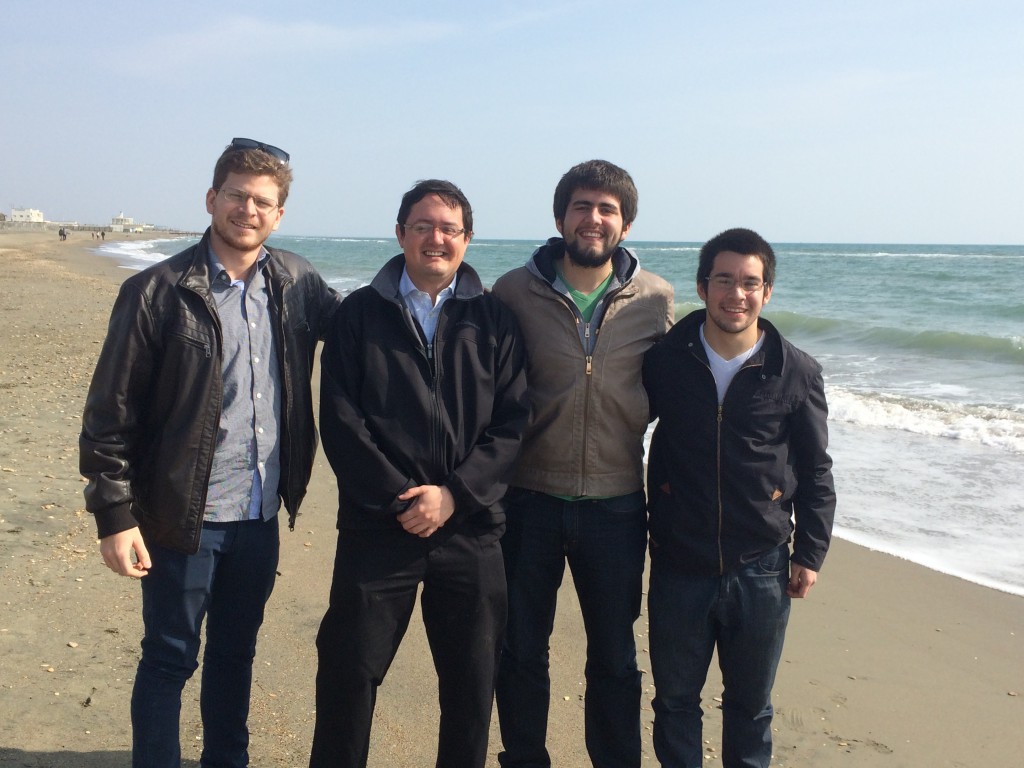 The seed of World Youth Day in Madrid

They recount many times of the Boys’ Group life groups dissolving when their members enter university. This was not the case with their group; they wanted to make an effort to maintain the attachment and they accomplished it in a good part because they sought a common missionary task. Now three of them are in Rome, on mission, and they are supported with prayers, contributions to the capital of grace, the ideas and the attachment of their group brothers from Paraguay and many other university students, who form the “nucleus” of Mission Rome. They said, “When we return to Paraguay at the end of the year, we will integrate into this nucleus.” It is important for the spiritual and human support, and it is important so that their self-giving does not remain as something just for them, since other missionaries will come who will continue and carry forth what they have sowed. “Perhaps we will not see the fruits of our work,” says Nico. “But we sowed, and we know that we are responsible for the crop.”

To sow. Who planted the idea of Mission Rome? “It was Father Alfredo Pereira and the Holy Father,” says Nico. He was in Rome as a seminarian, and shortly after his ordination in Paraguay, he returned to work in the parish and the nascent Schoenstatt Youth in Rome. “When I was at World Youth Day in Madrid in 2011, during the ‘Unanimiter’ gathering of the Boys’ Group, he told me: “Nico, we have to do something for the Schoenstatt youth in Rome.” It was a seed that fell on fertile ground.

They did not know what the missions were

The Missions in Fusine, a small town in the Zoldo Valley north of Italy were a great moment; it is a well-known tourist area for those who like the mountains, nature, snow, and skiing. They went with thirty secondary, university students, and families all of them close to the Santos Patronos parish. “They did not know what the missions were, or how to go on mission…but we did it with them, like us, they learned about the missions, and we learned how to mission by going on mission…” they explained. They asked one of the girls to write an article for schoenstatt.org. It is an article full of awe, of the “first love.” “They fell in love with the Blessed Mother, with the covenant…” they commented. Some of the youths are now preparing to seal the Covenant of Love.

The parish and the two Schoenstatt Shrines in Rome are the meeting places. During an afternoon, every week, the youths pray in Sisters of Mary Cor Ecclesiae Shrine. The three missionaries made a retreat (and the interview for this article) at the Belmonte Shrine. The youth Masses at the parish “are not like the Masses in the Youth Shrine, where Schoenstatters are present, and we invite others; these are parish Masses, but they have something of covenant…”

Now they are preparing for a pilgrimage to Santiago de Compostela with other youths from the parish, along with university chaplain of Law in Roma Tre of which the Father Pope is chaplain: the Camino de Santiago [Road to St. James], Portuguese side. There are 120 Km. of pilgrimage south to north divided into six days, from the city of Tuy to Santiago de Compostela, the Galician city that receives thousands and thousands of pilgrims every year and with different motivations, religious as well as simply cultural, personal or spiritual. 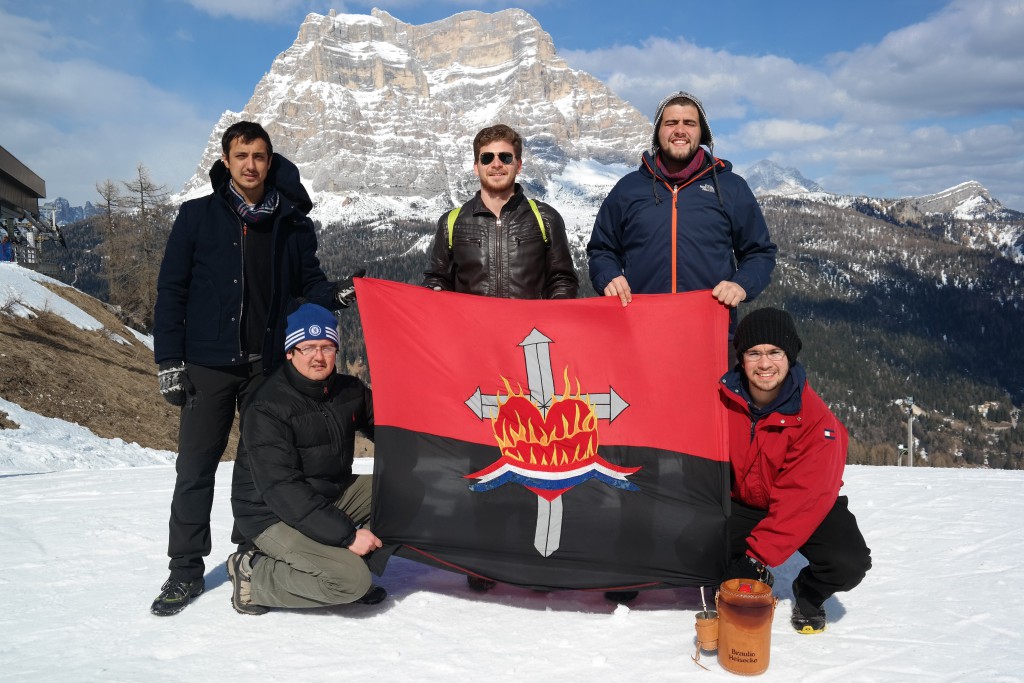 “It has already been three months since our arrival, and we are exactly at the point of beginning to take more concrete steps in founding the Boys’ Youth,” they noted.

“We were able to establish an attachment with the families who frequent the parish and with the boys…needless to say, an indication of this was that they allowed us to direct the children’s little soccer team in a lightning tournament against another parish; the “lessons” of how to use elbows without being seen or to fake a foul, invent a penalty and provoke an expulsion, among other tricks of our folkloric soccer will come.

We can already lead meetings, and our message has reached the public we are addressing. We already know the tools that we can count on, and about the downturns that could occur, and we only have to agree on the details of the plan and to execute it by trusting in the plans that God has for us and for this mission. We are more aware that we are His instruments, thus with many contributions to the capital grace, great self-education, and an intense cultivation of the spirit, our Mother and Queen will mark the path to follow.” 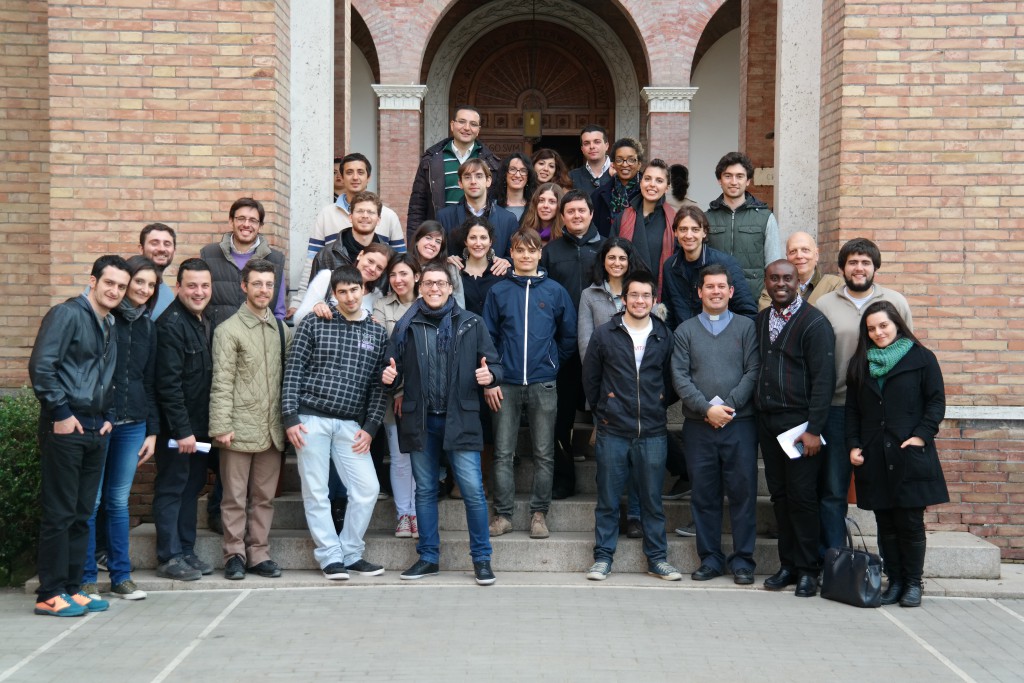 To maintain the attachment with the University Boys’ Group in Paraguay as well as with all the Schoenstatt Family from there, they write a monthly bulletin called “Correspondencia” [Correspondence]

Here we share the first three editions, and we will continue publishing them on schoenstatt.org 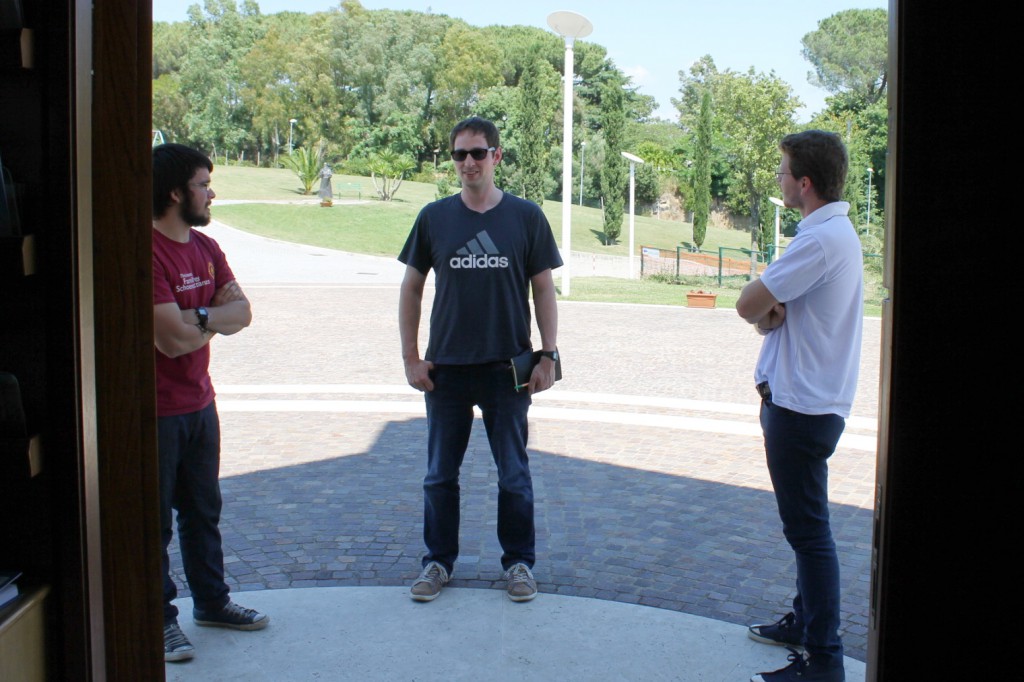