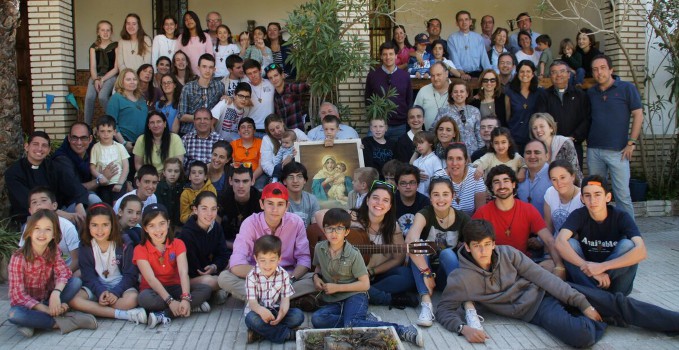 Peñarroya-Pueblonuevo is a place in Córdoba, Spain, bordering on Extremadura. Its river, Guadiato, irrigates the feet of the Sierra Morena Mountains, which are seen in the distance and are green in springtime. Great pastures border the town, and these pastures are filled with centuries old oak and olive trees in which partridges and all types of birds cohabit and nest in an almost Mediterranean climate with mild winters and summers that are not too warm compared to the rest of the Córdoba province.

“Córdoba chica,” as this place was called since the end of the nineteenth century, witnessed a Hispanic-French funded mining industry that was very successful and an important metallurgical industry. In the mid-twentieth century, in its greatest splendor, it had as many as 55,000 inhabitants. Today, its 13,000 inhabitants live from commerce and services, timidly severing agriculture and livestock industries that are proper to this region.

“Go out from your houses, leave your comfortableness, go out to the encounter…”

With this backdrop of leftover mines in the open air and demolished buildings recalling what was once the region’s industry, doors opened up for us for the family missions. There in the old French neighborhood previously designed by mining engineers… now with abandoned or rebuilt houses, we eighty-five missionaries sought lodging. We missionaries of all ages, who restless to respond to the call from the Holy Father: “Go out from your houses, leave your comfortableness, go out to the encounter…” and desiring to live the Covenant, giving who we are and what we have inherited, cohabited with a very young and enthusiastic pastor… who really wants to renew his parish and wants to accompany his faithful the best way he can.

We knocked on doors. So many elderly people living alone… with unemployed grown children and with grandchildren in their charge… So many people without jobs in hopes of who knows what… with aimless lives in need of some happiness, in need of reconnecting with the parish where long ago they celebrated life on “the plain,” a neighborhood, where the parish of St. Michael is located and where we served. Workshops for the youths in the afternoons, adults or children filled the friendly and delicate places. They did not know what to do for us; we did not know what to do for them, and together we constructed the days of Holy Week in Peñarroya. 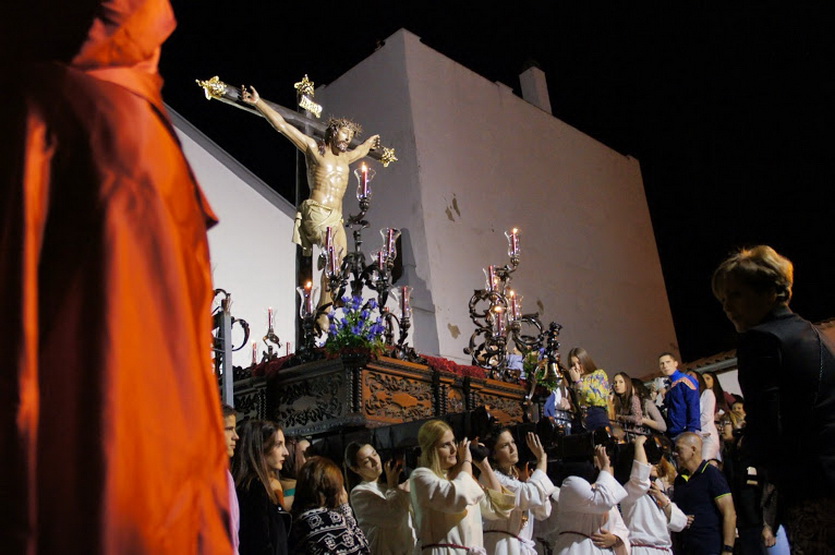 Where the Covenant is lived

We have learned that the Covenant is lived in whatever place and circumstance. Blessed Mother does not know about rigidity or immovable structures. It is lived there where the people want to be close to God. It does not matter if they usually attend their parish, if they belong to the area’s Brotherhood of the Virgin but do not attend Mass on Sundays, or if they only venerate the Andalusian Virgin whose devotion is so rooted that no one, not even through a glance, would dare turn their backs on it: Macarena, the Virgin of the Dew… The Covenant is lived and taken to each heart that is open to hope. And that, only that, is what we have intended to do with them…

In the streets, the uproar was unrelenting because of Holy Week being the culmination of the liturgical year, but especially it is the moment of the year that marks the rhythm of the diocese for which the procession porters, penitents and Nazarenes who had prepared themselves with an ironclad discipline, carrying the “the footsteps” of their Christ of Good Love or the Virgin of Bitterness… the six-hour-long procession through the town’s narrow streets lasting well into the night was impressive. Today who dares to carry Christ Crucified through the streets and his Mother, broken by the pain and radiant in the hope that her Son’s death is not in vain for men of all times?

Through the chalice, we wanted to gather the problems, the loneliness, the health and the anxieties of people in need 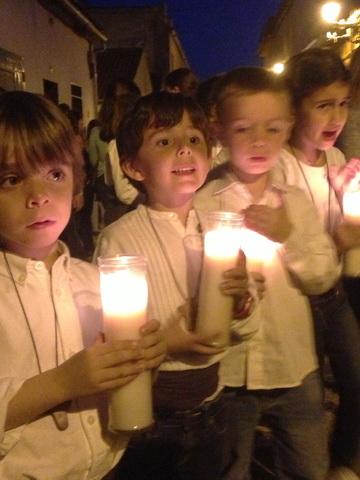 That is its marvelous culture; their Blessed Mother and ours are the same, only they dress in different attire for the occasion. Their Christ nailed to the Cross looked at us with tenderness and immense sadness, asking us in that place to accompany each person in need of love. And we, like Mary in the Unity Cross, through the chalice, wanted to gather the problems, the loneliness, the health and the anxieties of the people in need. We offered that in Night Prayer, in the open air and with a full moon, in front of the improvised shrine with lighted candles.

Very little is necessary to go on a mission

Very little is necessary to go on a mission. To detach oneself from oneself, to forget the comfort to which we are accustomed in the big cities, to bring out the best in ourselves, the talents received, and to place Christ in the center.

Mary made herself present among us during these days. She taught us how to accompany her Son, how to go out to encounter the other person. Solicitous as always, she showed us the way to travel the streets, and in each heart, she worked the miracle of transformation.

We are Schoenstatt Family, without a surname, for a day!

Our missions have the peculiarity of wanting to be seen with great austerity and with a great deal of prayer. Entire families with children of all ages gather to give testimonies of joy and simplicity. In being complete families, it is also about an encounter of different Schoenstatt communities: League, Federation, Institutes, university students, professionals, Fathers, Sisters, seniors, middle-aged and little ones, invitees…missionaries and those receiving the missionary activity. Also people from different places throughout the country: from Madrid, Cataluña, Asturias…it is organized by the Families’ Branch, but without intending to, it contains a good representation of the Schoenstatt Family. And thus, we think that if Father Kentenich were journeying with us, he would say to us: “Everyone has a place in Schoenstatt…” We are Schoenstatt Family, without a surname, for a day! We open the doors of our Shrines, and we go out to encounter everyone with our living Covenant in our heart. We give, we receive much more than what we give, and we return home with the sensation of a fulfilled mission and filled with God. It is not easy to remove the missionary cross hanging from our neck. The feeling of gratitude is immense, so is the tiredness, but above all, the experience was worthwhile!