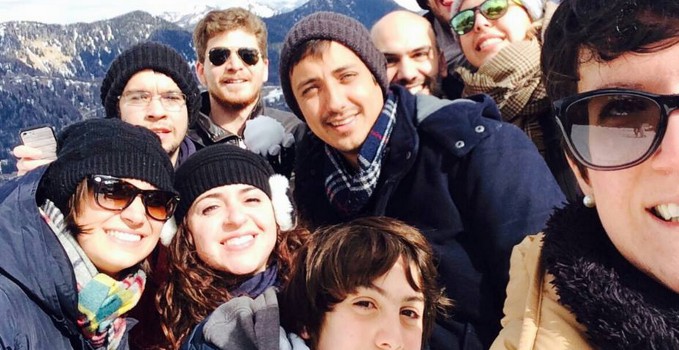 Under the banner of an encounter, we just completed Holy Week. The High Zoldo community certainly welcomed a group of students from Rome under Father Alfredo’s guidance that stirred the inhabitants of the valley’s hearts where sincere hospitality was found. Enthusiastic young people and families with a little carefree spirit have knocked on the doors of homes here accompanied by the Schoenstatt Mother Thrice Admirable, their loyal and faithful co-traveller and companion.

Some of the local people’s reactions at first to the pilgrims found on their doorsteps, on the streets or in churches were distrust, curiosity, and amazement at young people whose only request was to share a moment of prayer. The backdrop of the snowy mountains’ stillness to this great moment of exchange between two very distinct realities, young people with a metropolitan religious activism and a silent spirituality with the surrounding colors of nature.

A unique joyful singing for the Risen Christ

The goal of this undertaking in the Zoldo territory was twofold: to know and be known. The involvement of residents, although initially a little uncertain, was felt strongly at the Easter Vigil concelebrated in Fusine, where the chorus of voices made a united song of joy to the Risen Christ. However the spirit of renewal was the trigger that made these meetings a living witness of fraternal communion. The choice by the students to get involved and that of the trusting residents generated a virtuous circle placing foundations for growth aimed towards an opening towards others.

That smiling Madonna always accompanied us; it was our business card

The bond created with the Blessed Mother was the engine of our mission. The smiling Blessed Mother always accompanied us; it was our calling card. The daily consecration to her was a must; a mutual trust that gave us courage and strengthened the feeling of the group. The Blessed Mother was one of us and among us, indispensable, and the “glue” for a highly heterogeneous group. Her gaze followed each of us, and so, it was her hand that touched us deeply. This week, in addition to being of service to the Zoldo Valley community, it has given us a way to establish a dialogue with you, Mother, the first mediator of the Triune God. In the end euphoric but freezing, we took the road home understanding that a change in us was now in place; our eyes had turned the color of the Veneto sky, our shoulders had acquired Mount Civetta’s strength and our hearts burned for our mission started and not yet completed. 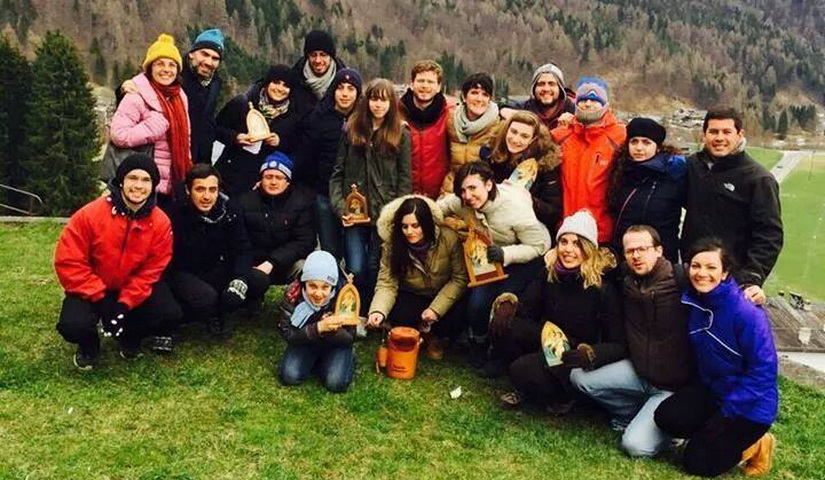