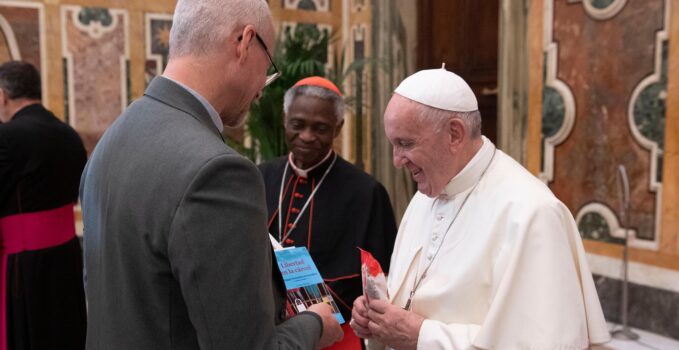 Posted On 2020-06-15 In Mother of Tuparenda House, Prison ministry, works of mercy

The visit to the Vatican continues to circulate

“The visit to the Vatican continues to circulate”, writes Father Pedro Kühlcke. The visit to the Vatican: through Pamela Fabiano from the Dicastery for the Promotion of Integral Development, Father Pedro Kühlcke was invited to the International Congress of Catholic prison chaplains at the Vatican. During the concluding audience with the Pope he was able to present him with the book “Libertad en la cárcel”, Freedom in Prison, in which he describes his experiences with Father Kentenich’s pedagogy of working in prisons. The texts of the book are available on schoenstatt.org in five languages. The visit to the Vatican had another effect – caught by a tip, Ines Schaberger,  a journalist from Vatican News interviewed Father Pedro. The interview under the headline: “In every young person in prison I discover Jesus”, published in German and Spanish, was widely read.—

Circulated to Austria, specifically to the magazine of the papal missionary works, “allewelt”, Austria, for which the journalist Ines Schaberger also writes. Vatican News gave permission to publish parts of the then interview in “allewelt” as well.

And so now the people of Austria learn about these young people from the poorest sections of the Paraguayan population who end up in juvenile prison because hunger and abandonment have turned them into thieves. Whose fathers have often run away, whose mothers work somewhere abroad or themselves are in prison, who at an age when other boys are getting their first Playstation, have had to live and survive alone on the streets. Young people with scars on their body and soul… young people with a great desire for another life, young people for whom a bag of cocoa is a treasure that they wait for week after week and who answer a hug with a smile so bright, honest and pure that it must be immediately and forever engraved on their hearts. Because God has obviously taken them into his heart. In every young person in prison I discover Jesus, says Father Pedro. So do I. And all those who go to prison with Father Pedro week after week say it.

In the interview, of course, we also talked about what comes after the prison ministry and is actually simply part of it: the care for the boys who are released from prison and want to start a new life. Casa Madre de Tuparenda is their goal and is Father Pedro’s answer to their question: What do I do afterwards, am I then all alone again? 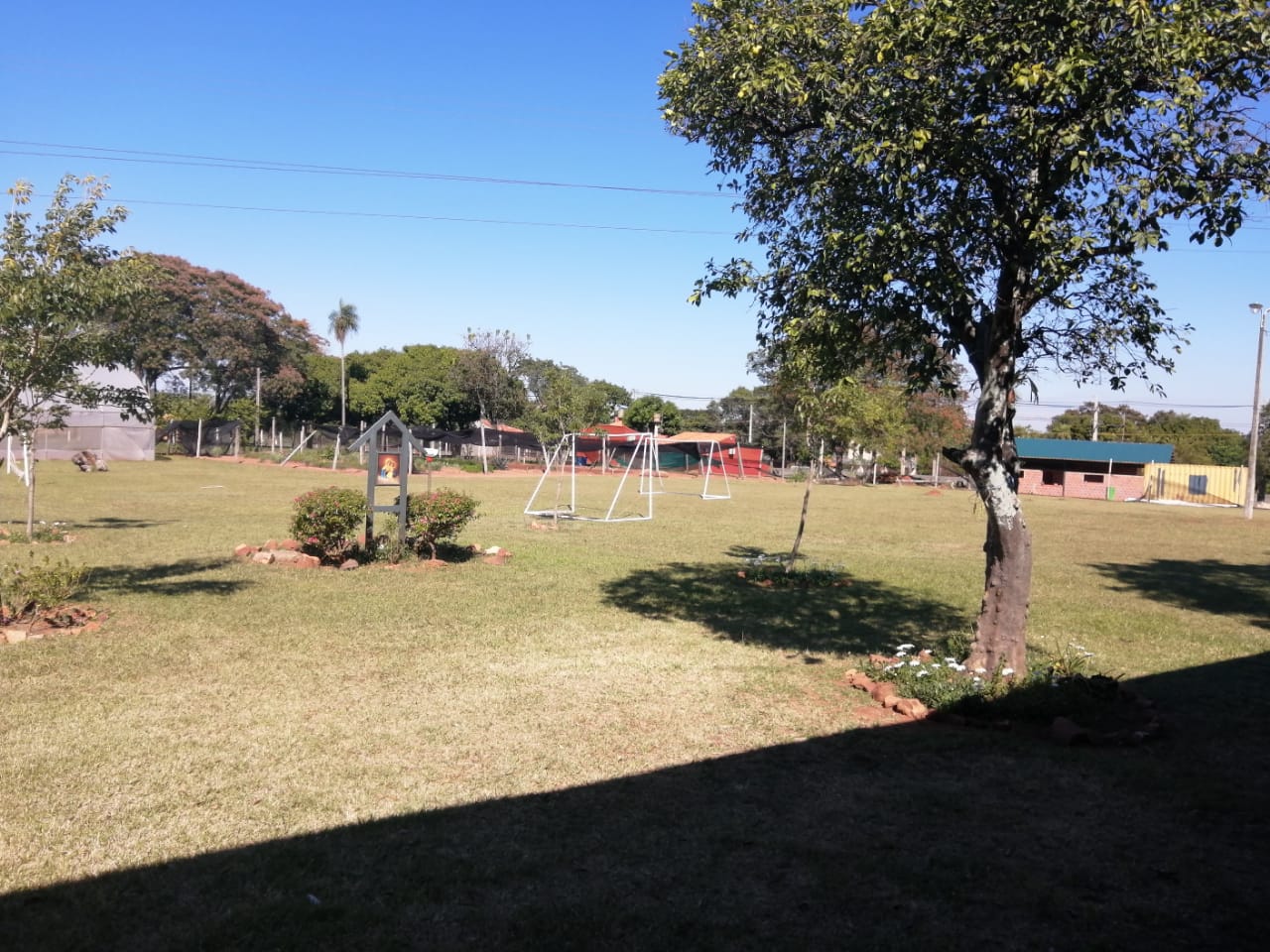 “The corona virus has changed the situation for you – I see from the website that the centre had to close in March. How has the situation developed? Do you have any idea when it will be allowed to open again and how are the young men who were in your training program doing? And how are you dealing with this situation?”

“When the first two cases of Covid-19 were detected in Paraguay in early March, the government immediately implemented strict quarantine measures and we closed our center as a precaution. We keep in daily contact with every young person, supporting them with phone calls, provisions or money. It is astonishing that almost all of them have held out well so far, even if they cannot come to our centre – a sign that they have learned a lot for their lives with us and that “care at a distance” is important. We want to slowly resume the program and make face masks in the sewing area – it is a great challenge for us to continue to finance the program under these circumstances”, was the response of Father Pedro Kühlcke.

In the meantime the first young people have returned to Casa Madre de Tuparenda. And hopefully the boys in prison will soon be allowed to be visited again. And hopefully there will be new people again and again who will support Father Pedro, the team of the prison pastoral and the collaborators in Casa Madre de Tuparenda and especially the youth – with prayer, with contributions to the Capital of Grace and yes, also with donations.

Source: Magazine of the Pontifical Mission Societies, “allewelt”, Austria, https://www.missio.at/alle-welt/ .Vatican News has agreed that the original interview may also be printed in “allewelt” in the section “Fragen in allewelt”. The re-publication in schoenstatt.org is with the kind permission of the author.

“What is the point of taking care of myself if I do not want to and cannot serve others,” asks the nun. “If I were not in prison, my consecrated life would have no meaning”. This is the conclusion of an interview with a Spanish nun who, during the months of restrictions on leaving due to the coronavirus pandemic, prefers to stay in her small office in a women’s prison rather than in her convent. Even though Father Pedro has not moved into the prison, he does not need to say that he would love to be there with “his” boys.