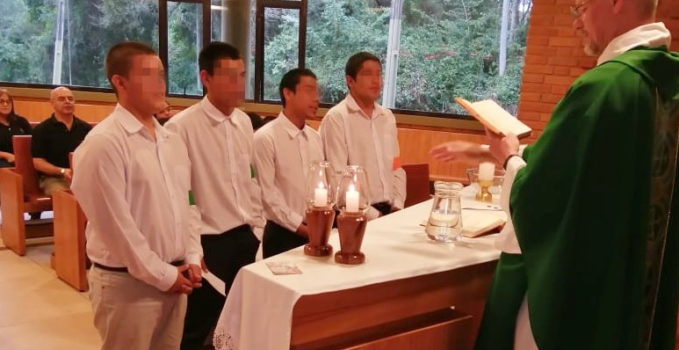 “I baptize you in the name of the Father, the Son and the Holy Spirit,” said Fr. Pedro as he poured the water over the head of one of the participants of the youth social reintegration program at CMT (Casa Madre de Tupãrenda), who received the sacrament of baptism, a sign of the new life and the mercy of the Triune God. — 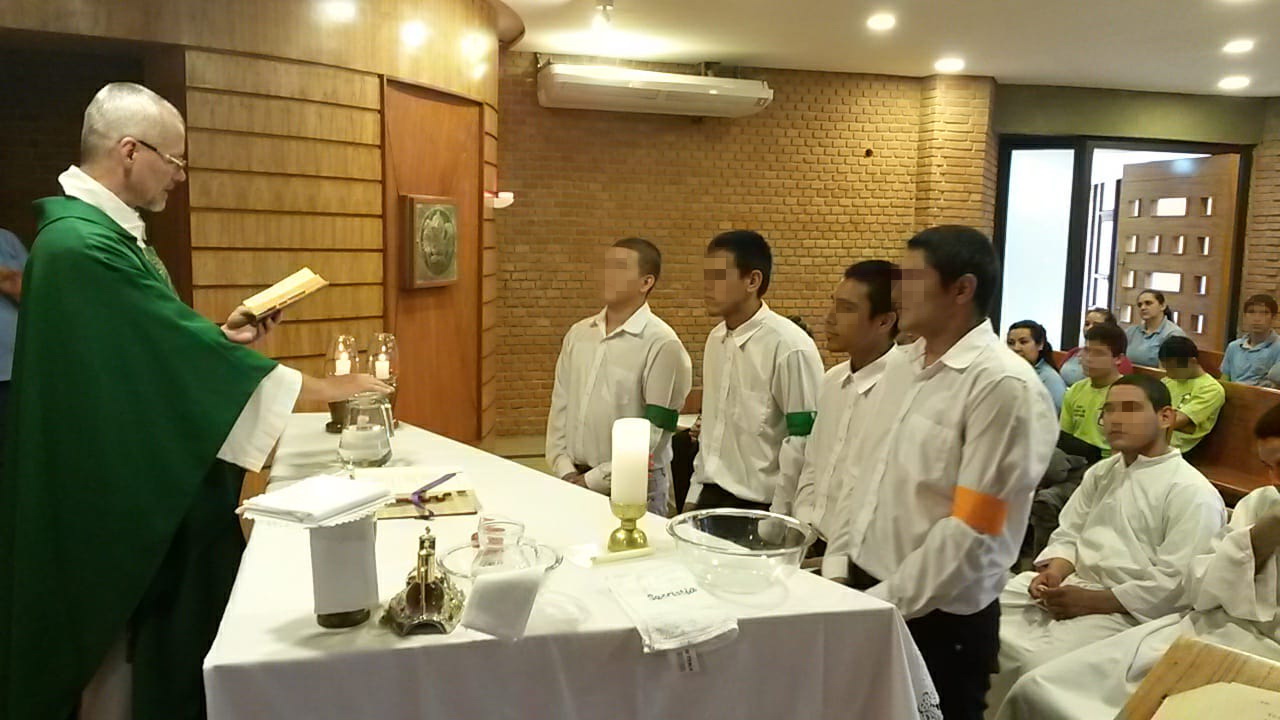 His name is Antonio*. His godmother Magdalena is the sewing instructor. Far away, in Europe, he has other sponsors, who pray for him and donated money, which they really couldn’t spare but felt that Antonio* needed it more, to finish his program at Casa Madre de Tupãrenda. They couldn’t have imagined that the boy they were sponsoring would choose to be baptised, nor the joy that this brings. Antonio’s whole family* belongs to another religion, but he decided to be baptized and insisted that the ceremony should take place for he started his internship on 1 August. His family were not going to come, but in the end his mother and his sister and her son came.

Claudio*, who received the Sacrament of Confirmation, is the godson of a Paraguayan, who was among the first to give a generous YES to the call for help, when the State cut its funding to Casa Madre de Tupãrendain May.

Two Emilios* received their First Holy Communion. One of them was sponspred by a young Swiss couple who have been able to dedicate their parish’s collection on 15 August for this intention. The other Emilio who received his First Holy Communion was sponsored by a German man who donated the proceeds of a piano concert to charity.

“It’s not just with great gratitude that we receive the donations”, commented Ani Souberlich. “We admire their creativity and it delights us that this also helps to make CMT more well-known”. 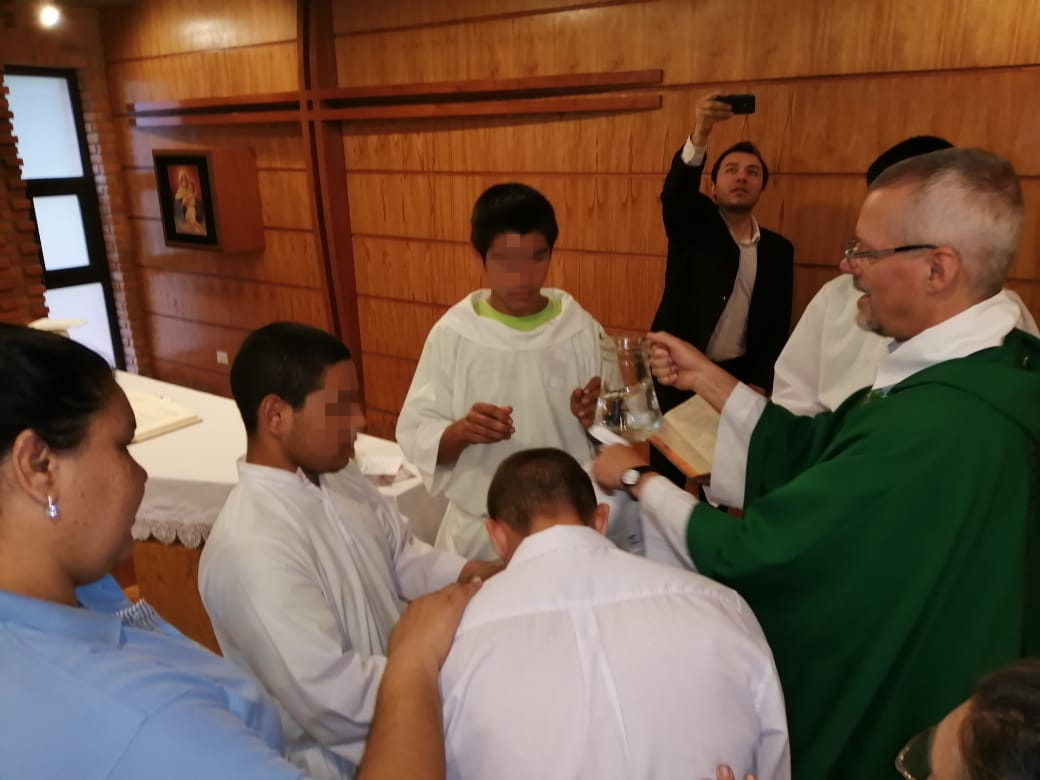 Every Tuesday afternoon, volunteers from the Schoenstatt Movement carry out a beautiful apostolate at the CMT: they teach catechesis to program participants who want or need some of the sacraments, ending with Mass in the Tupãrenda Shrine.

Therefore, Tuesday July 23 was not a normal day, it marked the end of the formation period for a group of four, which included one baptism, two first Holy Communions and one Confirmation. This beautiful celebration took place in the chapel of the Santa Maria de la Trinidad Church, together with family members, friends and the CMT staff. 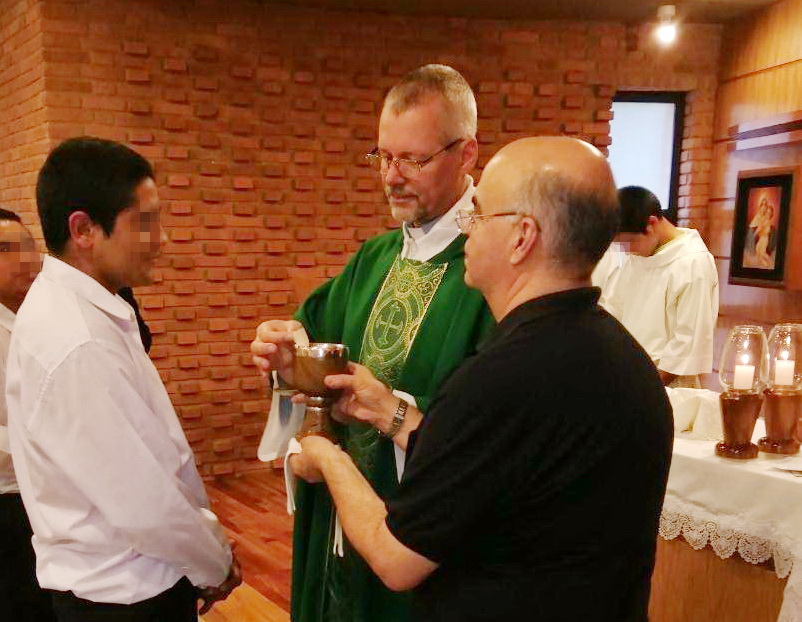 The central message of the celebration can be summarized as doing the will of the Father, like Mary and Jesus’ brothers.“It is not a misunderstanding on the part of Jesus towards his Mother and his relatives, but he cites them as an example of those who do the will of God”, Fr. Pedro said in his homily.

After the ceremony, all those present went to Casa Madre de Tupãrenda to share a delicious snack, in celebration of the beautiful decision by the participants to nourish themselves in faith and spiritual growth within the program.

Spirituality, a pillar of the program

Spirituality within the program plays a key role, becuase it adds to everything CMT offers the participants, in addition to the development of social skills and trades that prepare them for the world of work. 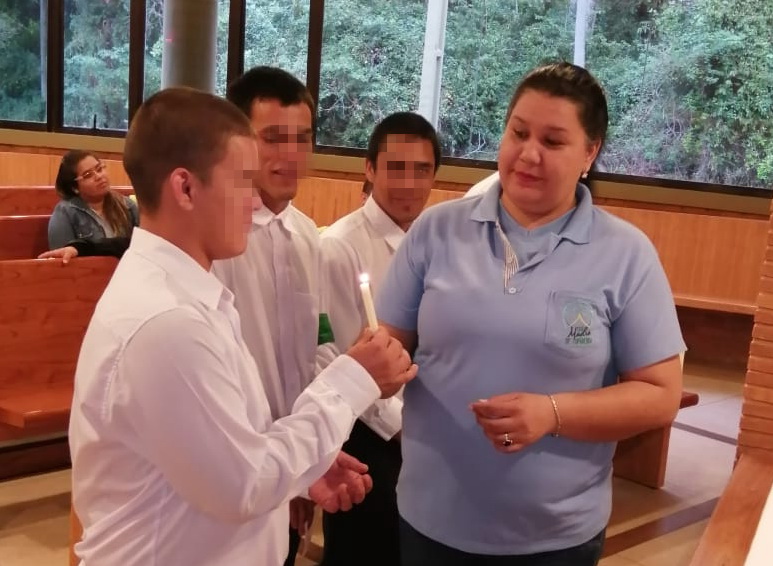