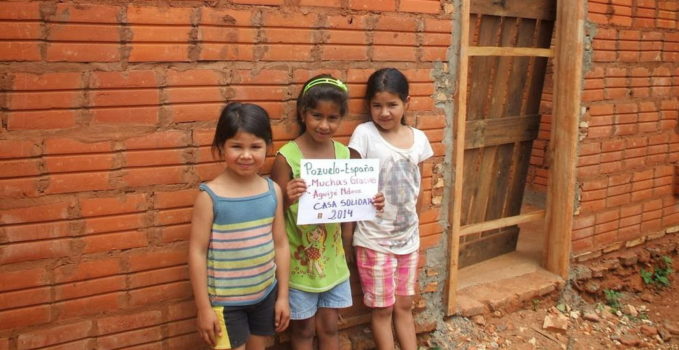 A small town of solidarity: 216 houses speak of Covenant Solidarity

“From the Shrine to the poor.” With this motto, João Pozzobon, the initiator of the Schoenstatt Rosary Campaign, built “Villa noble de la Caridad,” uniting Santa Maria Shrine with this town through the Stations of the Cross. —

“From the Shrine, he especially wanted to help families; in his visits to homes, he was concerned about family situations, and later he tried to attend to their needs. In the same way, he portrayed a very preferential dedication to the poor and needy, to children, to those most neglected in rural areas, and to the sick. The examples are endless. Symbolically Villa Noble de la Caridad of the Mother and Queen, which he began in 1952 and took care of until the end, suffices.  In 1980, he erected a wayside shrine there with the slogan “Live and teach how to live; Wayside Shrine for the small town.” It was his expressed desire, reiterated just before his death, that the Stations of the Cross he donated unite the Shrine with Villa Noble— from the Shrine to the poor. Through the Campaign, Mary wanted to prolong her Visitation as a mother, who serves, personalizes, creates families, and is concerned for the neediest. This social dimension should be taken into account in the Campaign to be faithful to Don João, to a global mission of evangelization, and to echo the words of the Magnificat.” 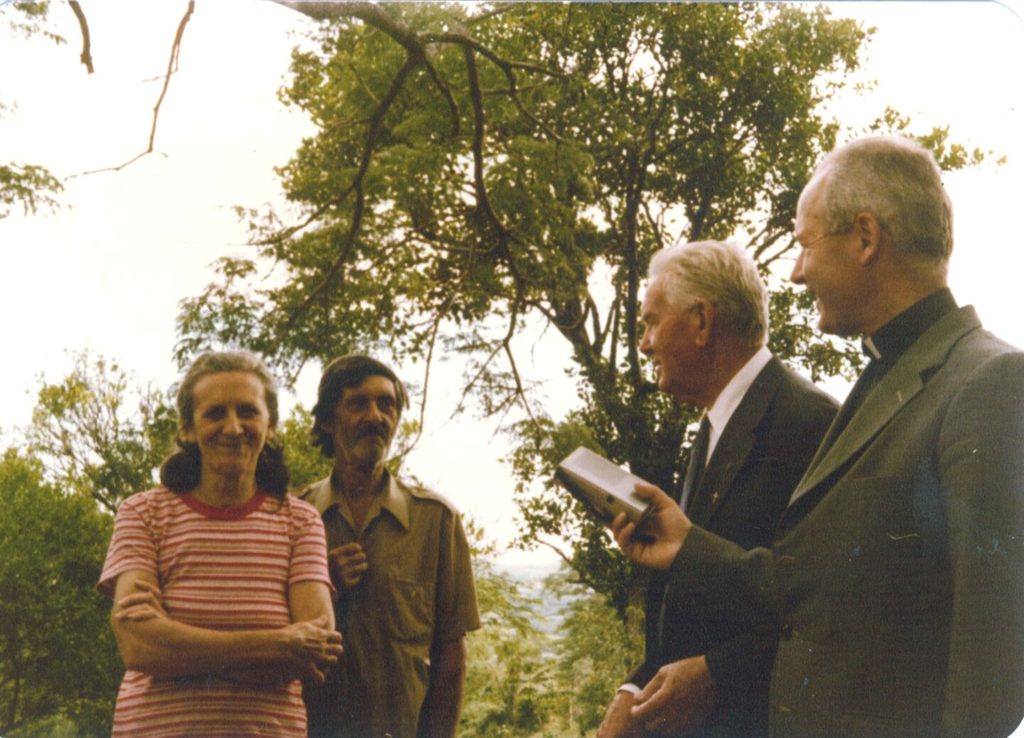 The small town of solidarity built from five continents

Why did we resort to Villa Noble de la Caridad, the “small Town’s” model, the simple expression of joining the campaign to an option for the poor, when we wanted to write an article about that small town of solidarity that was built on the peripheries of Asunción, Paraguay?

The “100 houses of solidarity” project developed between 2013-2017 made it possible to provide to 216 families of limited means, living in miserable conditions on the peripheries of the Paraguayan capital, a house. Although the houses are not together on the same property, they are spread where the families chosen live, and where land could be acquired. This is another small town of solidarity, and it was a schoenstatt.org’s contribution to the 100 years of the Covenant of Love Jubilee. 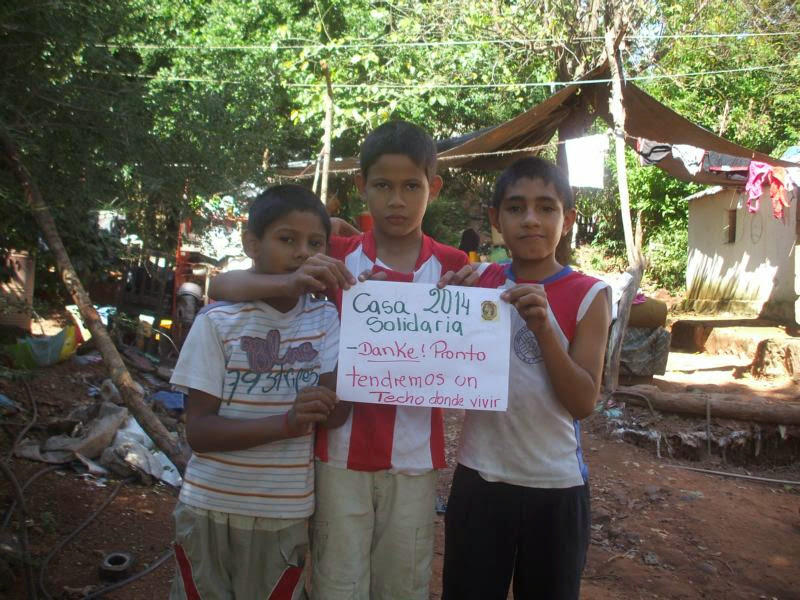 Thanking for their future home

Every house was a story, a face, a visit

Since May 2013, “100 Houses of Solidarity” became a plethora of personal stories of solidarity. With every donated and then built house, names emerged that then became grateful faces and later visits and personal encounters. With every story behind a house, other stories, new requests, and more donations emerged. In this way, a binding chain was generated from five continents with 216 donated houses, in covenant solidarity with the poorest families on the periphery of Asunción and as expression of covenant solidarity with Pope Francis.

Upon ending the project at the end of 2017, a great “Thank you” remains to each one of the 216 families who allowed us to give them a house.  We feel the joy that can only emerge from a work of mercy that was done completely in tune with our Lord Jesus.

It took us a great deal of time and effort to carry out the 100 Houses project.  In the end, the protagonists were Ani Souberlich (now Director of Mother of Tupãrenda House) and a small network of collaborators in Paraguay, and approximately ten members of the schoenstatt.org “Dreamteam” who personally made the project their own and conquered almost 80% of the houses within their personal networks. The other houses came through articles published on schoenstatt.org that motivated people from places far removed from Paraguay to collaborate with a donation of one or more houses of solidarity. It was a work with life currents, and it was an incredible experience. 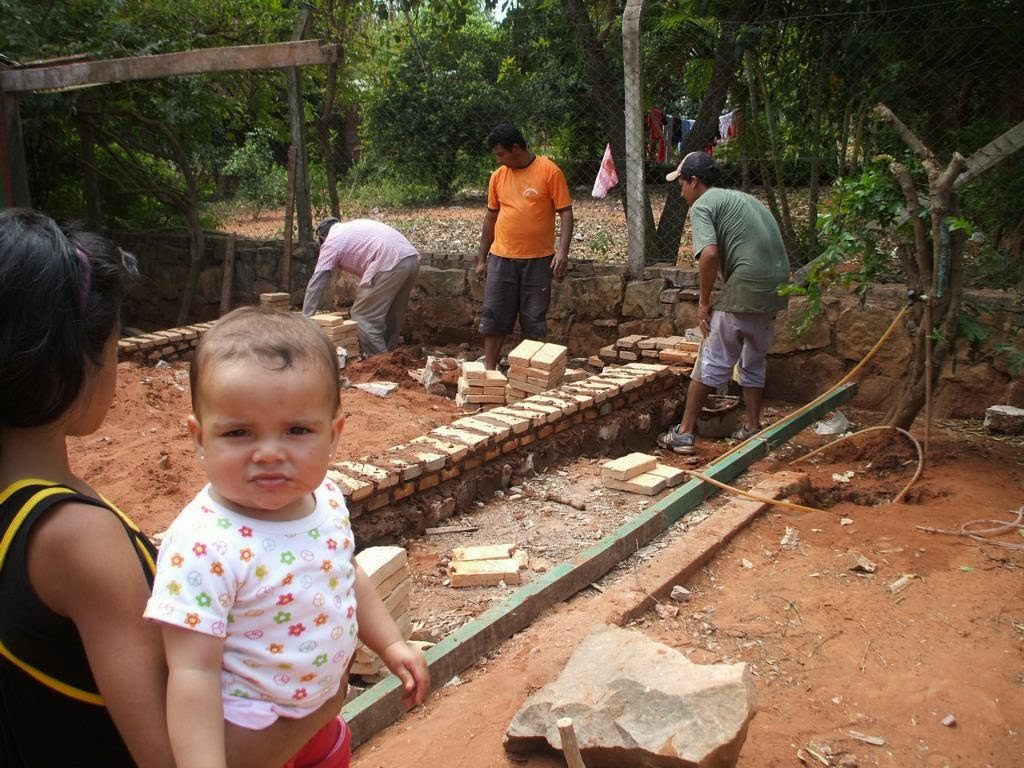 “If we do not monitor, we become welfare, and we do not educate…”

Returning to the subject of Joao’s Villa Noble “that he began in 1952 and cared for until the end,” and because we could not continue caring for the families who were to receive houses, we made the decision to end the 100 houses project at the end of 2017. We left it with great sadness, yet with great gratitude for the experience, and for what was accomplished during those four years of excitedly seeing each one that was adding up to 100, and then surpassing that by ending with 216 houses, thanks to the enormous generosity of so many.

“It breaks my heart to leave the houses…however in light of Divine Providence, I firmly believe that now they are asking me to give my soul, life and heart to Mother of Tupãrenda House, Ani Souberlich commented last December. “From my point of view, the only thing that I can say is it is not only giving a roof, there should be some careful human monitoring, if not, we become welfare, and we do not educate.”

What remains is gratitude and all those families who now live in a house, and knowing that the Covenant Solidarity that the schoenstatt.org “Dreamteam” sealed five years ago, on the 31 May 2013, found a concrete expression forever: 216 houses of solidarity for 216 families. 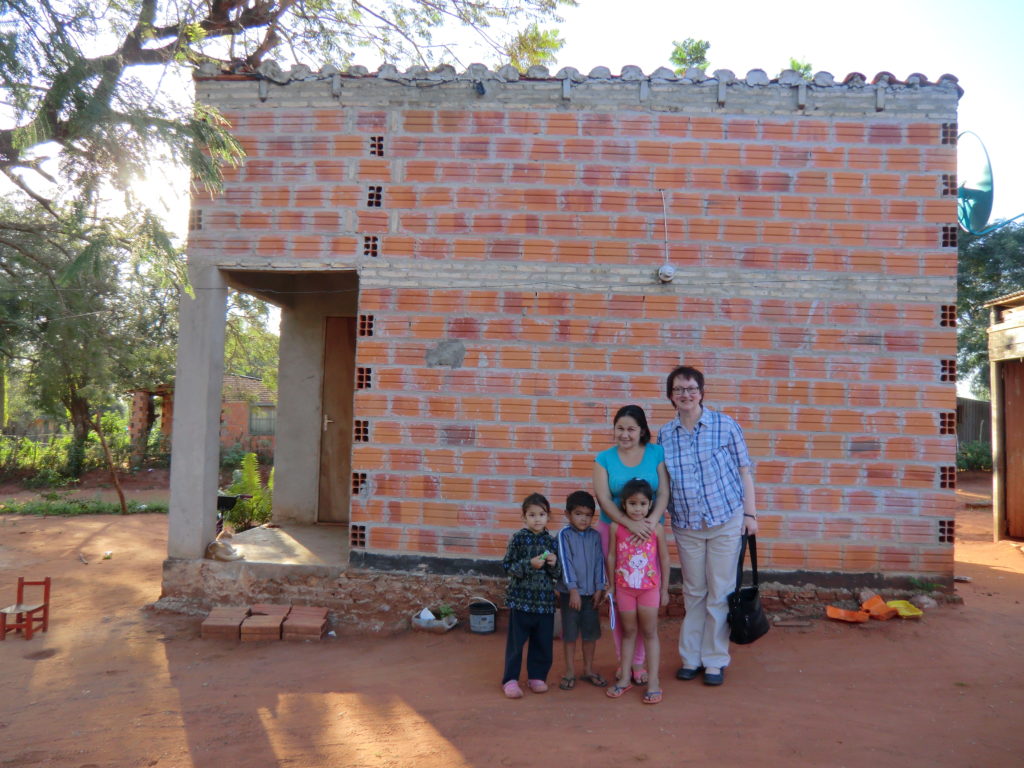