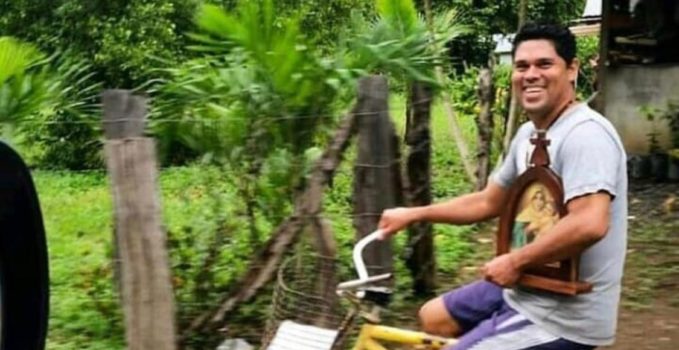 A few weeks ago the photo of a missionary with the Pilgrim MTA on a bicycle went viral. We put it up on schoenstatt.org’s Instagram account with this comment: beautiful photo, but we don’t know where or what real story of life is behind it. A few minutes later, we received a WhatsApp from Catalina Hutt de Cabezas, from Costa Rica: “This photo is of a great collaborator of the Movement in Guanacaste here in Costa Rica!—

Here’s what Cata found out while looking for the story:

Erick Méndez resides in Playas del Coco, Guanacaste, Costa Rica on our country’s North Pacific coast. He is chaplain of St. Martin’s Chapel, and several years ago, the Blessed Mother conquered his heart!

She found a home in this community.  As Erick says: “Our Mother works it out to take her Son, Jesus, out; she opens the way. 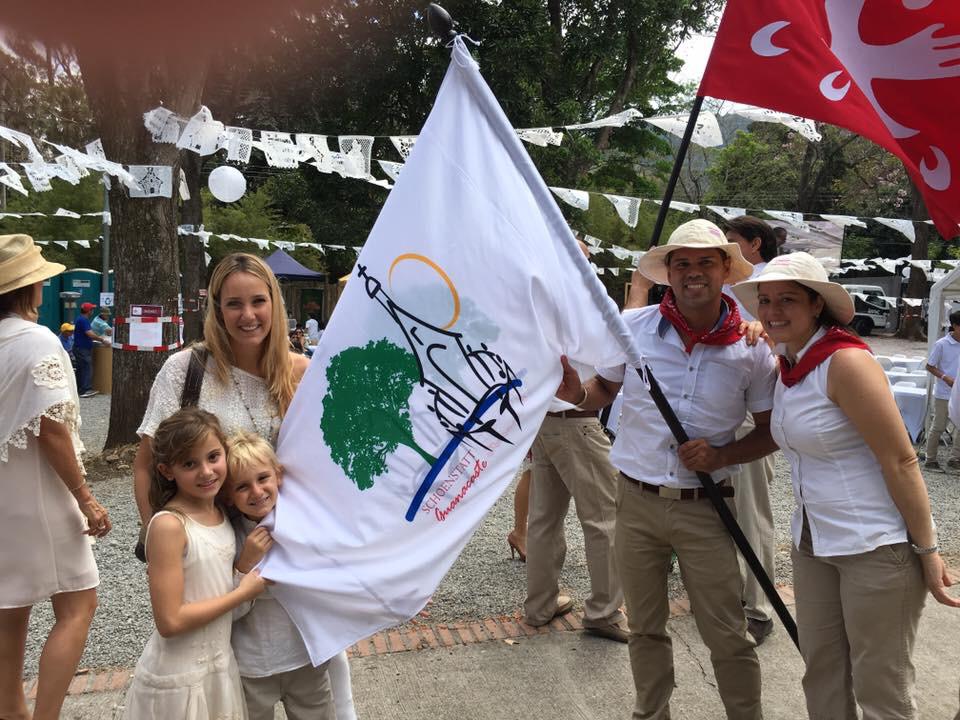 He met the Blessed Mother at Holy Week 2015’s family missions, She captivated him; a few months later, he joined the Schoenstatt Rosary Campaign as a missionary, and from that day on, no matter what, takes the Blessed Mother from house to house.

Months later the Blessed Mother invited him to seal the Covenant of Love with him, and some time later, she wanted to be even more present, so she had herself enthroned in St. Martin’s Chapel!

Erick represented the Guanacaste Schoenstatters at the blessing of the Family of Hope Shrine in March 2017.

A filial love story that is still being written! 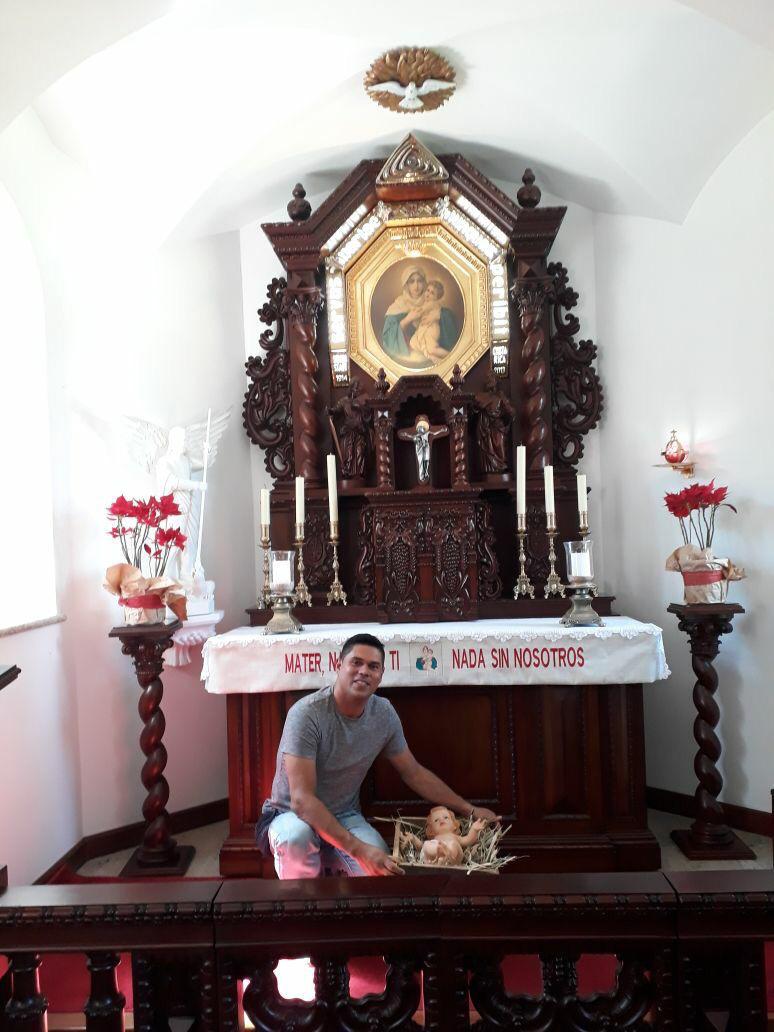 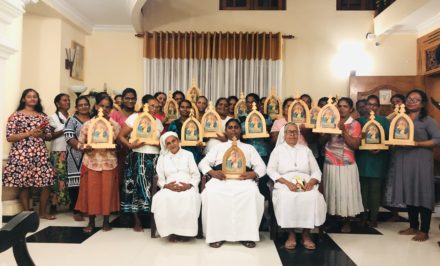 The Pilgrim MTA is off and running— working miracles in Sri Lanka!