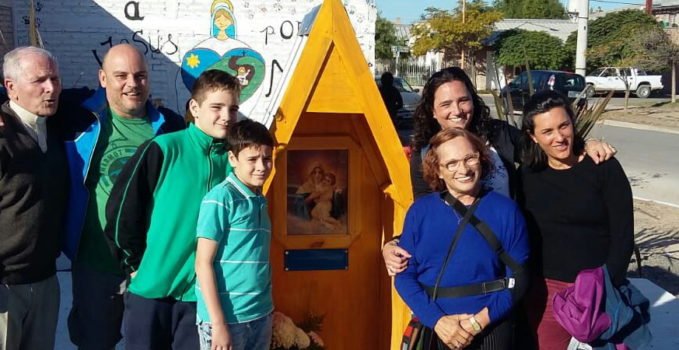 A new wayside shrine of our Schoenstatt Mother and Queen was inaugurated in Allen, Río Negro. How did it become a reality? •

Eugenia San Martín established herself in Allen with her family, and she participates in the Santa Catalina parish community. She received a picture of Our Lady of Schoenstatt in one of the many activities that the community organizes. She and her husband, Fernando Cammarota, participate in family catechesis, and she had the desire to leave a picture of Mary with this name in the city.  In the community, Soledad Ibarra knew about the Schoenstatt Movement because she is from the nearby area of General Roca, where she had been with Schoenstatt Rosary Campaign missionaries. 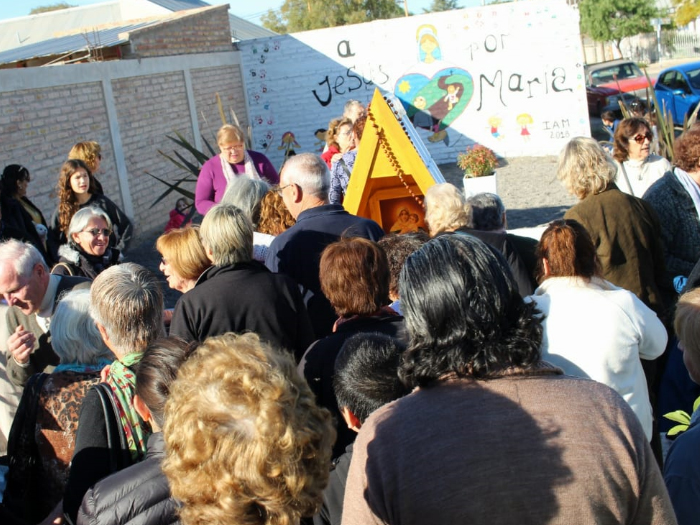 Eugenia will leave the city— but the Blessed Mother will stay

Eugenia decided to make this desire a reality by taking charge of erecting a wayside shrine, knowing the Santa Catalina community would accompany and care for it, when she had to leave the city, probably in a year or two. She had the support and enthusiasm of Fr. Héctor García Gambino, who kept the wayside shrine in his parish until the city’s mayor, Dr. Sabina Costa, assigned a specific site.  The city of Allen prepared the ground improving the space by placing two benches facilitating it as a place for prayer. Days before the inauguration, the children of the Childhood Missions prepared a mural for the back wall.

On May 13th, at 3:00 pm on the feast of Our Lady of Fatima, the moment when all of America was united in prayer for world peace, a Rosary was prayed at the soon-to-be inaugurated wayside shrine.

The entire community participated and God gave us a beautiful day of celebration and joy for having the Blessed Mother’s presence in this region. This inauguration fills us with hope and surely it will be very fruitful. 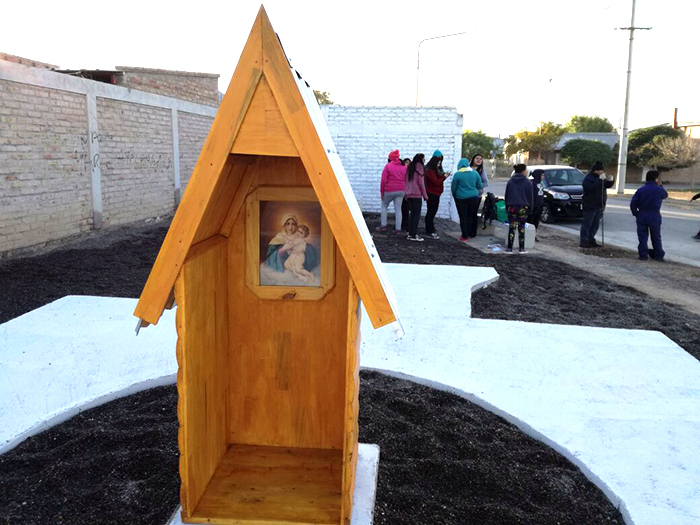