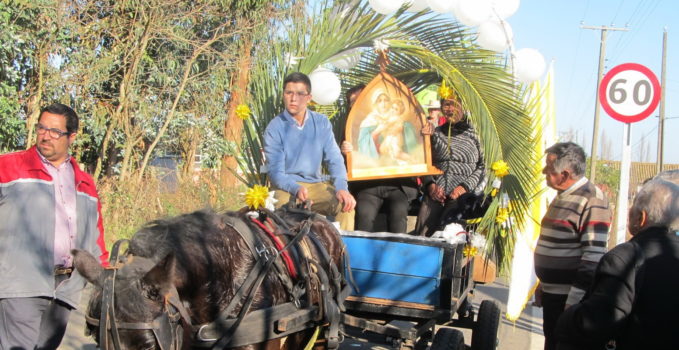 The Blessed Mother showed herself as Queen of the fields

On, Saturday, 1 July, according to the calendar, the picture of the Parish Pilgrim Mother was supposed to be transferred from one rural chapel to another one that belongs to the “Child Jesus” Parish of Villa Alegre, in Chile’s seventh region.

What seemed to be simple transfer from one community to another, as it has been done so many times, became a beautiful gathering of faith, which at the same time was folkloric and religious.

At the scheduled time, some cowboys arrived mounted on their beautiful horses with pretty, colorful blankets to escort the Blessed Mother, who was on a little cart pulled by a pony. It seemed like simple a kind of “Quasimodo” (a Chilean expression for a tradition of taking communion to the sick, in a procession on horseback) in a procession through the fields that lasted approximately an hour. There were also many vehicles. 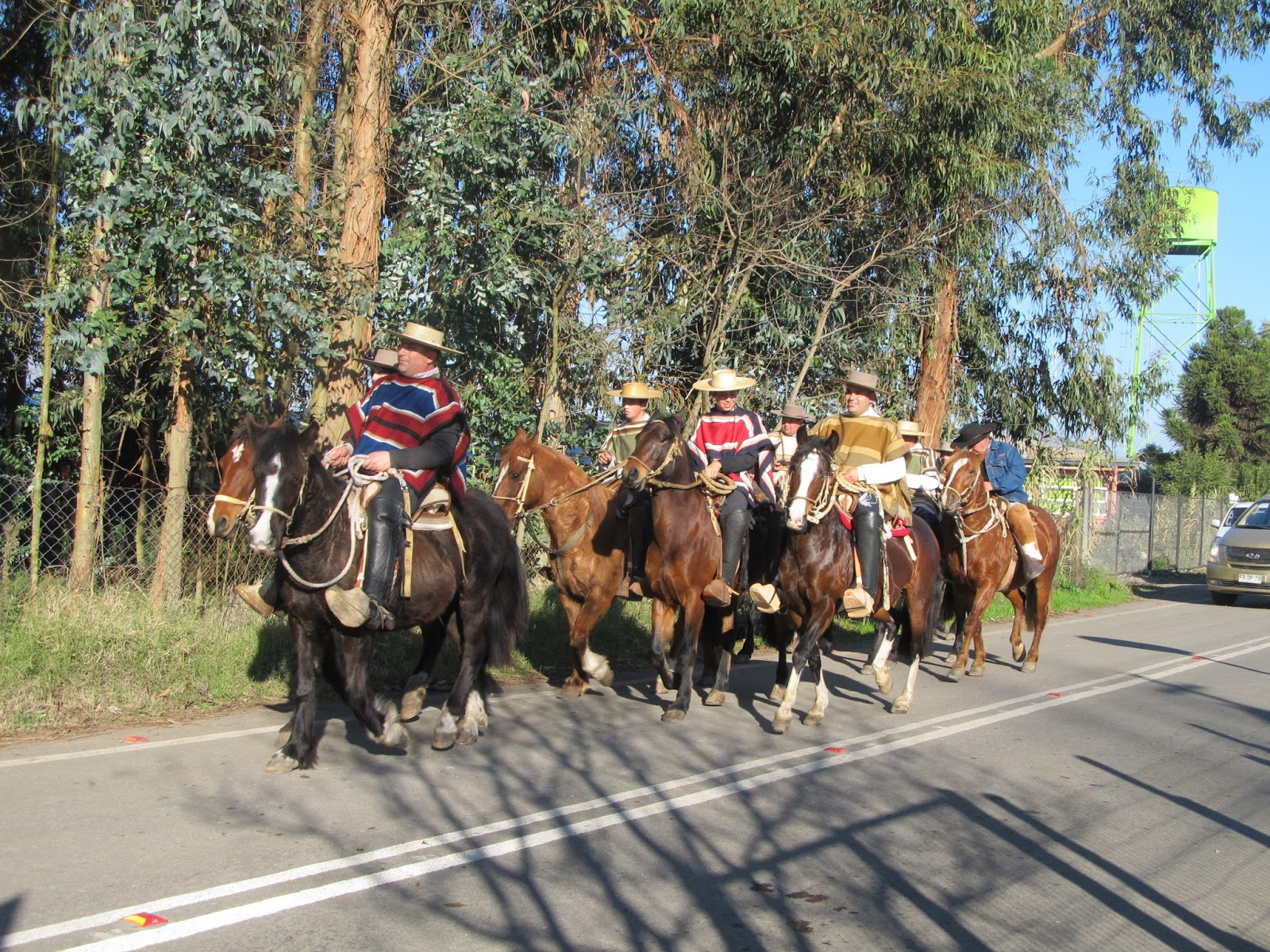 It seemed like a massive and silent vespers prayer

The Blessed Mother showed herself as Queen of the Fields, despite it being winter. She provided a beautiful sun, and as the afternoon fell, the spectacle of the caravan advancing beneath its rays began to get lost in the horizon seemed like a massive and silent afternoon prayer. This was the pilgrimage’s atmosphere.

Upon arriving at our destination, the pastor waited for us at the entrance of the church along with the faithful of this area, to welcome the illustrious visitor; they had prepared a welcome arch at the foot of the altar. 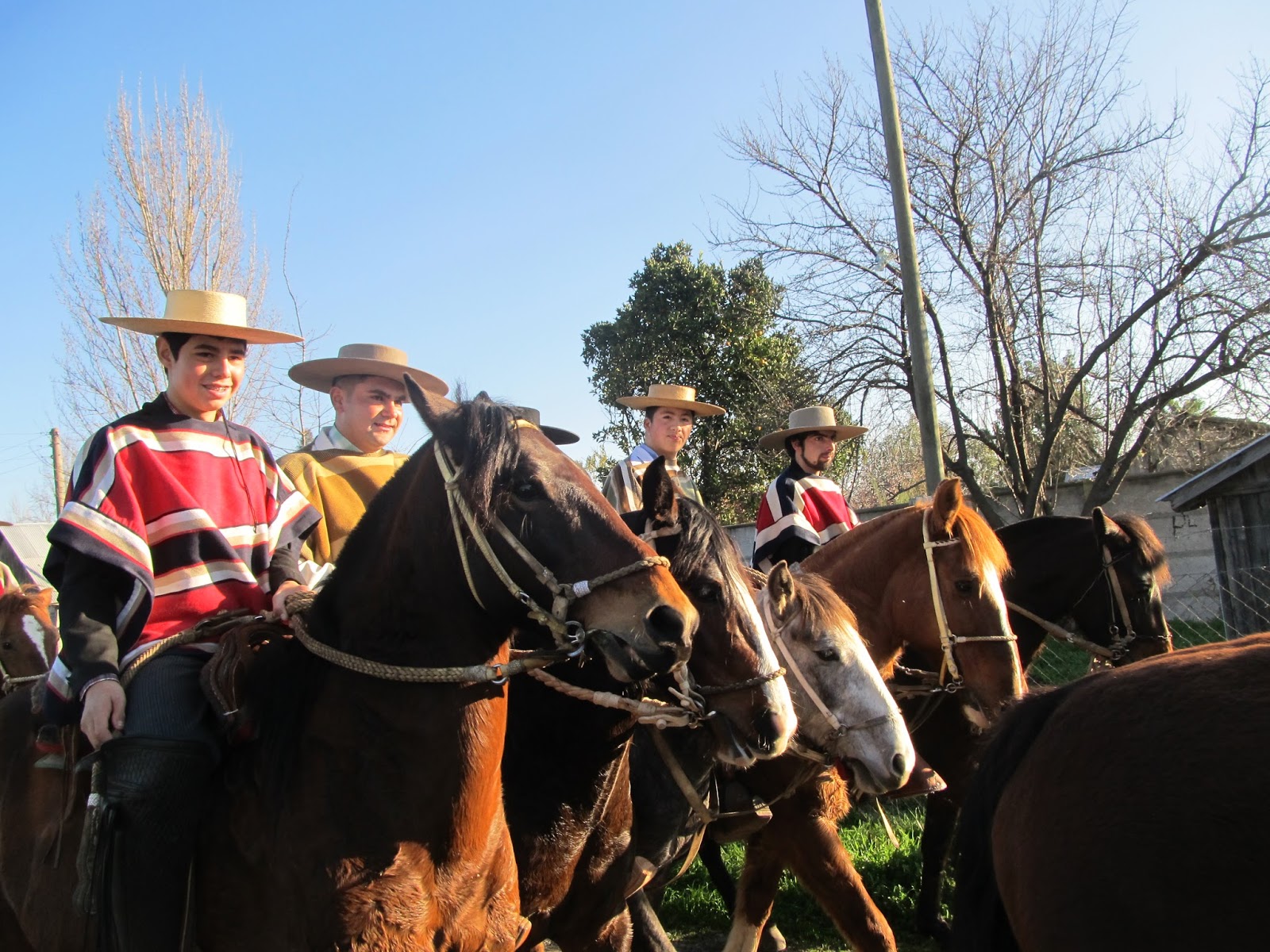 A surprise for the Blessed Mother

After the Eucharist, the host chapel’s community had prepared communal sharing to celebrate the Blessed Mother’s stay with them for several weeks, carrying out miracles of grace in her children’s hearts.

The cowboys were so enthusiastic about their first experience that they decided to prepare themselves better for the coming year. They want to increase the number of riders, and to have a public address system to encourage the procession on the road. This time they had come at the spontaneous invitation of the community moderator who wanted to “surprise” the Blessed Mother. 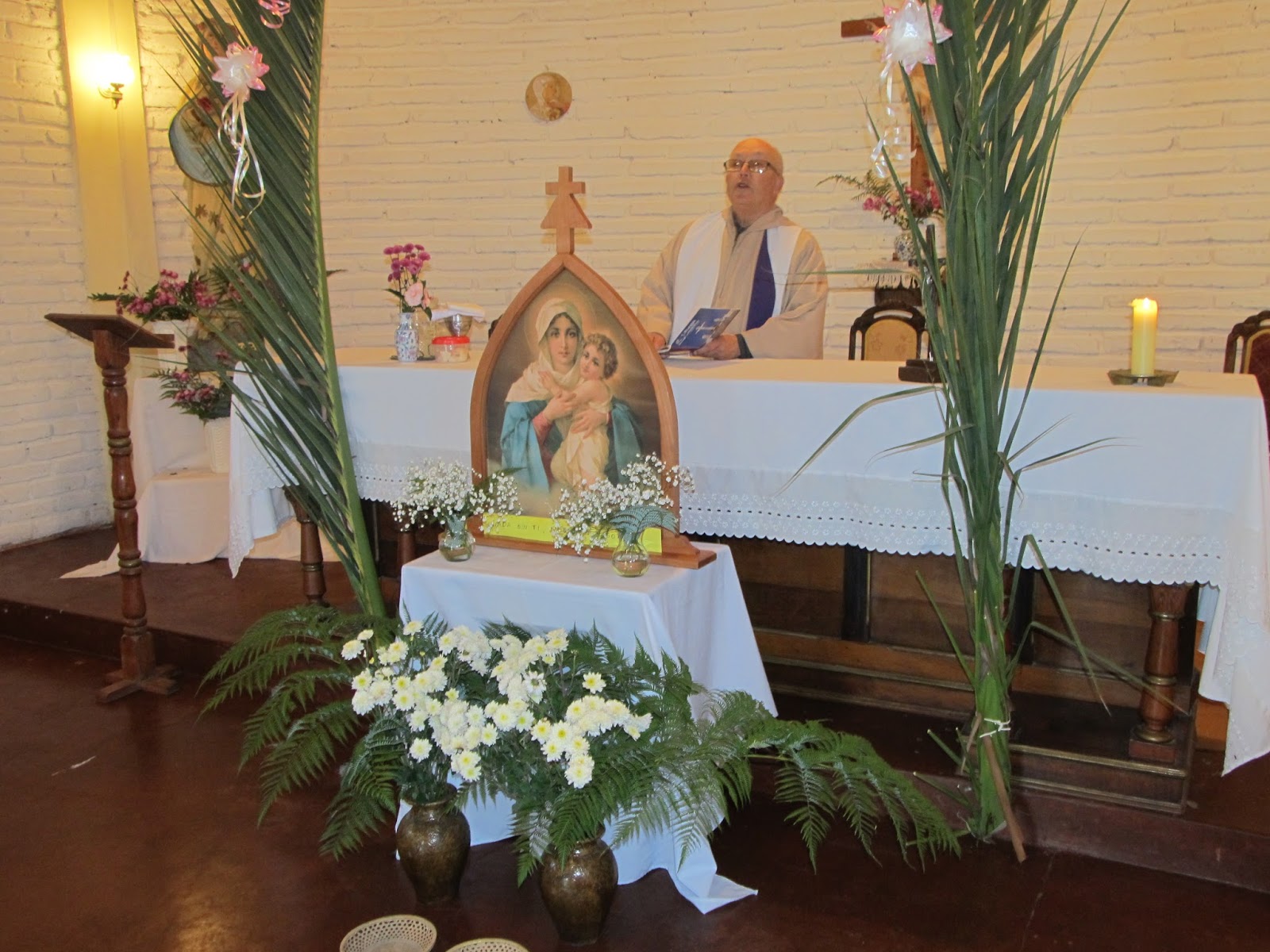