“The Rosary Campaign is not an apostolate; it is a great gift from God.”

“Everything that this great Campaign generates is a joy for the soul! It touches so many people and above all, how our beloved MTA showers the graces of the Shrine. João Pozzobon is really a saint! From something so small, we can see, feel, and experience so many miracles. I always say something that we experienced with Raúl: the Rosary Campaign is not an apostolate; it is a great gift from God! This was one of the many comments within the context of the wayside shrine current of forming the picture of the original Pilgrim Mother for the João Pozzobon Hall in Belmonte utilizing hundreds of wayside shrine photos.

As a tribute to João Pozzobon, who sowed so many wayside shrines on his way through his Campaign, a large convocation has been launched: approximately a year ago, Ana Echevarría and Mercedes Bonorino, from the Vice-postulation of João Pozzobon’s Cause for Beatification, along with a group of Argentinean missionaries from the Rosary Campaign, assumed the responsibility of filling Pozzobon Hall in Belmonte’s Father Kentenich House with the Campaign’s spirit and commitment. A picture, which was made especially for this initiative, depicting João Pozzobon going out from Belmonte Shrine with the Pilgrim Mother to the ends of the world, is already in many Schoenstatt Shrines and Home Shrines. Mercedes Bonorino and Ana Echevarría printed it in a medium size, with part of the Document of Consensus of Santa Maria on the back, moreover in the meantime, there are smaller photos that were already given to Fr. Marcelo Cervi, Rector of Belmonte and to Fr.Christian Löhr, General Superior of the Schoenstatt Institute of Priests, the community in charge of Belmonte.

A greeting from Belmonte that awakened great joy 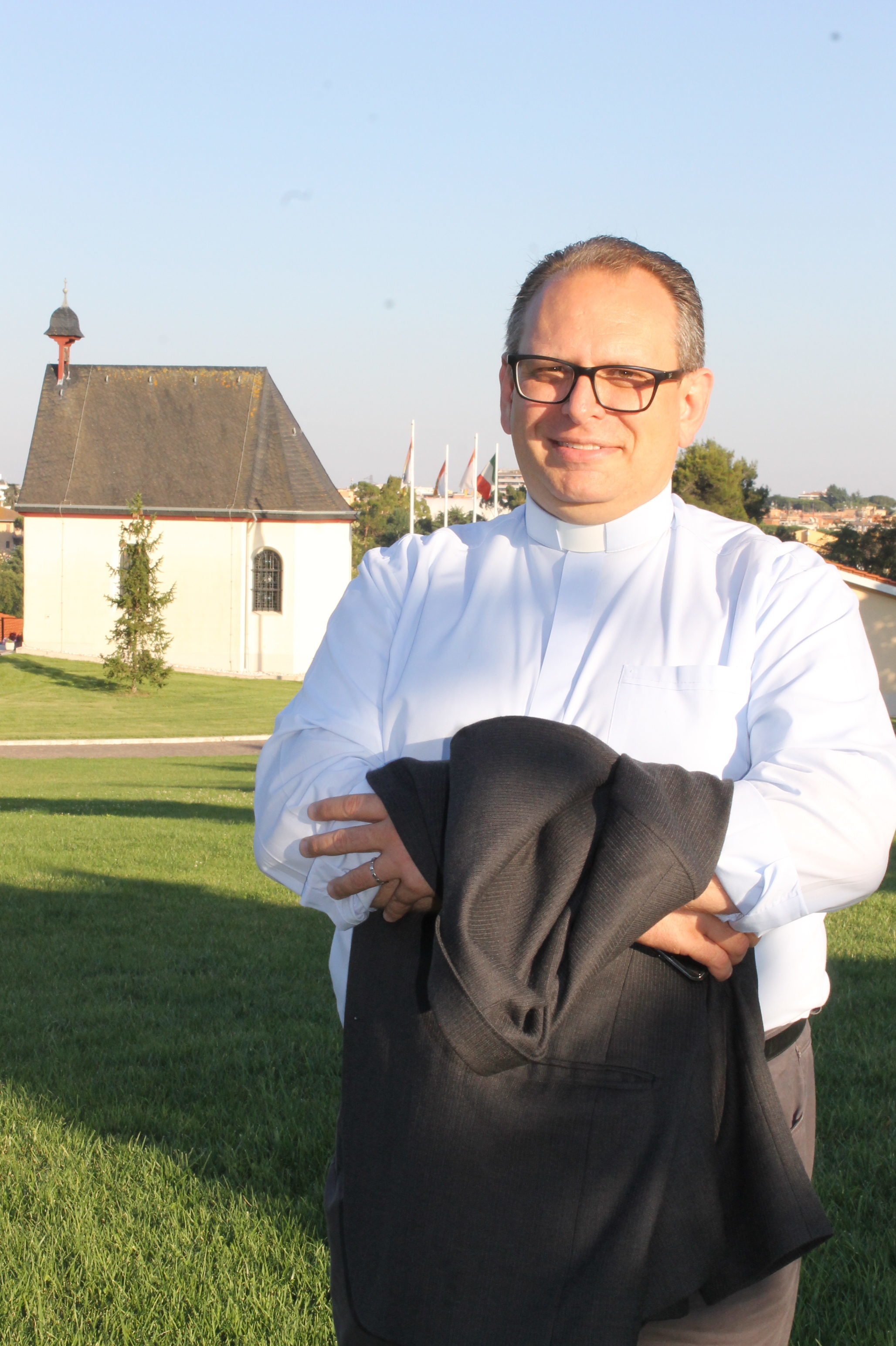 On the anniversary of João Pozzobon’s death, at Ana and Mercedes’ request, Fr. Marcelo sent a warm greeting to everyone who has already sent a photo of their wayside shrine and to all of Ana and Mercedes’ contacts. Someday these photos will form a digital mosaic of the Original Pilgrim Mother for João Pozzobon Hall at Belmonte, showing the Campaign’s commitment to the Belmonte mission at the service of the church. Mercedes and Ana joyfully sent this message to hundreds of missionaries from several countries around the world, inviting everyone to “continue sending photos of wayside shrines from our countries, so that together, we can form the picture of João’s Large Original Pilgrim Mother.”

I want to thank you for the gift you have given us of sending your wayside shrine photos. When João Pozzobon went to the Original Shrine, and he took the Pilgrim Blessed Mother, he told the people who were in the Shrine: “I come to enrich the Original Shrine.” Now it is you who are enriching Belmonte, by sending photographs of your wayside shrines. I want to thank you very much and ask you to continue to send more pictures.

As of now we have received approximately 150 photographs of wayside shrines. The countries that have sent photos are: Argentina, Austria, Bolivia, Brazil, Chile, Germany, Paraguay, Portugal, the United States and Uruguay.
Let us place ourselves in the large current of prayers and intentions. Because from here, from Belmonte, Schoenstatt should become better known within the Church by the Holy Father and by all the Church’s leadership.

Thank you very much for your contribution. I continue to wait for new photographs of the wayside shrines from all over the world, in the spirit of Belmonte.

May the Good God bless you through the intercession of Our Mother and Queen of Belmonte, in the name of the Father, the Son and the Holy Spirit. Amen. 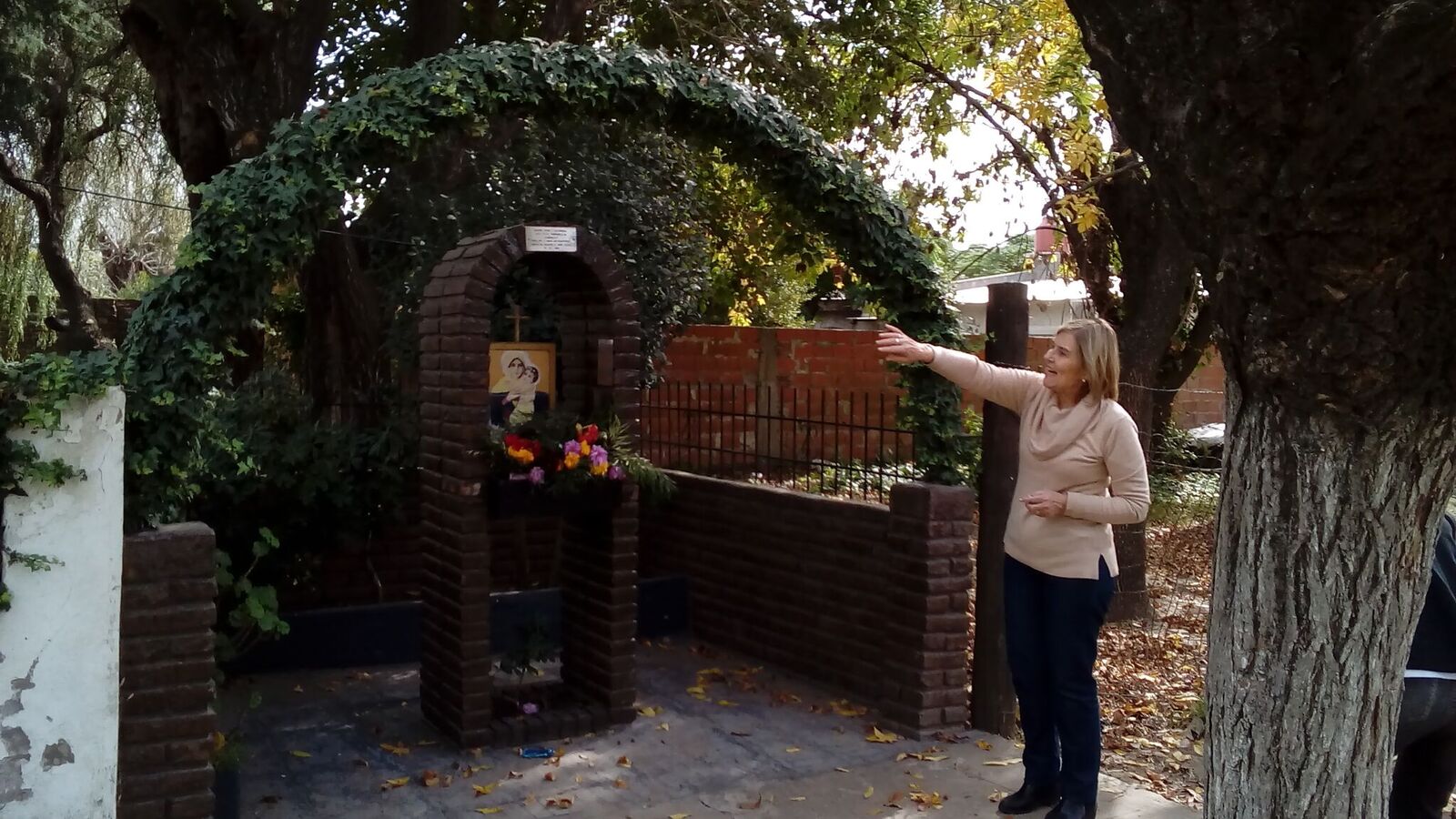 One more beautiful than the other

A unique response – the first wayside shrine from Mexico

The first photos from Mexican wayside shrines arrived in response. One of them, the Beacon of Covenant Wayside Shrine from the Aguada Island, Carmen, Campeche, which is still under construction, was sent so it would not be left out of the mosaic of wayside shrines.

“Fr. Cervi’s greeting has caused great excitement and joy among the missionaries, and it continues to bear fruit,” commented Mercedes Bonorino. In addition to the email with the first wayside shrine from Mexico, a very interesting photo was sent and later more information was provided. The picture, which was taken at the moment of the blessing of the wayside shrine, shows a cloud in the shape of the Holy Spirit. The photo of the wayside shrine is not of good quality – perhaps it will have to occupy the place of a shadow or as a ray of light within the picture of the Blessed Mother. In any case, Mexico will be represented in the picture.” 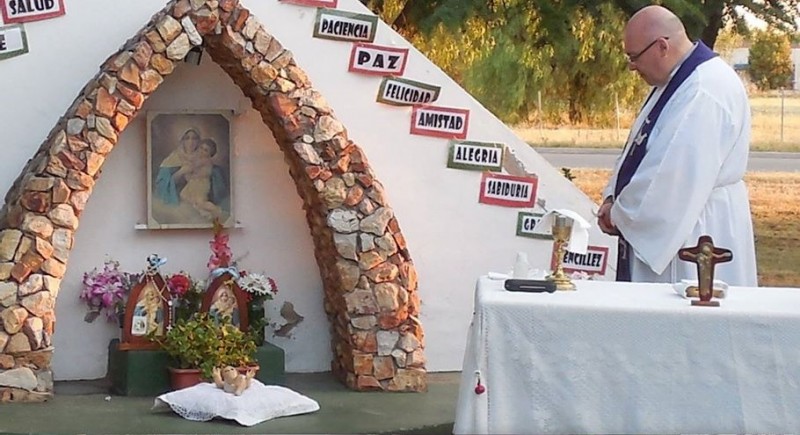 One more beautiful than the other…

“I am going to re-send it to the diocese…”

“I am going to re-send (the information) to the diocese where there are several wayside shrines, because we still do not have one in our city,” a missionary wrote, as many others also did. “From Paraguay, we took care of sending photos that were missing, so we could be a part of this large current, and that together we will form the picture of beloved João ’s large original Pilgrim Mother,” replied Ana, Graciela and Plinio, missionaries from Paraguay.

The experience and the commitment promote being creative: “We must take Belmonte to those who do not have access to technology, we should print the Bulletin, talk to them about Belmonte. They will be enthused to know that João has his hall, and they will be excited to think that their wayside shrine will be there representing them,” said Silvia Sibay, from Tucumán. 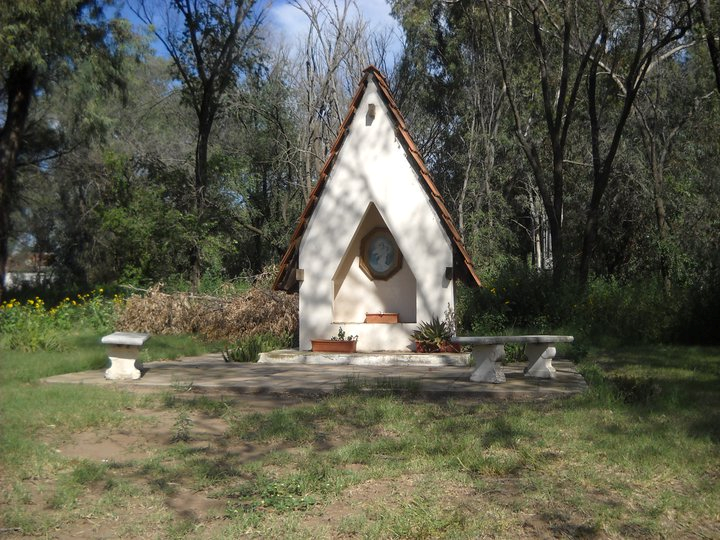 One more beautiful than the other…

A current of life…

It already goes beyond decorating João Pozzobon Hall. The photos initiative of the wayside shrine for Belmonte Rome is already a current of life within the Schoenstatt Rosary Campaign, uniting its most important characteristics: internationality, service to the Church, love for João Pozzobon, the wayside shrines that continue to be built, his example. Furthermore in many places, they are living centers for the Campaign; they are places of encounter, graces, prayer, renewal of the Covenant of Love, of the 18th of every month celebrations, and of a Schoenstatt reaching out, a Schoenstatt of open doors, a Schoenstatt in public places in cities and on the crossroads of routes.

Life enkindles life. We cannot imagine what João will bring about from this little corner of Rome and what it will generate…”
Ana Echevarría, for the launch. 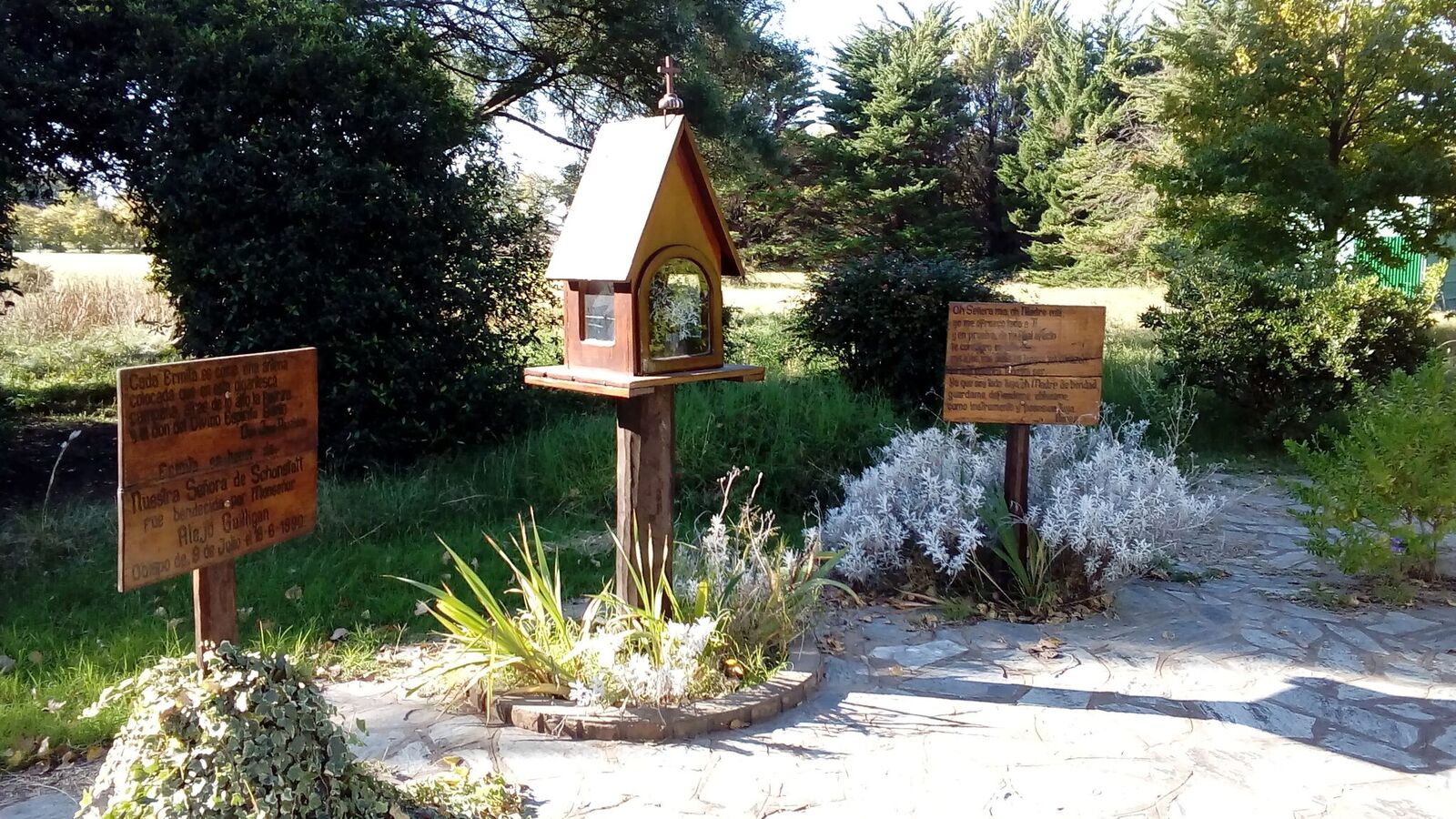 To be a part of this, you may upload the photo of your wayside shrine at:  www.pozzobon.roma-belmonte.info or via email at: [email protected]

Also use this email address to receive material.