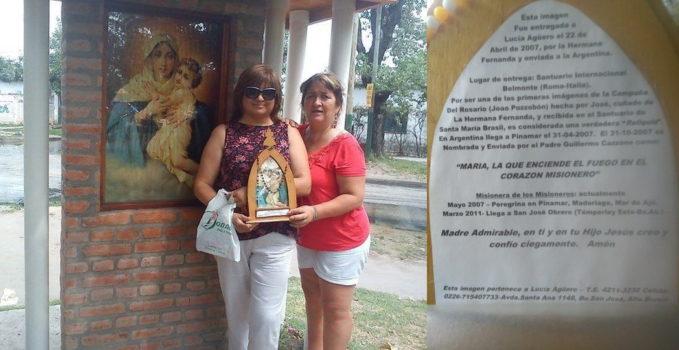 From Belmonte to Argentina – I am only her instrument 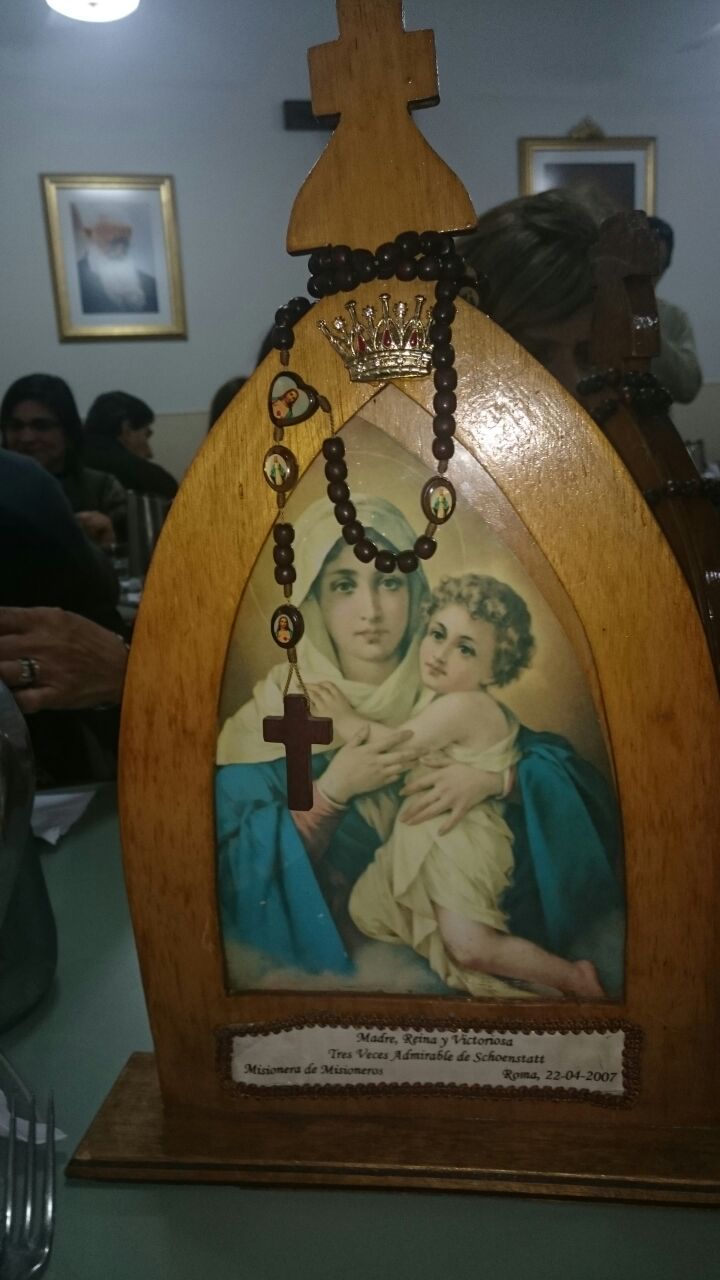 My name is Lucía Agüero González. I consecrated myself as a missionary of the Schoenstatt Rosary Campaign in August 1992, at the Shrine in Florencio Varela, Argentina.

I traveled to Rome in 2005, I worked there until 2007, the year I had to return to Argentina for family reasons. During the time I was in Rome, I worked as a missionary, attaching myself to the Belmonte International Shrine. Sr. Fernanda (a Brazilian) was in charge of the campaign there.

I lived in the Riano area of Rome. When I decided to return to Argentina, I spoke with Sr. Fernanda and asked for a Pilgrim Mother so I would not lose my attachment to the Belmonte Shrine. Knowing that I could not bring one from the Italian Campaign, she gave me her personal Pilgrim Mother.

A relic with a special mission in my hands

“This is one of the first Pilgrim Mothers Don João had made. One of my brothers-in-law made them and he gave one to me –” Sr. Fernanda confided  “– and today I give it to you; her mission with me is finished and now it begins with you.”

I was commissioned with the Pilgrim Mother after a Mass in the Belmonte International Shrine on 20 April 2007. There was an African priest; I do not remember his name. “This Pilgrim Mother is sent to Argentina for a special mission with Lucía Agüero,” the priest said when he blessed me. When I realized that I had a relic in my hands, I asked myself what the Blessed Mother wanted of me.

I arrived in Pinamar (356 km south of Buenos Aires), where I currently reside, I rejoined the Rosary Campaign group and they appointed me leader of the Campaign in Pinamar.

“Missionary of missionaries” on missions in Pinamar, Mar del Plata, Temperley and Bariloche

On 30 October 2007, during a workshop with Fr. Guillermo Mario Cassone, a Schoenstatt Father, where afterwards I told him my story, he blessed this Pilgrim Mother as “Missionary of missionaries, that enkindles a fire in the missionary heart.” From that day, she travels without stopping.

It is not a traditional image of the Argentinean Rosary Campaign. I sense that it has a special mission. It has visited the missionaries of St. Joseph the Worker Parish, from Temperly in Buenos Aires (who were scattered), these missionaries’ hearts  were renewed and rekindled.  More than fifteen young catechists joined; they sealed the Covenant of Love and they consecrated themselves as missionaries. Shortly afterwards, they built and blessed a Wayside Shrine. It seems that this Pilgrim Mother, which he entrusted, transmitted the fire that Joao Pozzobon had for the mission.

After going on pilgrimage in Buenos Aires, the Pilgrim Mother returned to Pinamar in 2012, continuing its mission: it was crowned in the Mar del Plata Shrine, and then I was chosen as diocesan leader of the Campaign in Mar del Plata. Now the Pilgrim Mother is on mission and enkindling hearts in Bariloche;  however, she will return soon.

I attended the workshop for Rosary Campaign representatives 2016, in Florencio Varela, with the Pilgrim Mother. There was no time to speak with Fr. Gullermo Carmona, the National Director of the Campaign, to tell him about my experience.  During the workshop, I met Silvia Sibay and I told her about this Pilgrim Mother and her mission.

She motivated me to write this story, which marks a special coincidence with the preparations of the João Pozzobon hall, in the Belmonte Shrine and the sending of the photos of all the Blessed Mother’s wayside shrines from the entire world, to make a large Pilgrim Mother that will be placed in the hall.

Silvia told me that she sensed the mission of this Pilgrim Mother was to be the link between Belmonte Shrine and Argentina’s Rosary Campaign.

I am entirely at her disposal. May the Blessed Mother guide her travels. I am only her instrument. 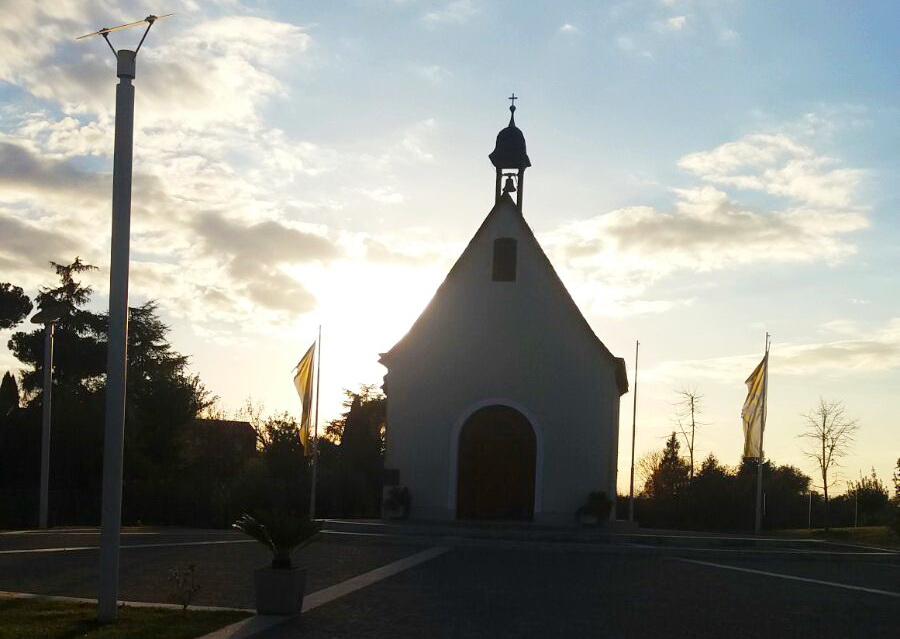