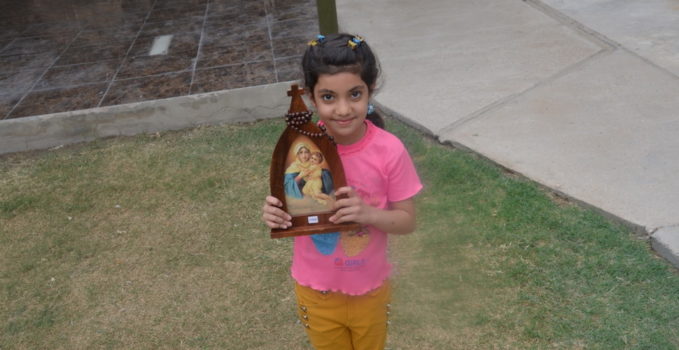 On 27 June 2016, Mater Dei Hospital invited Sr. Guadalupe Rodrigo, a missionary of the Incarnate Word Religious Family, to give a testimony about persecuted Christians in the Middle East. At that time, four Schoenstatt Pilgrim Mothers were presented that would go to Syria and Iraq. Today, months later, we can report news about them. 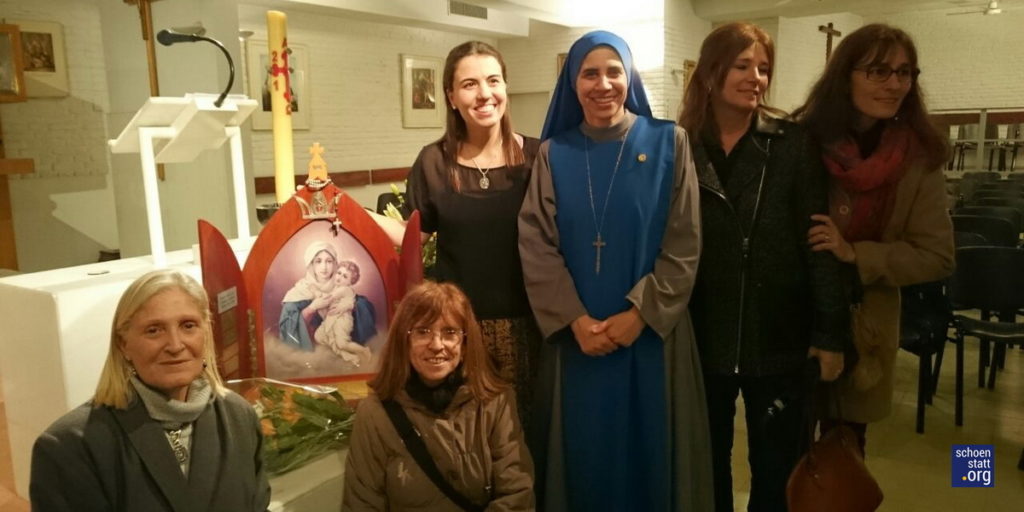 The Pilgrim Mother is in Bagdad and Erbil

Bagdad, the capital of Iraq, is located in the center of the country. Terrorist attacks occur almost daily, approximately 40 to 100 per month and in those places where ISIS is present, there are very few Christians. In contrast, the area of Kurdistan, close to ISIS, there are no terrorist attacks. At present the Islamic State is being destroyed and many towns in the Nineveh plain are being recuperated:

Qaraqosh, Baghdadi, Abdala, etc., while on the other hand, in Mosul the struggle against the Islamic State continues. The two pictures (a Pilgrim Mother and one Pilgrim Mother for children) that arrived in Iraq are in Bagdad and Erbil (or actually Ankawa, a city attached to Erbil). The Fathers of the Incarnate Word Institute sent the following video, the moment of prayer when the Blessed Mother is presented.

Yes, the Pilgrim Mother is in Aleppo

Until a few years ago, Syria was a country that had an unusual characteristic among the countries of the Middle East: peaceful harmony among the different religions and beliefs, and a harmonious existence between Christians and Muslims.

Damascus is its capital, and Aleppo is the next city of great importance; it is the economic center of the country. Aleppo is practically destroyed, but the government army finally seems to be defeating the terrorists. On 12 December, the Feast of Guadalupe, the Assad government, with Russia’s help, re-conquered practically the entire city.  Aleppo was “liberated” from the rebels/terrorists. The suffering of the population, children, women and men, goes beyond what one can imagine.

Moreover, the Blessed Mother arrived precisely at this city more than a month ago. Those who sent Her can affirm with complete confidence that they were instruments in the Queen’s hands to achieve peace in Syria.
A few days ago, an interview with Fr. Enrique Montes, a missionary of IVE in Iraq was heard. During the interview, he cited the words of Holy Father, St. John Paul II: “God sets a limit on evil” and the Argentinean priest added: “Thus God also sets a limit to the Islamic State.” 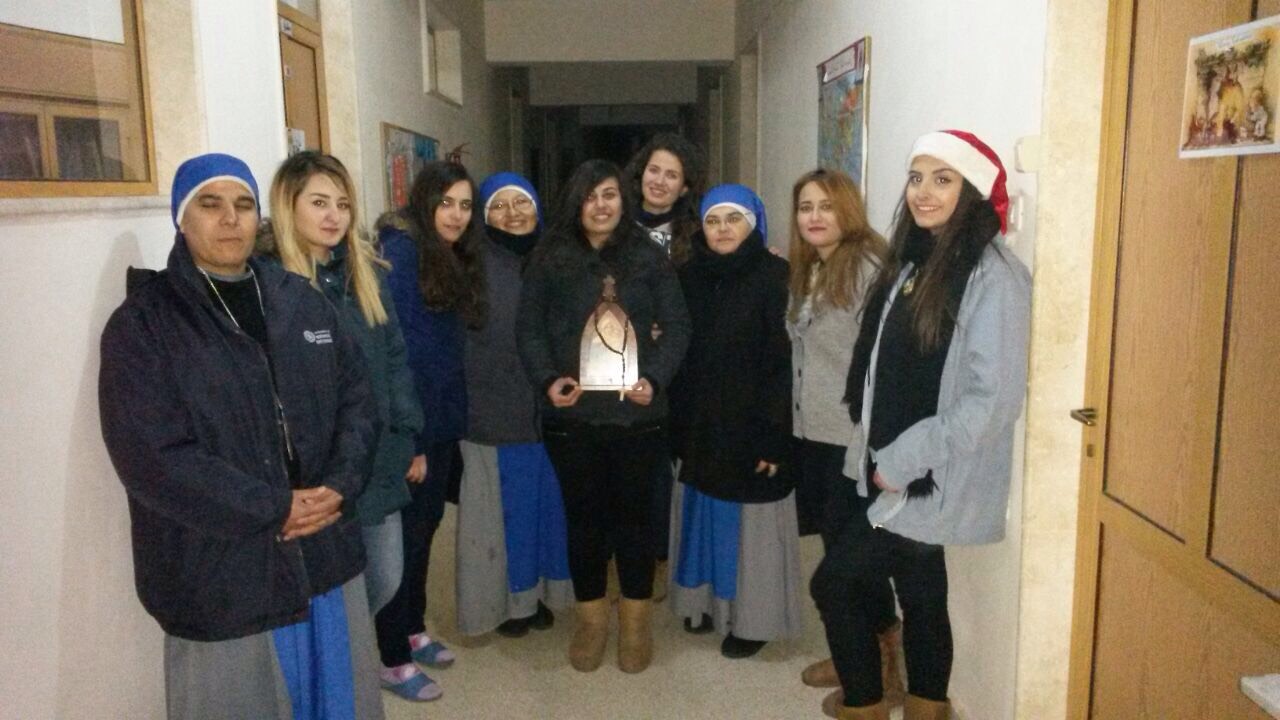 Take the Blessed Mother and be willing to be a hero

Christians are always to follow Jesus; it is precisely what the apostles discovered. It is Jesus and Jesus who captivated them and changed their lives.
Great saints carry forward and generate great saints: St. Francis Assisi with St. Clare. St. Ignatius with St. Francis Xavier, and so many more examples. The providential God unites men for his great plans. Joao Pozzobon understood the great work that God entrusted to him of taking the Blessed Mother to everyone, spurred by Fr. Joseph Kentenich’s words: “Pull the Blessed Mother’s triumphant carriage everywhere.” I dare say that everyone who seriously wants to be a missionary has to know these two conditions: take the Blessed Mother and be willing to be a hero.

Schoenstatt is a child of war; it was born in war and grew in war. It has always been shaken by strife. That is how it is, and it will always be, if it wants to be loyal to its original mission.” Father Joseph Kentenich’s letter of October 1949. 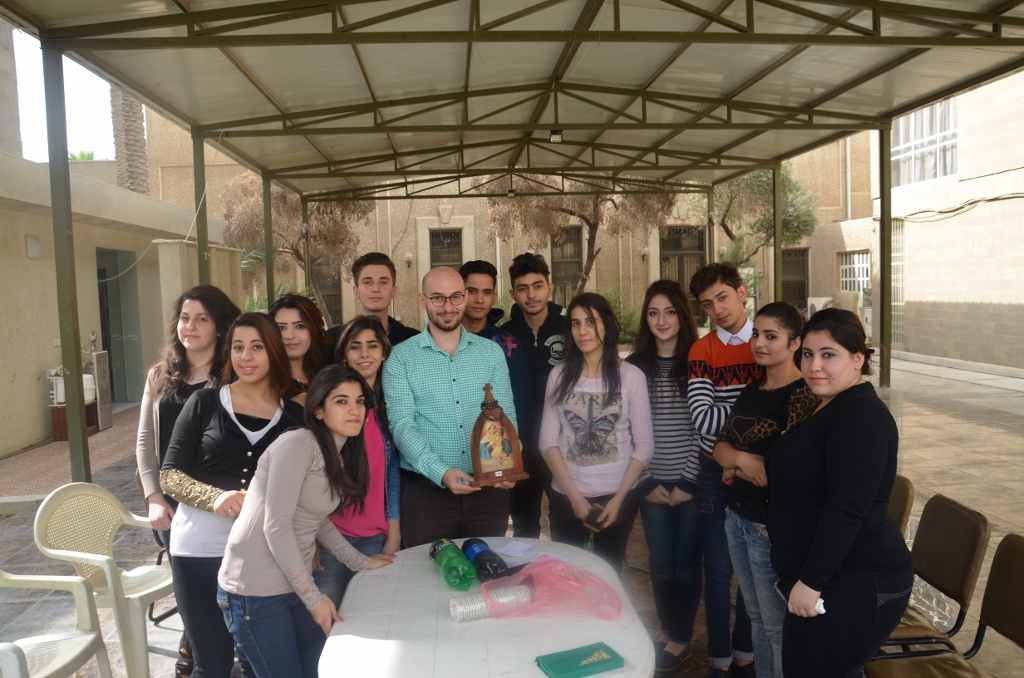 The Blessed Mother in the midst of explosions, and even among Muslims of good will

We are in the season of Advent, a time of waiting, when we recall that the Savior is coming, once and again, to our world, our history, in each of our lives. Through Sr. Guadalupe’s testimony, the persecuted Christians shake us, grabbing out attention so that we are not distracted with other desires that are depleted quickly, with hungers that are never satisfied, with motives that entertain, but do not give meaning. It would seem that in December, we live submerged in a constant maelstrom: we waste time running from here to there, trying to have everything ready for the feast days, when the majority of us forget to prepare the most important thing: our heart.

Through the presence of the missionaries of the Incarnate Word Religious Family in the Middle East, nowadays, the Blessed Mother is opening the road among explosions, bombardments, terrorists and even among Muslims of good will. She, the Great Missionary, goes out once again to the encounter, and she invites each one of us to take the persecuted Christians, the martyrs of our times, as examples.

Filled with confidence, let us be encouraged to pray for the desire of being, the black crosses of today, drenched by the spirit of the persecuted Christians. 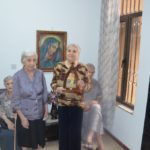 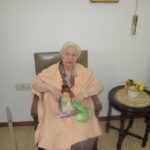 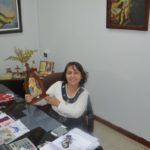 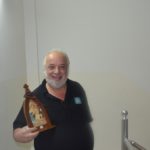 Just like the fire of the Father and Founder’s heart enkindled the fire of Joao’s own heart, may the martyrs of the Middle East, instill and drive us to also offer our life for Jesus Christ. Let us accompany the missionaries with our prayers, with our contributions to the capital of grace, and pray that the Blessed Mother will shower the graces of shelter, inner transformation and apostolic zeal on the Middle East.

Advent is a time to take time. Just as the Pilgrim Mother advances today in the Middle East, soon they: Joseph, Mary and the Child ready to be born will go on pilgrimage again. Once more, they will pause at each home, and will knock on each door. When they reach our door, what response will we give them? 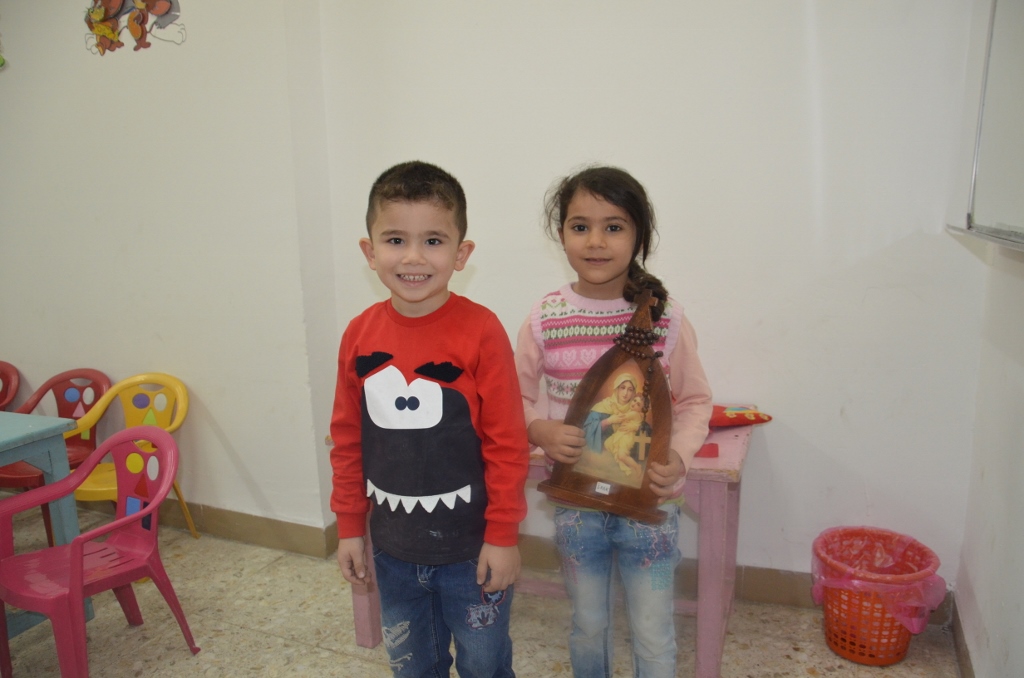