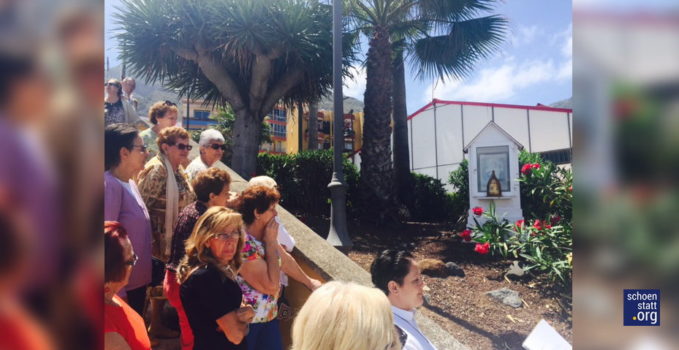 Posted On 2016-08-11 In Campaign, Connecting Schoenstatters

María Dolores Fernández Lapuente is an Argentinean physician, currently living in Austria, who previously lived in Tenerife, Spain, where at that time, a wayside shrine of our Mother Thrice Admirable of Schoenstatt was blessed.  The name of the shrine is “Desciende María” [“Mary, descend”] located in Bajamar and found on the shrines and wayside shrines’ map. In addition to the wayside shrine, the Pilgrim Mother is also already traveling in Tenerife.

Dolores relates:  The first Pilgrim Mother in Tenerife is already traveling.  Rosario Birrie, a Uruguayan who sealed her Covenant of Love at the wayside shrine in July and who became the first missionary “made in Tenerife,” joyfully told me about her first steps.

I began to prepare two new missionaries in Tenerife through WhatsApp.  Due to the circumstance of my move to Salzburg, I had to opt for this new tool… And the truth is that the Blessed Mother worked wonders.  It surprised me to see her hand in all of this.

Meanwhile, Dolores Arnaude, my very good friend from Buenos Aires, began to prepare for Covenants through WhatsApp.  Providentially…from another part of the world…the Blessed Mother awakens allies for the mission, which the Pope calls:  “Evangelize through the media.”  That is what several missionaries enthused for love of the Blessed Mother and who want to give the covenant to the world… without borders are doing. Because if WhatsApp surpasses the borders of time and space, how can the MTA and Fr. Kentenich not use it to spread the Schoenstatt mission? 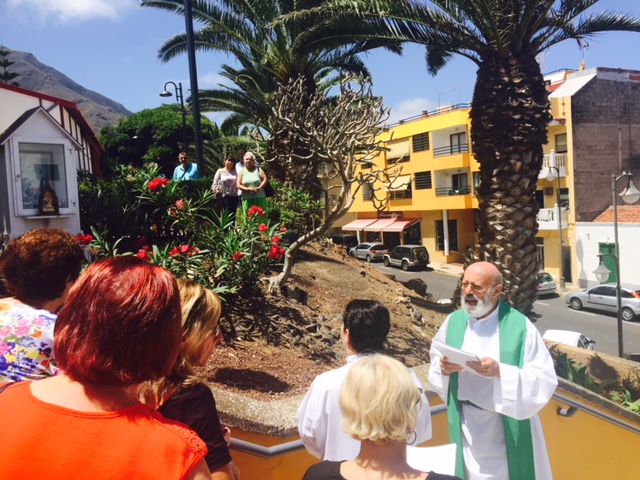 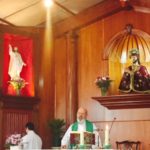 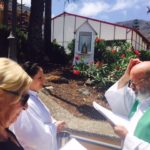 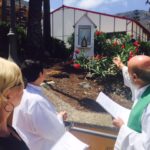 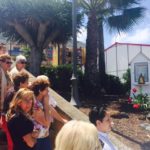 To the ends of the earth

I began to pray the João Pozzobon Novena, specifically asking for discernment and light about this subject.  I asked myself:  What will I do with the people who want to be missionaries in distant lands?  WhatsApp resolves these distances, and I am willing to go to the ends of the earth… But who will procure the Pilgrim Mothers over there? Via schoenstatt.org, I found the mission of the “founding Pilgrim Mothers” that have already reached so many places.  The response was clear:  I continue with the mission! 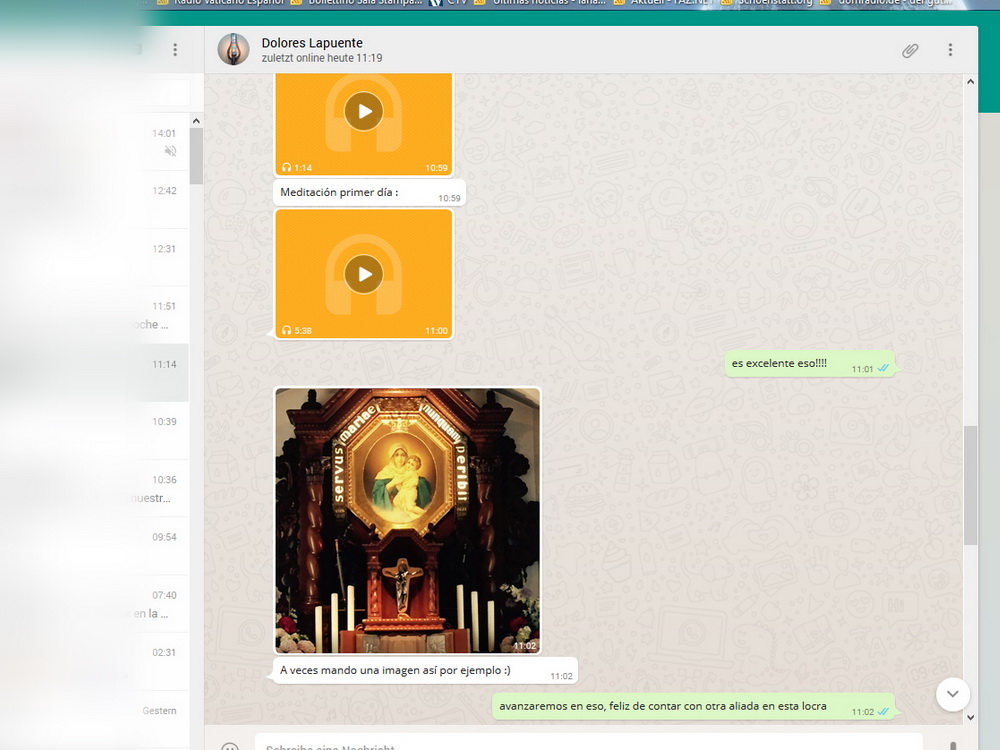