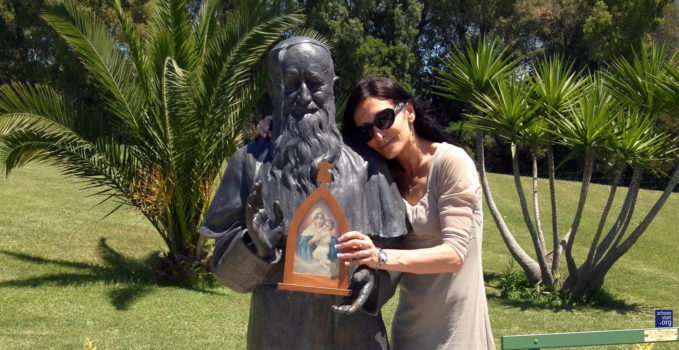 I needed another Pilgrim Mother!

I have missioned with the Schoenstatt Pilgrim Mother in Trento since 2014; it is the only one in this diocese. Many people in this area already have received it, as many as the graces that she has granted us. Milena, a woman from our prayer group asked me if she could take the Pilgrim Mother to her family in Milan, who waited for her with so much love. That was it.

During those days, I had scheduled a meeting with Sr. Ivone, the Campaign leader in Italy, at Belmonte Shrine, Rome. The week before this meeting, the Pilgrim Mother departed for Milan, and she not only visited Milena’s family but also, many others. Every person who met her or heard about the Pilgrim Mother wanted to receive her. The Pilgrim Mother remained only a short while at each place, because so many people agreed to receive her for a couple of hours. Thus our Mother and Queen visited three families per day in Milan!

It was then that I understood that another Pilgrim Mother and other people who would mission with her in Milan were necessary where our Mother vividly demonstrated that she wanted to be. 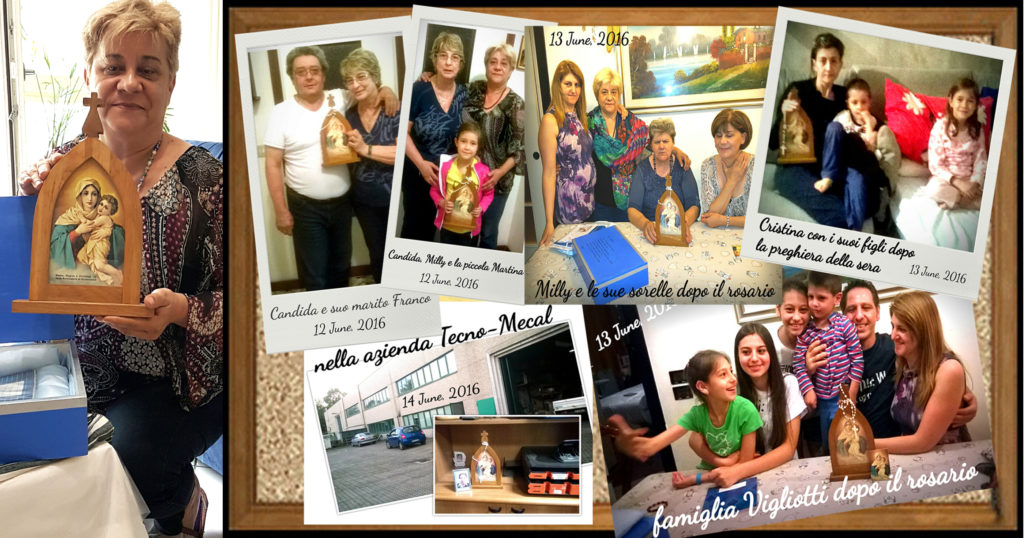 Left: Milena with the Pilgrim Mother of Trento before departing to Milan. Right: some of the families who received the picture in Milan.

Ten days of pilgrimage with the Pilgrim Mother: Trento, Milan and Rome round trip

When Milena returned from Milan, she returned the Pilgrim Mother along with many wonderful expressions of gratitude on behalf of all the people who had received her. They were messages filled with love and the hope of seeing her again someday. The following day, I departed for Rome with my husband Paolo for the meeting with Sr. Ivone at the Shrine, along with my Pilgrim Mother, and all that love. Now not only Trento needs another Pilgrim Mother, so does Milan!

They were ten very beautiful pilgrimage days with our Mother Thrice Admirable, Queen and Victress, from Trento to Milan and from there to the “Shrine of all of us” in Rome. “Mother, once more I place myself at your disposal as your instrument, to take you wherever you want to go.” 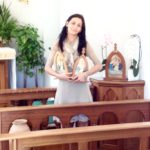 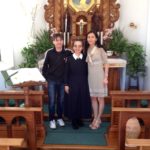 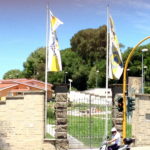 She was waiting for me along with Father’s message

We arrived at the Belmonte Shrine. We had the great pleasure to meet and to know Sr. Ivone in person; she was waiting for us. She accompanied us to her office, and when we entered, I saw Italy’s Auxiliary MTA in front of me. At that moment, upon seeing her, I thought: “Mother, you were waiting for us!” I cannot express in words the immense joy I felt. I never imagined that upon arriving I would kiss and touch the Auxiliary MTA. When I approached to greet our Mother, I silently told her: “Today you are welcoming me, but one day, I will be the one who will welcome you among our very beautiful mountains in Trentino. I make this commitment.”

“Father’s Telephone” was close to the picture. I took a little card, and after my silent words to the MTA, Father message to me was: “Pray much, and demand much of yourself.” I had five minutes of a profound encounter with our Mother and Father Kentenich, who embraced, advised, and motivated me to go forward with what my heart desired so much, so that someday, it would become a reality. Now everything was clearer than ever. Once again, we spoke in silence. Thank you!

I had a long meeting with Sr. Ivone; I told her about my long pilgrimage with the Blessed Mother and together we decided to send a Pilgrim Mother to Milan and to present talks for the new missionaries, once someone with great love and devotion could do it.

Sr. Ivone prepared and registered the two Pilgrim Mothers (one of them was mine that came from a Shrine in Buenos Aires and that had come to Belmonte for the first time). There, before the Auxiliary MTA, she gave me two Pilgrim Mothers: the first one for the Province of Trento, and the other, the first one for the Province of Milan. We prayed in the Shrine, and she gave me the “blessing and the apostolic sending out,” filled with emotion!

Photo to the left: Gisela with the Pilgrim Mothers, No 1 from the Province of Trento and No 1 for Province of Milan. Right, Paolo, Sr.Ivone and Gisela after the consecration and thanksgiving.

We bid farewell, and Paolo and I decided to end our pilgrimage in Rome, passing with the two Pilgrim Mothers through the Vatican’s Holy Door of Mercy.

In the heart of Christianity, we prayed and asked for help and support to carry out this new mission. 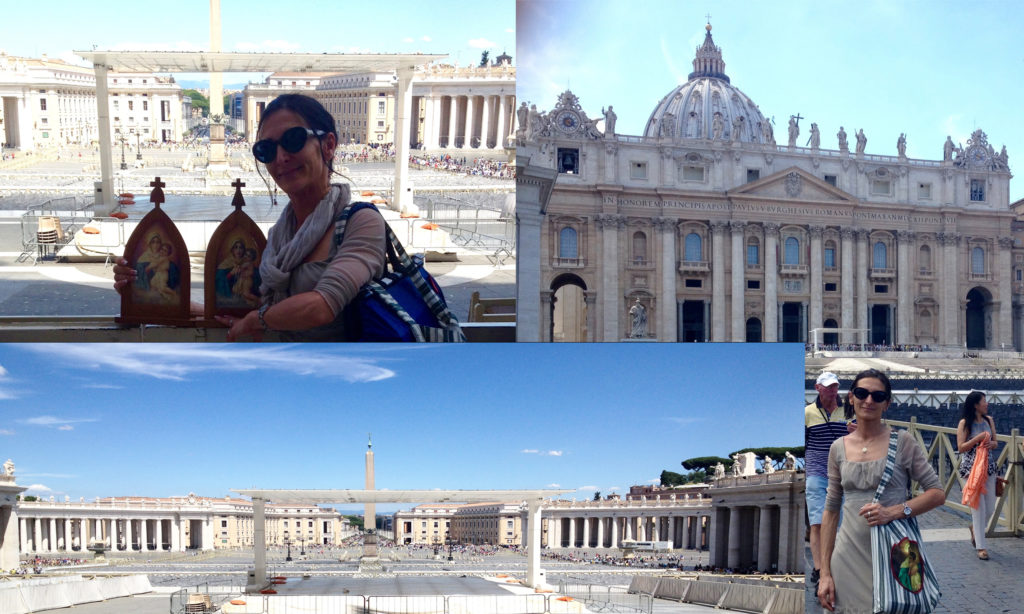 In the following weeks, the talks to train new missionaries began thanks to all the information and material Sr. Ivone provided. Now we look with attentive and hopeful eyes for our Mother’s pilgrimage in these two regions.

I feel in the deepest part of my heart, that this is only the beginning of something very big and beautiful. It is huge, like the many challenges that we faced and that today, and we accept it with immense love, joy and humility.