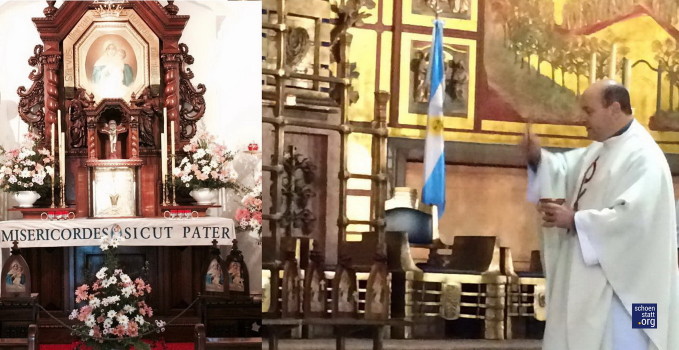 She can’t wait anymore: the Pilgrim Mother wants to fly to Syria

During the Angelus on Sunday, 29 May, after celebrating the jubilee Mass for in St. Peter’s Square, Pope Francis reminded the participants for the celebration on Wednesday, 1 June, for the International Children’s Gathering and he communicated a special initiative:

“Next Wednesday, 1 June, on the occasion of the International Children’s Day, the Christian communities of Syria, both Catholic and Orthodox, together will raise a special prayer for peace, which will have children themselves as its protagonists. The Syrian children invite children from around the world to join their prayer for peace”. (Vatican News)

And on 1 June, four founding Pilgrim Mothers were commissioned at the Confidentia Shrine, Buenos Aires to Isa Ubierna, a missionary at the Sanatoria Mater Dei (which belongs to the Schoenstatt Sisters of Mary), who communicated with Sr. Guadalupe from the Institute of the Incarnate Word who works in Syria at the heart of the civil war, amid the bombs, hunger, fear…

Isa Ubierna requested two “normal” Pilgrim Mothers, two for children and a large picture to be framed. The four Pilgrim Mothers will be at the Sanatorio Mater Dei until 27 June – the anniversary of João Pozzobon’s death. “The Incarnate Word Sisters were very enthusiastic about the idea of sending the Pilgrim Mothers. We were thinking that during this time before they are sent out we could conquer the pictures at the sanatorium since there are several missionaries among the personnel. The idea is for them to remain in the sanatorium chapel from Thursday, 2 June to Monday, 27 June, to be conquered spiritually”, Isa commented.

Going to Syria at the this time 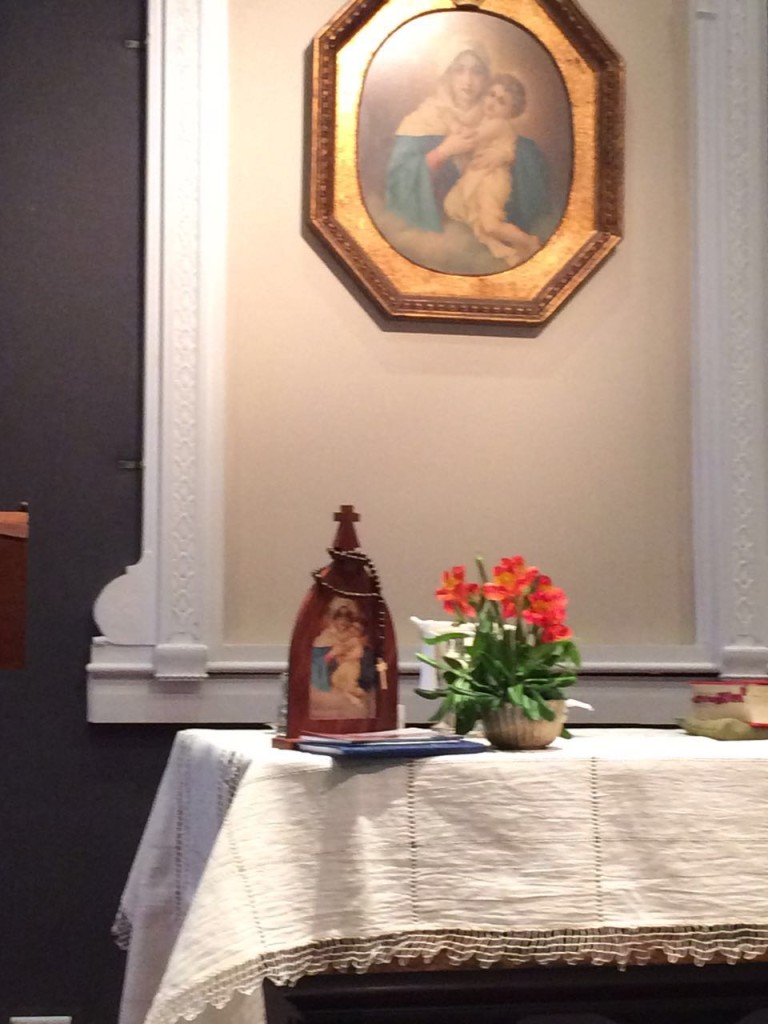 “They are going to Syria at this time, and with this Sister we admire so much for her courage and commitment, not only here; but throughout the world where her videos have been seen”, commented one of the missionaries. Isa Ubierna has already met with Sr. Guadalupe to see if she can translate the material that accompanies the Pilgrim Mother into Arabic.

The “founding Pilgrim Mothers” are sent to places where the Campaign still does not exist and there is no organized Schoenstatt. The first ones went to Jabarovsk, a city in the extreme eastern part of Russia, close to the border with China (also with an Argentinean missionary of the Incarnate Word), others went to Guatemala, Venezuela, Nicaragua, Cuba, and China; and those of the Serenity and Confidence Modality went to different places of the United States, Peru, Mexico, Colombia, and England.

Photo above: Pilgrim Mother for Jamaica 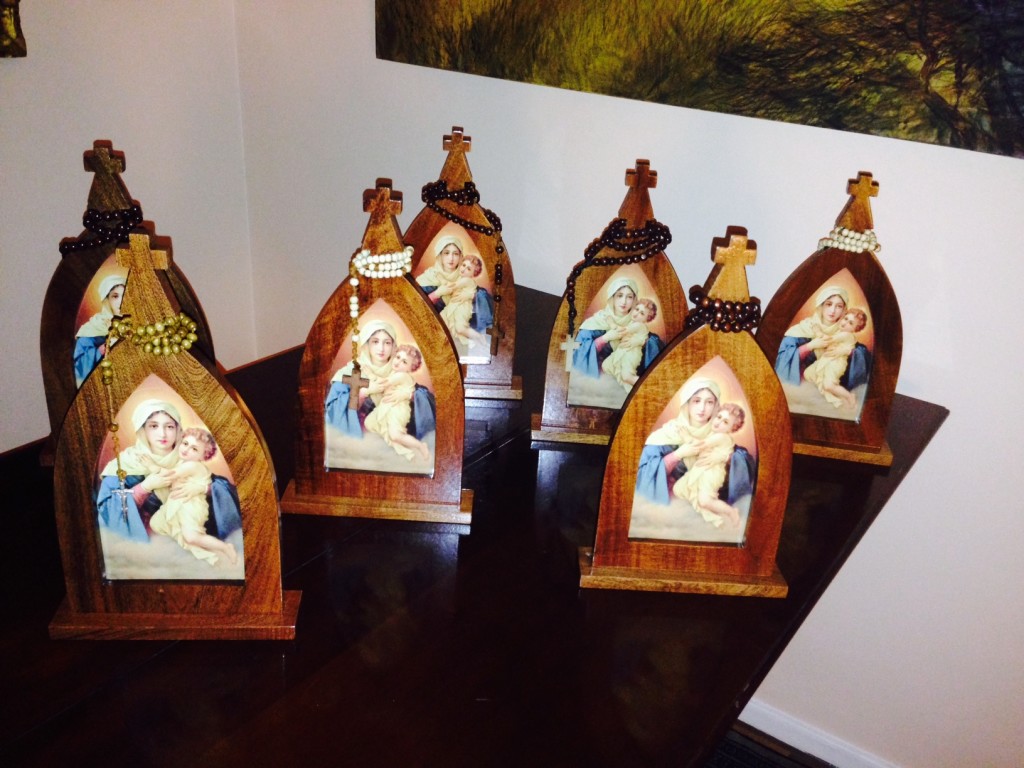 These Pilgrim Mothers are already in Madrid Spain, to go to Cuba 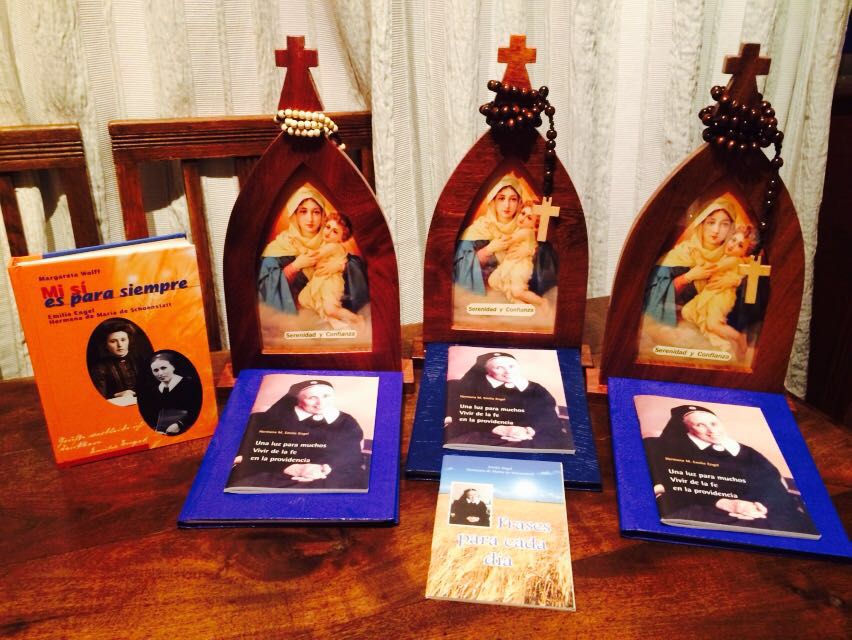 Setting out to Nicaragua