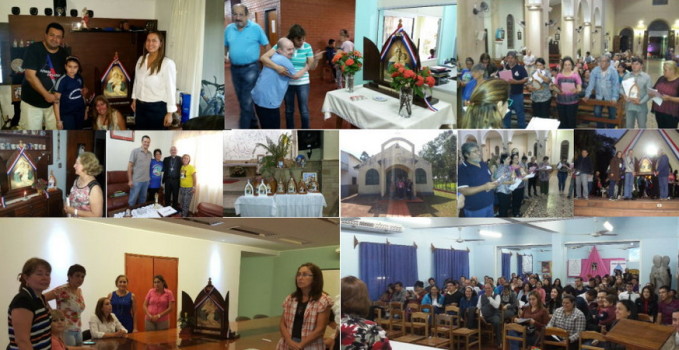 May every Schoenstatter be a missionary!

The Schoenstatt Family from Encarnación and the Schoenstatt Rosary Campaign has had a special privilege since December 2014:  The diocesan bishop is a Schoenstatt Father, Bishop Francisco Pistilli, who knows and loves the Campaign and he counts on its support in his diocese.  At the beginning of 2015, a meeting was held at the bishopric with Bishop Pistille, the outgoing coordinator Chiquita Martín and the new coordinators, Julia and Rodolfo Widmann.

Going forth and sharing her graces

In August, twenty-seven Pilgrim Mothers were commissioned in an apostolic sending forth held at the Cathedral.  Six  were for Family Branch groups, the Ministry of Hope, and the Boys’ and Girls’ Youth.  The objective of this initiative is for every Family group of the southern part of the Nation of God to be a group of missionaries, who take the picture of the Blessed Mother placing her in a place of honor in their homes, in their groups, and also taking it on mission in their communities.

The next commissioning of Pilgrim Mothers was held at the Cathedral on 18 September.  Eight pictures were commissioned, four were for a Mothers’ Branch, two for family groups and one was for the Men of the Men`s Rosary. 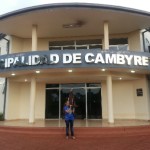 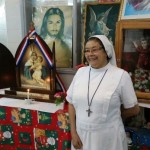 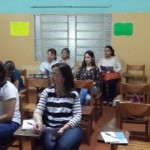 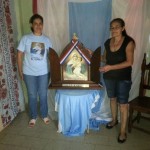 Going out to the parishes

Talks were given for future missionaries for a parish in the San Juan del Paraná district.  The talks were held at the San Nicolás Chapel in the same district, at the home of a missionary from the San Juan neighborhood, district of Cambyretá, and Holy Spirit Parish of Hohenau.

After these talks, commissioning of twelve Pilgrim Mothers was organized for the new missionaries of Hohenau’s Holy Spirit Parish, the Virgin of Itapé Chapel, the San Juan Cambyretá neighborhood, and St. Nicolás Chapel in San Juan del Paraná.  Among these Pilgrim Mothers, two were returned, and they were re-commissioned to a new missionary and a group of the Family Movement from Colonias Unidas.

At the San Juan del Paraná Parish a couple, that goes on mission with a Pilgrim Mother that they inherited at the city of Yatytay, was sent forth.  Upon learning about the story, they were offered the corresponding talk and they were commissioned before the parish community.

In 2015, a total of more than fifty Pilgrim Mothers were commissioned in the diocese.

The participation of the Schoenstatt Rosary Campaign at the Charismatic Movement stand was very important because the Campaign is generally the first contact that the community receives through a missionary.

Just like every year, a pilgrimage was made to the Tupãrenda Shrine to visit our Mother and Queen, and thank her for all she gives us, to present our capital of grace, to ask for everything our heart needs and to be with her on her day.

We arrived very early, and she welcomed us warmly.  We returned to Encarnación in the evening after a wonderful day.

On 18 September, after the Covenant Mass at the Cathedral, Fr. Gilberto Penayo crowned the Blessed Mother as Queen of Hope and of Families; a large group of missionaries and members of the Schoenstatt Family participated.

The apostolate with the Auxiliary, which came to the Diocese in September 2014, since January 2015, began with an apostle each month.

Each of the apostles assumed a month chosen by a drawing for 2015 to go on mission with the help of all the missionaries.

During these months, it has also traveled to other cities of the diocese: Fram, Hohenau, Obligado, Capitán Miranda, in addition to Encarnación’s neighboring districts such as San Juan del Paraná and Cambyretá.

The missionaries from Encarnación want to share their joy for the mission with this video prepared for the Start-up Gathering 2016 of the Schoenstatt Rosary Campaign.

In 2016, a new calendar was created with the apostles, they added new apostles to the group, and in so this year began with much love.  She traveled intensely to homes, health centers, and she reached Paso Güembé, a company in the Trinidad district in the Itapúa department, reaching family homes and a community chapel, where she took possession of so many people’s hearts that they have already asked for more Pilgrim Mothers to mission.

In February, the members of the Family Movement`s Mary’s Hearts of Solidarity group assumed the mission.   Consequently they continue João Pozzobon’s road by taking Jesus’ Mother to families, the Juvenile Detention Center, to schools, and public works entities, as well as the pediatric section of the Regional Hospital and CEMADE – Help Center for Encarnación’s Disabled – the Blessed Mother has gone there and to the Detention Center twice.

Pilgrimage of the Auxiliary in 2016

Through photos, we want to express the story of these visits that mark every heart with the seal of the love and sheltering of our Mother. 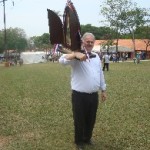 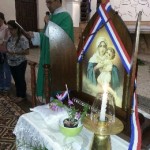 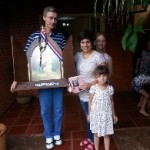 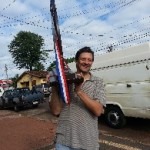 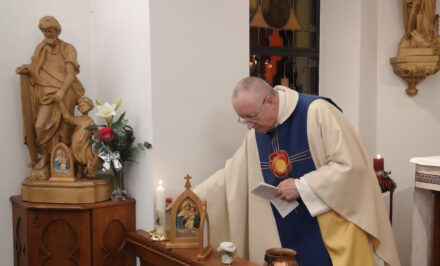