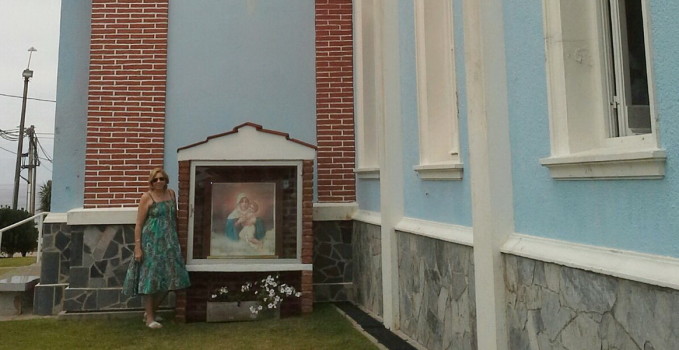 On vacation, by the Blessed Mother’s hand

How good it is to depart on vacation knowing that you will find a place where the Blessed Mother waits to welcome you as if you were at home! She is never on vacation!

When I arrived in Punta del Este, Uruguay, the first place I visited was Candelaria Church. There in front of an imposing street lamp, the edifice could be seen in its entire splendor. As a highlight of so much beauty, she, the Blessed Mother, greeted me from her Wayside Shrine on the side of the church.

My Schoenstatt friend of many pilgrimages, Marta and I were lost in her maternal gaze…

I eagerly awaited 18 February to participate in the Illuminated Rosary, which would be prayed for the second time. On 18 January, it was prayed inside the church, but this time, it was prayed in front of the Wayside Shrine.

At the end of Mass, Fr. Jorge, Candelaria’s pastor, invited everyone to the rosary. He helped the children light the candles the wind extinguished as the Hail Marys were prayed. 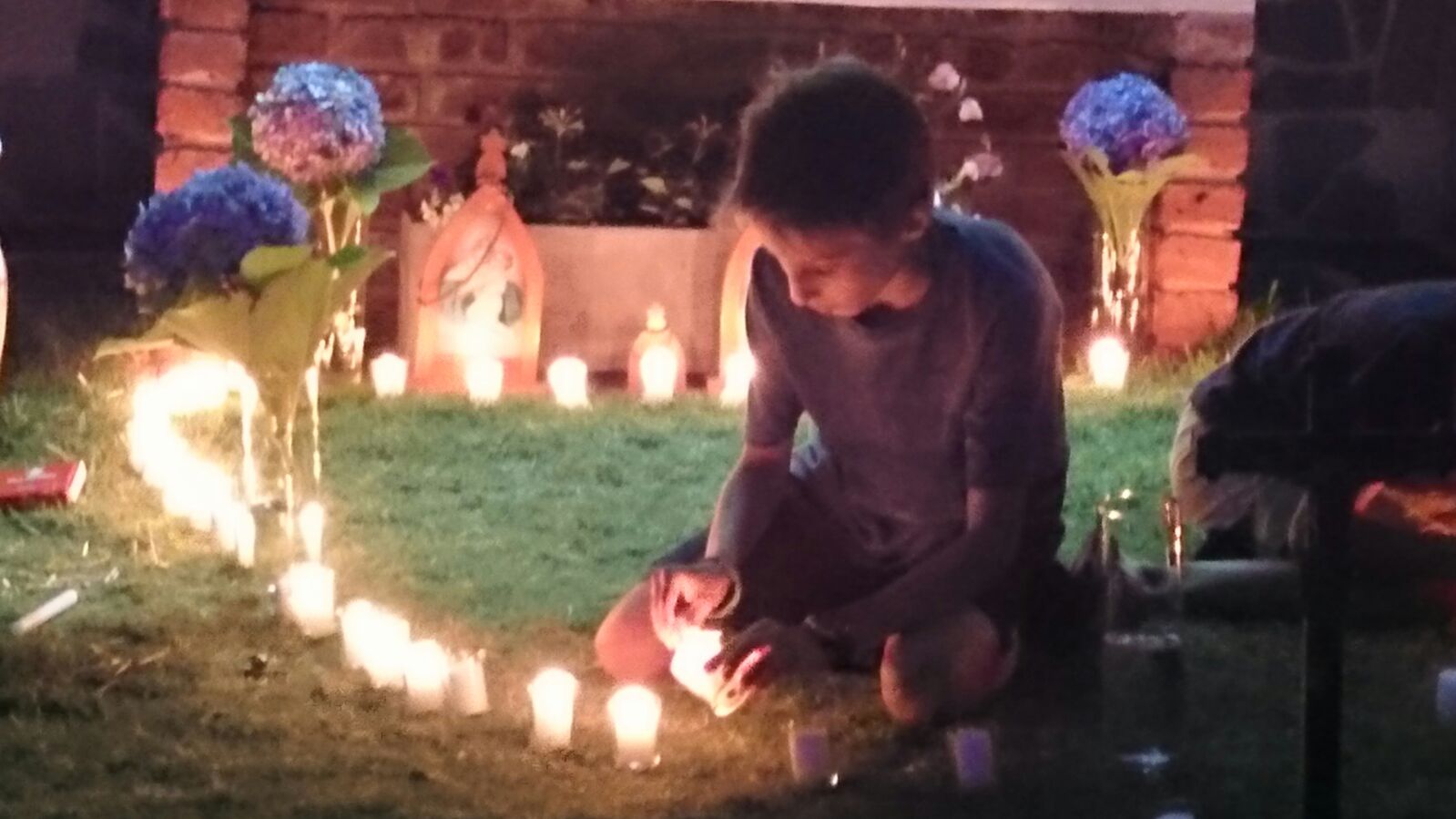 New friends and an unexpected but exciting discovery in a mall!

The first Schoenstatters I met there were Rayito and Raquel. Then I met Sarita and Eleonora before the rosary.

To my surprise, they told me that Fr. Guillermo Cassone, a Schoenstatt Father and our adviser in Tucumán, blessed the picture for the wayside shrine some time ago!

They began the conquest of the shrine with capital of grace and something that impressed me: contributions were also left at a business in a Punta del Este shopping mall: La Mercerie.

At the end of the rosary, the participants placed their petitions and expressions of gratitude in a jar, later the petitions were burned; I bid farewell to Sarita Ruibal – our correspondent from schoenstatt.org, and I conversed with Eleonora Gravier, since I observed her willingness and organization of setting up the rosary. 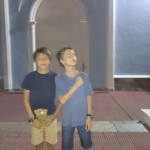 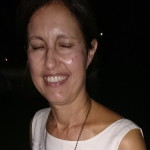 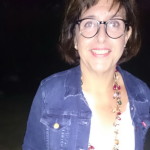 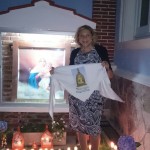 She told me she is Argentinean, and that she began in the Girls’ Youth in Pilar, a Buenos Aires district; she and her husband had lived in New Zealand, where she began to mission with the Pilgrim Mother. And since the Blessed Mother loves open roads, she left a picture there.

She currently lives in Punta del Este, where she began seeking allies for the Blessed Mother. Of her three children, the youngest two are little missionaries, and they were in charge of lighting the candles for the rosary.

Eleonora related that there are several Pilgrim Mothers at Punta del Este, and that they are requested in several shops, so its travels begin in La Mercerie– where there is a notebook. She told us to write our petitions in the Blessed Mother’s blog.

Upon bidding farewell to her and her beautiful little sons, we departed in haste to La Mercerie. We wanted to verify what Eleonora had told us. Upon entering the business, the Blessed Mother smiled at us, and we immediately saw the notebook, where people who came had written their testimonies. We could not leave without writing our gratitude for so many emotional moments!

A customer at the business heard our comments and upon finding out that we were missionaries, she told us: “I am not religious…but what a beautiful mission!” 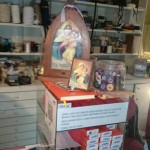 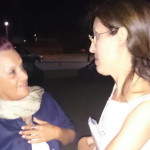 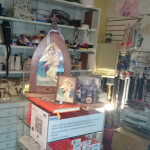 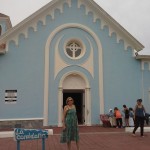 And the dream became a reality

Once the place was obtained, the Wayside Shrine was built with capital of grace and donations, but not without some difficulties, such as why it should be the Mother Thrice Admirable of Schoenstatt’s image and not another picture.

Today the Blessed Mother rests close to the sea where the wind lulls the Little Child and his dwelling. This was a vacation encounter; she attracts more and more hearts to the Lord’s Kingdom.

And may the words of our father and founder, Joseph Kentenich be fulfilled from this place: “Through Schoenstatt may the wide halls of the holy Church be filled again,” (Heavenwards, p.14).

Thank you Blessed Mother, for this beautiful experience!

Location of the wayside shrine HERE. 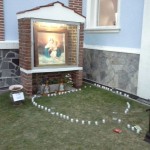 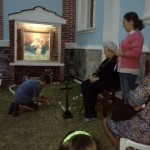 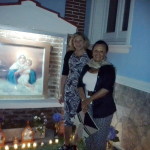 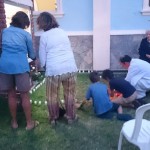 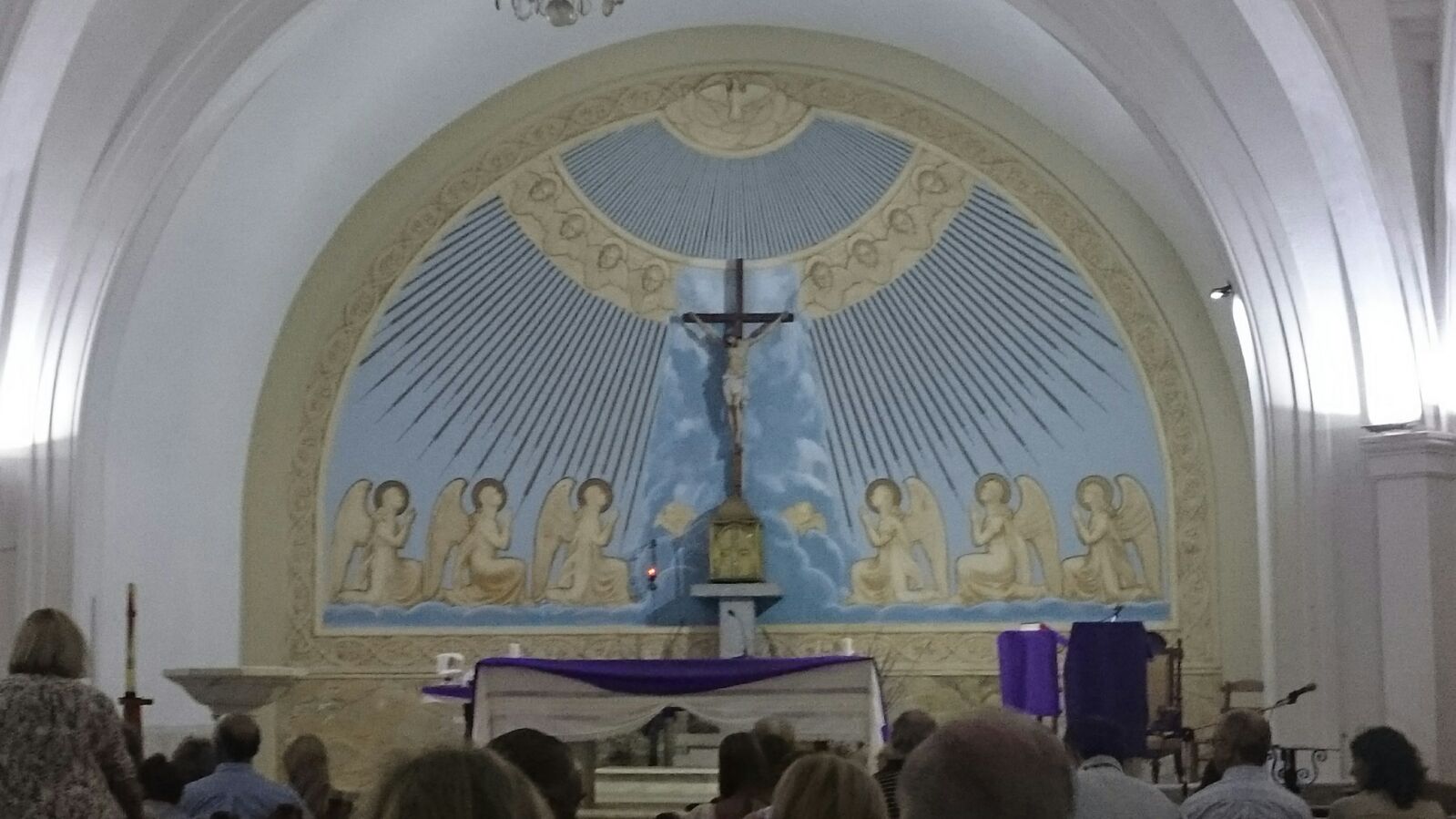