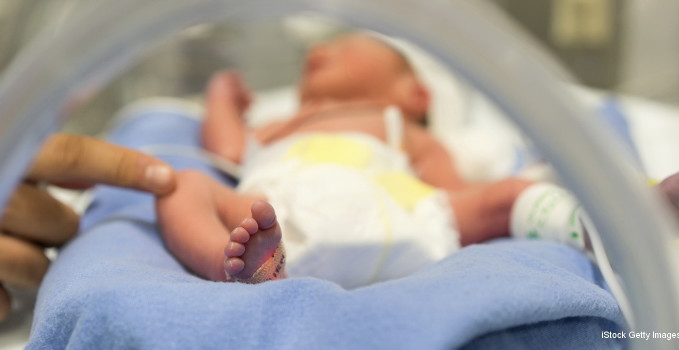 Beautiful Mary! You never cease to amaze me!

One night they called me to take the Pilgrim Mother for babies to a couple that had not been able to have a family, but were now in the fifth month of pregnancy with triplets. The woman was experiencing premature delivery, and they were at the hospital.

“Why don’t you let me glue you, Blessed Mother?” 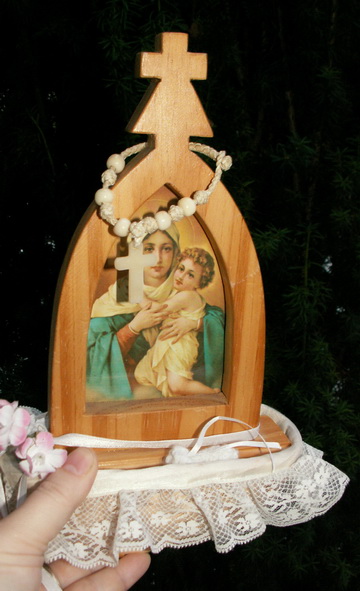 Meanwhile another couple had the Pilgrim Mother, so early that morning, I went to get her to take her to the triplets’ mother. Upon leaving, the person who gave me the Pilgrim MTA stumbled, and before my eyes, the Blessed Mother detached from the base. Oh no!

Calmly, I tried to resolve the situation. I arrived at my sister-in-law’s cellular business, and I asked for some hot silicon adhesive…No! It would not adhere. They brought cold silicon adhesive, used to glue wooden baseboards…That did not work either! I decided to go to a stationery shop and buy stronger glue. I tried three times…It did not stick!

The person in charge of the Schoenstatt Rosary Campaign said that the best way would be to nail it, but I could not think of anyone who could do it at that precise moment.

I began to hurry, with urgency; I don’t know why…I had to find someone to do the job quickly!

I went to a hardware story and like a bad joke; there was no one to wait on me. I went to another one, and the clerk told me he could not nail it, but he recommended a VERY GOOD glue with which he had glued his dining room, without a single nail.

I used the wonderful glue…and no! I removed the residue and tried a second time…NO! It was incredible, IT WOULD NOT STICK! I spoke directly to her, and asked her face-to-face: “Why won’t you let me glue you, Blessed Mother?”

A customer, beside me (who I did not know) had seen me trying to repair it…He asked me what Our Lady it was, and he suggested that I use a nail. I told him that was the idea, but there was no one to do it, and that it was urgent that I take it to the hospital where someone was waiting for her. He offered to fix it. He told me he lived around the corner, and that he would gladly fix it. Moreover as if my insecurity was not at its peak, there I go in my van following a stranger, a carpenter I met by chance. We arrived at his house, I gave him the picture, within a few minutes he came out, and she was ready. He told me that he could not clean it very well because he did not want to move it too much (it had a lot of residue from the four kinds of glue). I thanked him profusely and proceeded to the hospital. I went to the couple, I told them about the odyssey, and I told them that the Blessed Mother wanted to tell us something with all of this.

I shared that I believed that she wanted to present herself before them with “marks,” “with wounds,” to remind us that she also suffered much, and that there is no one who can understand and console one who is suffering better than her. We prayed, and they very willingly accepted her.

What pains us, pains her

When I told Marcelo, my 13-year-old son, he thought about it and he said to me: Mother, I believe that the Blessed Mother did not want you to reattach her with glue, because she wanted you to use nails just like they used on Jesus. Because she wants to feel the same pain as her son, and with this she tells us that what pains us, pains her.” I needed to share this reflection with the triplet’s parents. We ended our conversation, and I told him that mothers learn “stubbornness” from her! It is just as she was determined that a church be built PRECISELY at Tepeyac, that it be PRECISELY Juan Diego who gave the message. She did not deviate from her idea of Jesus performing his first miracle PRECISELY on that day…Watch out, when a mother gets something into her head!

Later, they wrote me that the triplets had been born. They weighed approximately 650 -750 grams, and are still battling for their life. She arrived just in time to accompany, console and intercede…!