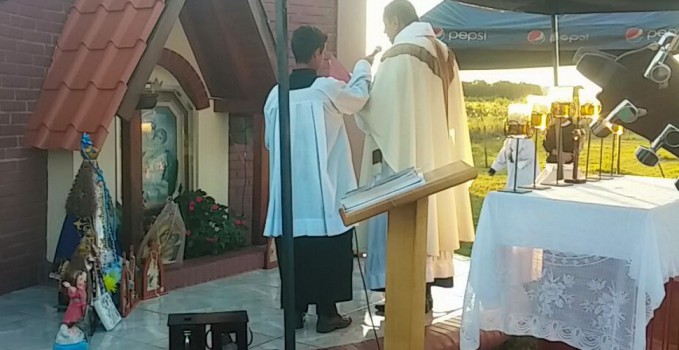 On 8 December 2015, the Feast of the Immaculate Conception and the opening of the Holy Year of Mercy, the missionaries of the Rosary Campaign crowned the Blessed Mother as QUEEN OF EVANGELIZATION at the wayside shrine “Puerta del Cielo” [Door to Heaven], which is located in the Portal Sinuelo at Santa Rita, Paraguay. Many neighbors and Fr. Jorge, the pastor of the place, accompanied them.

Fr. Jorge has always accompanied the Campaign! “What a fruitful year in Santa Rita!”, commented Mima Cordona, leader of the Campaign of Interior. “Last year, when they came to Tuparenda, we realized that he loves the Blessed Mother.”

On 8 December, the sponsorship of the Virgin of Caacupé, patron of Paraguay, there were Masses at Santa Rita in many neighborhoods, but Fr. Jorge chose to attend the crowning Mass of the Blessed Mother.

They made a simple and very beautiful crown. Everyone was very touched by the crowning, because the people were not familiar with this ceremony and Fr. Jorge gave a very good explanation of why the Blessed Mother Blessed Mother is crowned. 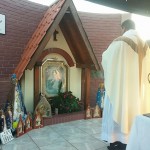 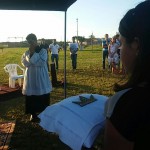 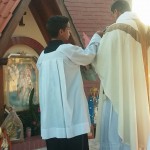 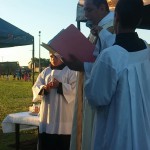 Many people are devoted to the Virgin of Caacupé, the patron of Paraguay, in the neighborhood where the Ermita Puerta del Cielo is located. They organized a novena at the wayside shrine, which ended 8 December. Then they had a community lunch and in the afternoon, there was a Mass and the crowning of the Blessed Mother. The pictures of the Virgin of Caacupé that the families have in their home, in their family shrines, always visit Her. The celebration was very beautiful and touching. This was how the happy missionaries summarized it. 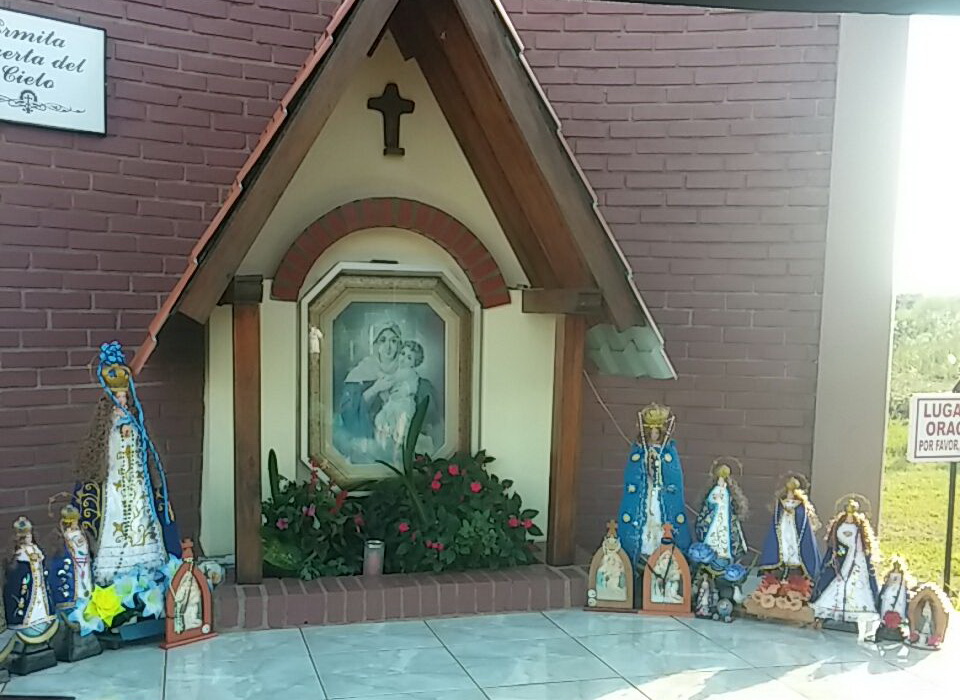 A picture of the Covenant of Love

There is another detail. The missionaries from Santa Rita gave us some photos of the Covenant of Love. When the photos of the wayside shrine were taken, there was a combination of light and reflections; the picture was incredible: the image of the Blessed Mother is seen, but the missionaries, the pilgrims… the Covenant of Love are also seen in the same picture. We want to be like Her [1], to be a reflection of her image [2], just as we pray with Fr. Kentenich in Heavenwards…and at the same time, She wants those who want to see her, will see her in her allies, her children. In the covenant of love she asks us: give me your feet, give me your hands, give me your voice, give me your face…Blessed Mother, walk in us through the world, make ready for the Lord[3]. 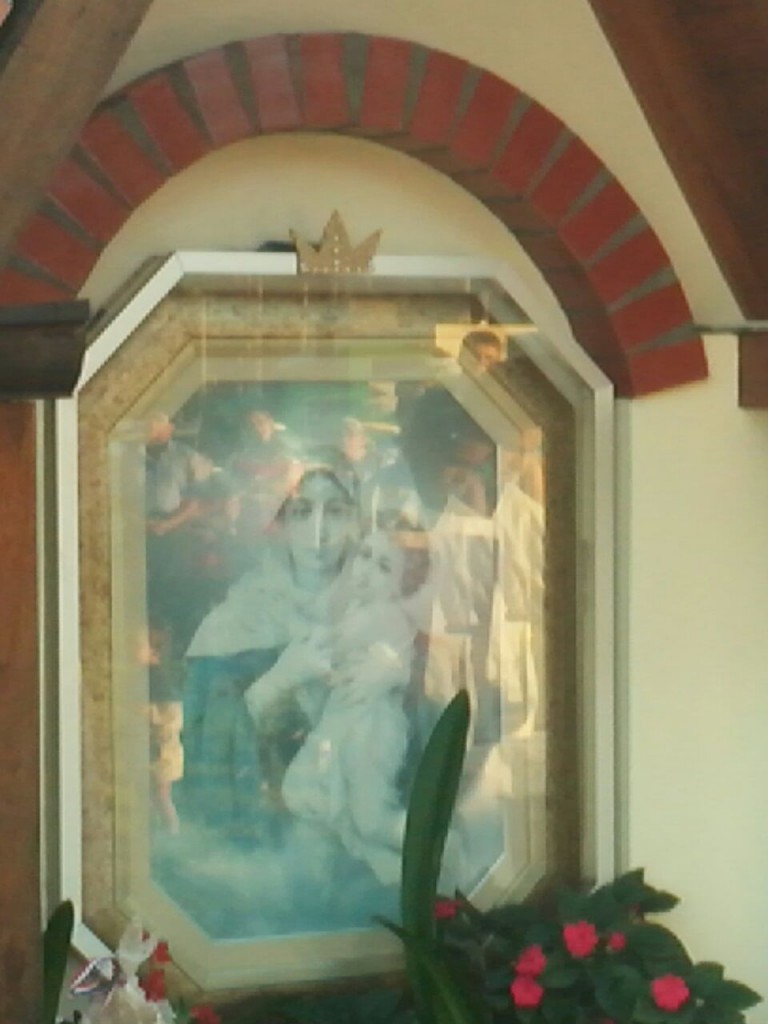 Thank you, Santa Rita, for this beautiful picture.