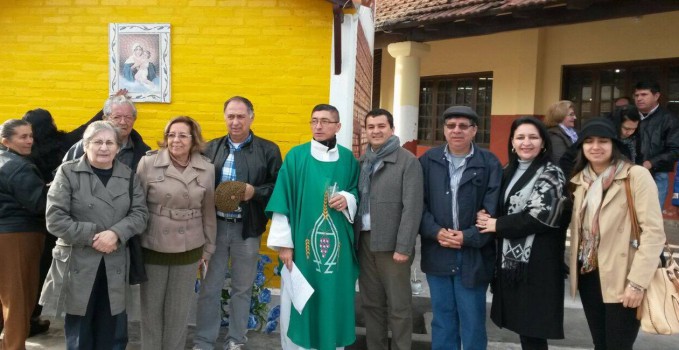 The wayside shrine at Vallemí

“When you want to know something else, just let me know; we have traveled and offered 57,680 km. [35,840.69 miles] for love of the MTA,” Mima Cardona wrote, when she was asked about the photos that were shared of the 18 October novena at the wayside shrines in the interior of Paraguay. She and her husband carry out the Schoenstatt Rosary Campaign in the interior of Paraguay, that is, in those places outside where Schoenstatt’s is largely concentrated such as Asunción, Ciudad del Este, and San Lorenzo, Encarnación. 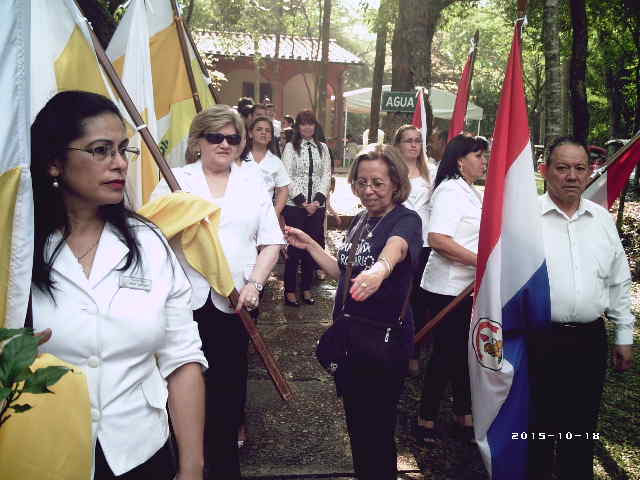 I recalled Mima Cardona’s story, which was published in 2011, about an adventurous trip on dirt paths to Vallemí, a city 620 km. [385.25 miles] from Asunción, on the edge of the Apa River bordering Brazil.

On 5 July 2015, a wayside shrine was blessed at Vallemí. I wanted to know more, and Mima began the story:

“Fr. Emiliano R. Fernández is the pastor there, he already knows about the Movement and especially about the Campaign. We met at Loreto; the Campaign was already established, but they did not have a wayside shrine.

When Fr. Emiliano was appointed as pastor of the Virgen del Carmen at Concepción [Virgin of Carmen Church], he called us and asked us to train a group of missionaries. The missionaries from Concepción led that were in the group that was organized. The picture of Our Mother Thrice Admirable of Schoenstatt is enthroned in the Virgen del Carmen Parish. 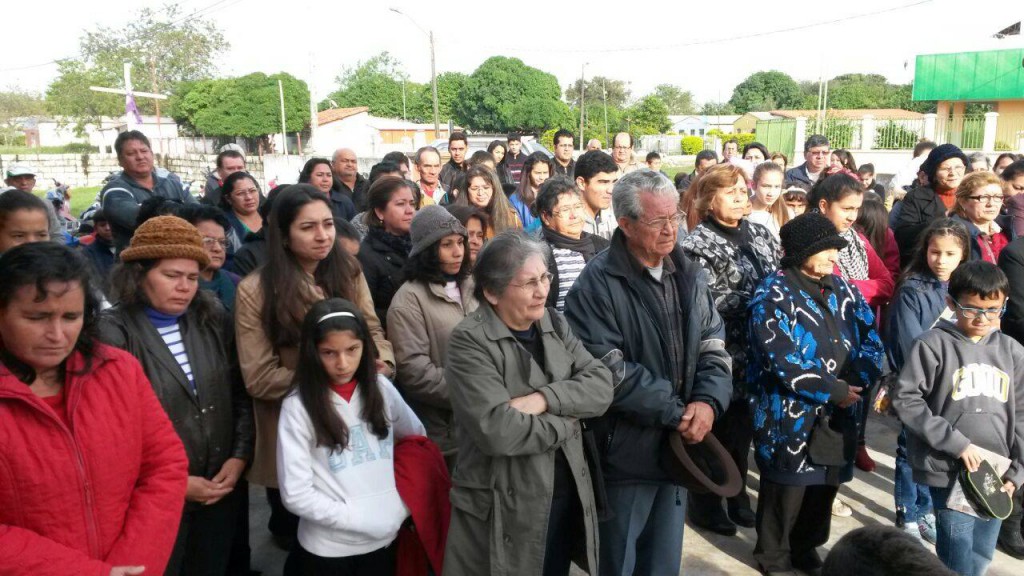 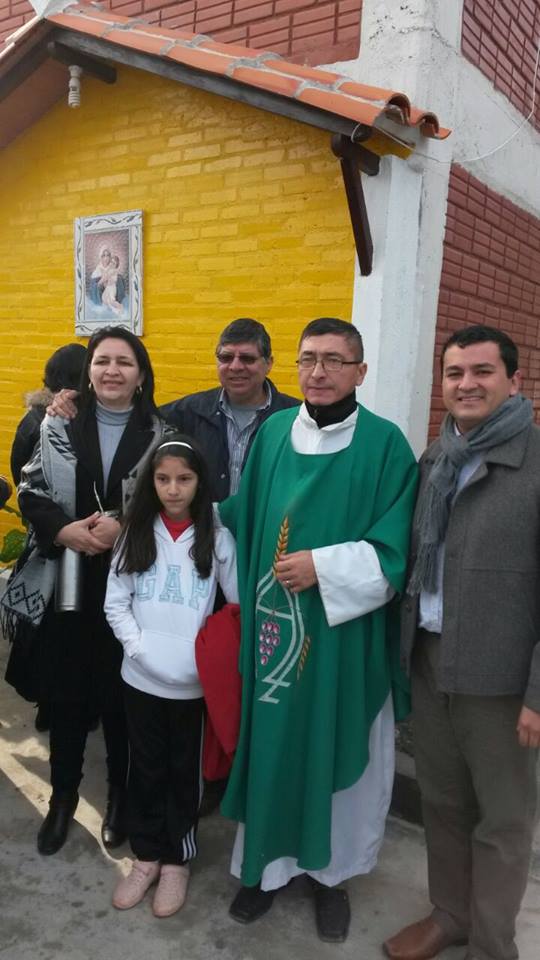 Shortly afterwards, Fr. Emiliano was transferred again, but this time it was to Vallemí, a place that was remote and with a road in very bad condition. There is an industrial plant in Vallemí that produces cement for the entire country.

The first thing he did was to again ask for the presence of the Campaign; this how our Mother uses us as instruments in her hands. We gave a talk, and we prepared a program to launch the first Pilgrim Mothers, a total of six were distributed in six neighborhoods.

The priest chose the people, who would become missionaries.

After one month, during the first Mass on the 18th, which was 18 March, the Pilgrim Mothers were commissioned and the church was full.

The same priest called us to say the number of people who had attended surprised him. “She follows me, she goes with me wherever I go,” Fr. Emiliano’s said. This is how our Mother leads us to visit and to establish her throne of graces…

Attracting hearts and transforming them

She attracts her children’s hearts with her sweet presence, she shelters them in her maternal heart and she transforms them little by little.

The wayside shrine was blessed 5 July 2015, members of the Family Branch from Concepción, Missionaries from Concepción and Loreto attended, once again the church was full. We thank God and our Blessed Mother for choosing us as instruments in their hands. The Blessed Mother’s apostles are in your hands, Father. 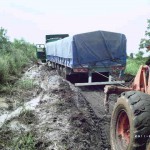 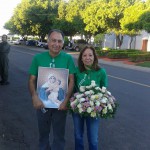 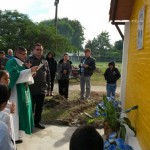 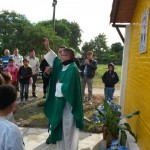