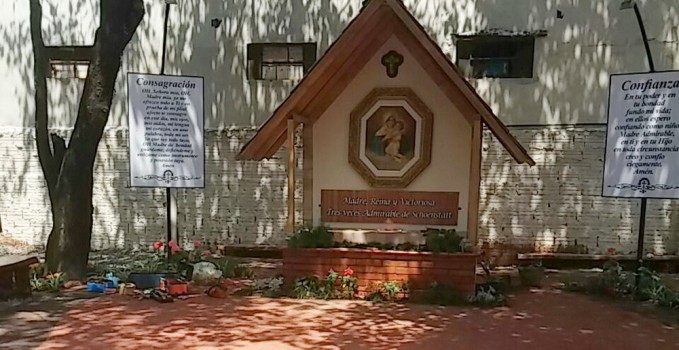 Every wayside shrine has its story… 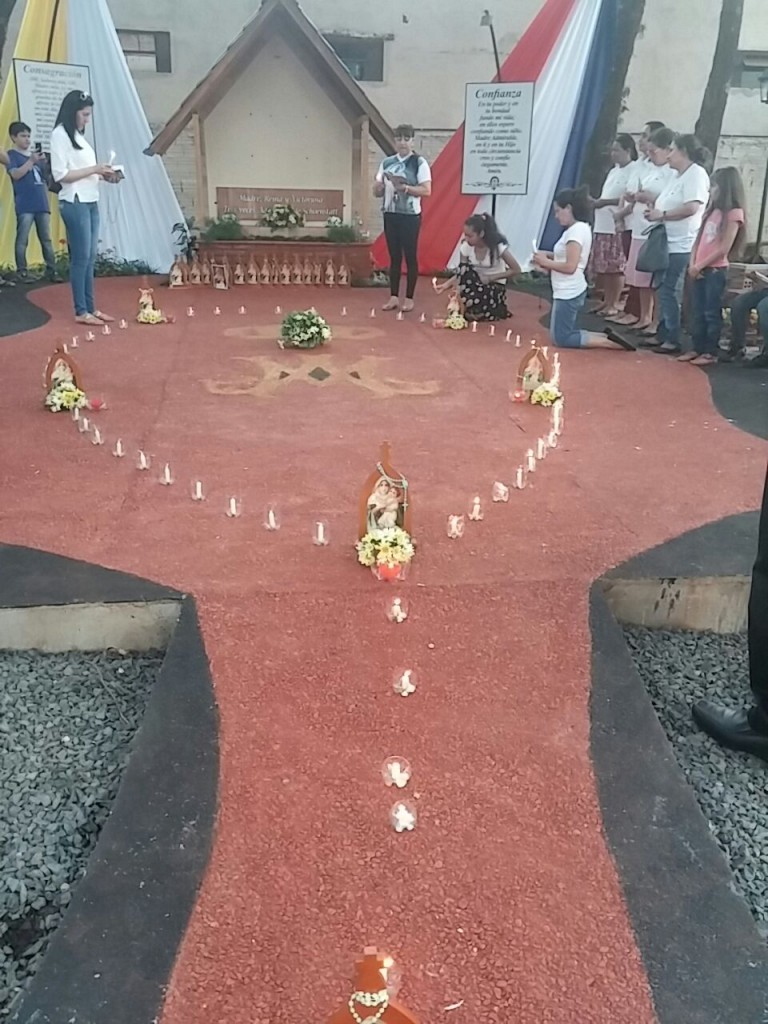 Santa Rita is a city in the Alto Paraná Department, in Paraguay; it was founded in 1973, and is located 340 km. east of Asunción and 70 km. from the Triple Border (Argentina, Brazil and Paraguay). On 18 October, the Wayside Shrine, La Llena de Gracias [Full of Grace], was inaugurated and blessed. Everything was very beautiful with consecration prayers, and there was trust on both sides. It is a place for gathering, of prayer, and of attachment. The missionaries from Santa Rita go on pilgrimage day by day to the new wayside shrine; they pray the Holy Rosary for Joao Pozzobon’s canonization, they offer contributions to the capital of grace, and they consecrate themselves to the Pilgrim Mother again to take her wherever she wants to go…

On 18 October, they prayed the Illuminated Rosary before the blessing; it was a touching moment, and it was filled with graces…

This new wayside shrine is the second one in the city. The first one was inaugurated last year on the same date. On 17 October, there was a candlelight procession from the first wayside shrine, Puerta del Cielo, and next Mass and a vigil until midnight was held, waiting for 18 October, the day of Schoenstatt’s Blessed Mother. It was an unforgettable vigil: missionaries, families who receive the Blessed Mother and many people from the neighborhood singing, praying, and waiting, despite the cold. Fr. Jorge, the area’s pastor, stayed until the end.

Until that time, this first wayside shrine still did not have a name; a year after its’ blessing, on this night waiting for 18 October, it was baptized with Puerta del Cielo as its name.

A family completely donated this wayside shrine last year, and now one of their members is a missionary. It is located at the entrance of Santa Rita in a densely populated neighborhood that has a great zeal for the Blessed Mother. 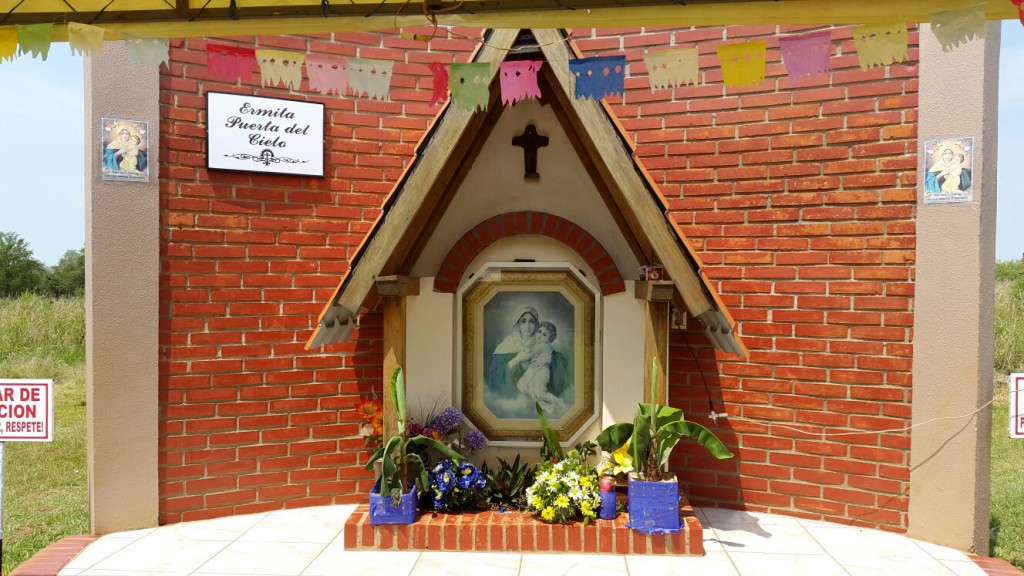 The wayside shrine has a beautiful story, especially because of the place. The Blessed Mother had already chosen it! Three years earlier, La Mater voladora [The flying Blessed Mother] fell onto a family’s patio: it was a Blessed Mother made with balloons.

The first missionary from Santa Rita is from this neighborhood, and when he received the Pilgrim Mother, he invited all his neighbors to pray. It was at that point, the (donating sponsor) family realized that it was the same Blessed Mother that had fallen on their patio three years ago and everything began from there! The Blessed Mother began to travel to homes until she arrived at a family’s home that had promised the Blessed Mother a grotto, and after a month and a half, the wayside shrine was already inaugurated: on 18 October 2014, the day of 100 years of the Covenant of Love.

Fr. Jorge learned about this story, since at that time he had authorized the construction of the wayside shrine, no one knew anything about it.

The idea was to make it where the second one is now, so that it would be where many people pass by, it could be seen from all sides, and people could easily visit. However, she said something else, many did not like the idea because it is a little inside, but the neighborhood folks always visit it, and every Sunday, the Rosary is prayed at 6:00 p.m. Moreover, the children lead the rosary now.

Within eight months since the Rosary Campaign was established, they already had this wayside shrine and the second one that was inaugurated a year later also has its story. 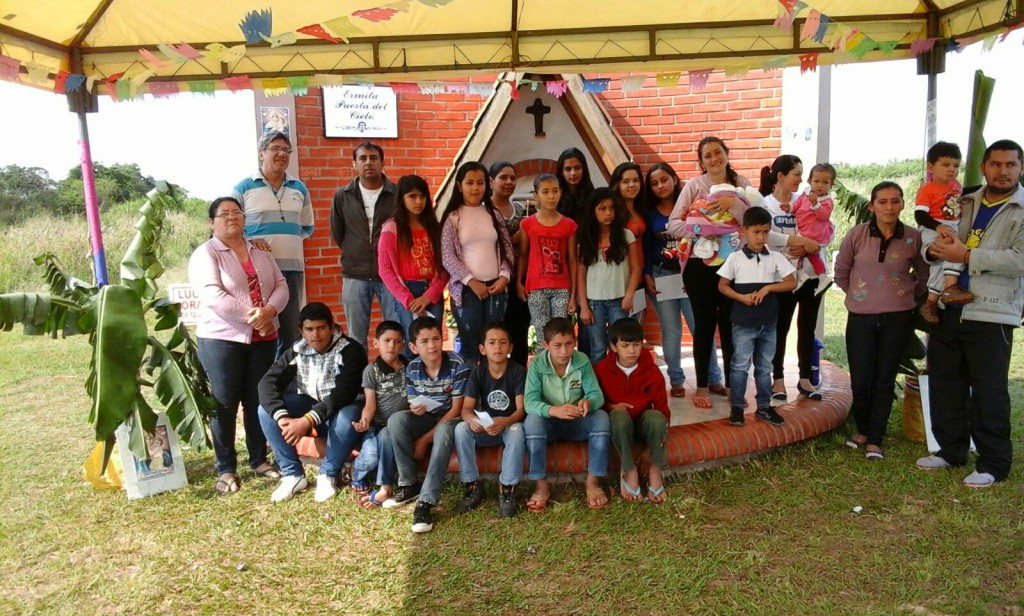 “I believe every wayside shrine that is built has its story, because it is the Blessed Mother, who chooses the place and how she wants it prepared.” 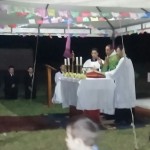 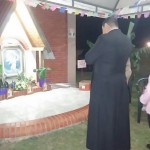 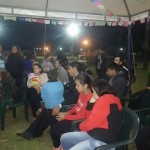 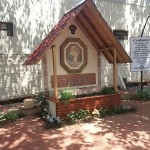 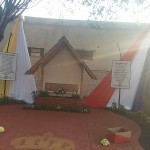 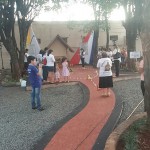 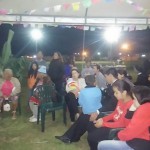 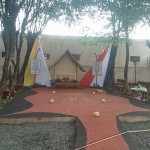 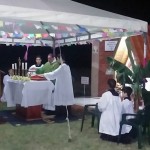 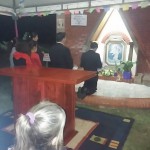 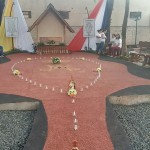 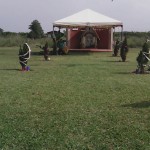