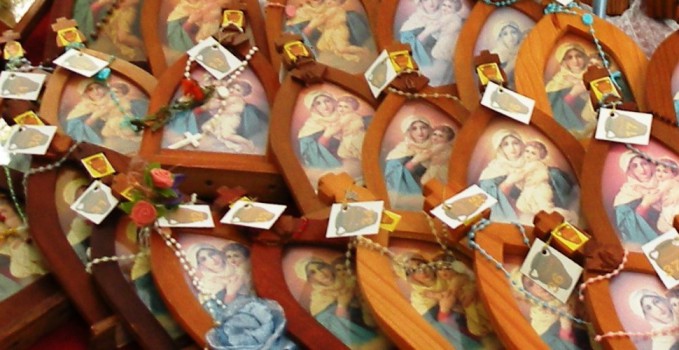 On September 10, 1950, Don João Pozzobon took the first steps of the Schoenstatt Rosary Campaign. This year, upon recalling the 65th anniversary of this event, Uruguay wanted to attend the Romería de Septiembre [September Pilgrimage] in Santa María, where this method of evangelization was born that the Father and Founder, Father Joseph Kentenich, blessed.

The Good Shepherd sustains his missionaries! 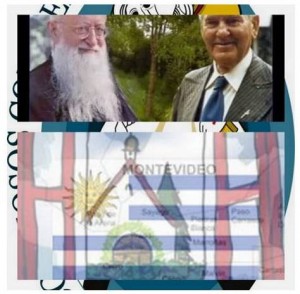 A picture showing Father Kentenich and Don João Pozzobon looking at the camera and of a drawing of the greatly desired Shrine of Montevideo accompanied the pilgrimage along with the logo for the Year of Mercy. The Good Shepherd sustains his missionaries!

They walked over this holy ground for three days, trying to fill themselves with this spirit in order to continue with the mission in Uruguay.

Fr. Argemiro, postulator for Don João’s cause, welcomed the pilgrims, and he accompanied them to the house-museum, and they renewed the mission with him: Go to the encounter, with Mary.

They returned with thirty Pilgrim Mothers that will have a special mission. Moreover another three will be in the hands of children who will take them on pilgrimage through this beloved place of Cerro de Montevideo.

Several activities will be organized in November to celebrate the 30th anniversary of the Campaign in Uruguay (1985 – May 15, 2015).