On the way to Venezuela, two Pilgrim MTAs “for the periphery”

On 21 August, the feast day of Father Franz Reinisch and on the eve of the Feast of the Queenship of Mary, two Pilgrim MTAs that Deacon Alberto Badaracco was eagerly awaiting, departed from Buenos Aires to Puerto la Cruz in Venezuela. They went out accompanied by holy cards, novenas, books about the Campaign and the book “A culture of encounter is a covenant culture, and this creates solidarity,” Pope Francis’ message to the Schoenstatt Movement during the audience on the occasion of the first century celebration of the Covenant of Love.

Everything began with the testimony of Father Egon M. Zillekens, of the Federation of Priests, about his trip to Ecuador in the “Original Shrine’s Pilgrim MTA’s” company one that had belonged to schoenstatt.org years ago, the one from the Original Shrine that took care of requests and offerings arriving from throughout the world via the Original Shrine’s direct line, and that during Advent 2014, decided to assume a new mission! And oh boy, how she assumed it! 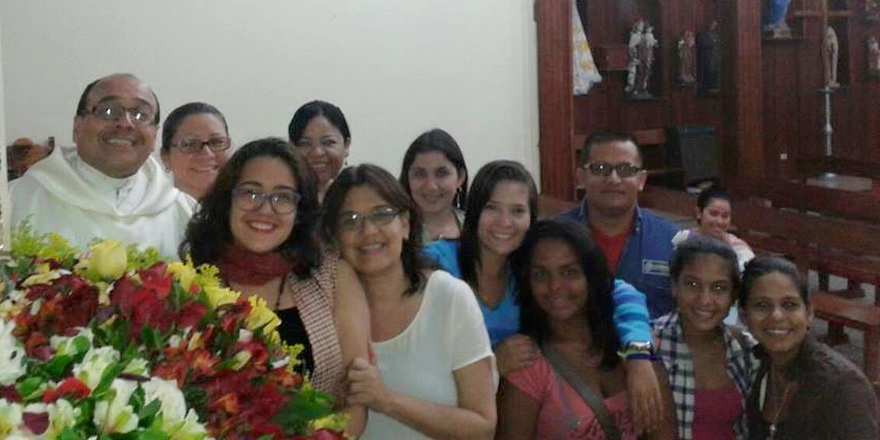 To the ends of the earth…

Is there a missionary request in this comment? Does the MTA call us to serve beyond doing it with real stories that are shared, or better yet: does she want to write a new, real life story through this that was shared?

A reply was sent to the comment, “testing the waters,” and the deacon answered: “I am very happy to receive your reply. I have known about the life and work of Father Kentenich and of the picture of the Blessed Mother for many years. I spread the devotion of Mary, the Mystical Rose, but I see that the work, of which you are a part, has an organization that opens up spaces for couples and youths, you organize training sessions, and you have an apostolic commitment and one of testimonies. Please tell me what we have to do to receive the Blessed Mother and to begin the process of training and having this apostolate. I should point out that at the radio station, we have a prayer group of very fervent people who are also willing to work to build the kingdom. Glory to God and may He bless you!”

Almost every day the Schoenstatt.org editorial team receives requests for Pilgrim MTAs, or requests from people who want to join the Movement, or who want to visit the nearest Shrine, or from people who want to learn more about Schoenstatt. The requests are sent directly or via the collaborators to those in charge of the Movement, of the Campaign, or of the Shrines in the countries where the Movement exists. The requests from the periphery remain… from countries or places where the Movement has not yet developed or where the Campaign does not yet exist. For these places, and with the approval of the National Adviser of the Rosary Campaign in Argentina, a collaborator from schoenstatt.org in Buenos Aires, Mercedes Macdonough, generously offers to send the Pilgrim MTAs and material along with accompaniment, which is supported by the contributions of schoenstatt.org. This is how Pilgrim MTAs departed to a Siberian city on the border with China, to Nicaragua, to northern Guatemala…and now to Venezuela, and soon, this time at the request of the Federation of Priests from Cuba – twenty-five will be sent to join the five that the youths from Chile left in the country. 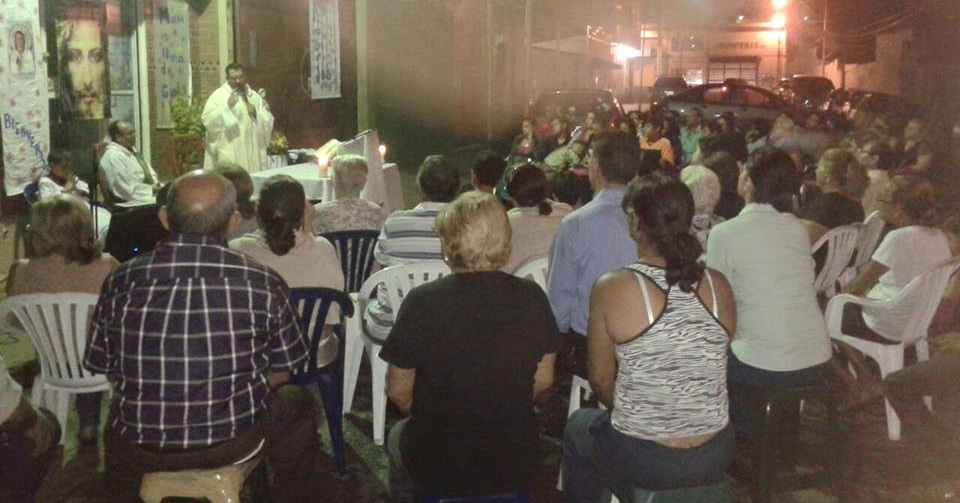 We wait for her…

The Pilgrim MTAs are prepared with love and diligence. “Our desire is for to Mary reach to the ends of the earth,” Mercedes wrote to the deacon, “But it is not free, we charge with prayers, many prayers, so that our team can work without obstacles, and thus help our beloved Pope Francis on mission from Argentina through instruments like you, so that Mary can visit all her Venezuelan children.”

“We will receive the Blessed Mother with much love and joy to begin to make her known so that she will win the hearts of those who have contact with her. A thousand thanks and we eagerly wait for her. May God bless you and let us keep in contact,” Alberto Badaracco wrote to Mercedes MacDonough, and he added: “Your message fills us with joy and encourages us. At this time, the bishop of our diocese has assigned me to serve in two parishes in charge of the ministry of evangelization and as our beloved Pope Francis encourages, we are already carrying out missions in the streets with people’s acceptance and joy. With the Blessed Mother’s arrival, there is a new motivation with the strength of the Holy Spirit. I do not want to bore you with more details, but I believe that you will be happy about these things of the Lord. Soon I hope to send you photos of the activities and mission with which we wish to conquer more souls for the Lord by the Blessed Mother’s hand. May God bless you and may the Blessed Mother cover you with her maternal mantle.”

Obviously the Pilgrim MTAs that went were blessed in the Shrine. They went in covenant solidarity with Pope Francis, loyal to his request of going to the peripheries, of his request of a missionary Schoenstatt reaching out to others. But there is something more; at this time, “Father’s Pilgrim MTA”, which Don Joao gave Father Kentenich and that he received on March 19, 1968, is on pilgrimage throughout Buenos Aires. At this moment, it is in Mercedes’ home. The Pilgrim MTAs left for Venezuela touched by Father’s Pilgrim MTA, therefore they were “sent” by the Pilgrim MTA who was “in the hands of two saints,” as they say in the Campaign.

May Father Kentenich’s blessing for the Campaign reach Venezuela, and with her, may the message of the Covenant of Love reach the ends of the world! 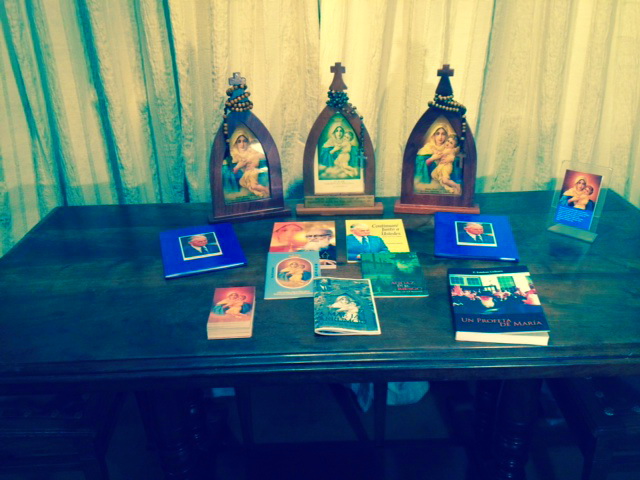