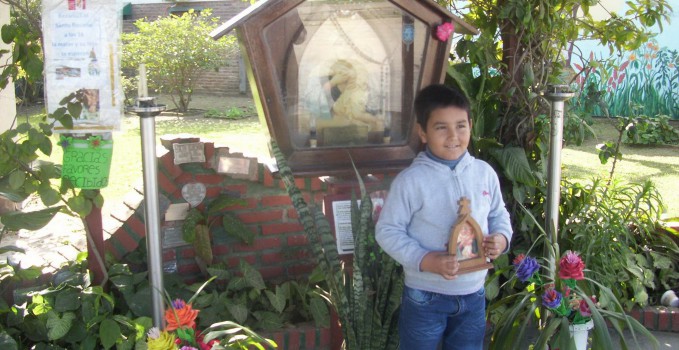 Juan Bautista is six-years old, and he is a new Pilgrim MTA little missionary. He offers his hands, his feet and his heart to walk with the Pilgrim MTA. As a gift for the 17th anniversary of the Rosary Campaign, which will be celebrated at the wayside shrine of Goya on August 18th, Juan Bautista, offers his childlike innocence with loving trust and with great love for the Blessed Mother accompanying Mary and taking her to his friends, so that Jesus can live among them!

He brought his Mother to Mary 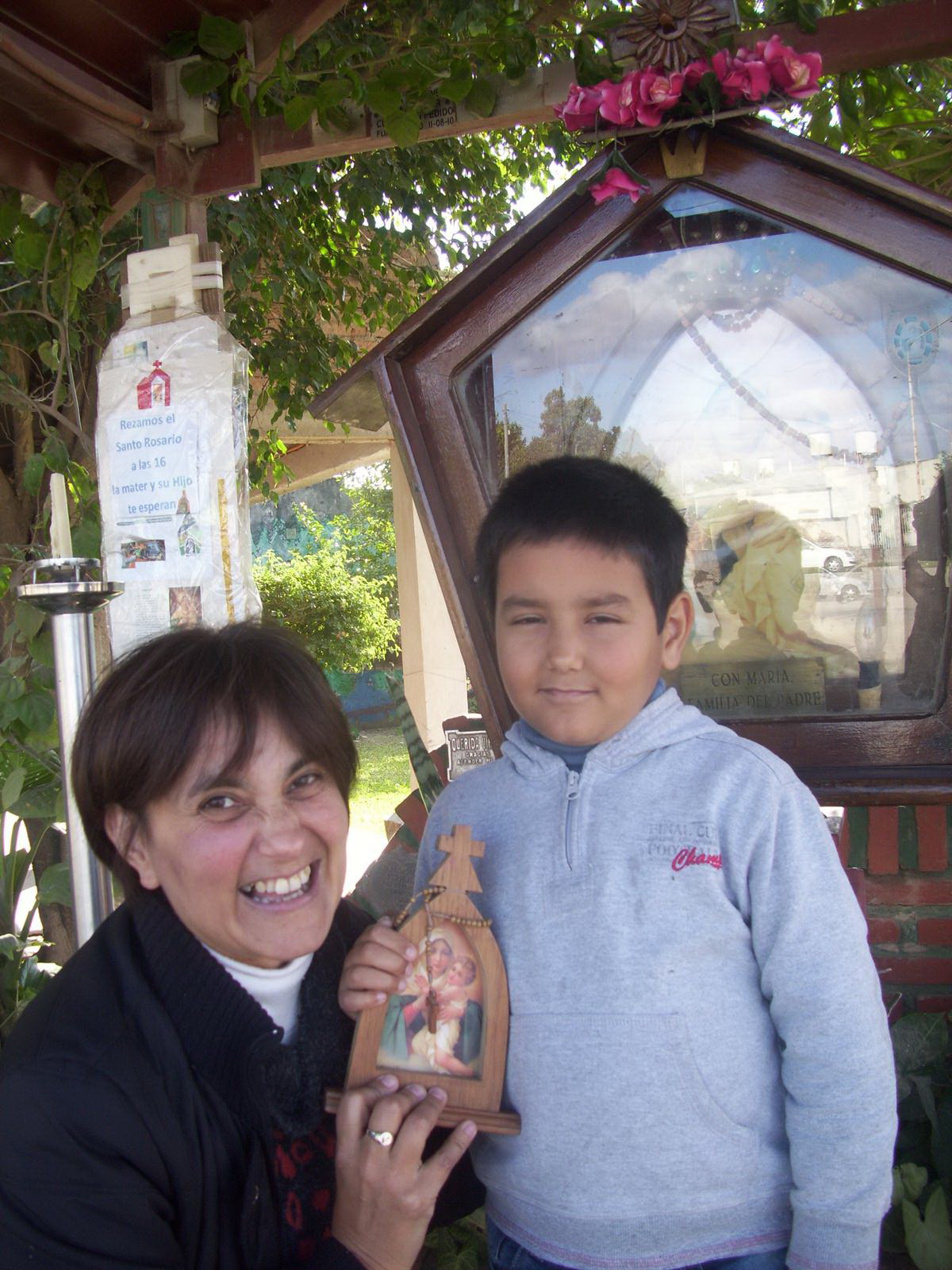 His mother, María Isabel, is a missionary of the Goya Rosary Campaign of the Pilgrim MTA. She loves God with all her heart, she knows he and his Mother love her is, and she transmits this every moment.

Her 6-year old son, Juan Bautista, is nourished by this love everyday. María Isabel relates that it is the boy who brought her close to Mary since he was very little. When Holy Mass ended, they had to go to greet and to pray before the picture of the Blessed Mother. She movingly relates how the Blessed Mother is a very special mother for Juan.

Every time that Juan goes to the wayside shrine, either on the 18th or to pray the Holy Rosary, he has a very tender encounter with the Blessed Mother and Jesus. He touches her, he embraces her…It is beautiful to see him in a dialogue of love just between the two of them.

I want to be a missionary

One day he told his mother he wanted to be a missionary. They talked about it, and they decided that when he was ready, he would receive a children’s Pilgrim MTA; he could not stop thinking about this possibility…

“So, one day, we prepared a Pilgrim MTA for him; we talked with him at the wayside shrine…and we truly understood that the Blessed Mother had chosen always to walk with him. When he received the Pilgrim MTA…Oh his eyes and his face were so happy!” Inés Petiti relates.

He looked at her, he placed her on the altar, where we prayed at the wayside shrine, he took her once again, and he looked at her… After a while he told me: “I want to be 12-years old…so they can give me a larger one!” 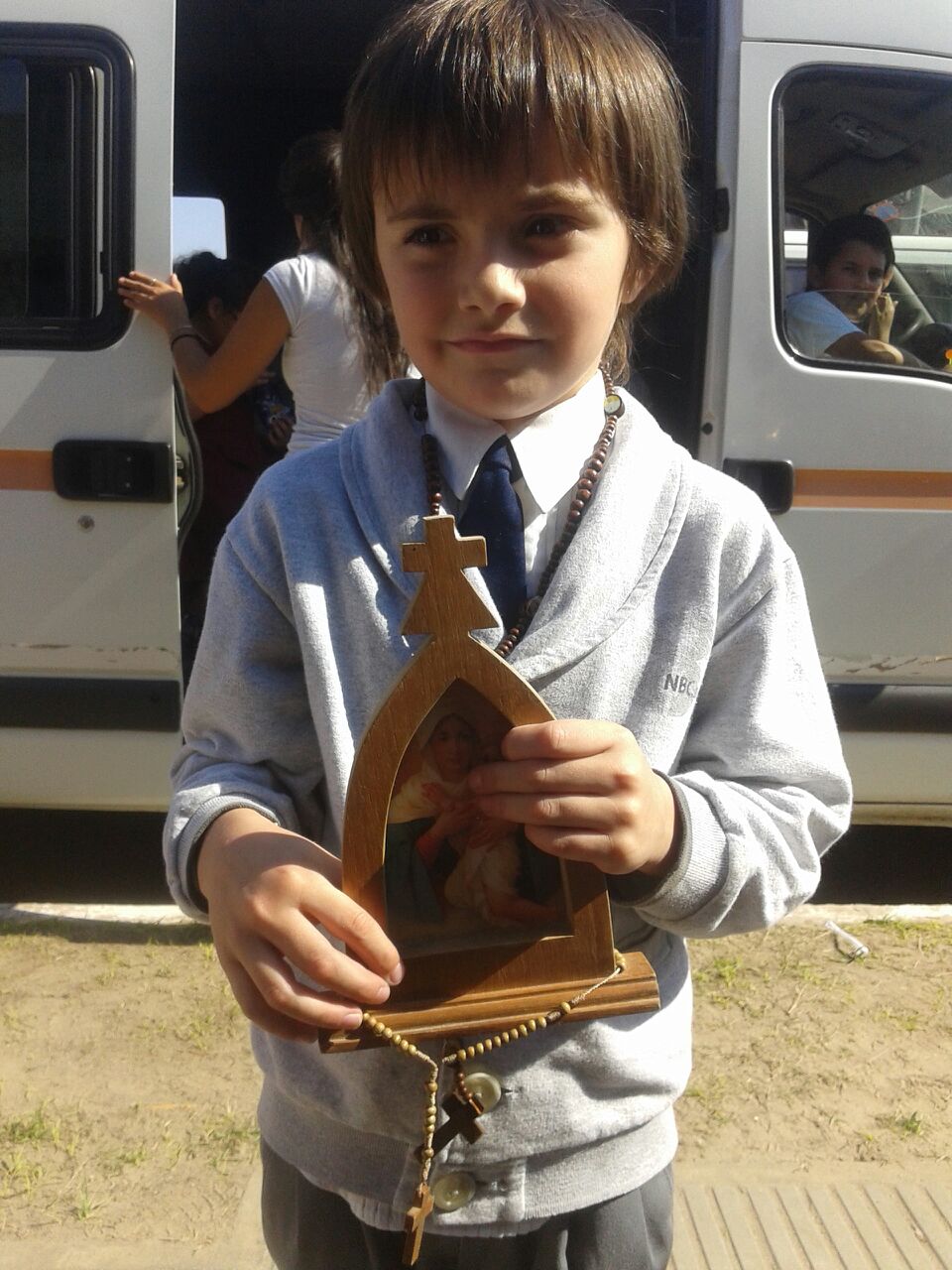 The pilgrimage of the Pilgrim MTA has already begun at the hands of little Juan; we know that she will not remain still.