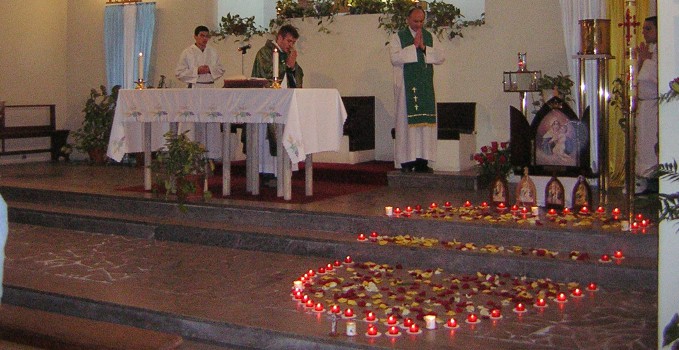 An illuminated Rosary full of goals and blessings…

ARGENTINA, by Rosita Ciola, missionary of the Pilgrim MTA in the Diocese of Morón, Buenos Aires •

July 4th was a very special day especially for Morón, Buenos Aires’ Pilgrim MTA missionaries, because Paraguay and Argentina were playing in the South American Cup semi-finals, and Father Jacinto, from Saint Joseph Parish who recently opened the doors of his parish so that we could take the Auxiliary of the Blessed Mother, asked if we could have an illuminated rosary before the Mass, exactly at the same time as the game. This was our first illuminated rosary in the city of Morón, diocesan seat of the same name.

Obviously we said a heartfelt “yes,” first, because we could not believe this holy man’s openness, and secondly, because we are always willing to fulfill priests’ requests if it is within our ability.

That Saturday a group of missionaries from throughout the diocese came, some traveled quite a distance in order to accompany us. Very early we began preparing everything for the rosary; Father Jacinto asked us: “Will people come?” We did not have an answer, but what we did have were enkindled souls and great love for the Blessed Mother and our mission. This was the reason that we worked enthusiastically, like we always have, as if this was going to be a massive encounter, knowing that we, her missionary children, would accompany the Blessed Mother.

The hour was approaching and a few people began arriving; Father liked this. We remained focused on our work setting up the rosary in front of the Blessed Sacrament as Father Jacinto had suggested. Nothing could be out of place; everything had to be perfect for Her. When we finished our work, we looked up, and there were already about thirty people; we could not believe it. Father approached us and asked, “Shall we wait five more minutes?” “Of course, Father,” we happily responded, meanwhile people continued to arrive. Soon after, the prayer of the holy rosary began.

A plus of love 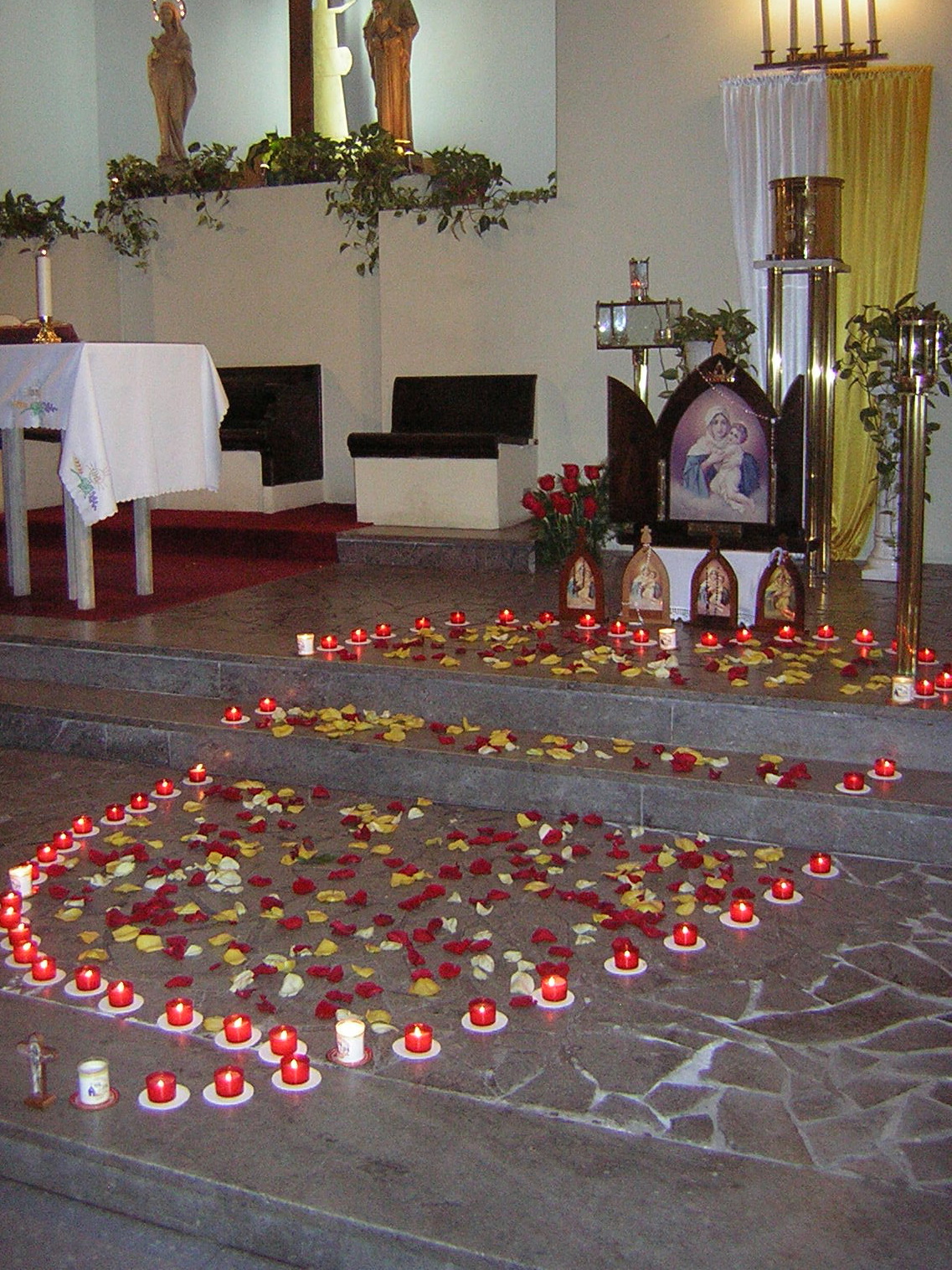 Father Jacinto offered to present the meditations while sitting in the midst of the faithful; the missionaries were in charge of the rest. We cannot explain in words the wonderful atmosphere of prayer and recollection we experienced that afternoon as the beads of the Holy Rosary slipped through our fingers. Men, women, young people, and children participated; we felt that Jesus and Mary were there among us. We were unaware of the results of the soccer game, but we were very close to the hearts of Jesus and Mary. The meditations Father Jacinto presented before each decade were very beautiful, and the highlight was when, at the end of the rosary, he invited us to pray “our consecration” to Mary in an extended form that none of the missionaries had ever done before when offering the Illuminated rosary at a parish. We immediately recognized that this was the extra love that Blessed Mother wanted to give us through this pastor, and we were truly touched to the point of shedding tears. She never fails to surprise us!

Father Jacinto was very happy, and before Mass, he announced that this rosary would be prayed each First Saturday of the month, and soon we would transform this space into a cenacle of prayer and formation. This announcement was very important to us, especially, when he mentioned that Schoenstatt missionaries would be in charge.

We truly did not have any other expectation than going to this parish once and taking the Pilgrim MTA, as usual, anything more was truly a gift.

Our hearts were filled with joy, and we felt that with every prayer of gratitude and offering we had offered in Holy Mass, we were shouting the Blessed Mother’s goals! Undoubtedly this was an illuminated rosary full of goals and blessings, and in it, we, the missionaries, could once again see the Father’s and the Blessed Mother’s will. They are the ones who always move to go out to the encounter of our brothers/sisters.

To the world’s peripheries

As Joao Pozzobon said, the rosary is the Gospel of the poor, and through it, the missionaries from Morón want to go to the peripheries in search of the neediest, the most marginalized, those who suffer humiliations, contempt, the forgotten, the oppressed, and everyone who does not know Jesus or who has forgotten Him. Therefore He will be the one who brings them close to the Father’s love and mercy. To a love that gives dignity, heals, embraces, caresses and accepts each one just as they are and reminds them that Jesus has died and risen for each one of us that our life is very valuable and everyone has the opportunity to change and to be saved.