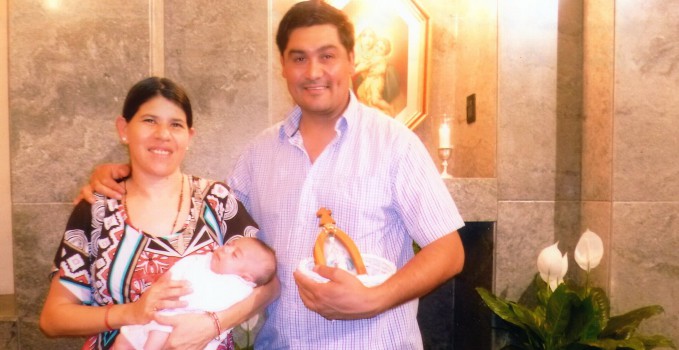 Just like every year, the missionaries of the Schoenstatt Rosary Campaign together renewed the commitment to take the Blessed Mother to families, to jails, hospitals, neo-natal centers, schools, work places, and where she wants to manifest herself as Mother and Queen.

At the Nuevo Tabor wayside shrine

The convocation was Saturday, 11April, on the grounds where the Ermita Nuevo Tabor [New Tabor Wayside Shrine] is located in Corrientes, capital of the homonymous province. Sister Elsa María Soros, the regional adviser, was present.

Prepared for Holy Mass, the place reflected the feeling of the missionaries’ hearts, with music, colors, flags…and above all, the joy of the fraternal encounter.

As a missionary of the “The Little Campaign” modality for at risk babies and children, I relate the team experiences. Several days before the meeting, we gathered the five missionaries, along with a new mother, who will receive the Pilgrim MTA next Saturday, the 18th, to prepare ourselves spiritually for the renewal of the commitment with the mission. In addition to retrieve the Little Pilgrim MTAs that are with the children and their parents, taking care that they, along with the little Moses that accompanies them, are very clean and neat, ready to go to a celebration. Because that is what this mission is about: a celebration of confidence and faith on the borders of life. 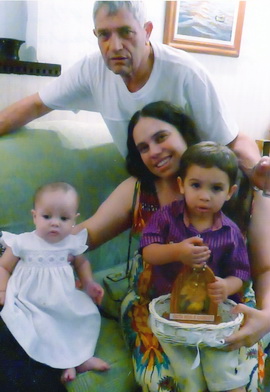 Nothing expresses the consecration of the missionaries of the Little Campaign better than the prayer the missionaries drafted ten years ago and which Father Guillermo Carmona approved in May 2005. This text has continued to be used since then.

Dear Mother Thrice Admirable of Schoenstatt: today we want to depart to visit your children, like you did with your cousin Elizabeth. You want to reach all the places where there are at-risk babies and children, using me as your instrument to consecrate them to your Immaculate Heart, confidently placing their lives in it.I want to take you from the Shrine to the parents who need your protection; I want to give them self-control and support, warmly accompanying them during moments of uncertainty that God has allowed for them. I want to genuinely and loyally commit myself, abandoning myself with trust in you and in your Divine Son, Jesus, asking good health for the little ones and peace and strength for the parents, even if God foresaw another road for them.

Mary, with your picture, your covenant, your rosary and the faith placed in the redeeming power of the Cross and the Eucharist, I will help you with my prayer and my life, in the mission of transforming the families and people you have entrusted to me. Amen.

The written testimonies that are in the notebooks that accompany every Pilgrim MTA are a true reflection of the Blessed Mother’s work when the children are consecrated to her Immaculate Heart; miracles of life, hope, and of strength.