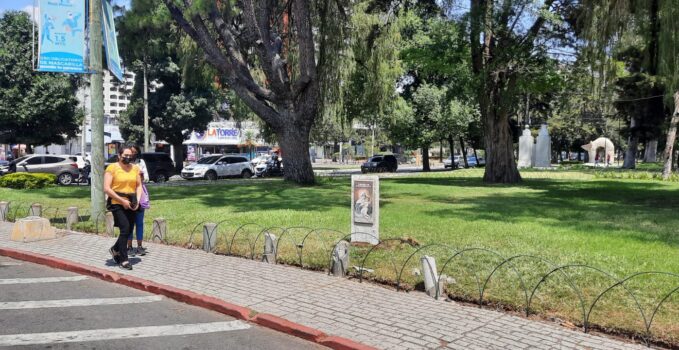 “When we picked up Fr. José Luis and were driving through the city, he suddenly saw one of our urban wayside shrines on the side of the road and told us: Look, look! and asked us to slow down to take a good look and take pictures … and we wanted it to be a surprise for him, but …” Urban wayside shrine? “Yes,” explains Cori Verdugo enthusiastically. “That’s what we wanted to call these wayside shrines in the city, which are not corners to stop and pray for a long time as you can do in the countryside or in large parks, but they are for people who pass through the streets, walking, by bike or by car, without time… and who take a look, in a moment, at the Blessed Mother… and who pass through her motherly gaze.” —

It is an initiative of the nascent Schoenstatt Family of Guatemala City. Two years ago, for the month of Mary, which is celebrated in Guatemala in May, they filled the city with the picture of the Mother Thrice Admirable of Schoenstatt and a phrase of Father Kentenich on digital billboards – a total of 26 screens in the city. “In Guatemala,” Cori explained to me, “the name of the Blessed Mother of Schoenstatt and the image are not yet known.” For a whole month they wanted to show their compatriots this “new” invocation of the Mother of the Lord and our Mother. They were inspired by screens with other images of Mary, of more popular advocations and took advantage of good contacts to receive the digital space as a gift.

Our Lady of Schoenstatt that comes out of a tile factory

How to make the images in high resolution and resistant to light and rain? So they can stay? A tile factory was the solution, where a total of 30 images were produced – 29 in size 60 cm x 30 cm and one larger, in two pieces. “The one-piece and the two-piece were the models. In the end we decided on the smaller, one-piece, which was easier to install.” They found a person who knew how to assemble the concrete bases, contacted the mayor of Guatemala City (“a very Marian man”), and looked for locations in the city to install the urban wayside shrines.

The first two – among them the one found by Fr. José Luis – are already in emblematic places of the city and with a lot of traffic: on the street of the Americas and at the Obelisk.

In places where they cannot be removed

“Of course,” they also want to put the picture of Our Lady of Schoenstatt back on digital screens in May.

And what about the two-piece?

And what about the two-piece, I ask Cori. “Fr. José Luis took this one for Costa Rica!” – that is, now Guatemala is inspiring Costa Rica…Just like at the beginning of Schoenstatt, when Fr. Kentenich entitled the first Schoenstatt magazine, the “MTA”: Mutual Inspirations ….

Cori Verdugo will be at the Pentecost Congress. Perhaps the program will allow her to inspire others with the initiative of the urban wayside shrines … or already before, with this real history in the “new MTA”, as Fr. Antonio Cosp called schoenstatt.org.

Anyway, there will be one or several articles for when the other urban wayside shrines are placed… and when it is the 18th, and for the sending forth of the missionaries of the Schoenstatt Rosary Campaign the Schoenstatters of Guatemala City are in the church of the Augustinian Recollects…. 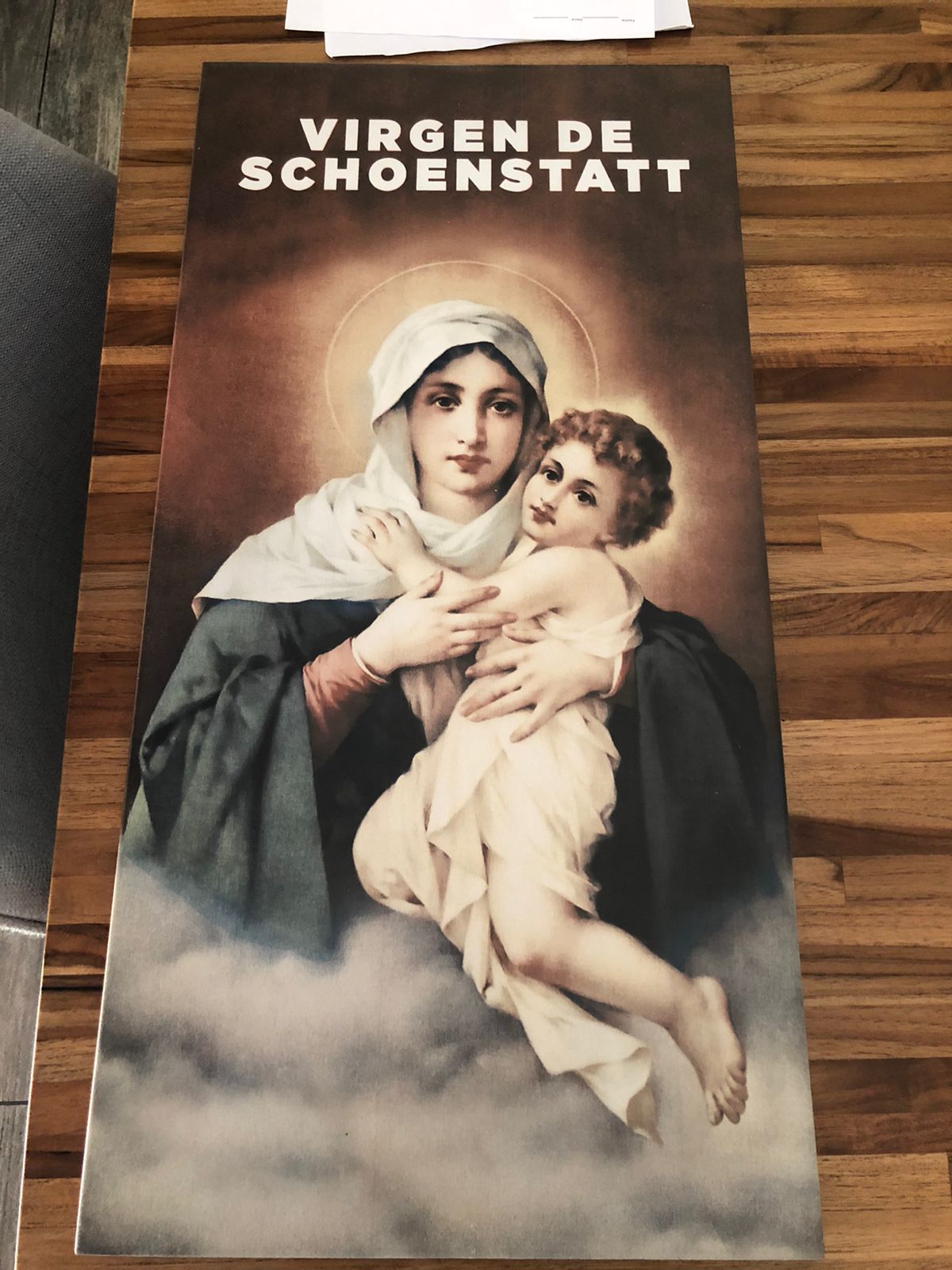