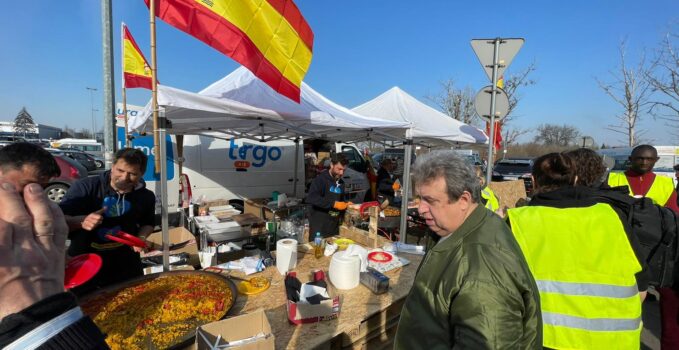 We stand with Ukraine: Concrete solidarity in Medyka refugee center

Concrete Solidarity: Benjamin (34 years old, 4 children) and Juan (22 years old) Arizu, sons of Ambrosio Arizu, from the Spanish Family Federation and initiator of “Madre, ven”, went together to Poland, rented two vans and traveled to the Ukrainian border to look for people and take them wherever they needed. —

Benjamin has been married for eight years, has four children and is with his wife in the Madrid Family League. Juan is finishing university and recently came back from his missionary work in Asturias, very touched. They meet at the Serrano Shrine for adoration.

A small shopping center transformed into a place of help.

First of all, thank you all very much for your help and especially for your prayers. It is difficult to explain what we have experienced these days in Poland because we are not quite sure how we feel. However, I am going to try.

We arrived without knowing very well what we were going to find. We had read and searched everything we could about the situation at the border and it was exactly what you would imagine and yet it hit us like a mule kick.

The Medyka refugee center is a small empty shopping center, converted into a logistical center for the arrival of refugees and their connection to other centers or travel to the various homes of family, friends or volunteers where they will stay. The first thing that greeted you on arrival was a battery of cars and vans, a very long row of portable toilets like the ones at the construction site and at the door of the center, a van with an awning and adorned with almost half a dozen Spanish flags. Inside you would find a group of people from Alicante making rice in two large paellas and a man with a leg of ham cutting and distributing portions among refugees and volunteers (help the Spanish way). During the days we have been there, the most normal thing was to see refugees and volunteers with a red plate full of paella.

As soon as you arrived, you signed up with the center’s organization to be a driver, in a process that would improve as the days went by. The army of volunteers from all over, from Ireland to New Zealand (we saw mostly Spaniards), walk around wearing yellow vests. Many of them had taken the emergency kit out of the car, cleaned, fed, translated, and tried to find drivers and match them with groups of refugees depending on where they were going. 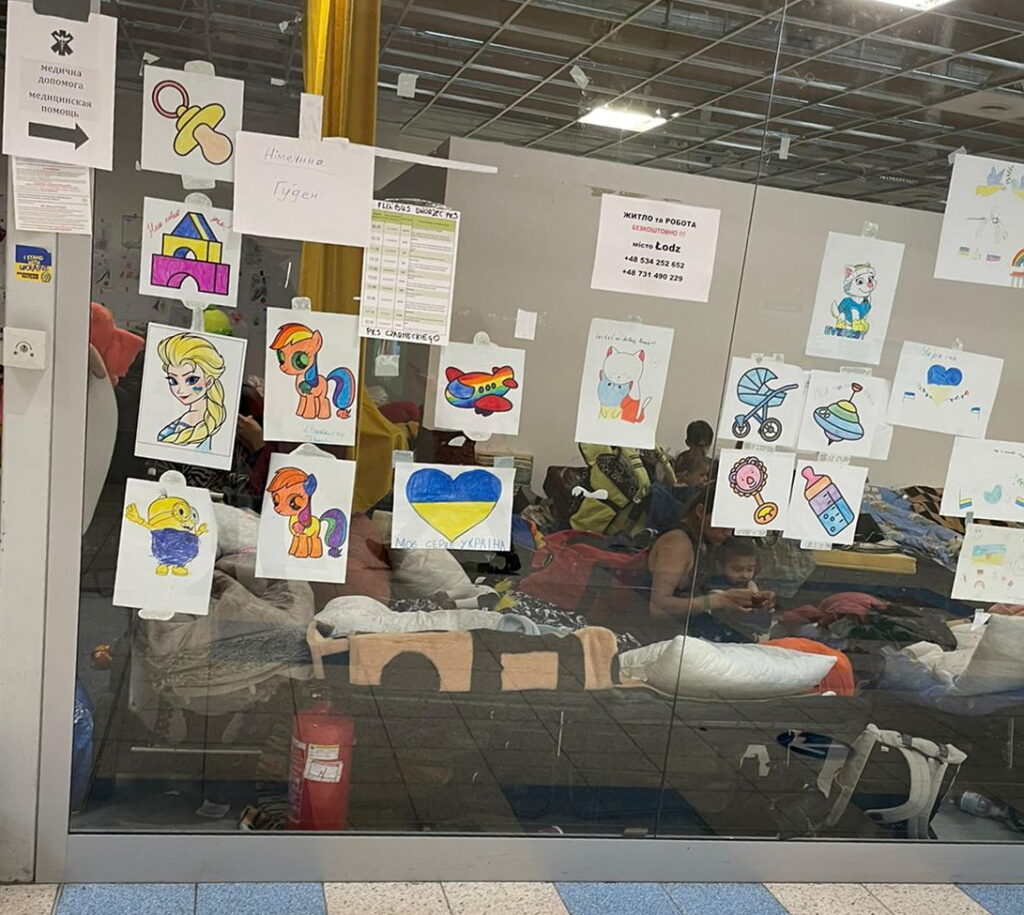 Traveling through Poland from end to end

The first three days this was done by going into the different rooms, crowded with beds and refugees, which were organized according to where the refugees wanted to travel to and asking the different groups where they were going (we did this with the help of google translate, signs and posters). There was a room for Germany, another for Spain and Portugal, Finland, Lithuania, Slovenia and so on with a lot of countries and cities within Poland.

It took a while to get, find and coordinate people, but it was simplified enough that it did not matter where we went. And so on every day.

We would drive to Medyka, find people, put them in the vans and take them where they needed to go. So, in less than a week, we drove almost from one end of Poland to the other, taking people from Medyka at the border to Warsaw, Bratislava, Piaski, Lublin, Krakow, Katowice, Poznan… We would sleep in a hotel that my wife would get us, on the way to the last city we traveled to, and we would repeat the route the next day to take more refugees.

We found ourselves surprised by how similar all our passengers looked. All women, children, and elderly. All stoic and grateful, and once they got over their distrust and fear of getting into a stranger’s car, smiling and affectionate. Of all ages and social strata. We took from a 26-year-old lawyer from Kyiv, who was staying at a friend’s house, to a mother and daughter traveling to a refugee center. From a mother with her two teenage daughters asking you if you had Instagram to an old couple you approached to meet their son.

And the gestures of gratitude were overwhelming. Most of them, as soon as they found out they did not have to pay, tried to give you some of the few things they had in their suitcases and shopping bags. One old couple did not let Juan leave without giving him a metal bracelet that they pulled out of their pockets as if it were a treasure. And although the bracelet is quite ugly, for Juan it is a treasure, and he does not take it off. 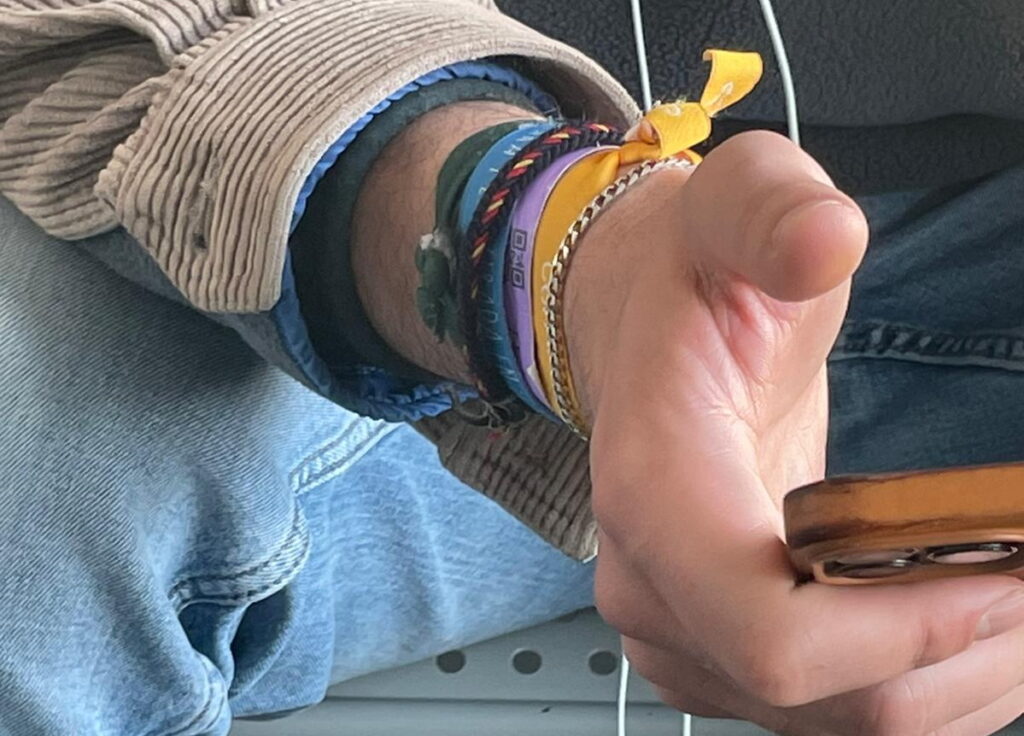 We leave sad because, although on the last day the transportation of people seemed to be under control, there are still a lot of people arriving and there is still a lot to do. But at the same time, we leave very hopeful. For the strength of all these Ukrainian women, for their joy and affection, but also for the response of the people. For all those volunteers we have met, who left their things behind, some even crossing the border and going to help Luviv. For all the help we have received and the dozens of messages of support and prayers. So, from me and from Juan, thank you very much. 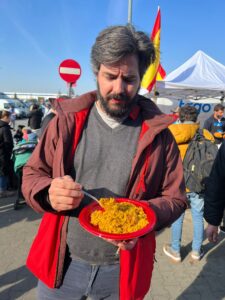 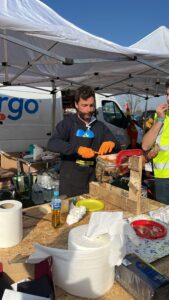 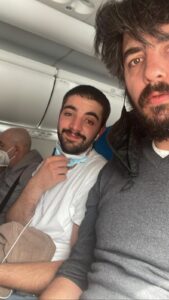