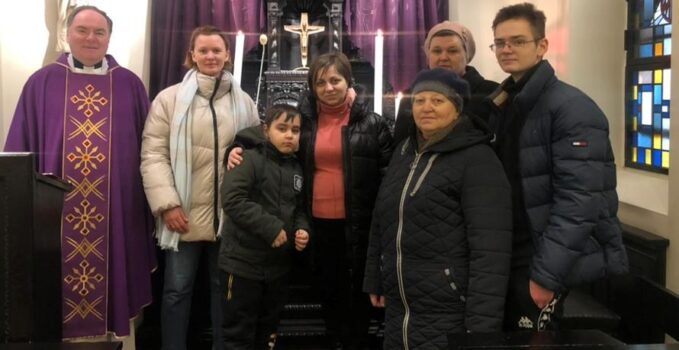 “Starting from today we are welcoming the people of Ukraine in our home. In this moment I am on the train. I see many people, most of whom are women with children. Right now, all is calm here. Up to yesterday, more than seven hundred thousand refugees had arrived. The men have gone off to fight in Ukraine. They are around 70,000”, so wrote father Arkadiusz Sosna from Poland this past March, imploring prayers for peace.  —

Some have stayed just for a short while, “only passing through,” merely the time necessary to unite with relatives abroad or arrive in other welcoming centers. Those, instead, who have nowhere else to go will remain with us for an indefinite period.

For example, a teacher of Ukrainian language and literature is staying here with her relatives. They are from Zaporizzia. Her husband and elder son of twenty-nine have remained in Ukraine to defend their country from Putin’s invasion. The younger son of sixteen has instead come to Poland with his mother. 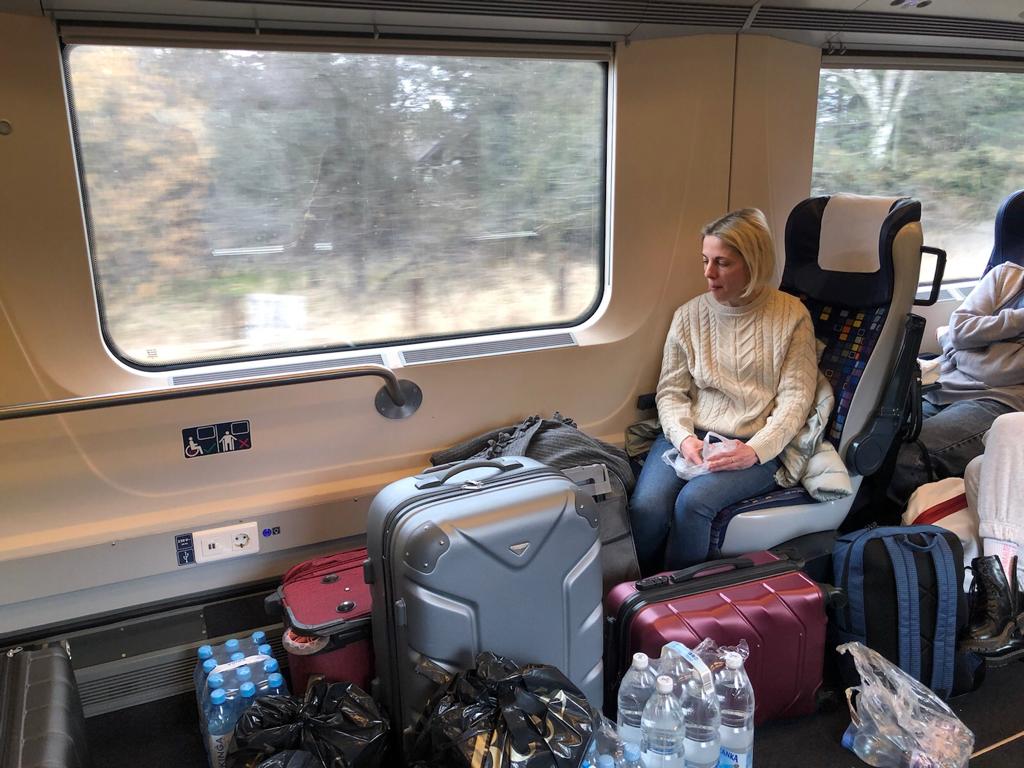 On February 24th, while the stunned western world was celebrating the beginning of Carnival, a family – who now reside in the home of the Fathers – were awakened by the explosion of bombs and rockets. From February 25th to March 1st, they were victims of bombardments and bullets. Every day they heard the wailings of anti-aircraft sirens. Several times throughout the day… and even during the night. The walls of the house shook, so the shelter was their only sure place of safety. The house, by now hopelessly damaged, had to be abandoned because the grandparents decided to save their children and grandchildren. On March 4th they managed to escape by train to the Polish border. They arrived in L’viv (Lemberg) after twelve hours, with few bags and backpacks containing their most important documents and personal belongings. The following stop was Chelm, in Poland.

They then took the train to Warsaw where they were welcomed by volunteers, registered, and sent to Jozefow. They were offered shelter inside a school gym along with other refugees. One of the women of this family, who had set out with her 10-year-old son, is pregnant. Thanks to the attention and assistance of the town administration, they did not remain in the gym but were accompanied to our home. Owing to the wonderful collaboration existing between the town authorities and our community, we are now able to meet the expectations and needs of the persons who have been most hit. Even if this is only a drop in the ocean. Before coming to us, these people were leading a peaceful life in Ukraine as teachers, laborers, school, and university students.

The most moving moment for me was the greeting between a woman and her daughter-in-law who arrived here three days later. They first warmly embraced, before calling the son and husband who is fighting near Kyiv. They asked: “How are things there, are you well?” After which, a sole and constant prayer: “All will be well, all will be well…” Will they meet again? Their greatest joy was to be able to speak with each other and to know that all are well. 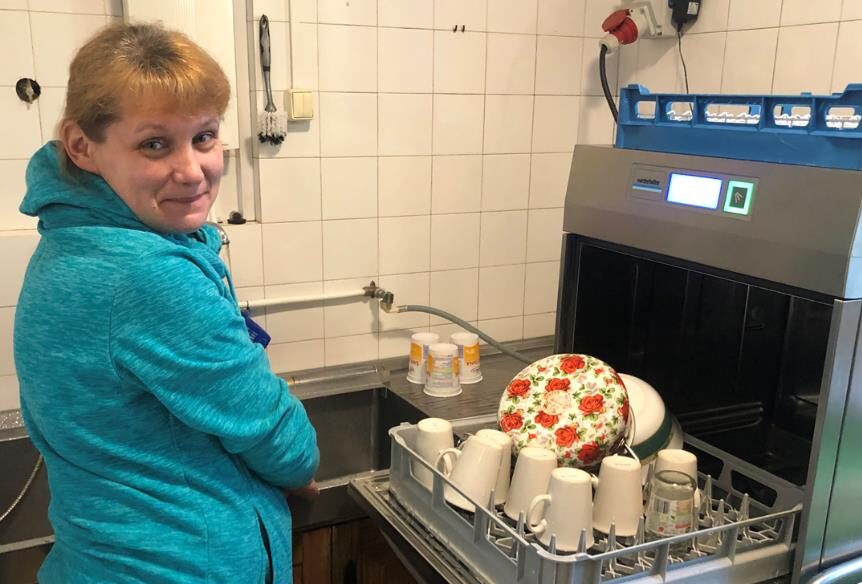 The family of the bakery in Kyiv

They are a grandmother and a mother with two children. They come from Kyiv. There they were enjoying a tranquil life, with a pastry shop and a bakery. There was peace, security, financial stability, and family harmony.

On the morning of February 25th, a rocket fell in front of their shop, without exploding. They understood how dangerous things had become. The endless bombardment forced them to flee to a village near Kyiv. They fled by car. Grandparents, parents and two children. They passed several relatively calm days; however, the feeling of tranquility did not last long. A column of Russian tanks had approached the village, stopping barely a distance of five kilometers. All hell broke loose. The flight began. Midst the chaos and panic the grandparents got lost. Fortunately, after two days they managed to find their way back. The constant air raids and bombardments, the absence of electricity, water and heating forced them to escape from Ukraine. Many fled, but not all: the men remained while the women and children headed for the Polish border. The journey, often interrupted by air raids and rocket fire, luckily ended with their arrival in Poland. These refugees will remain with us for several days, and then will continue their journey with friends. 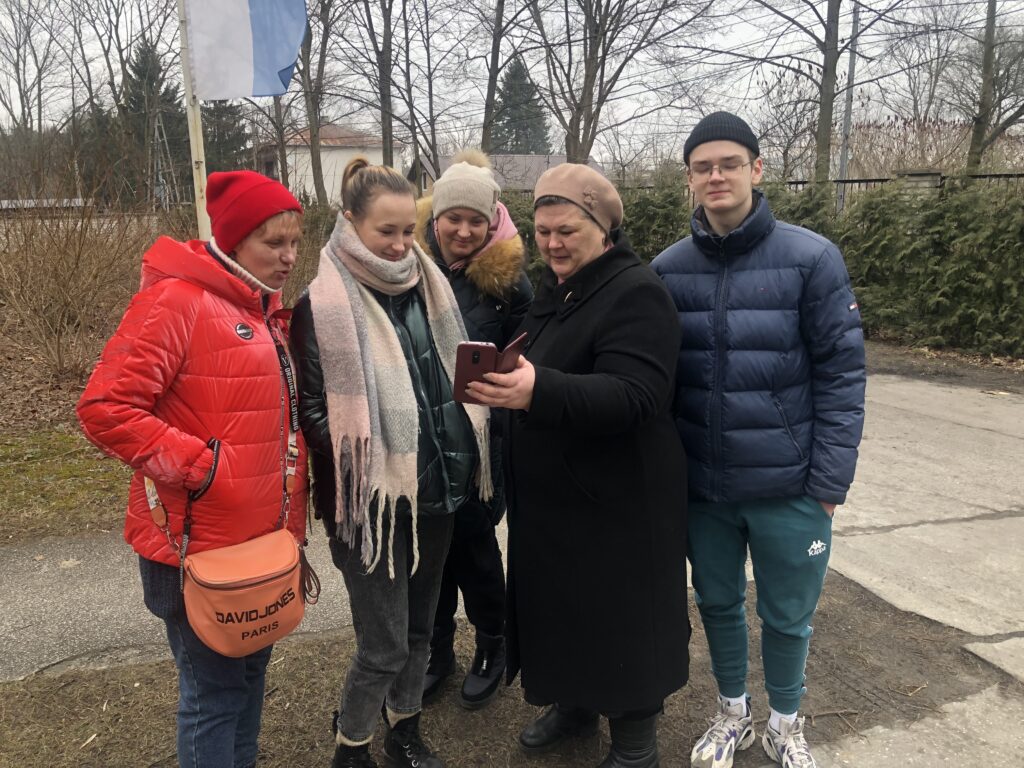 There is also a man who always returns to us when he accompanies women with children from Kyiv to Poland, just as Benjamin and Juan Arizu from Madrid do. After eating a quick meal and passing the night with us, he returns to get other women and children. He tells us: “As long as I can, I will do this.”

How long will all this last? We do not know. For us, the life in our shrine of Sion has assumed a new pattern. We have adapted the life of the community to the situation of our guests. We try to help the refugees as best as we can, and they actively participate in our home: the women above all in the kitchen, the men inside the home and in the field as well. They long for some normality, in a situation that is practically beyond words.

On Sunday I celebrated Mass in our shrine. Tears, deep feelings, the exchanging of peace, the communion received… Through live YouTube coverage many families in Poland were also able to participate. We prayed for peace, all together. The shrine has now become a place of prayer individually or in community, on behalf of peace. 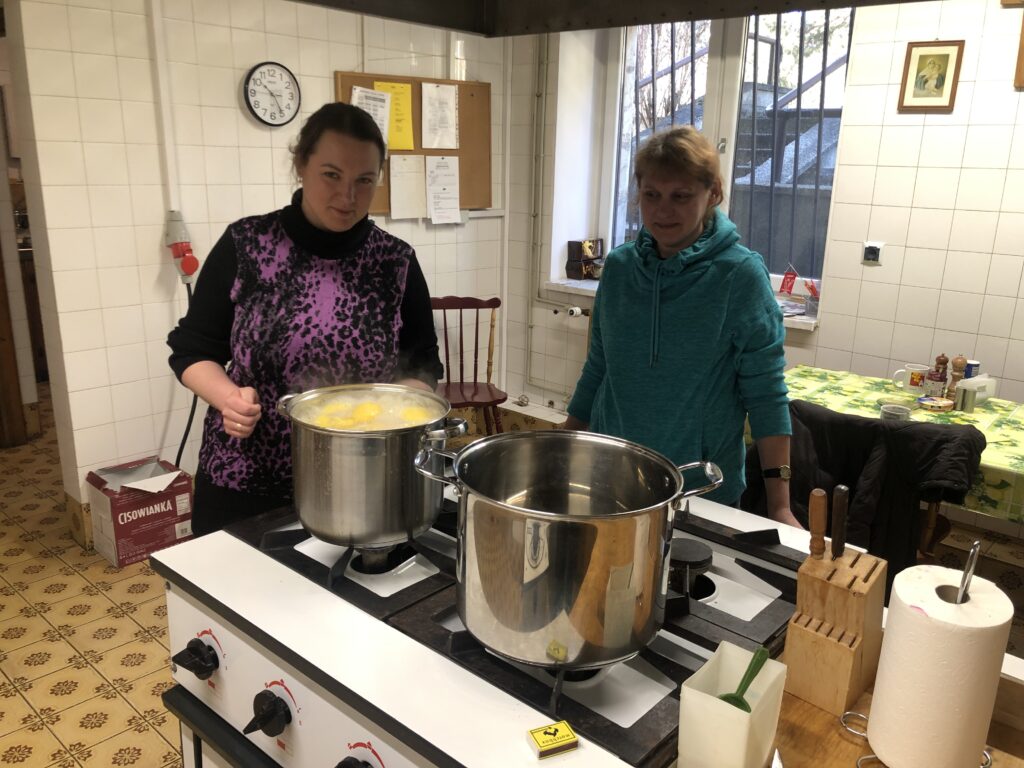