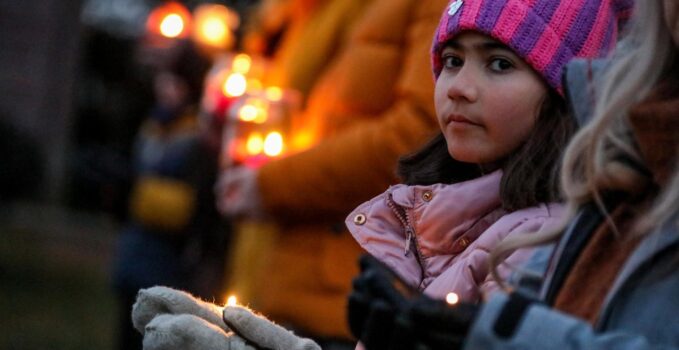 Posted On 2022-03-06 In Covenant solidarity, Schoenstatt - Reaching out

A sign of solidarity: on Friday evening, more than 250 participants, candles in hand, formed a human chain from the little chapel to the Victory Column in Dietershausen (Fulda district). “We want to help and pray for the people in the war zone. We hope that the hopeless situation will be solved and the suffering in Ukraine will end,” said Ilona Wehner, a citizen from Dietershausen and initiator of the action. —

The idea came up spontaneously: “I woke up and thought that only a miracle can happen – and we have to ask for the miracle. We have our faith and therefore we should pray. Here in our town, we have the shrine and the Victory Column, so I had the idea to invite everyone to form a human chain with lights.”

The Victory Column, explained Sabine Merdes, who had distributed flyers with the invitation the day before through social networks and the schoenstatt.org network, was originally erected in view of the Cold War – practically within sight of the “zone border,” as the inner-German border secured with firearms was called at that time. A Cold War that seemed to be overcome – and now a war rages less kilometers away from Dietershausen than Rome or Madrid. 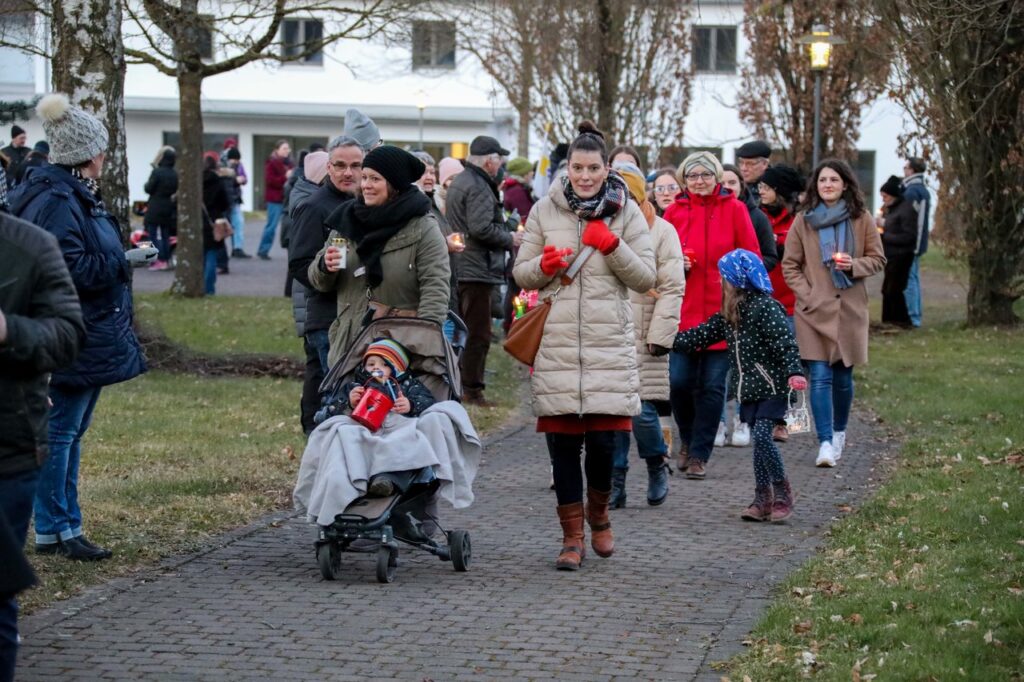 Standing together as one

Wehner is overwhelmed by the sympathy. “People have shown with their families that the whole thing is important to them and that we stand together.” Here in Dietershausen, the first refugees have arrived in recent days. In the former province house of the Sisters of Mary, the Christian Church Community Rhön grants refugees safe accommodation after the attacks on their homeland. “There will certainly be more. The population in Dietershausen and beyond has brought quite a lot of donations in kind so far. Nevertheless, monetary donations are still urgently needed, because the large house must be heated – and the families should receive money to provide for themselves independently and allow them a little more independence.” 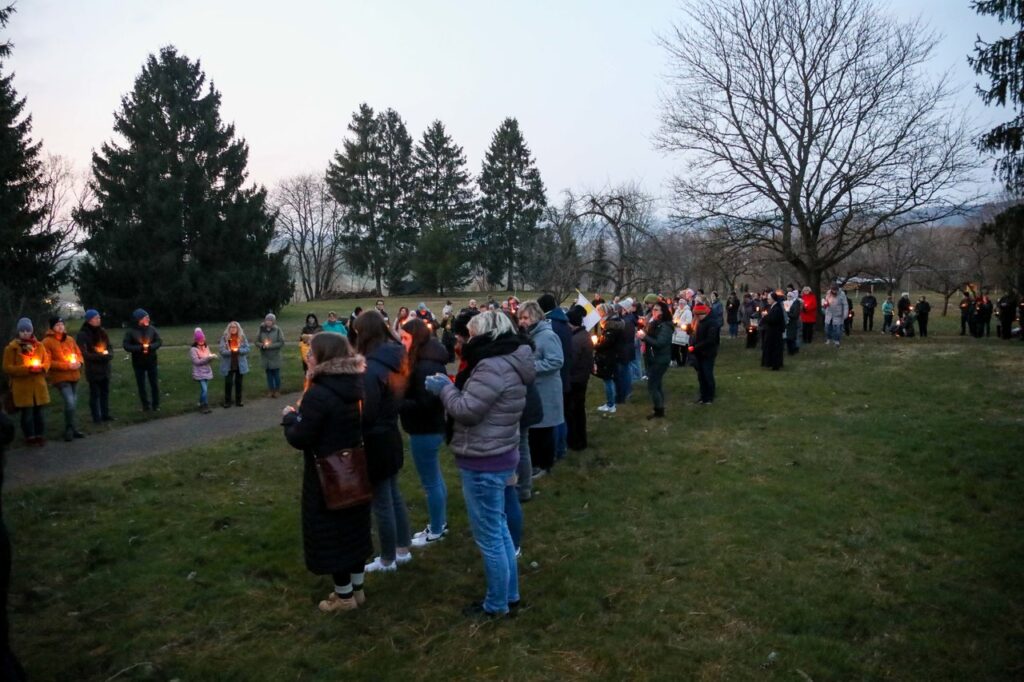 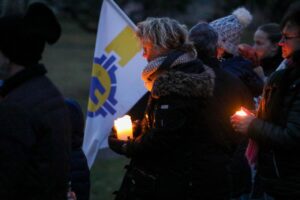 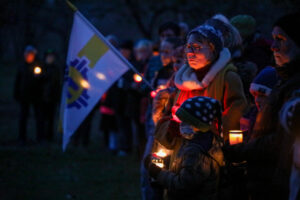 According to Wehner, the greatest wish of the Ukrainians who have been brought to safety is “that the war will end, and that people can return to their homes as soon as possible. Some families have fled together, that is fathers and mothers with their children, then there are also just mothers with their small children who are very worried about the rest of the family.”

The spontaneous action of solidarity at the Schoenstatt Shrine in Dietershausen moved Matías Fortuno, from Chile, from the schoenstatt.org team, to make a gesture: since yesterday evening, on the world map of Schoenstatt Shrines, all the Shrines are showing the flag of Ukraine.

With material from the press release, first published in:
https://osthessen-news.de/n11666123/menschenkette-im-kerzenschein-ueber-50-dietershausener-zeigen-solidaritat.html