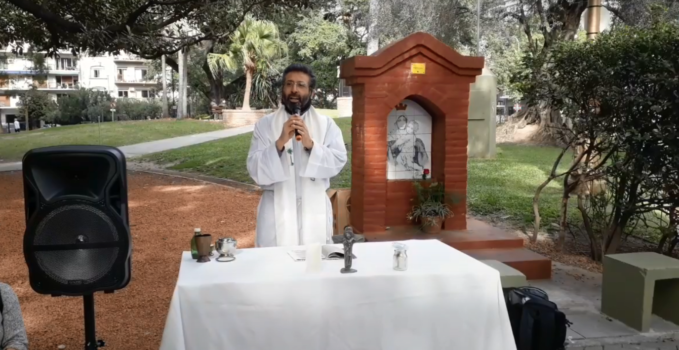 With the new measures to deal with the increase in cases of COVID, the celebration of Masses in churches and shrines can only be held outdoors. In the Confidentia Shrine, there is no outdoors space. What can we do? Suspend all the Masses in person again? No way! Let’s go celebrate at the wayside shrine in the plaza! —

Some shrines and churches have large atriums (such as the shrines of Belgrano, San Isidro or Villa Ballester) or have the courtyards of nearby schools to have, at least on weekends, on-site Masses.

A few blocks from the Confidentia Shrine is the wayside shrine of the Virgin of Schoenstatt in the Vicente López Plaza, where the rosary is prayed weekly and on the 18th of each month. Since April 18, Fr. Pablo Pérez has been celebrating four Masses on weekends: Saturday at 6:00 p.m., and Sundays at 11:00 a.m., 5:30 p.m. and 6:30 p.m. 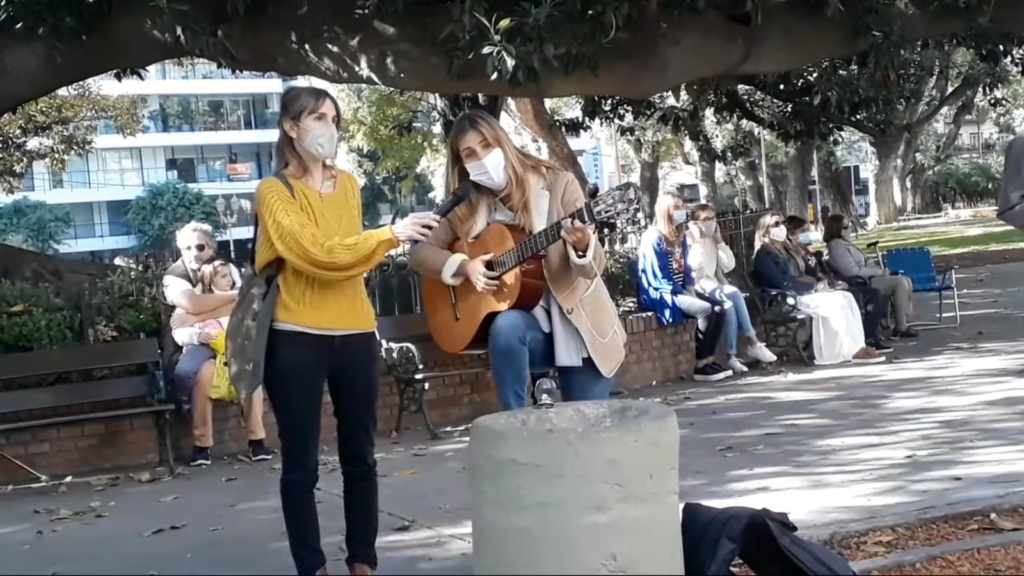 Countryside Mass in the city

With a folding table, the altar is set up in front of the wayside shrine, with a portable speaker and two wireless microphones the sound is resolved and with a few chairs for the elderly… everything is ready to begin the Eucharist, which sometimes is also transmitted through the YouTube channel of the Confidentia Shrine.

Many families and people who already know the schedule participate, but also some who are walking by have also joined in to share the Mass. The space is large and allows between 50 to 80 people to keep their distance.

Fr. Pablo explains why it is celebrated in this way and invites everyone to visit the Confidentia Shrine during the week to pray (with the current protocols) to the Blessed Mother.

Each week on Confidentia’s Instagram account @schoenstattconfidentia, the days and times are announced according to current health regulations. 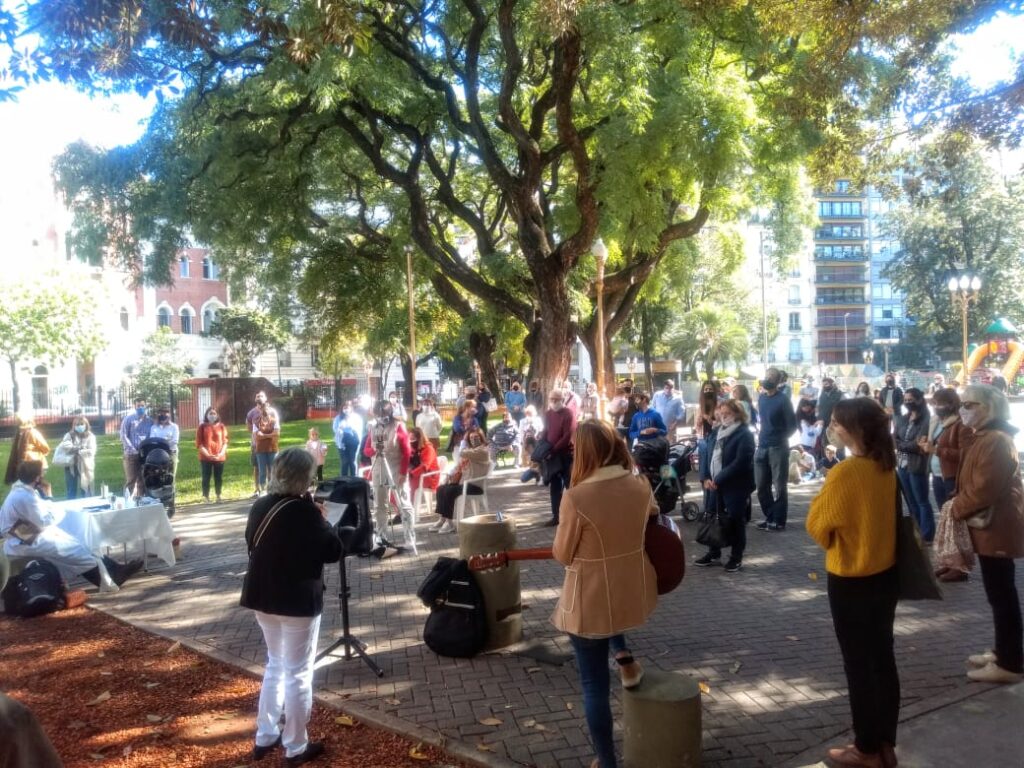