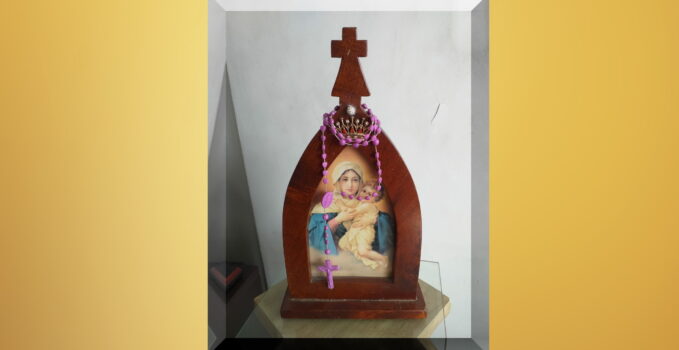 This happened in 2014. All this time I tried to write this note, but I could never finish, because I break in tears on the third line. This time I hope to reach the end, because it is a beautiful experience that deserves to be told. —

My friend Cristina and I went from Tucumán to a retreat in Nuevo Schoenstatt, Florencio Varela. We were staying at the Solaz de Maria. It was 5:00 a.m. on July 25, 2014.

I will never forget that day! Cristina and I were preparing to attend the 7:00 a.m. Mass in the chapel of the Sisters of Mary. It was still dark and very cold, I embraced my Pilgrim MTA and we went out to the chapel, happy to be there, in that little piece of heaven.

When we left Mass we ran to the shrine. I knelt before the Blessed Mother and I placed my Pilgrim MTA on the rail that separates the altar and I stared at her for a long time, giving thanks and asking, always asking, with much peace in my soul.

Then we went to have breakfast and when I finished I slowly approached the Shrine, as if savoring each step, I opened the door and my eyes were fixed on the altar. My Pilgrim MTA was missing, she left, they took her away! I felt my skin being torn off, I turned on my heels and ran desperately to the entrance, where the sentry box with the security guard is. I shouted to him that she is mine, she is MY Pilgrim MTA, that she has a purple rosary – in Tucumán we differentiate the modalities of the Pilgrim MTA by the color of the rosary – and he consoled me without understanding what was happening.

Without consolation I returned on my steps I did not understand what my friends were saying. Before so much commotion, a Sister of Mary came out of her office, hugged me and told me that she was expecting me at 6:00 p.m. to tell her what had happened. 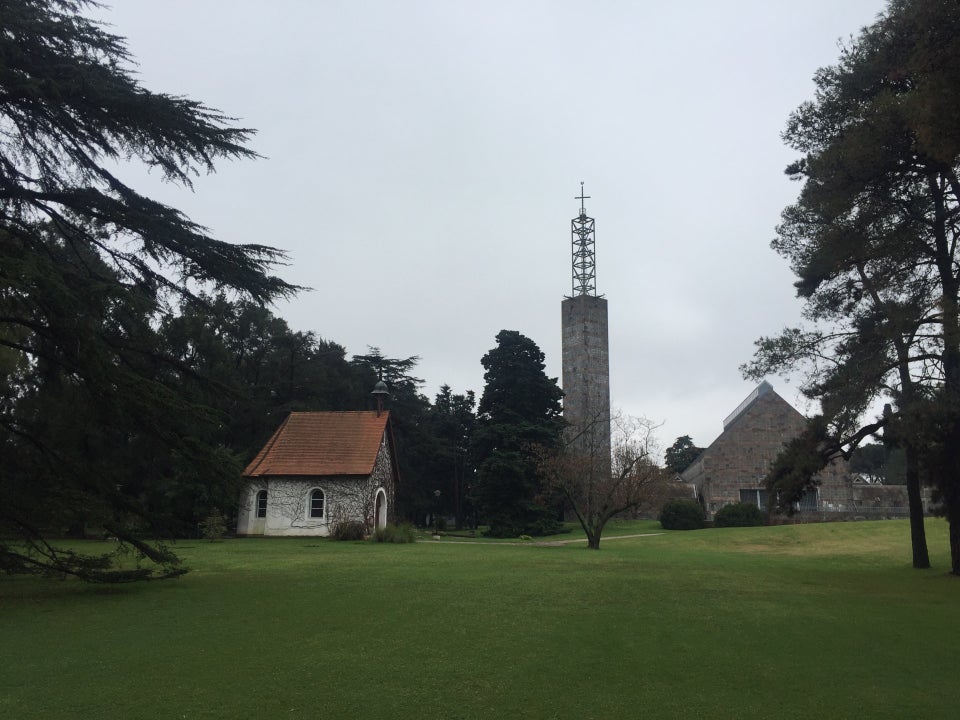 Why did you leave? Am I not a good missionary? Did you get tired of me?

The hours pass and the questions were growing. Why did she leave? Why did she leave me? Am I not a good missionary? Did she get tired of me? Did she leave with someone who would make her a better pilgrimage? Is this as far as our road goes? Is there anything I can do to make her come back? What about all our time together? What about all the anecdotes we have together? I know her very well, whoever took her knows nothing about her, no one knows her better than I do!

When I realized, I still had the folder that accompanies the Pilgrim MTA. I was disconsolate when I attended the meeting and I gave Sister Clara Maria the folder with the testimonies.  Here, I told her, crying, it is no longer useful to me, perhaps when you read it you will understand who she is for me. With all the sweetness of the world, she committed to read it that night. She explained to me many things that I did not see, that perhaps she had left to prevent a crime, that perhaps this person needed her, that perhaps she was desperate and left to help someone else. We would never know. The sister held me back permanently. Cristina was still in shock, no apparent reaction, and the others were praying for me. That’s how the retreat went. In Tucumán everyone knew what had happened, and the diocesan leaders of the Rosary Campaign gave me a new Pilgrim MTA and I was consecrated again with the modality of Serenity and Confidence, that is why her rosary is violet, that is why I shouted while running “she has a violet rosary!

Now I understand you never abandoned me, they just needed you.

On the following August 17, my daughter and I were in a very serious car accident from which my daughter was unharmed and I had only fractures. My friends took care of me for several months while my daughter worked. On September 18, I was taken to our Garden of Mary Shrine, and when I arrived, Rita Segali, a missionary sister, told me, “Someone is looking for you”… Completely astonished, Cristina, Silvia and I looked at each other, since no one understood anything, I looked under the gazebo that covered the bookstore and saw her standing! Simple, but standing!

She came back, and she also had two white rosaries! I remember the three of us crying, laughing, hugging each other, trembling with happiness.

How did she come back? – I asked.  Rita was in New Schoenstatt and Sister Clara Maria gave her to Rita.

The next day I called the sister to thank her and she told me that she found her in the shrine from where she had been taken. That she recognized her because she remembered my shouts that “she had a purple rosary”, that she turned it over and my name was written on it. Then I told her that she was in two families because she brought back some white rosaries.

I should have written this note long ago, at the request of my friend Silvia, who went through the situation step by step. There were always reasons not to do so, but I think that in spite of the time, it is always the right moment.

Thank you, Blessed Mother! Your little donkey continues to mission and you continue to work miracles! 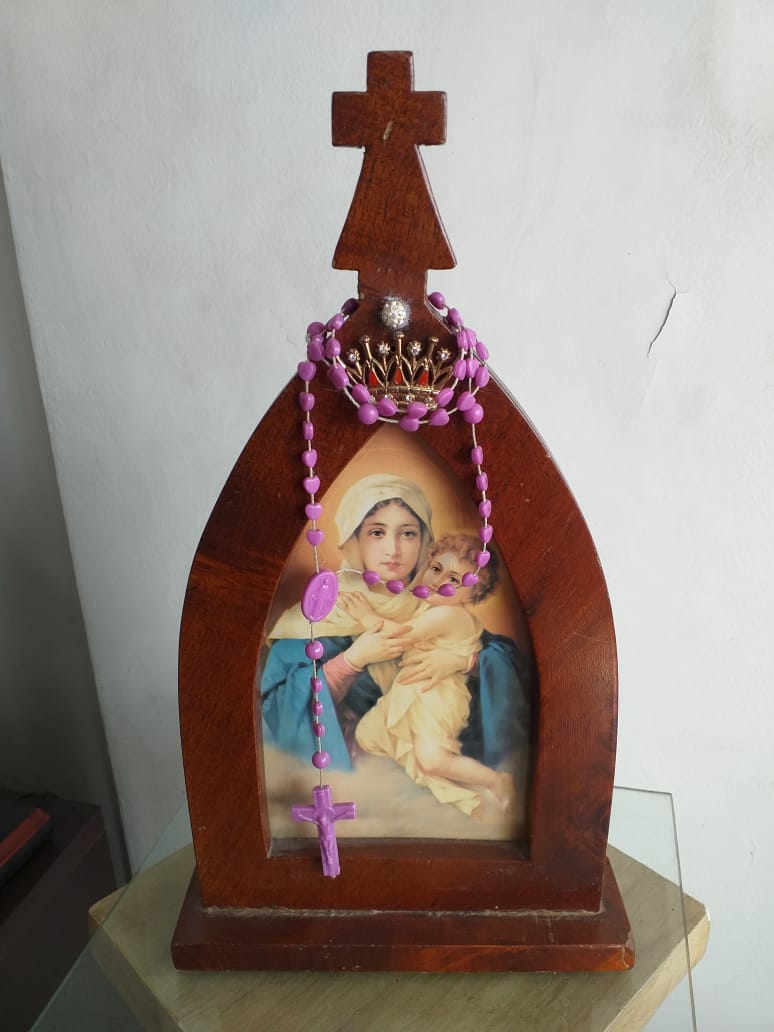